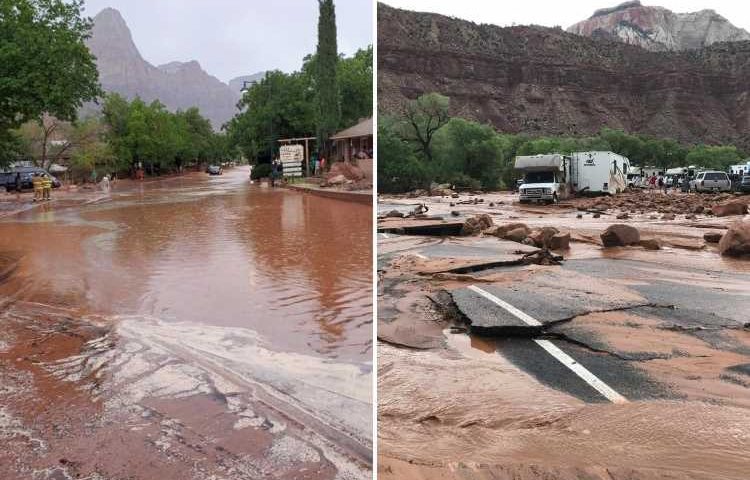 The West Coast has been under a heat dome branded once in a millennium by forecasters but the scorching temperatures caused widespread flooding in some states. 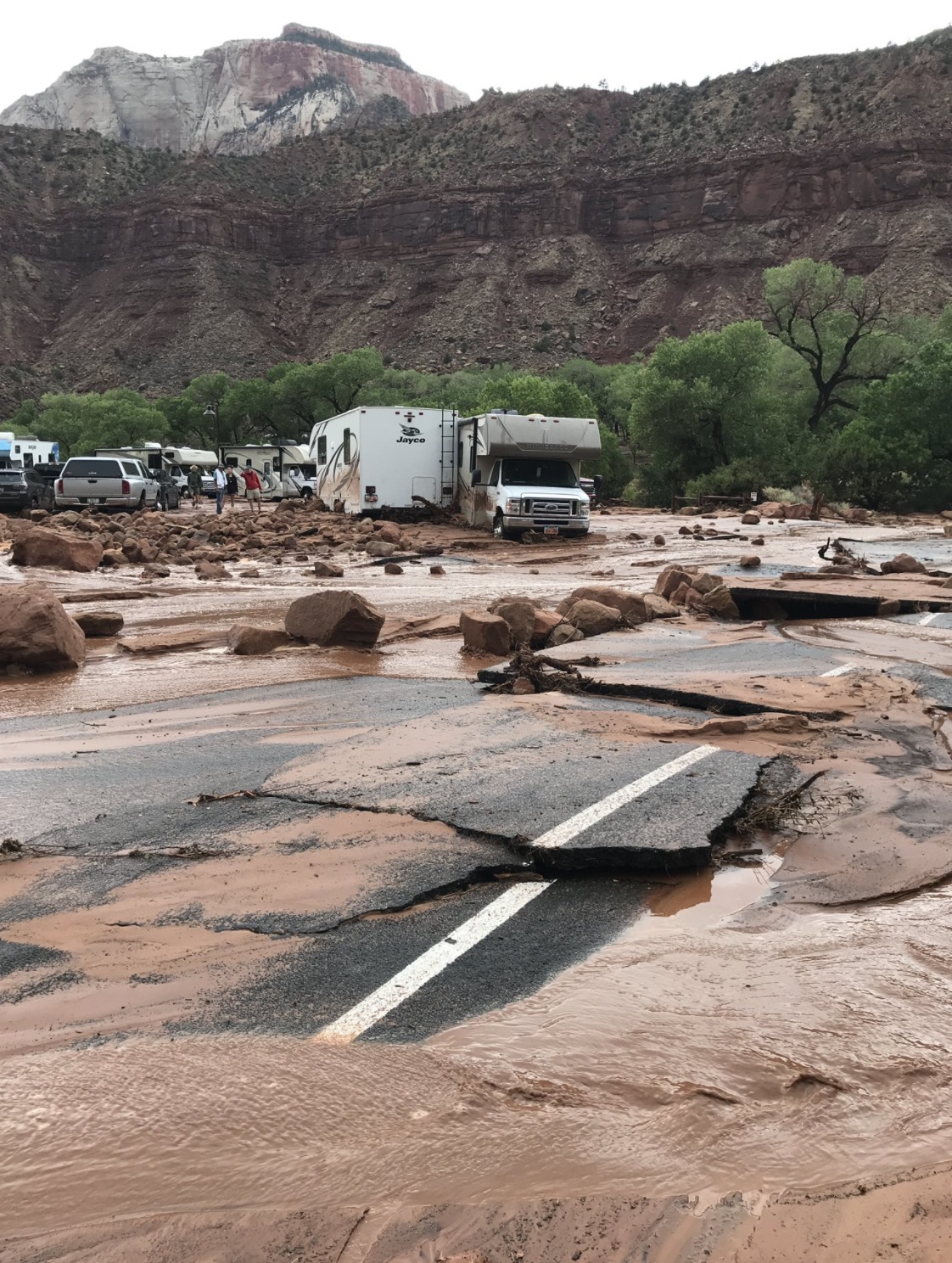 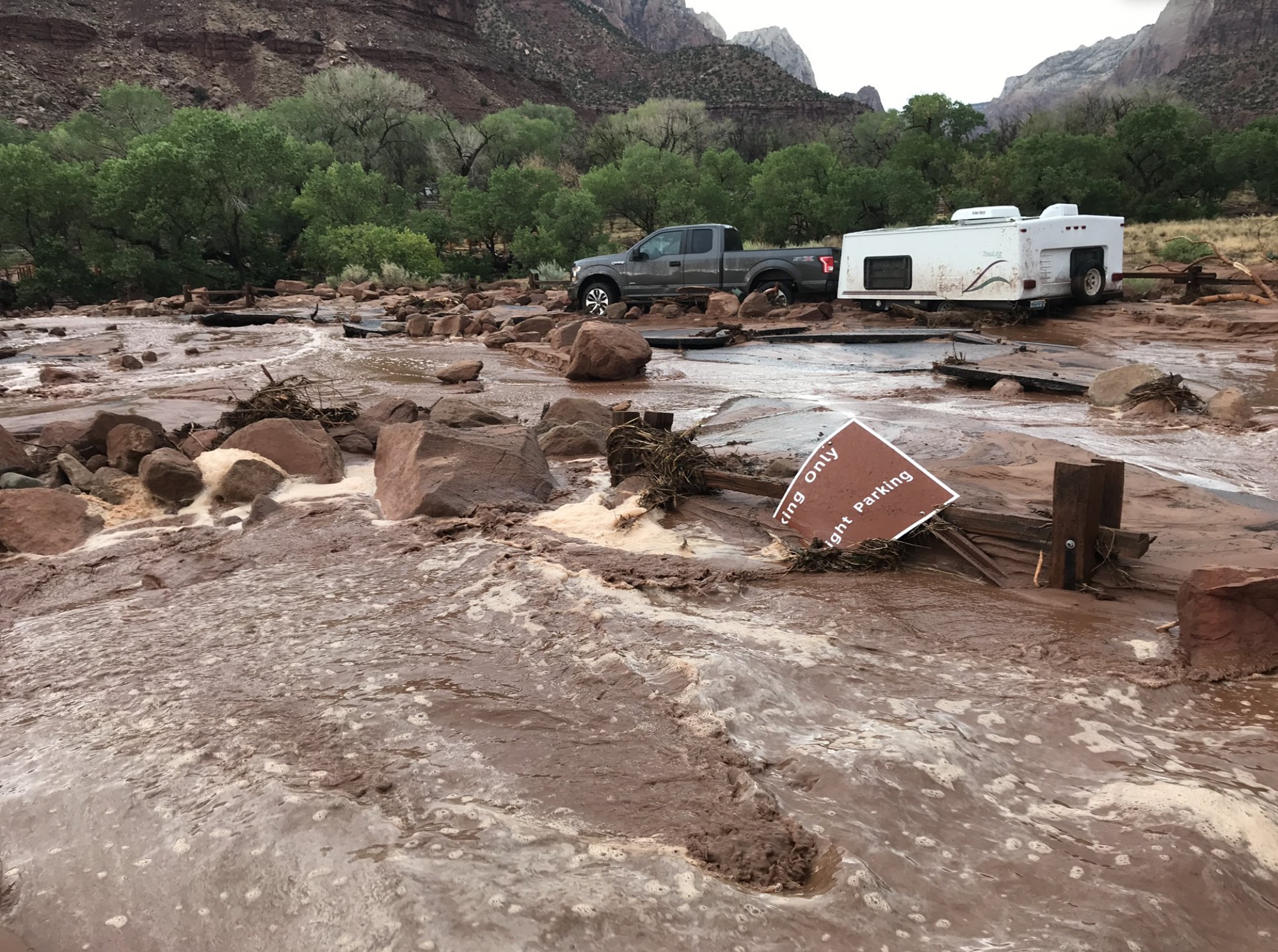 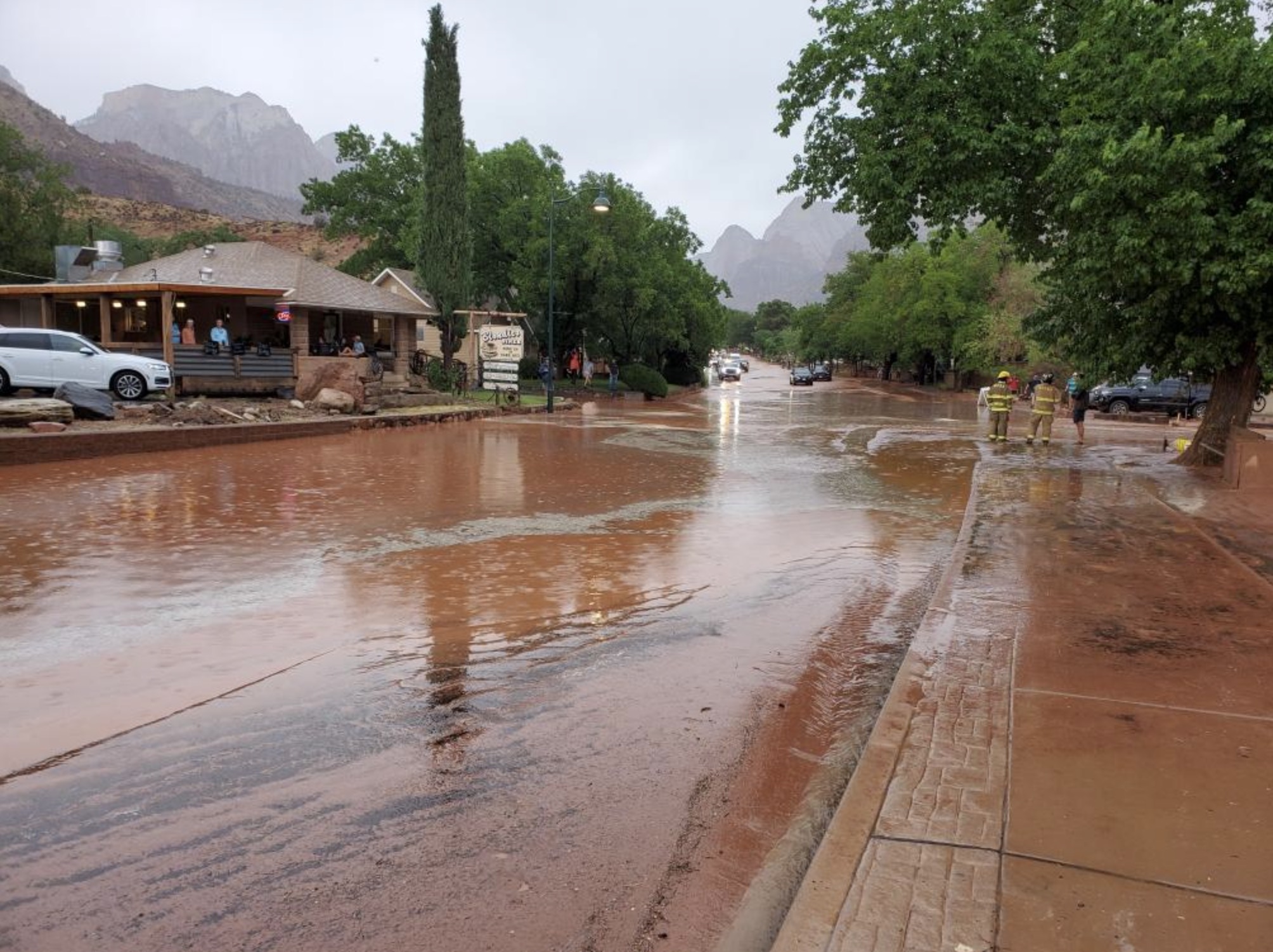 Zion National Park received over an inch of rain in just an hour on Tuesday.

The park's main road was shut down as downpours caused flash flooding and mudslides, The Salt Lake Tribune reports.

Footage shows red floodwater gushing down the road as it rushed past properties at considerable speed as debris and mud blocked trails.

Park officials closed its narrows and canyons because of the treacherous conditions and a search and rescue operation was launched.

Drivers were left stranded but no injuries were reported.

It’s thought that flash flooding occurred because of a prolonged period of drought meaning the ground was unable to absorb the downpours.

A search and rescue operation was paused due to the flooding but later resumed on Tuesday.

It’s reported that more thunderstorms are likely and flooding is “probable” across the state’s national parks, KSLTV reports. 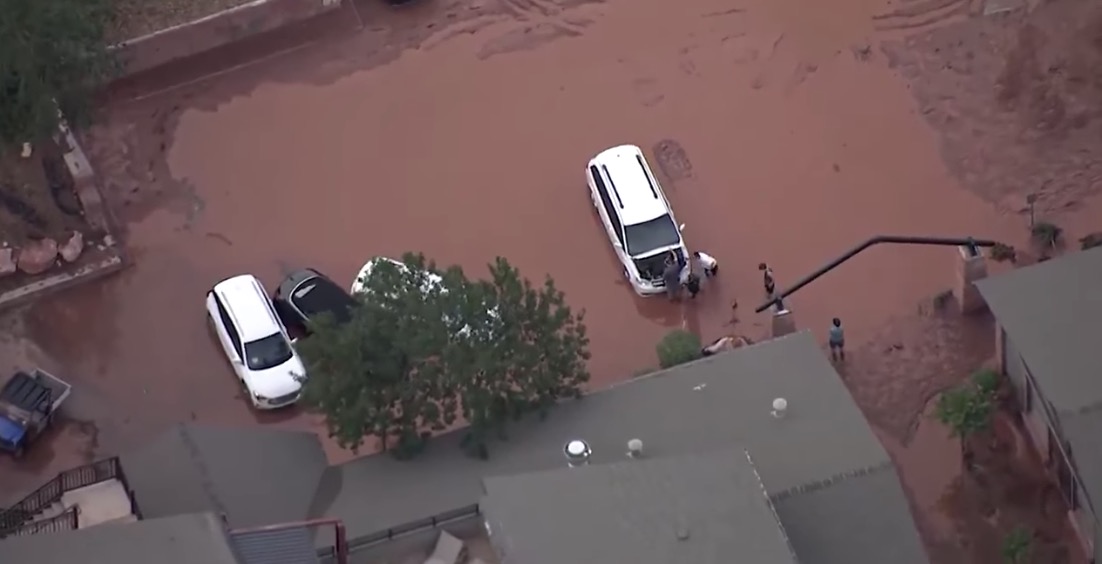 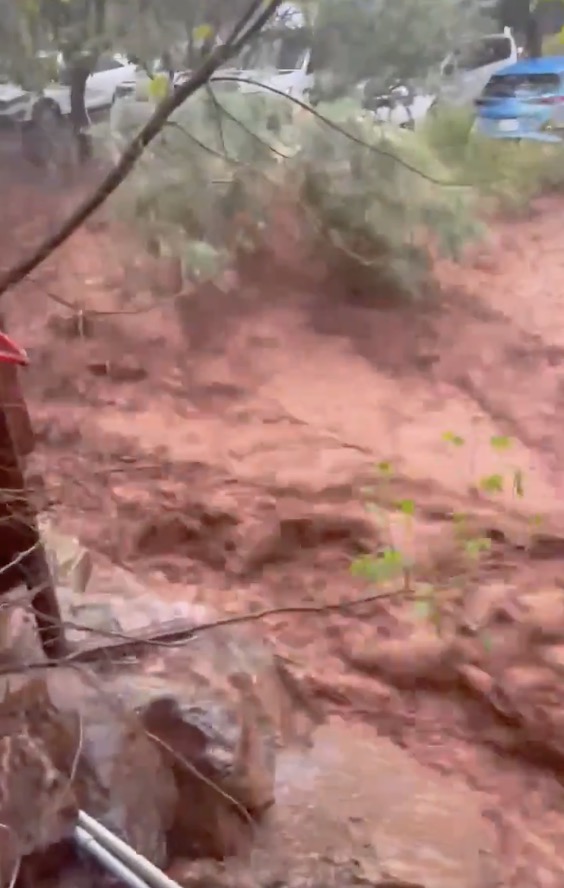 A prolonged period of high pressure known as a heat dome has gripped the West Coast and parts of Canada, producing scorching temperatures.

In Lytton, a temperature of 121.3F (49.6C) was recorded on Tuesday – the highest ever temperature recorded in Canada.

Before this week, the highest ever reading was 113F (45C) in Saskatchewan in 1937, according to CBC. 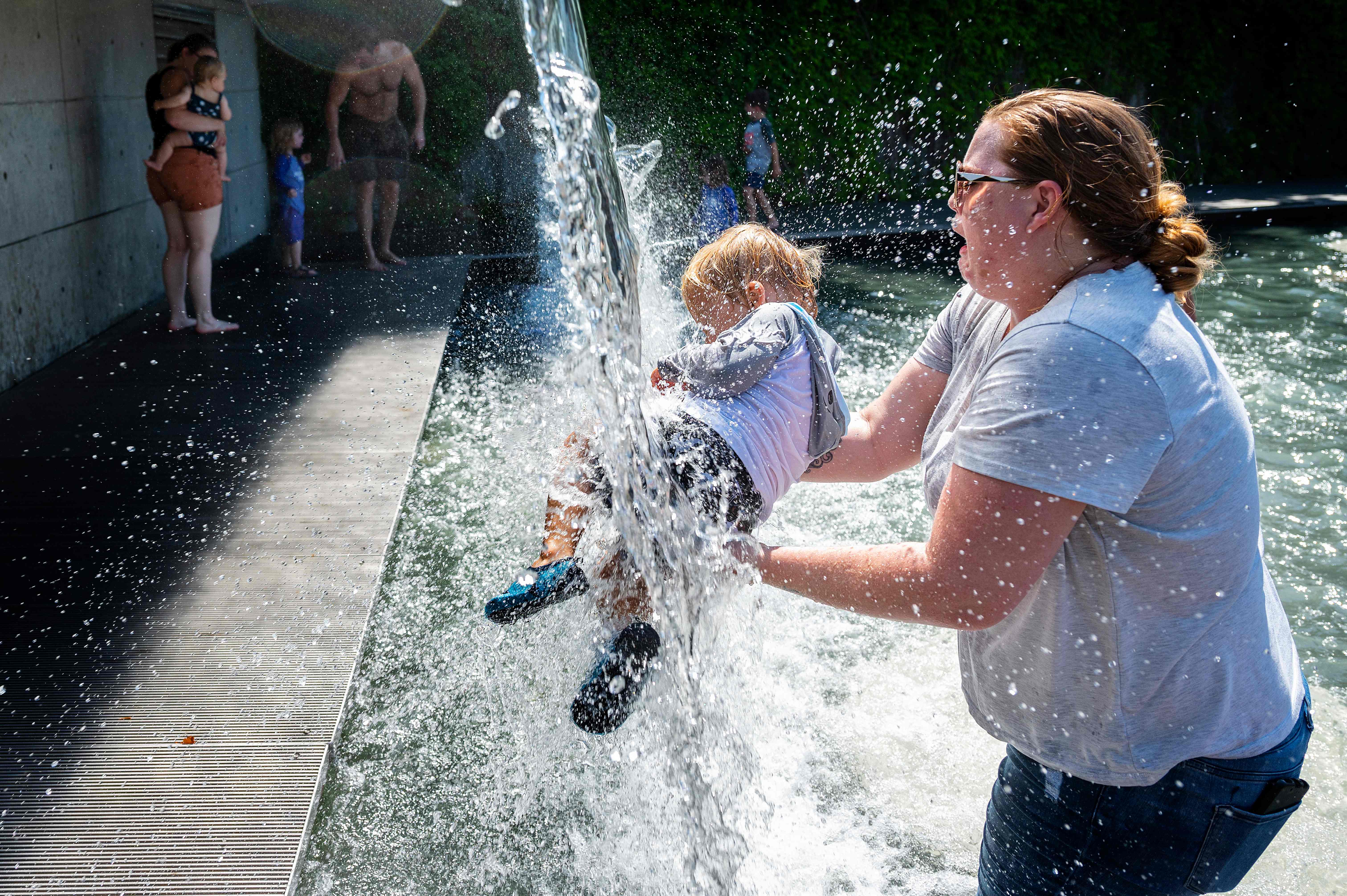 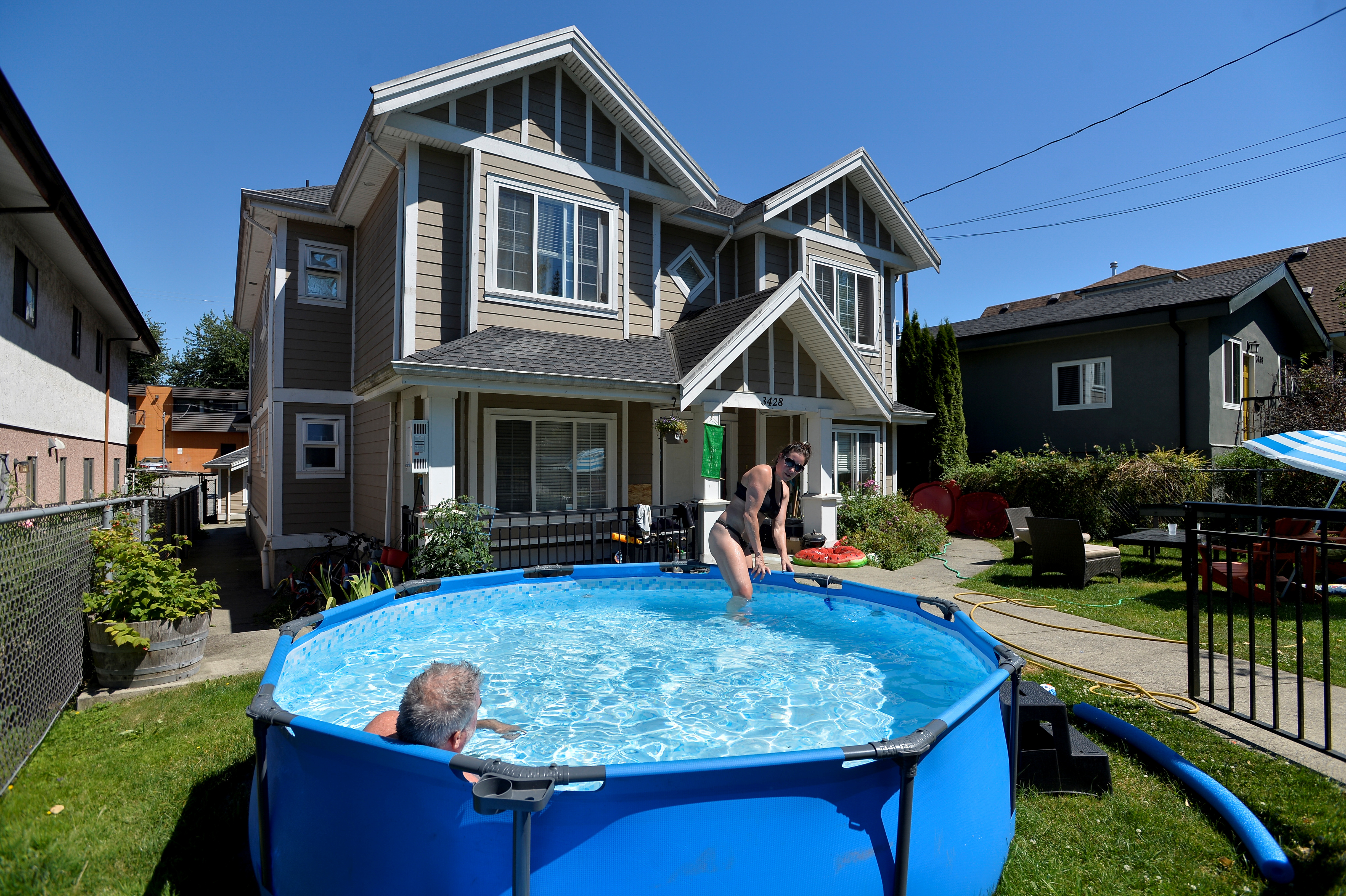 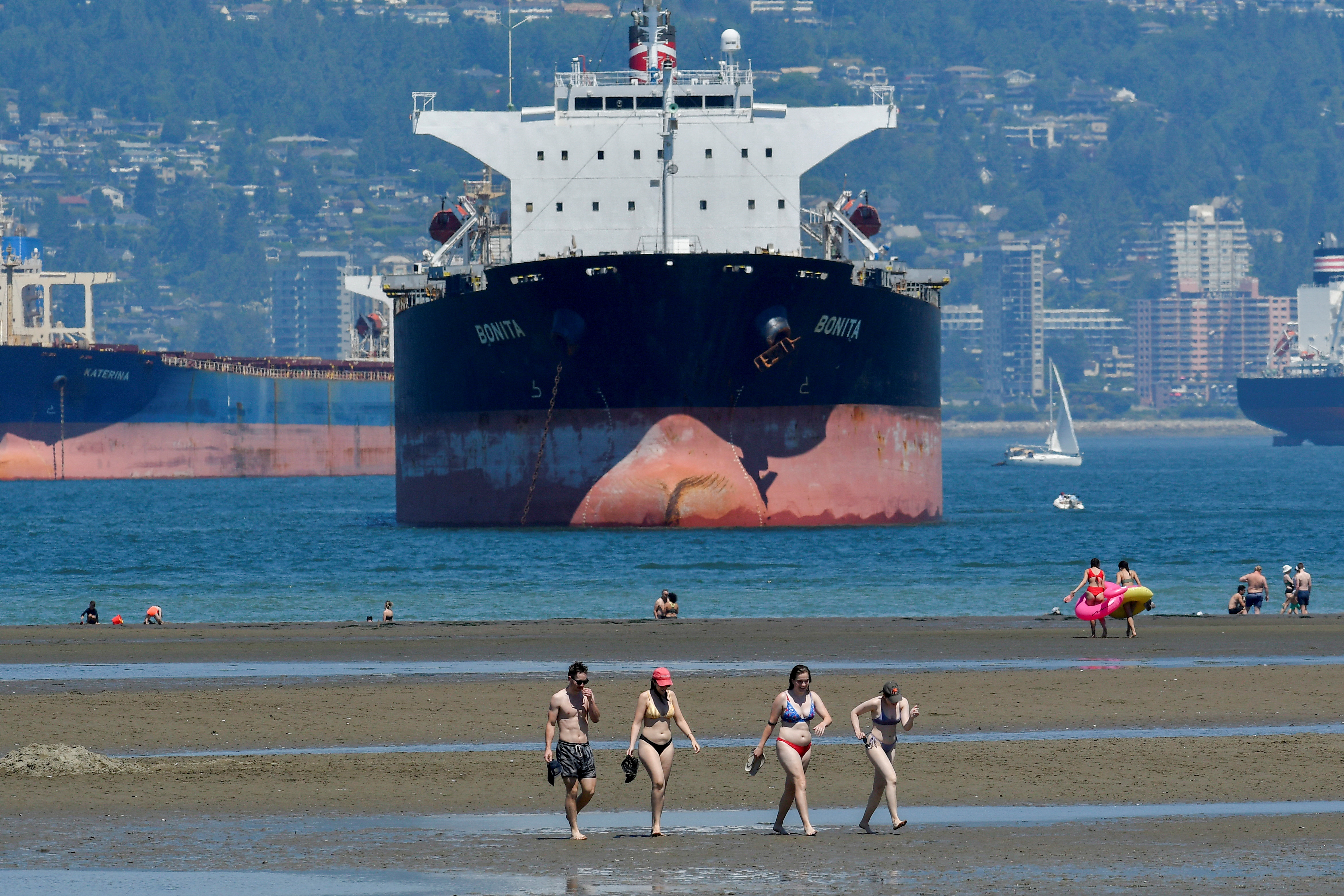 Vancouver police said they have reported more than 65 sudden deaths since Friday, with 34 fatalities on Tuesday, The Telegraph reports

Michael Kalanj, of the Royal Canadian Mounted Police, said: “Although still under investigation, heat is believed to be a contributing factor in the majority of deaths.”

Sgt Steve Addison said: “Vancouver has never experienced like this. Our officers are stretched thin and we’re still doing everything to keep people safe.”

More than 230 deaths have been reported in British Columbia since Friday and it’s feared that the figure will rise.

The searing heat caused wildfires as smoke was seen billowing from forests across the region. 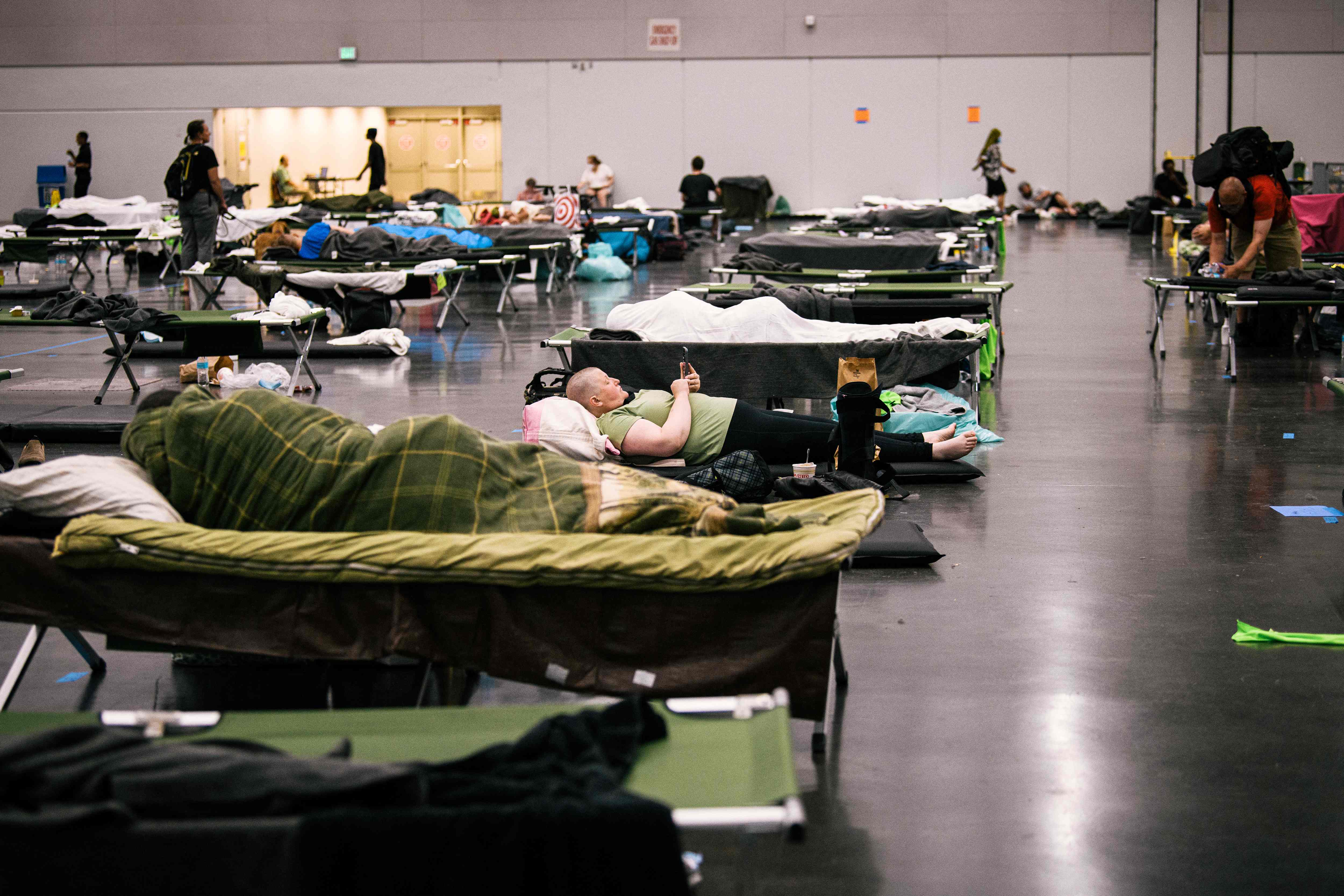 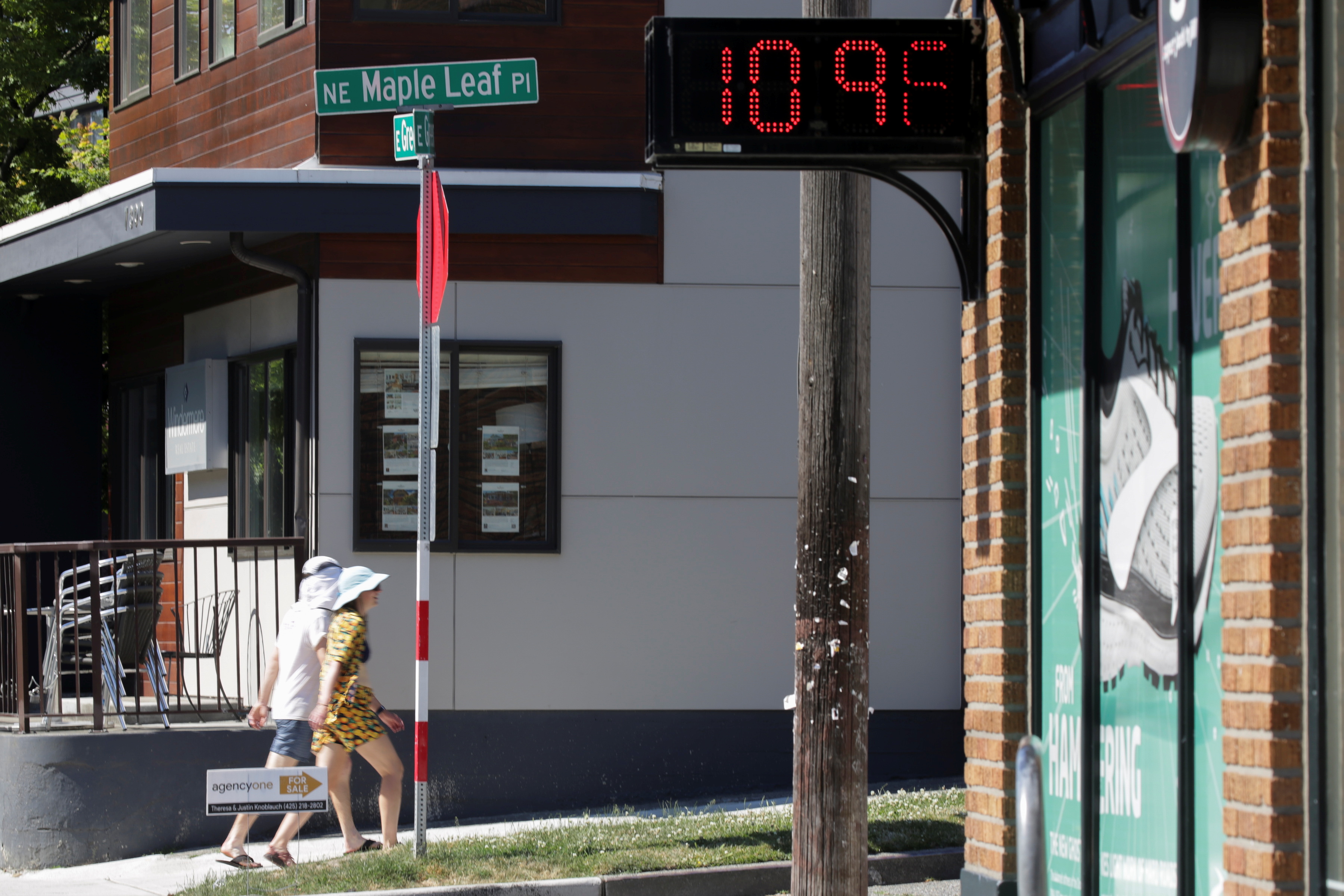 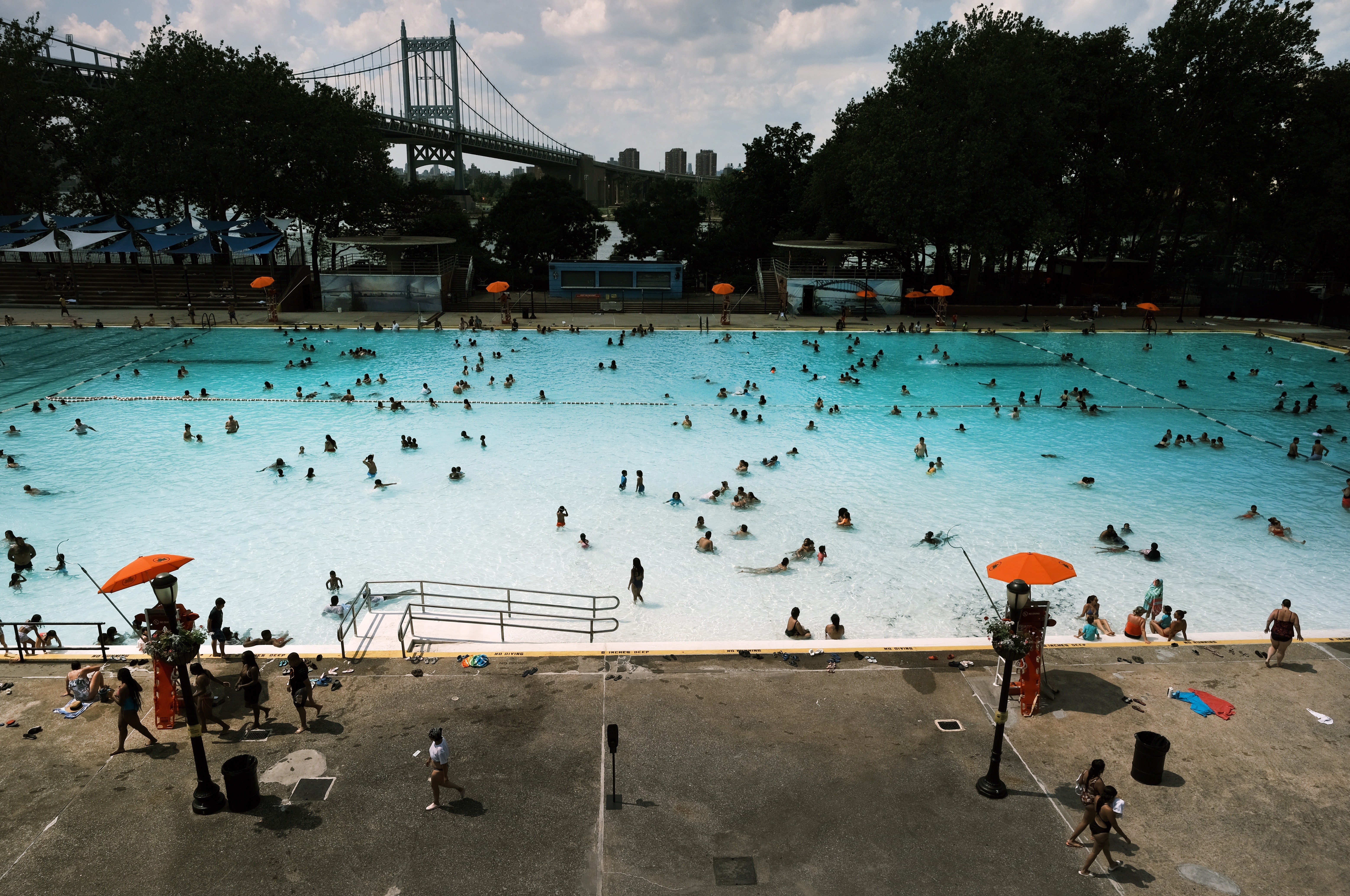 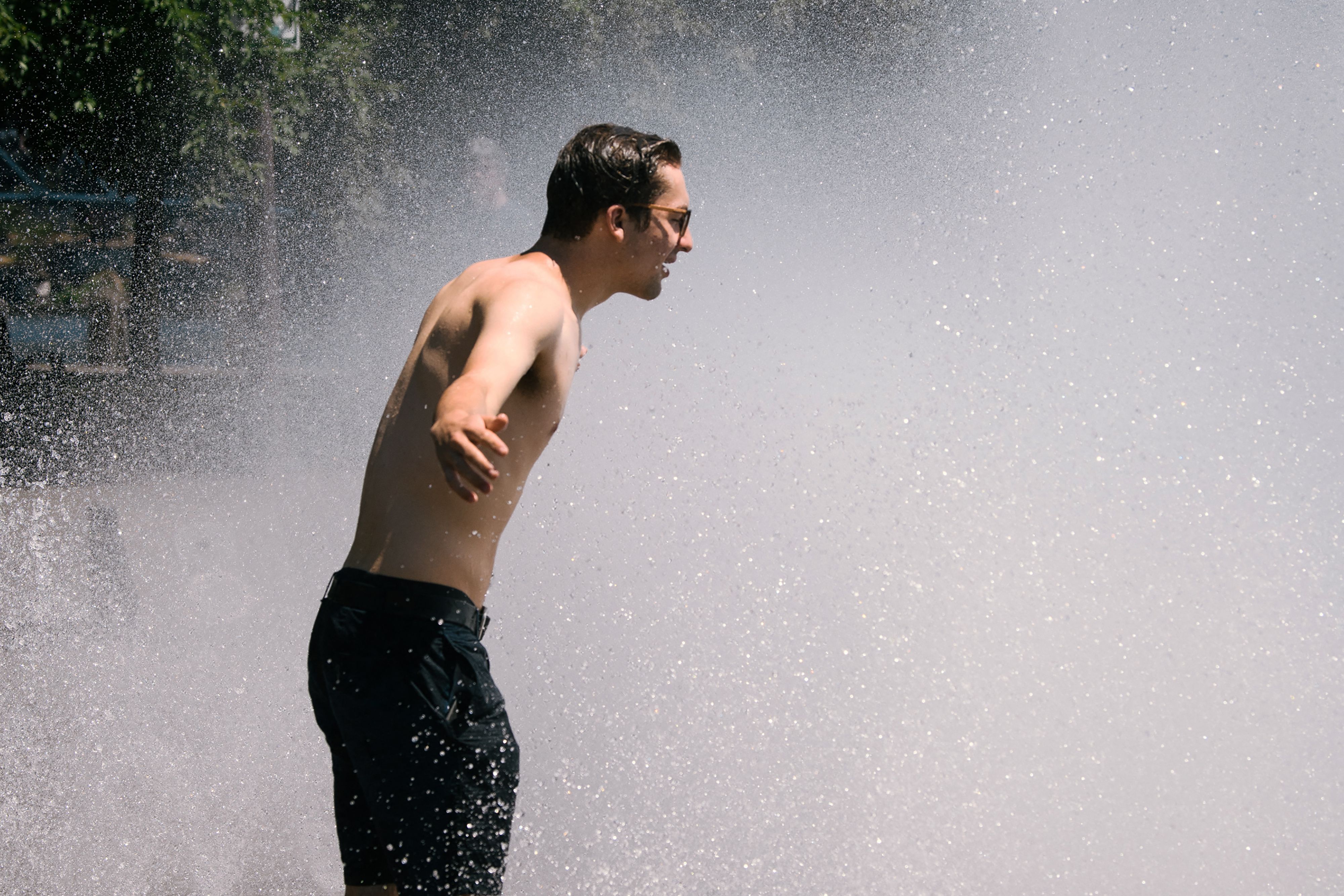 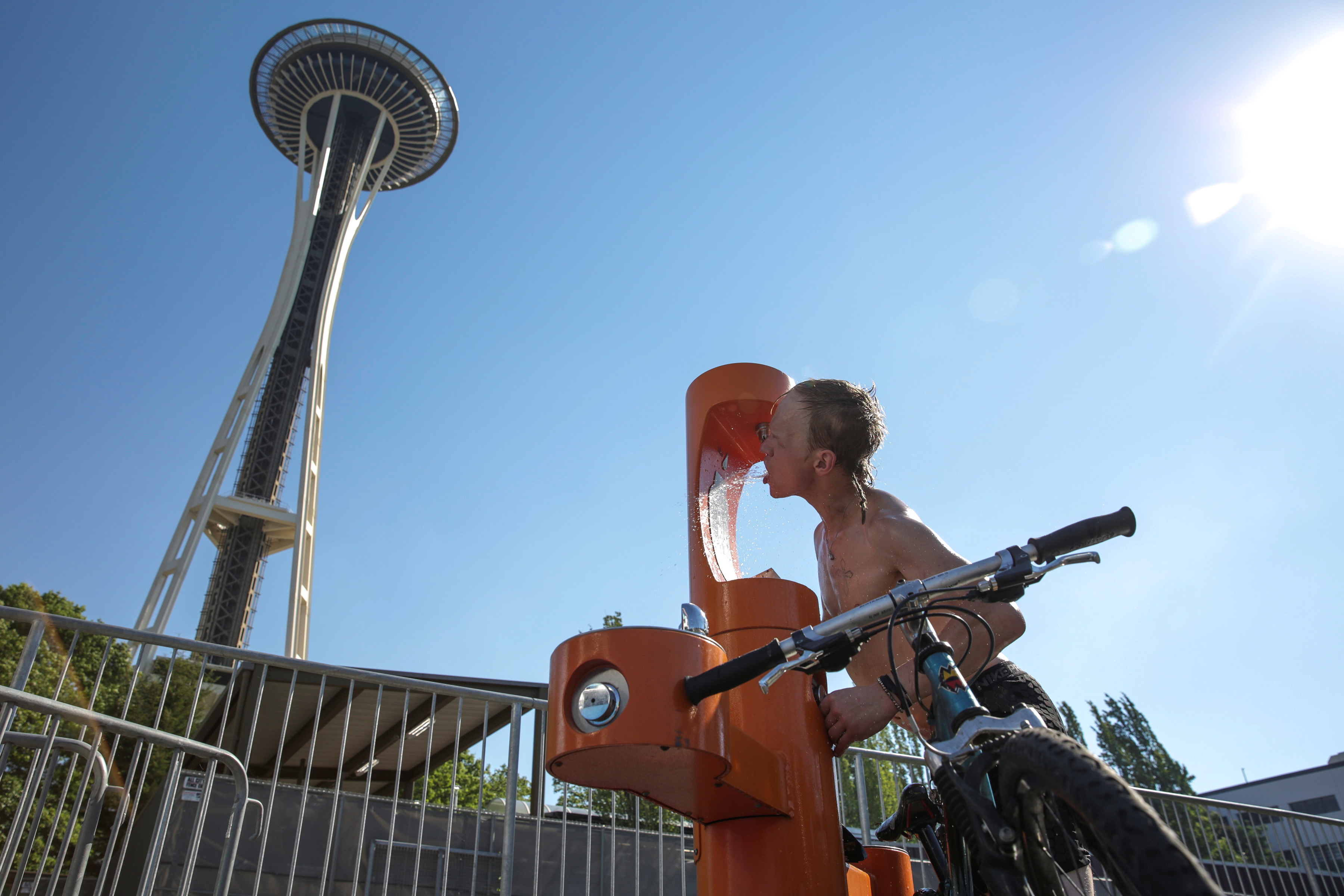 Meanwhile in Seattle, more than 200 people were hospitalized on Monday as a result of the extreme heat as the mercury rose to 108F in Seattle, Washington.

It’s reported that around 10 percent of visits were heat-related on Monday, according to public health data.

It's reported that at least 676 people visited the hospital in Washington state across the weekend as Americans on the West Coast sweltered. 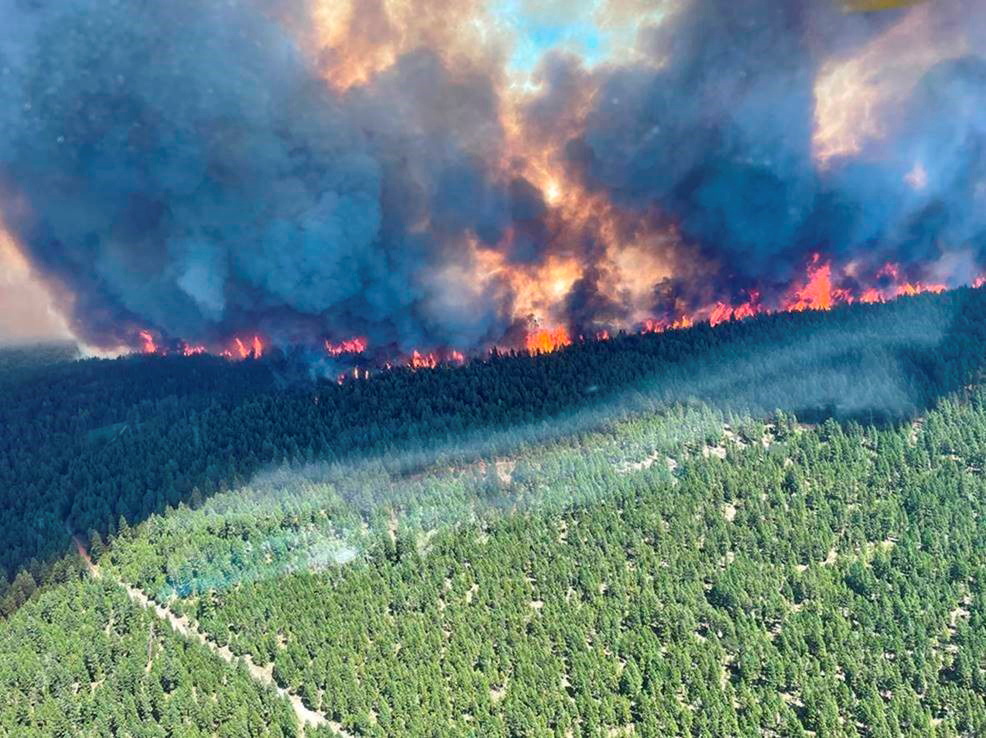 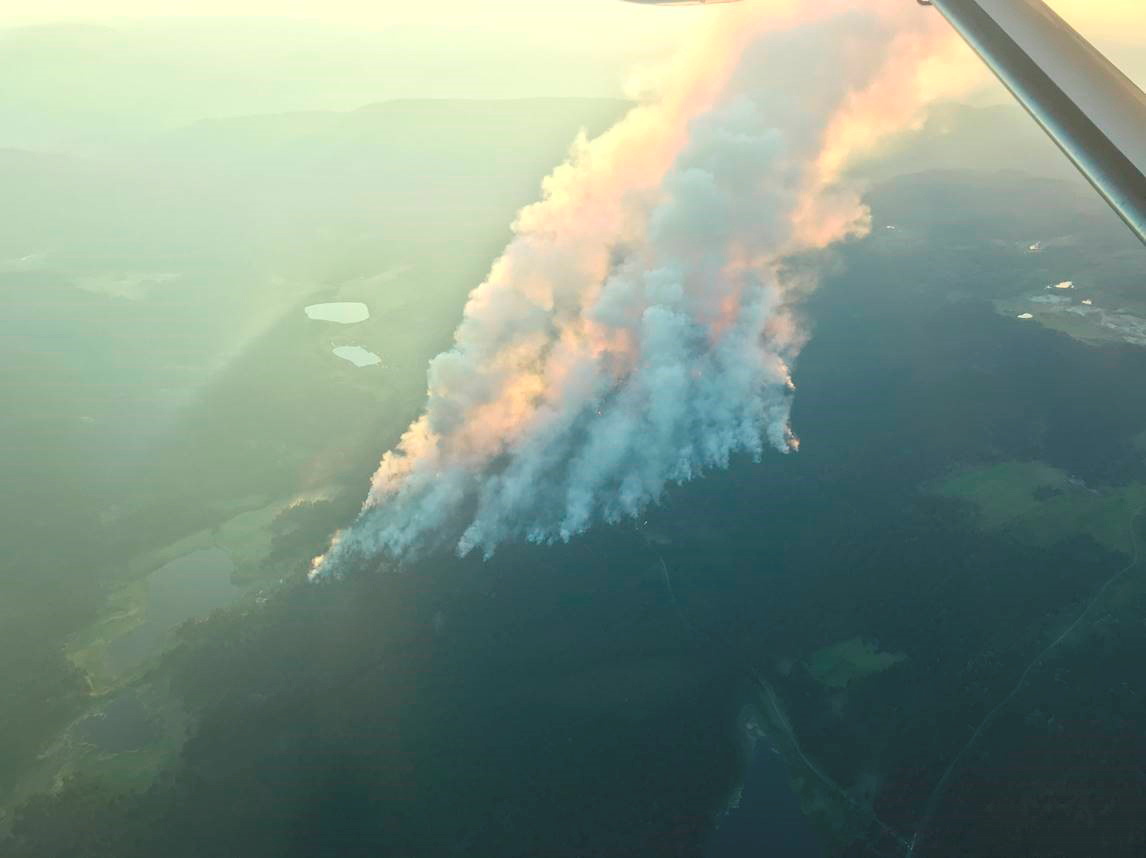 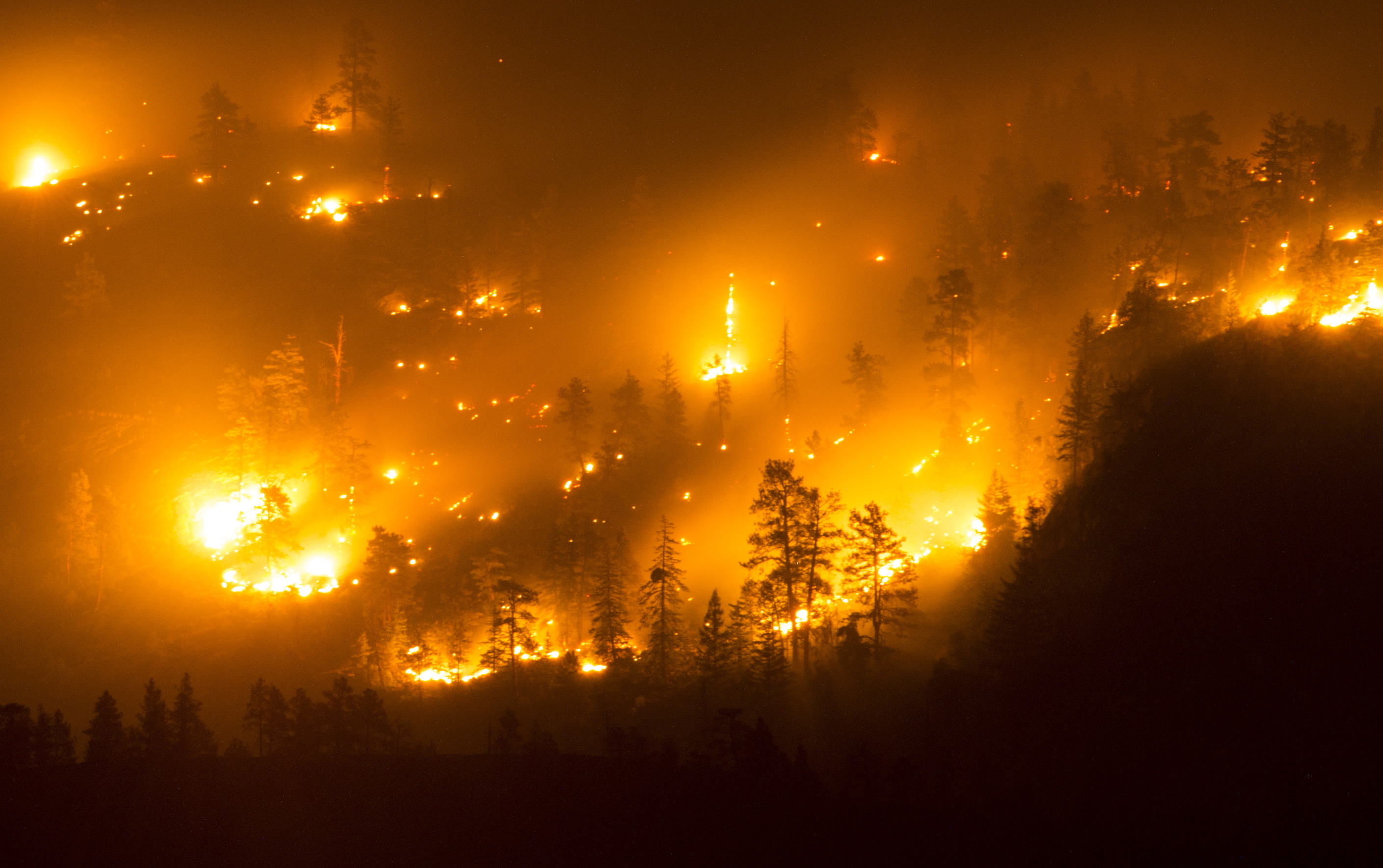 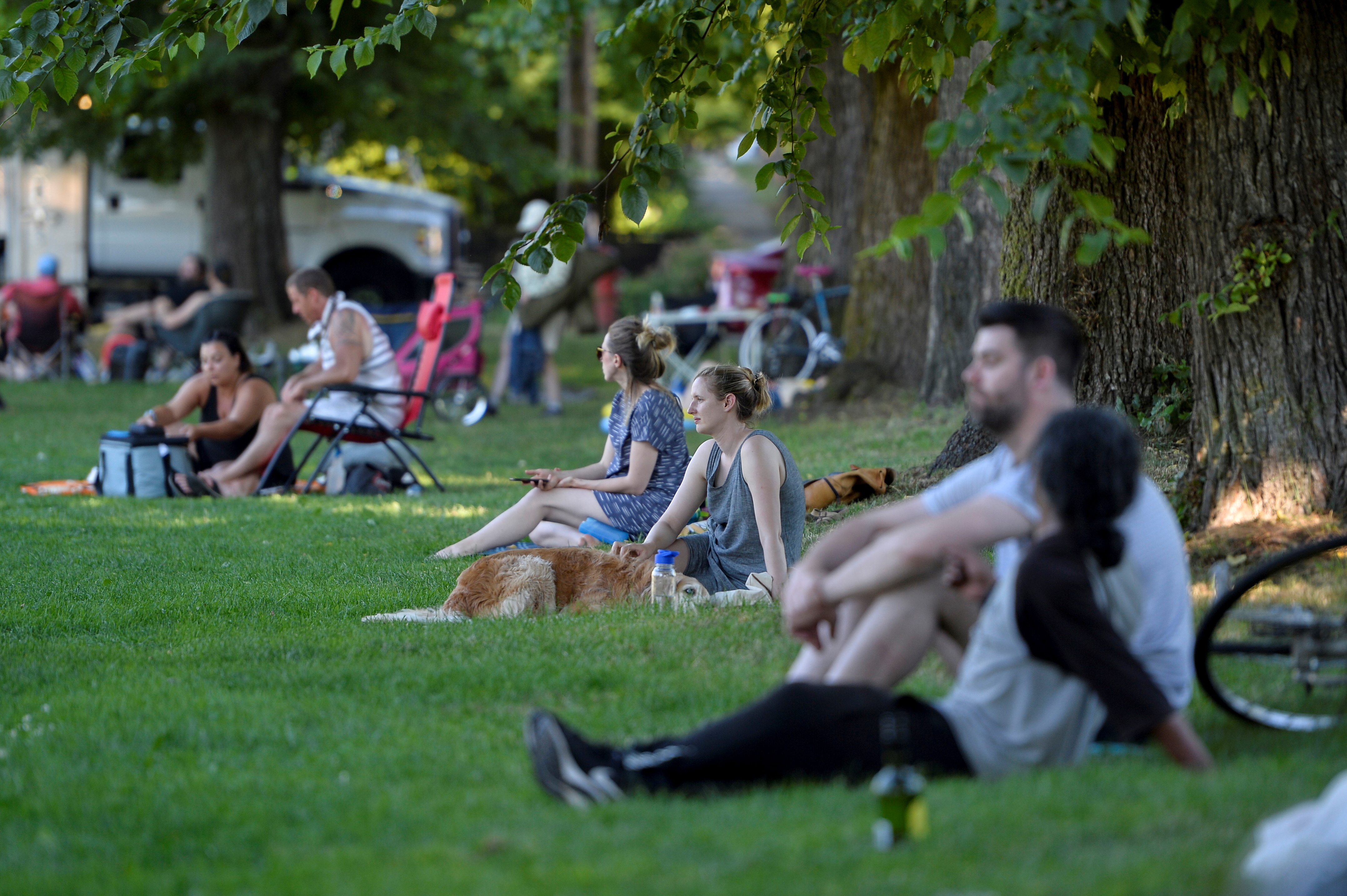 The once-in-a-millennium temperatures are the result of a high-pressure jet stream known as a "heat dome".

They are formed when vast areas of sweltering heat become trapped.

The larger a heat dome grows, the longer the heatwave lasts.

Senior climatologist David Phillips told AFP: "It's a desert heat – very dry and hot. It's not just a one-day wonder. It's a seven-day kind of thing,

"We are the second coldest country in the world and the snowiest. We often see cold snaps and blizzards but not often do we talk about hot weather like this. Dubai would be cooler than what we're seeing now."

The hot weather forced authorities in Portland and Washington state to ban July 4 firework displays amid the risk of wildfires, The Guardian reports. 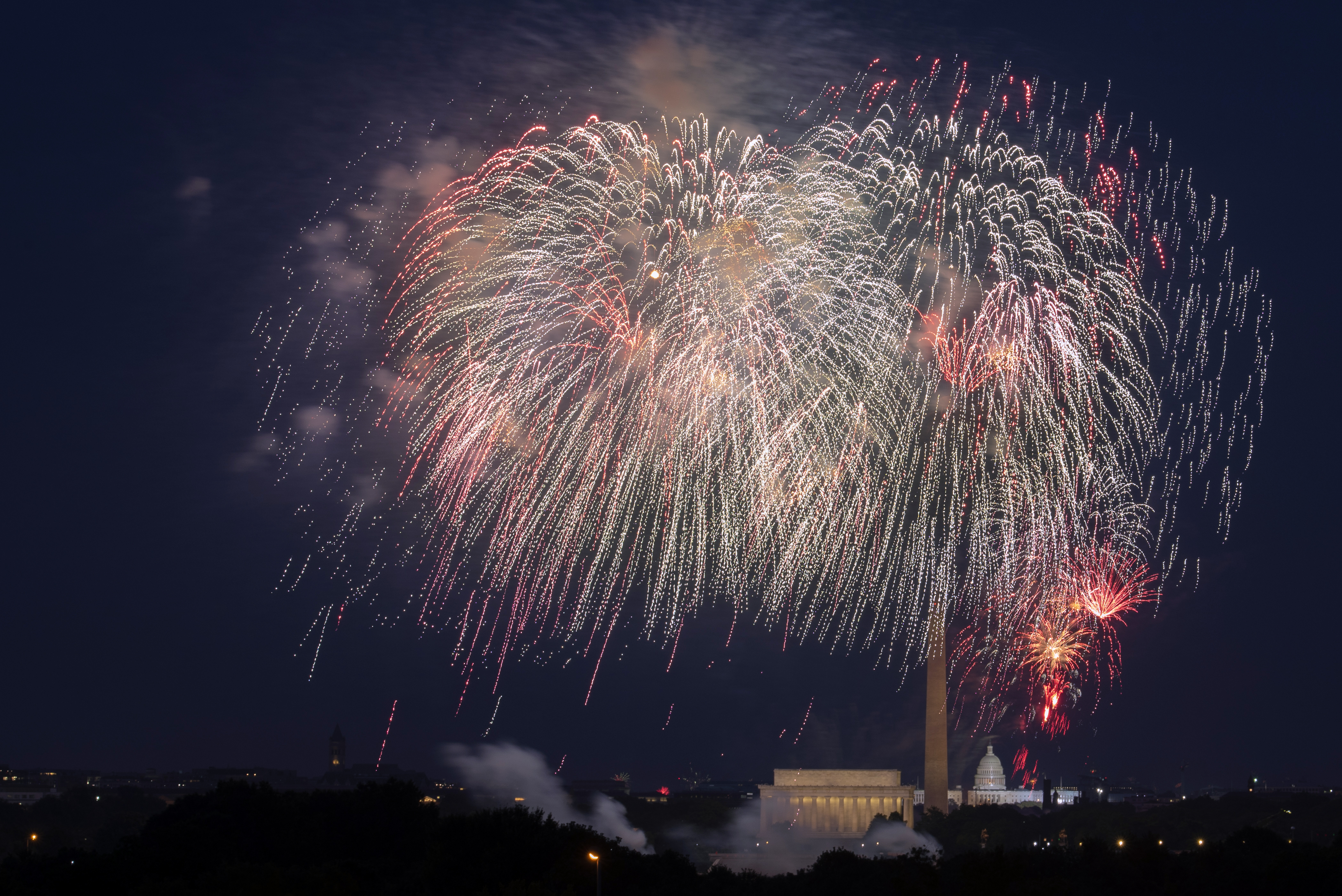 Fire officials in Portland banned displays when the mercury hit 116F, while in Bend and Tualatin, Oregon, fireworks are banned until July 9, according to ABC affiliate KATU.

Portland fire chief Sara Boone said: “If we don’t take this proactive step now, I fear the consequences could be devastating.

“It is not easy to make a decision like this so close to our national holiday, but as fire chief, I feel I have a higher responsibility to sometimes make unpopular decisions during unprecedented times to protect life, property and the environment.” 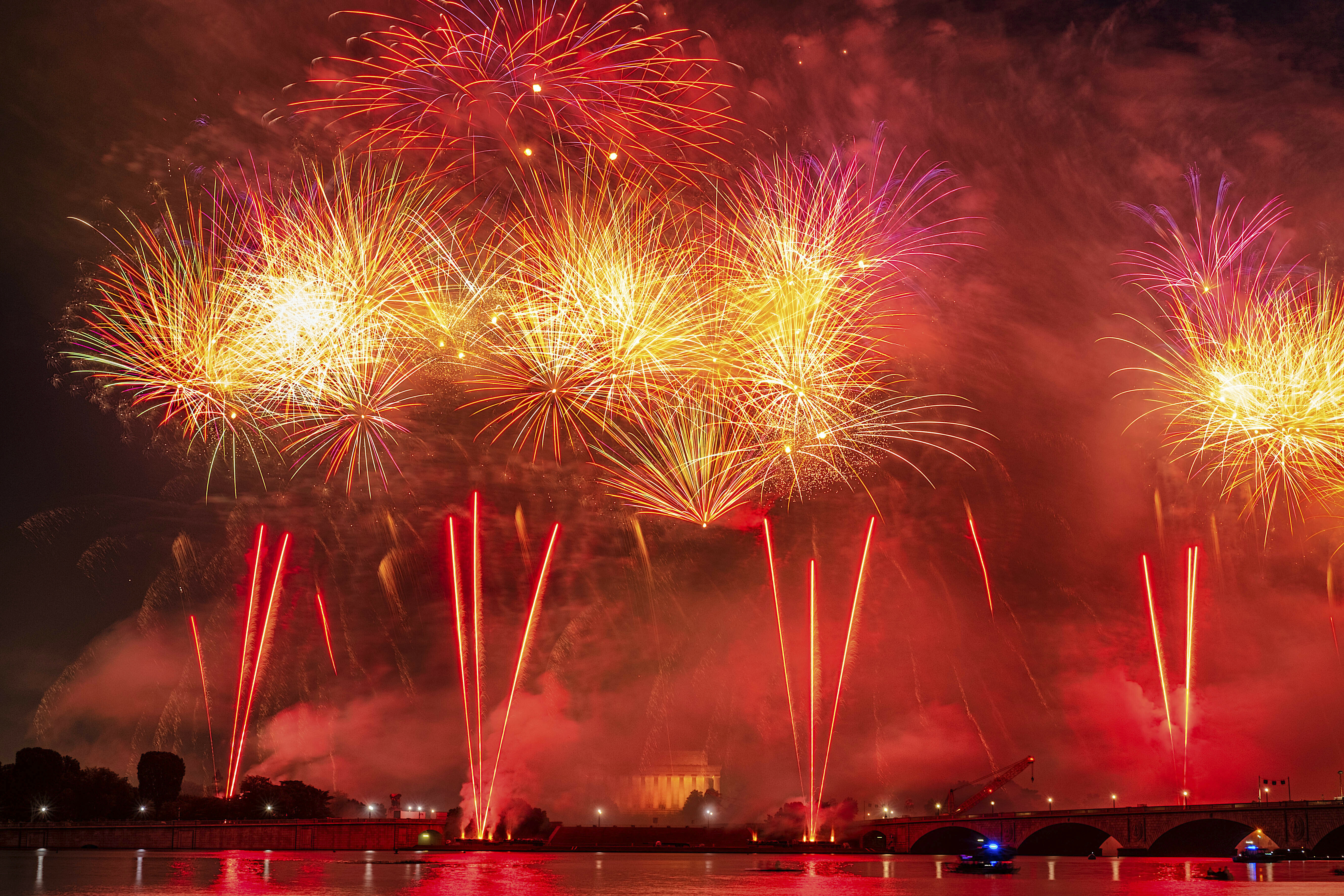 Firework displays are also banned across several areas of Washington state as crews say the restrictions have been imposed to protect welfare.

Experts urged residents to use cooling centers and avoid any outdoor activity.

The National Weather Service issued excessive heat warnings throughout most of the Northwest, Northern Great Basin.

Heat warnings stretched down the Pacific coast to western parts of Nevada and interior California.

Americans also suffered blackouts as around 3,000 customers were without power in Portland.

And, 3,400 customers were without power in the greater Seattle area, according to Puget Sound Energy.