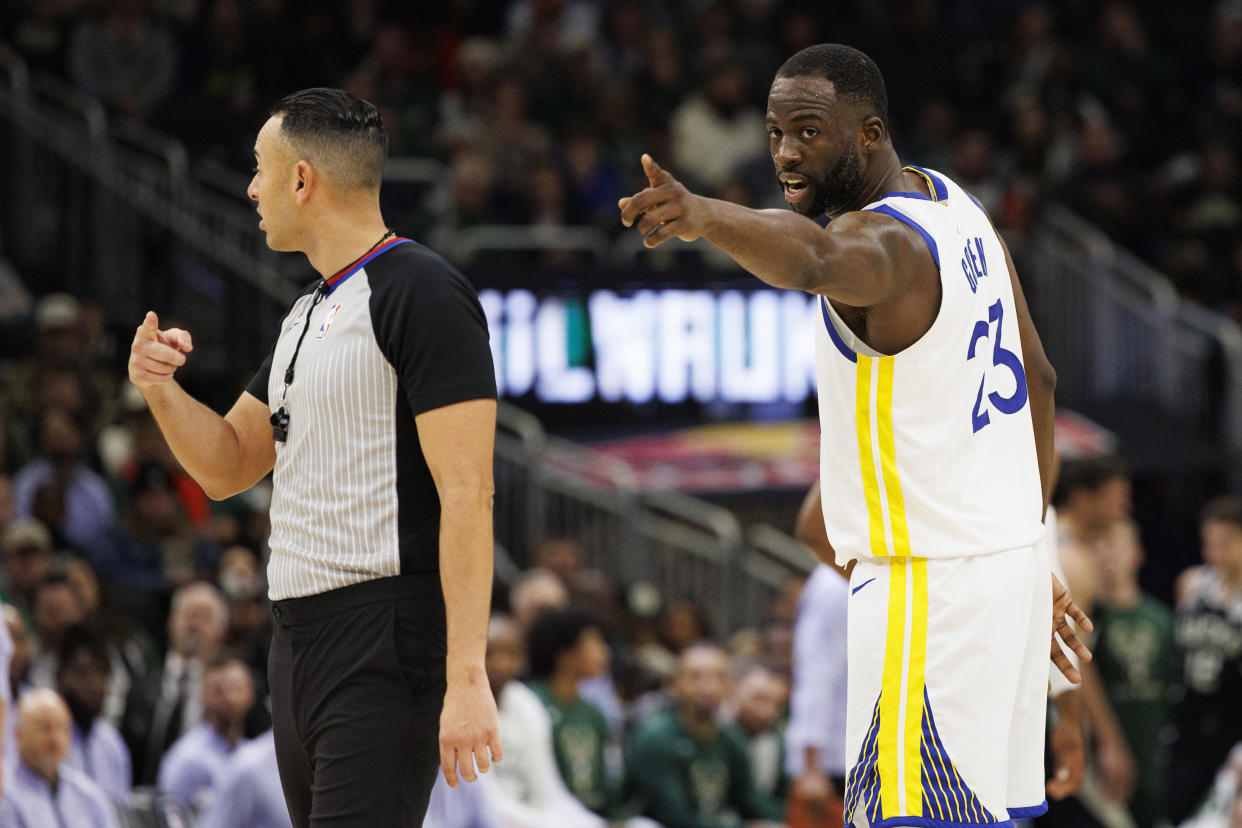 Midway through the third quarter, Warriors star Draymond Green interrupted play to request a fan in the crowd be ejected from the Fiserv Forum. After Green's conversation with crew chief James Capers and official Ray Acosta, arena security escorted the man away.

The Bucks crowd didn't exactly appreciate what they were saying.

Draymond had this fan ejected from the Bucks-Warriors game 👀 pic.twitter.com/hCN5pO7USH

Green was seen exchanging heated words with the fan a minute or so earlier.

It remains unclear what was actually said between Green and the fan. This article will be updated with more information after the game.

The game had so far not been going according to plan for Green and the Warriors, who were down 21 points at the time of the ejection. The deficit didn't get much better from there, with Green subbing out seemingly for good with 4:18 left in the quarter.

Green had two points on 1-of-3 shooting with six rebounds, seven assists and three turnovers at the time of his exit.