This is the shocking moment a car ploughs through a man on his motorbike before smashing into a petrol station in Greater Manchester.

A man was in hospital after the ‘deliberate and targeted’ attack near the Deccan Fuels station in Little Hulton, Salford.

CCTV footage from the petrol station at 9pm on Saturday shows the car speed down Eastham Way before knocking the rider from his motorbike. 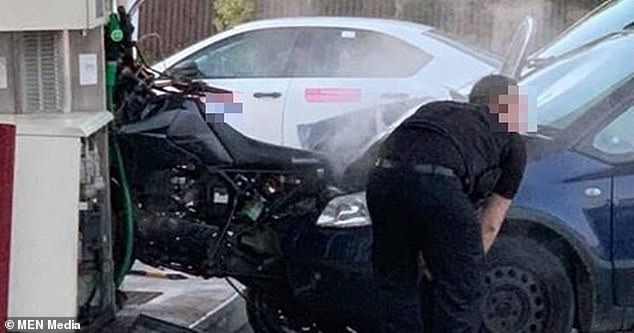 The victim was briefly carried by the car but was dumped on the pavement and rolled for a few feet.

But the vehicle continued to push the motorbike towards the petrol station and came to a sudden stop when it piled into a petrol pump – forcing customers to flee in panic.

It is understood the car deliberately drove into the motorbike. 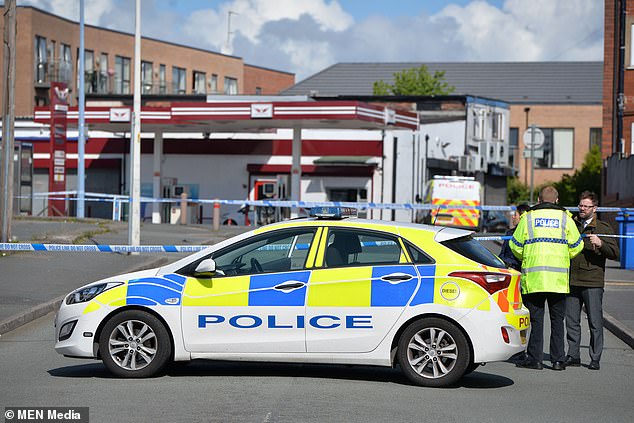 After the car crashed, the motorbike rider quickly got up and fled down Cleggs Lane.

Around four men emerge from the car and also appeared to take off down the road.

It is not clear from the CCTV what happens next due to a thick smoke covering the station. 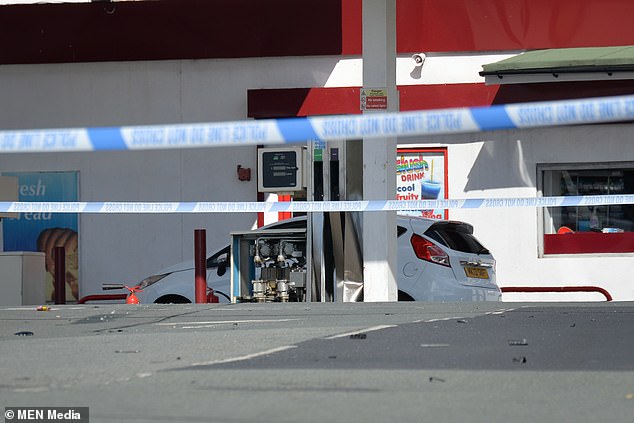 Police tape surrounds the station after the car was removed today.

The motorbike casualty was being treated for head injuries at Salford Royal Hospital this morning.

Cleggs Lane was closed off and a police cordon was put in place.

It was removed on Sunday morning but some police vehicles still remain at the scene.