Driving home for Christmas? Car covered with fairy lights cheers up drivers on motorway near Dublin

An Irish motorists was filmed bringing festive joy to drivers on the motorway outside Dublin after covering their SUV in white Christmas lights.

The dark-coloured SUV was covered in hundreds of bright white lights as it made its way along the inside lane of the M1 motorway approaching the junction of Balbriggan on the Dublin-Meath border.

Paul McMurray has heading northbound on the motorway when he hooted at the motorist. 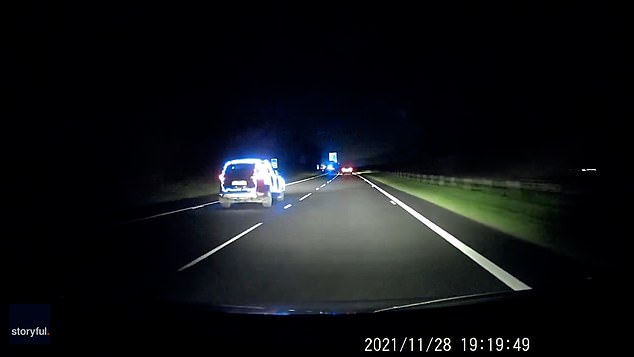 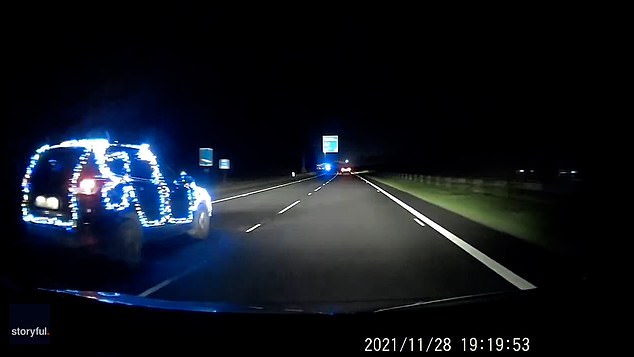 The lights were wrapped along the side of the car and over the roof, tailgate and bonnet

He later posted the footage to the internet.

He said: ‘No idea who was driving but I hope they have a good Christmas if they see this.’

The video was filmed on a dashcam inside Mr McMurray’s car at the end of last month.

The footage shows part of the string of lights flapping in the wind.

MailOnline has approached the Road Safety Authority of Ireland for a comment.