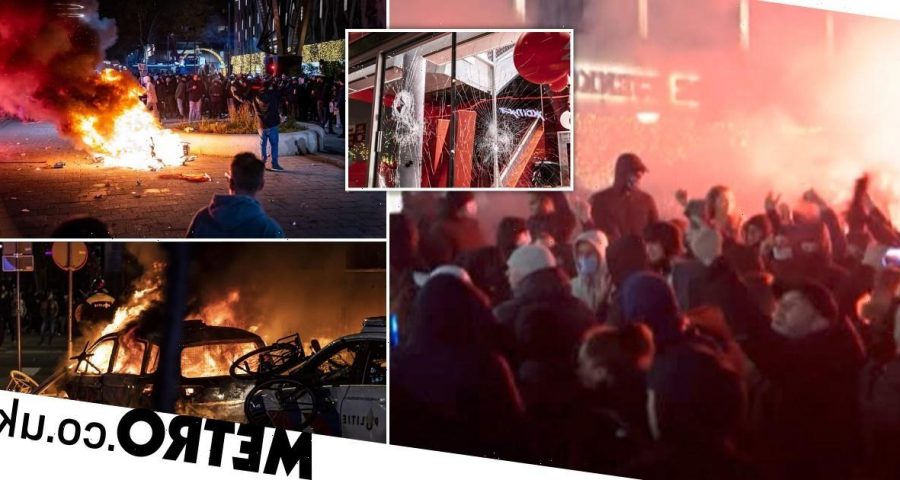 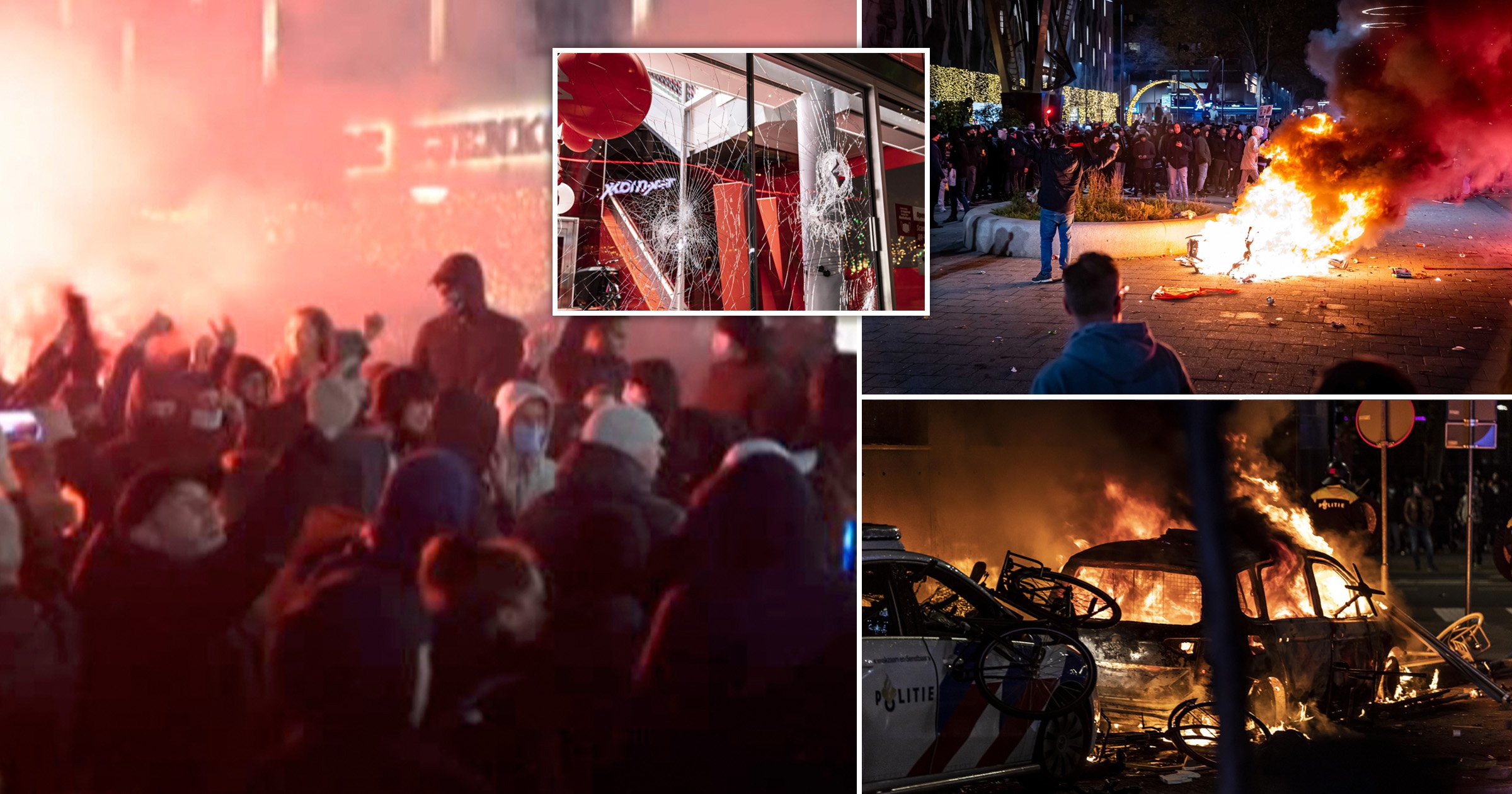 Crowds of demonstrators torched cars and threw rocks at officers in the centre of Rotterdam on Friday, who responded with shots and water cannon.

‘We fired warning shots and there were also direct shots fired because the situation was life-threatening,’ police spokesperson Patricia Wessels said.

Photos show ugly scenes with at least one police car on fire and another with a bike smashed through the windscreen.

The city was placed under a state of emergency with reports on social media saying local football hooligans joined in on the chaos.

The situation had calmed later on the evening, after police brought in units from around the country to ‘restore order’.

It comes amid rising anger at coronavirus measures across Europe, with Austria making vaccines mandatory and introducing a full lockdown from Monday, and Germany considering following in its lead.

The Netherlands imposed fresh restrictions last Saturday after recording its highest numbers of Covid cases since the start of the pandemic.

The new rules mean restaurants and shops have to close earlier, and sports events must take place behind closed doors.

Earlier on Friday the government banned fireworks on New Years Eve for the second year in a row. It is intended to ‘prevent, as much as possible, extra strain on health care, law enforcement and first responders,’ the government said.