THOUSANDS of eager shoppers braved the cold to score a Boxing Day sales bargain this morning.

Huge queues of tightly packed Brits were snapped snaking round outside shops across the country as a New Year lockdown looms. 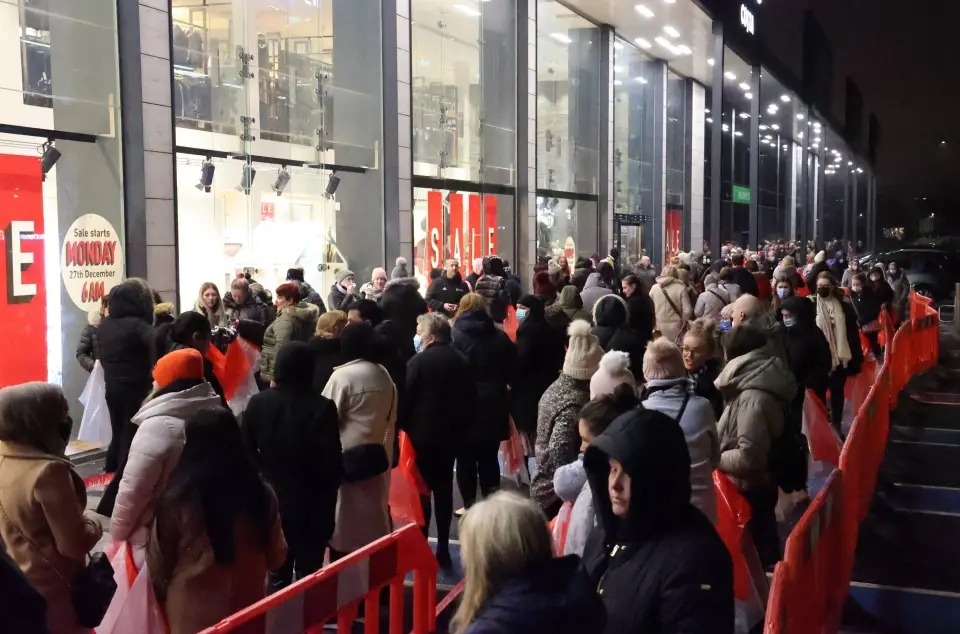 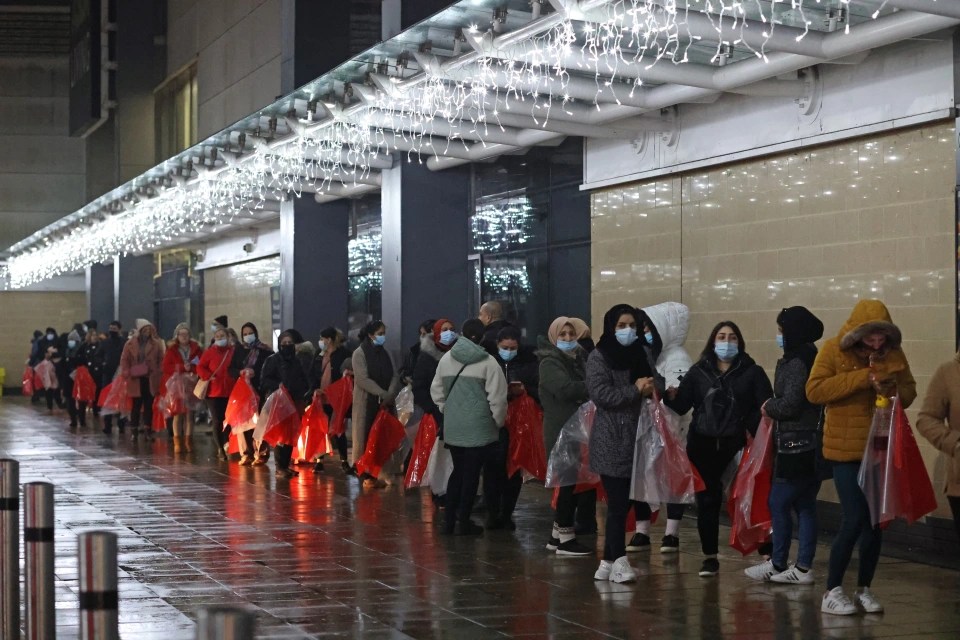 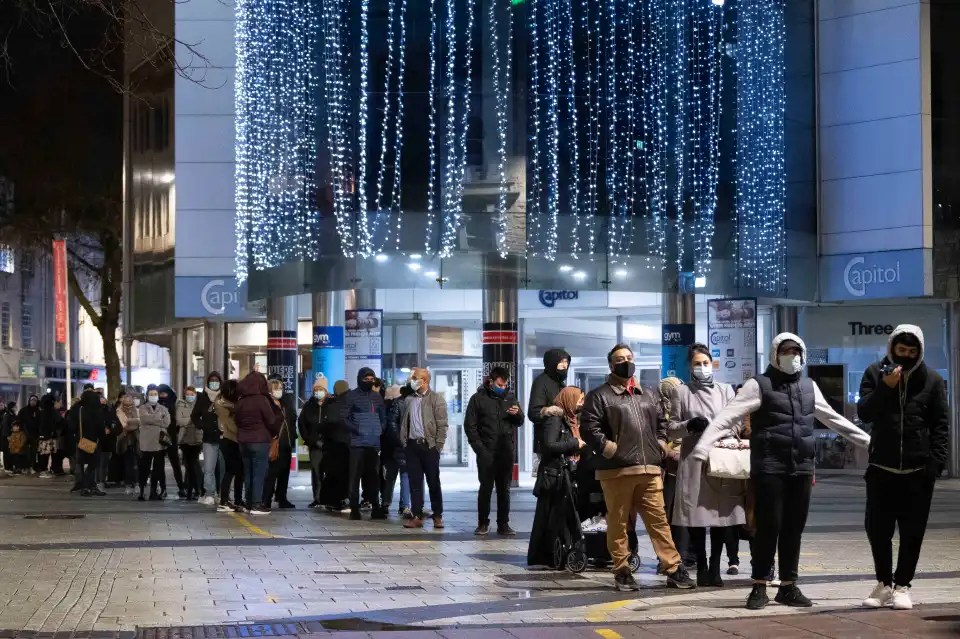 The crowds weren't deterred by the grim weather, or Covid variant Omicron, which has sparked fears tighter restrictions could be coming in just days.

A string of hugely positive studies show Omicron IS milder than other strains, with the first official UK report revealing the risk of hospitalisation is 50 to 70 per cent lower than with Delta.

Shoppers lined up outside the Trafford Centre in Manchester, some from as early as 8am.

Queueing outside the Disney store in the capital, to shop on her daughter's behalf, Nic Portway said she was not planning on spending much in the sales but was happy to still go to the shops in person despite the rise in Covid cases.

She said: "I am not really surprised by how many people are out because we have got to get on with it, there is always going to be another variant so what do we do?

"We can't keep locking down every time there is a new variant otherwise everything will just stop."

Gemma Collins trolled over romantic Xmas snap of fiance Rami – can you see why?

Christmas dinners ruined by 'rancid' gone off turkeys from supermarkets

Another shopper said she only came out on Boxing Day because her planned Christmas Day online shopping at Zara fell through due to an error on the app.

The woman said: "I was surprised to see this many people out and about.

"When I walked down Oxford Circus there was hardly anyone around, but then when I arrived at Oxford Street there were big queues, all around the corners."

Many sales started on Boxing Day itself, but Brit favourite Next gave its staff December 26 off, with its sale starting in store at 5am the following day.

Masks were worn by most shoppers on Oxford Street in both queues and walking around, but many stores were nowhere near full of people.

Retail experts say Omicron has sent shoppers online as the number of bargain hunters looking for Boxing Day sales on the high street plummeted to almost half of pre-pandemic levels.

Footfall at shopping sites across the UK on Boxing Day up to noon was 45 per cent below the 2019 level, according to data from industry analyst Springboard.

But the British Retail Consortium said that, although many consumers shunned the shops, the sector could see a boost due to online trade.

BRC spokesperson Tom Holder said: "The spread of Omicron across the UK has increased the share of spending made online as many consumers avoided town and city centres.

"While spending on travel and hospitality may be lower than their pre-pandemic levels, retailers are waiting to see whether this leads to higher spending on retail goods, particularly food and homeware."

In central London, footfall was 67 per cent lower than 2019 numbers, while it was 58 per cent below 2019 in other major UK cities.

Market towns fared slightly better, seeing a 12 per cent decrease from 2019 shopping traffic, while there was only a 7 per cent drop in outer London.

The amount of high street traffic may also have been affected by new coronavirus restrictions which came into force on Sunday in Wales, Scotland and Northern Ireland.

This included wearing masks in all shops and limiting group sizes to six indoors.

Boris Johnson will today hold D-Day talks on Covid as he battles calls for new restrictions which would ban indoor drinking in pubs.

However, he is said to be leaning towards guidance urging people to be careful over how many others they meet rather than strict new laws.

He will make his decision only after a crunch meeting with medical advisers Professor Chris Whitty and Sir Patrick Vallance on Covid hospitalisation rates today. 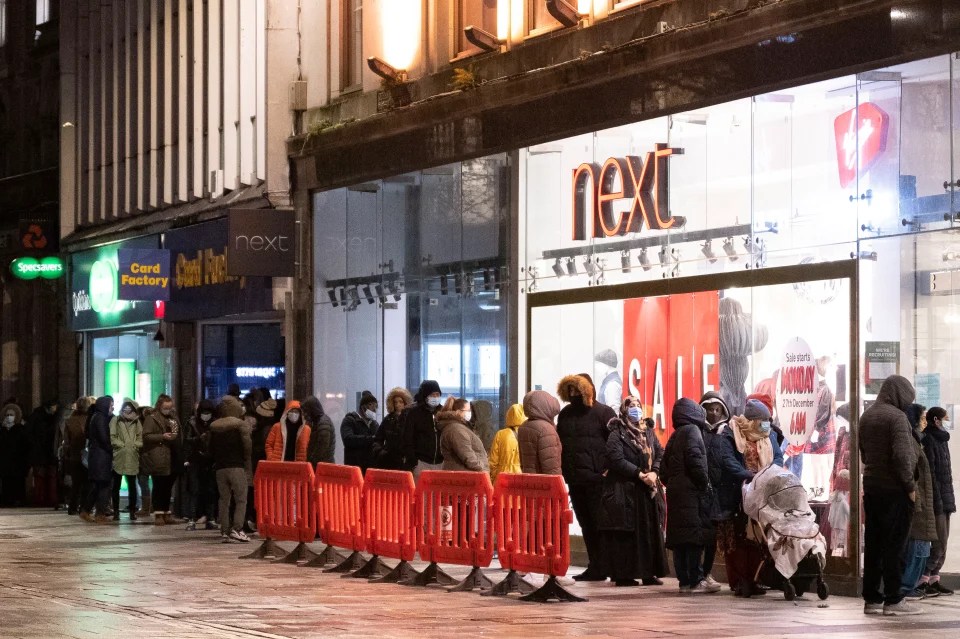 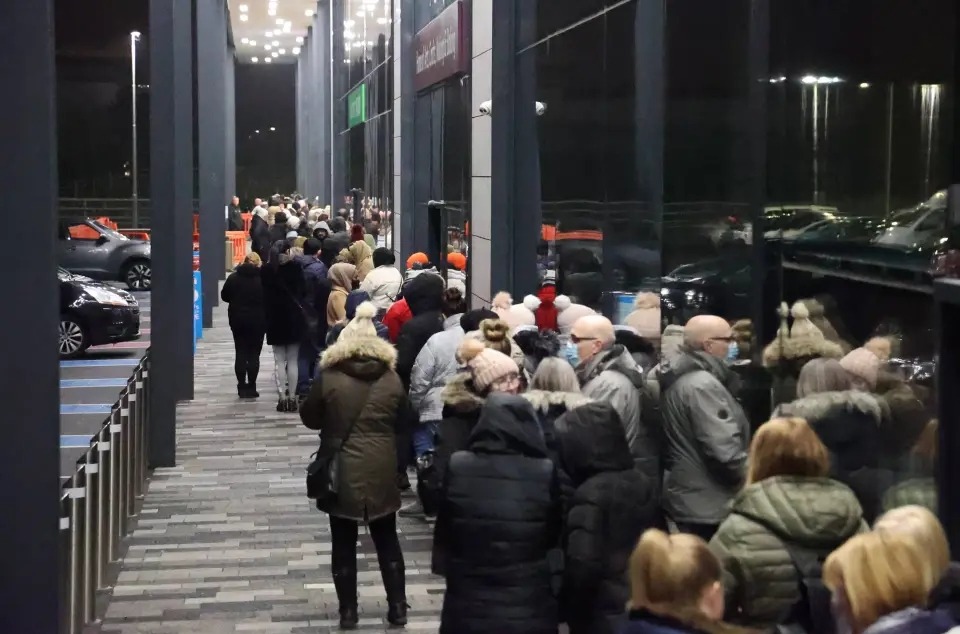 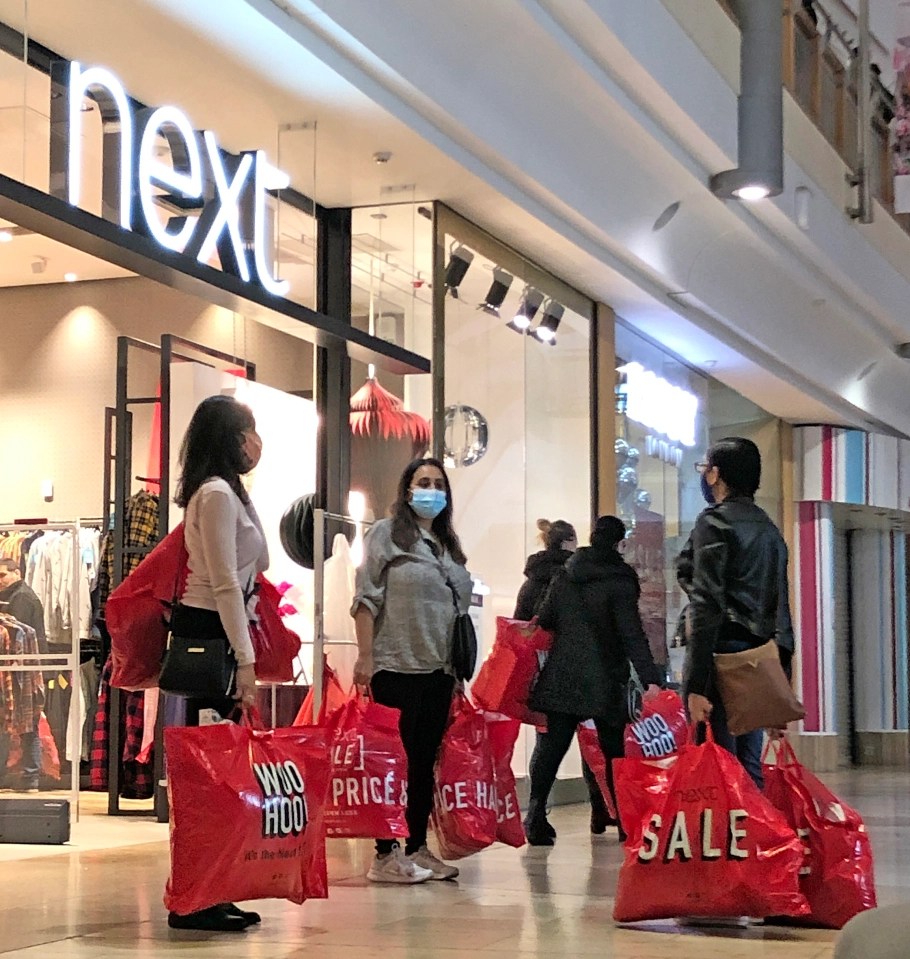 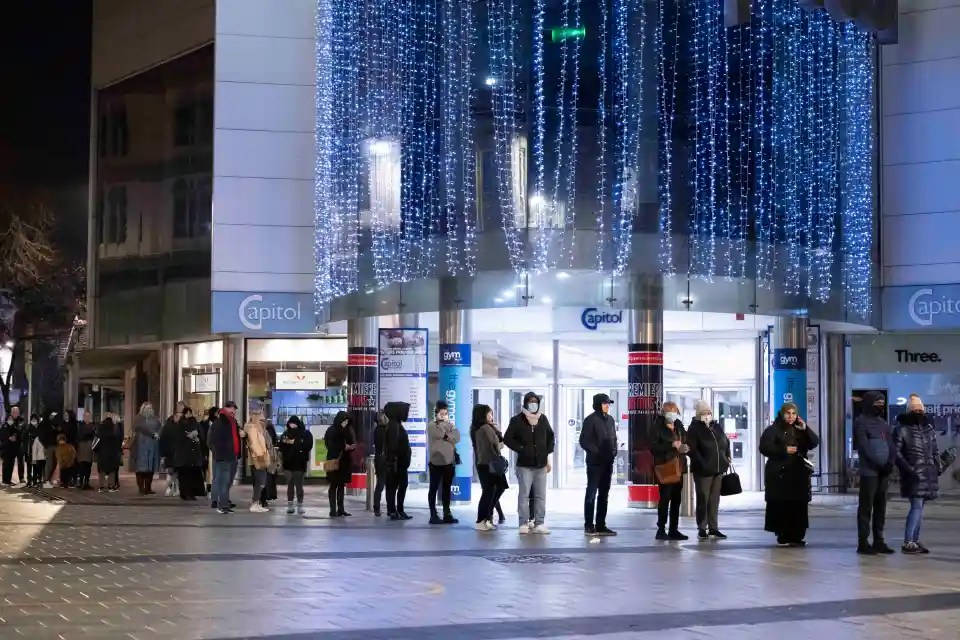 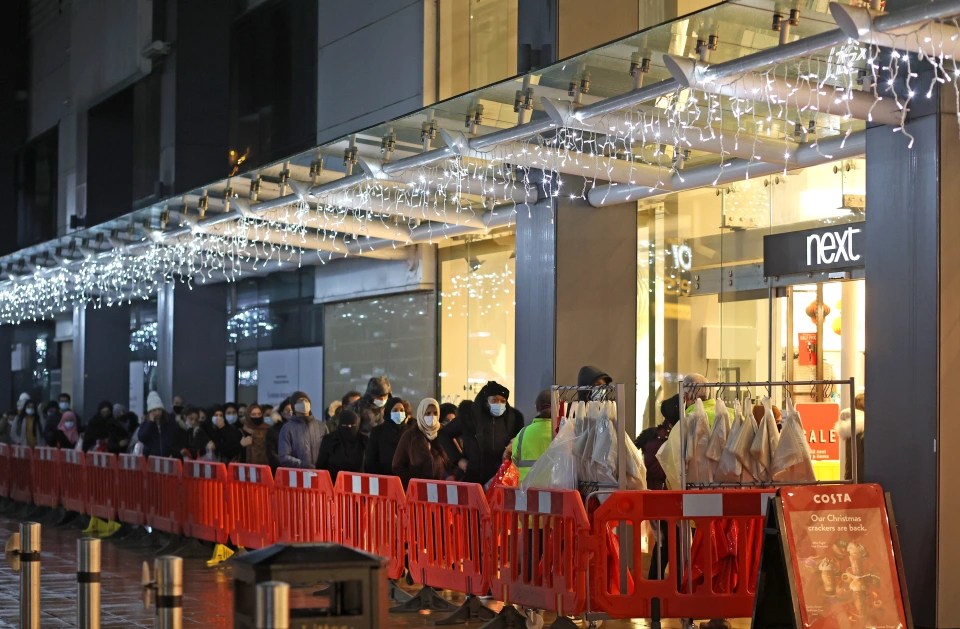 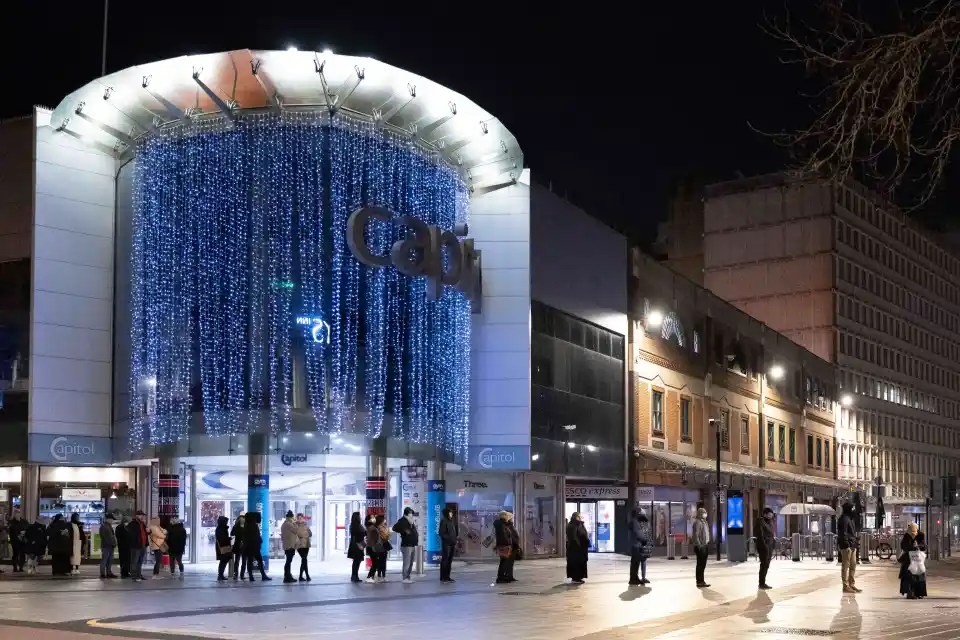