A bouncy castle in the dining room, ‘dress-up’ dinners and plenty of outings for the family jewellery: Third wife of Earl Spencer reveals how she glammed up Princess Diana’s family’s stately home

When Earl Spencer’s third wife made plans to move her life from Los Angeles to the family estate in Northamptonshire, she decided she wanted to make some big changes.

The Canadian-born former model is still settling in to her first year living full time at Althorp, the final resting place of Princess Diana.

She started planning renovations around three years ago, when Earl Spencer tasked her with remodelling the island in the middle of the manor’s ornamental lake where Diana is buried.

But that’s not all she’s been up to. In an interview with Town and Country Magazine she revealed she has shaken up the classic English country house weekend. 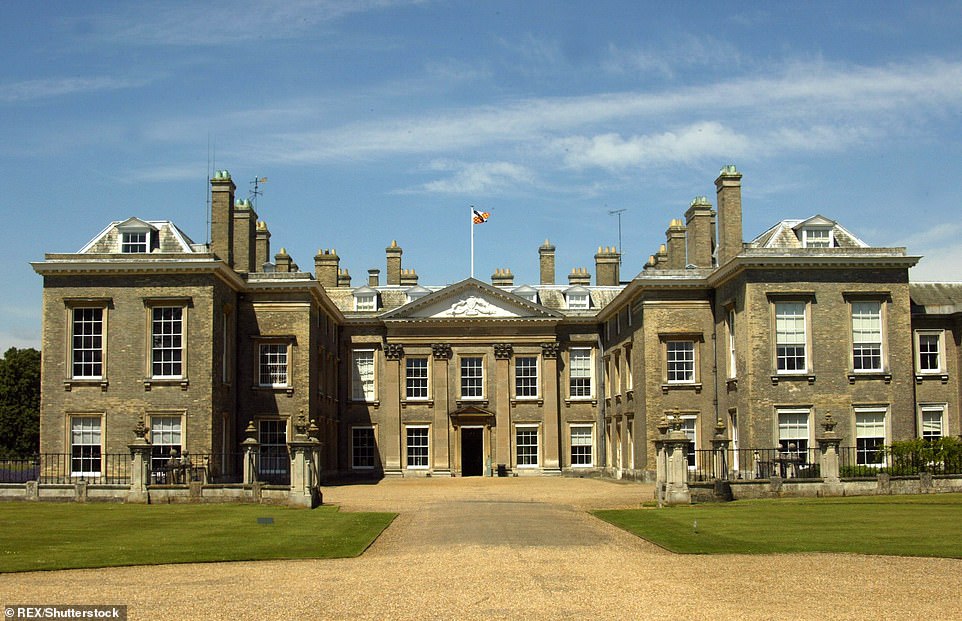 Pictured: The sprawling 550-acre Althorp estate in Daventry, Northamptonshire, is home to Earl and Lady Spencer 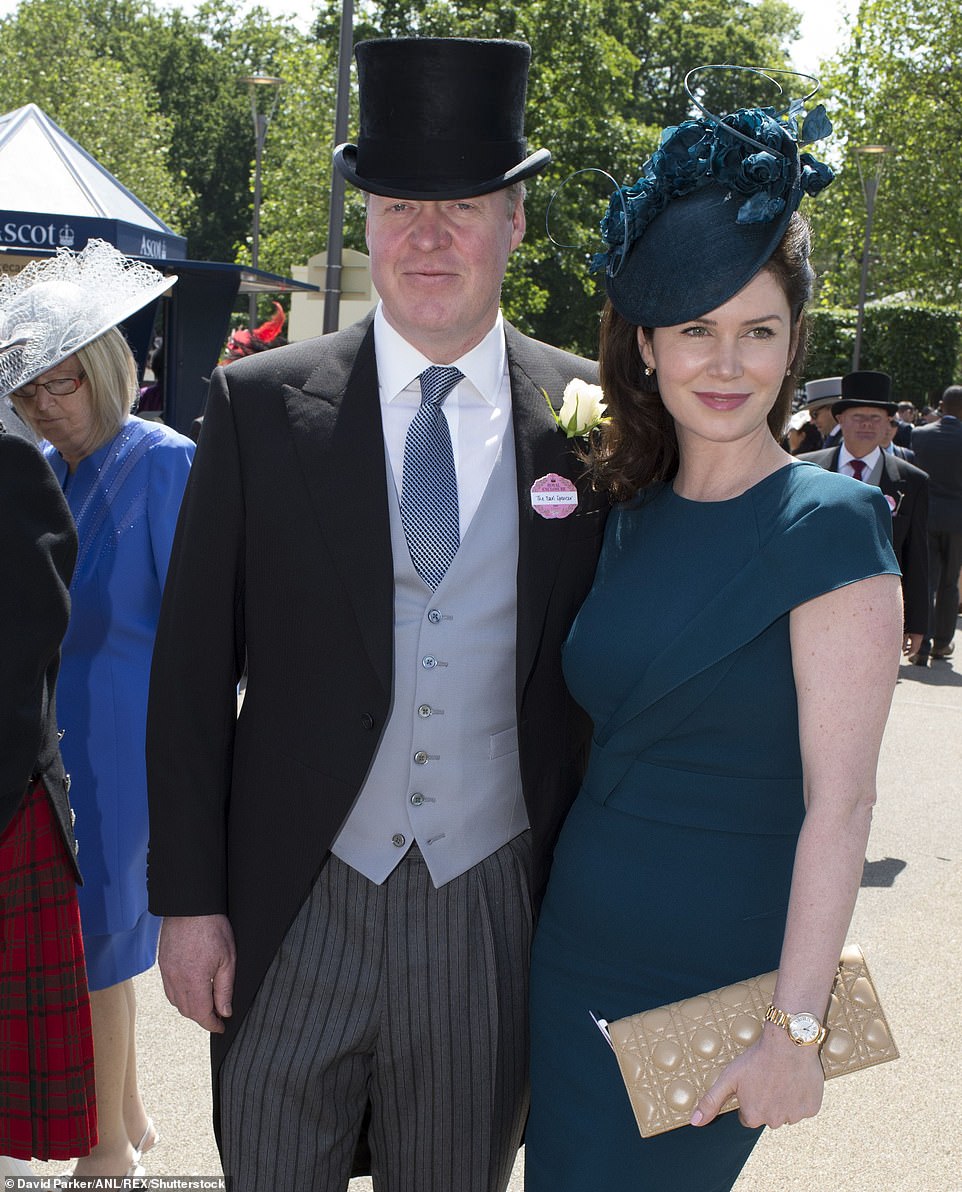 Earl Spencer and Lady Spencer, formerly Karen Gordon, married at Althorp in 2011, a year after they met. They are pictured together at Royal Ascot in 2015 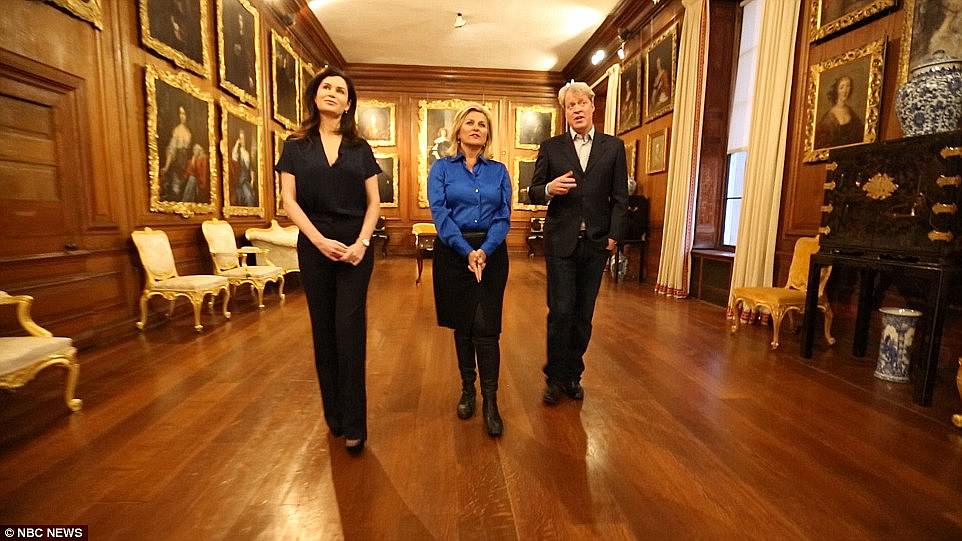 Earl Spencer (right) is pictured giving a tour of one of the portrait rooms at Althorp with his third wife Karen, Lady Spencer (left)

She said: It’s a completely foreign concept for those of us from North America. When I moved in, I made them a bit more glam: we switched dinner on Saturday nights to black tie, because everyone wants to dress up. Plus, it’s a great excuse for me to wear the Spencer jewellery.’

The treasured jewellery she refers to includes the diamond necklace Queen Anne to the Duchess of Marlborough, who were recently portrayed in the Oscar-winning film The Favourite by Olivia Colman and Rachel Weisz.

Lady Spencer says she has done some ‘major feng shui’ on the house, which is part of the wider 550-acre estate. 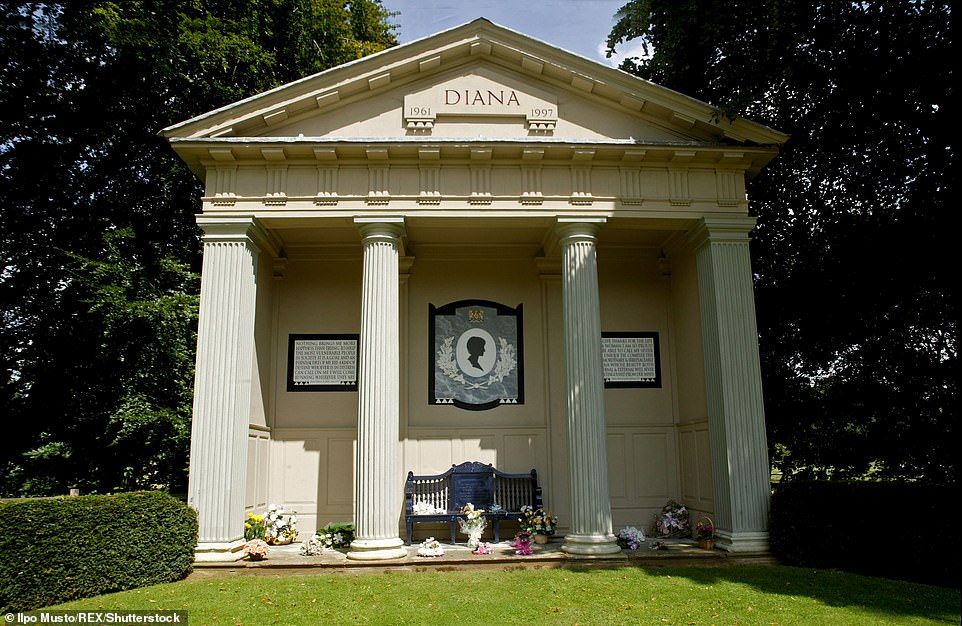 The Summerhouse at Althorp is dedicated to the Earl’s sister, Diana, Princess of Wales. She lived there following her divorce from Prince Charles and is buried on an island in the middle of an ornamental lake 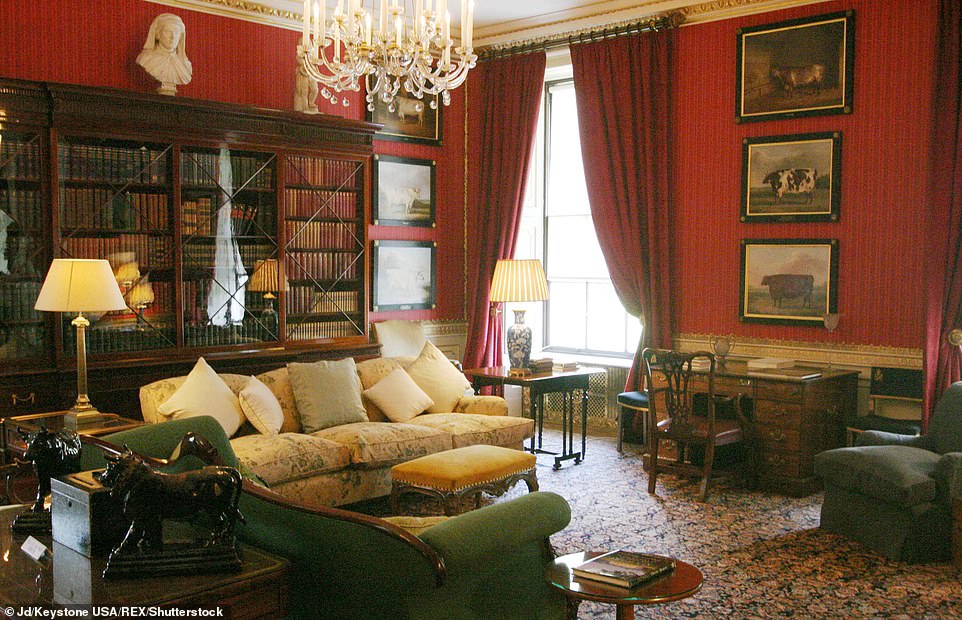 Lady Spencer tells Town and Country Magazine she has done some ‘major feng shui’ to the stately home, which famously included installing a bouncy castle in the silk-lined dining room for her then three-year-old daughter Lady Charlotte

She says she felt ‘instantly at home’ when she made the permanent move to the English countryside from her other life where her children with Hollywood producer Mark Gordon are based.

She added: ‘The portraits and furniture are a constant reminder that I am a tiny part of a big lineage.’

Althorp was the location for her wedding to Earl Spencer in 2011, which took place a year after they met.

The Spencer family have lived there since 1508, with Princess Diana spending time there after her divorce from Prince Charles. 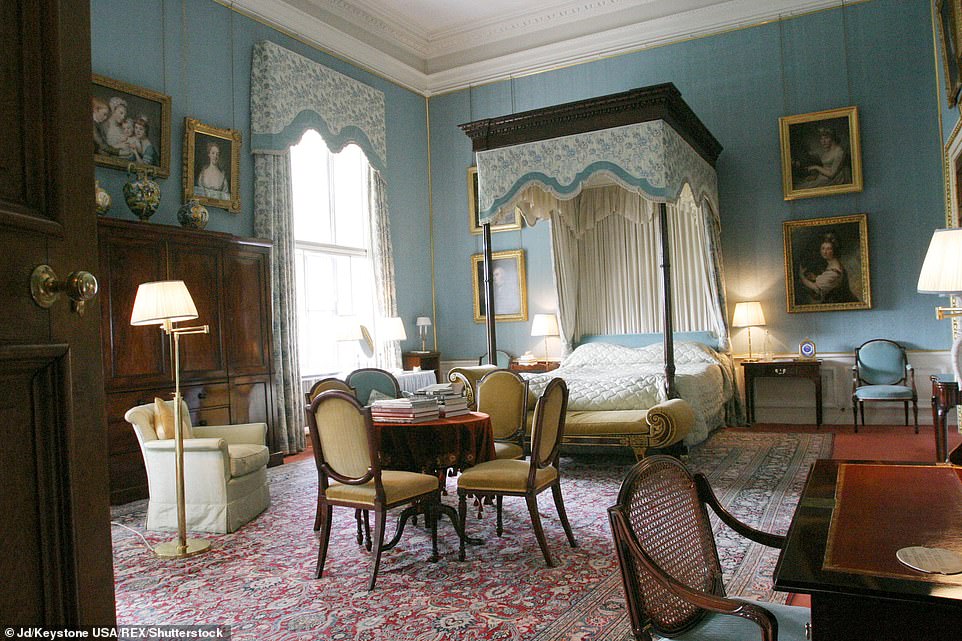 One of the bedrooms at Althorp is pictured with lavish soft furnishings and a four-poster bed. Painted in duck egg blue, it boasts gold-framed artwork on the walls 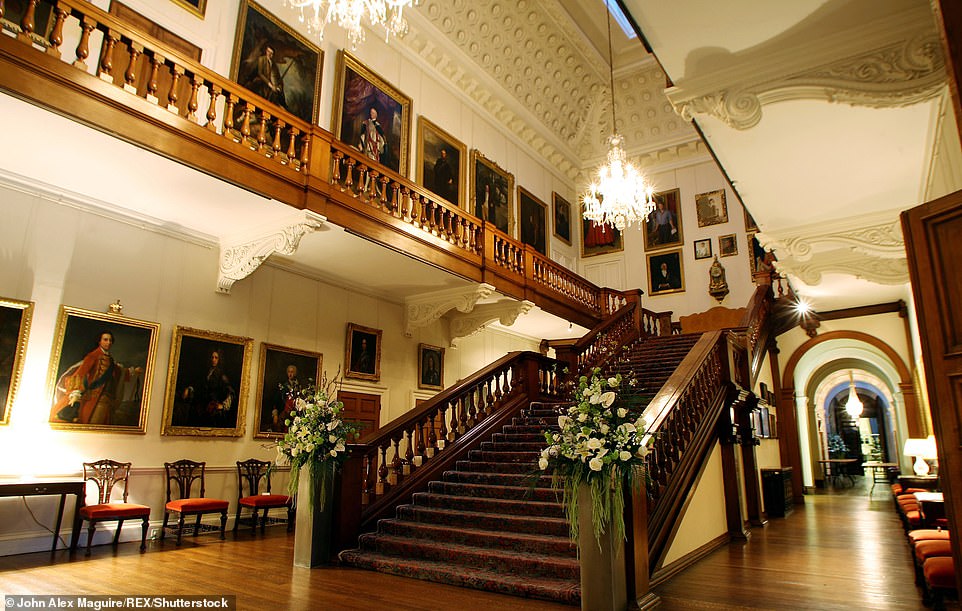 Fit for a Countess: A grand staircase at Althorp is decorated with flowers and boasts high ceilings and a stunning chandelier