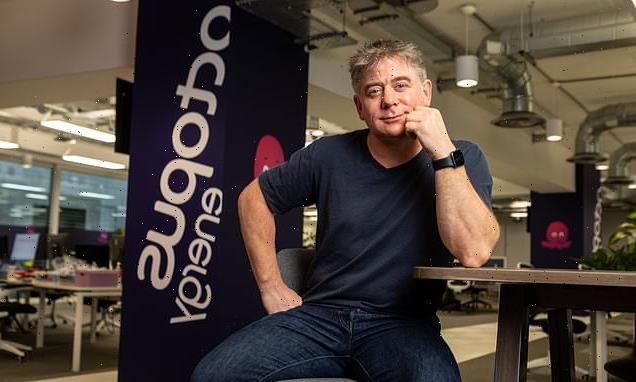 Britain’s energy suppliers are urging the Government to suspend green taxes on energy bills over the winter to ease the financial pressure on households.

The taxes, most of which are added to electricity bills – increase bills by an average of £150 a year.

Intended to help fund the shift to lower-carbon heating in homes, they are now coinciding with huge rises in wholesale gas prices which could force up bills by as much as £800 a year.

Energy supplier Eon and renewable firms Octopus, Bulb and Ovo said a short-term solution to rocketing bills would be to suspend green taxes this winter.

The call came as Ministers pressed ahead with plans to shift some of the burden of the green taxes from electricity to gas bills.

The plans would cut the price of electricity over the next decade, while increasing gas bills by about £170 a year. Ministers want to move away from gas boilers and towards heat pumps, which suck in heat from the ground, water and air. 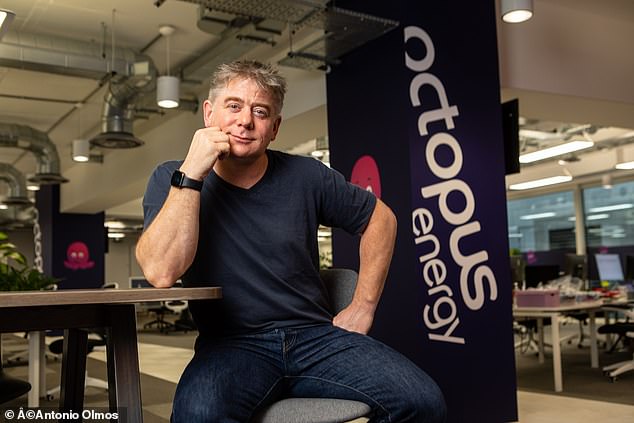 The shift would hit lower-income families the hardest because gas heating comprises a more significant proportion of their outgoings, although if enacted it will not feed through to domestic bills until 2023 at the earliest.

Cabinet tensions are starting to rise over the issue of green levies ahead of the COP26 climate summit in Glasgow next month, with No 10 noting that Chancellor Rishi Sunak failed to mention the Government’s target of decarbonising the economy by 2050 in last week’s party conference speech.

The Chancellor was horrified by calculations from the independent Office For Budget Responsibility (OBR) putting the cost of making buildings net zero at £400 billion.

The OBR also warned that the Government would need to impose carbon taxes to make up for the loss of fuel duty and other taxes.

Emma Young, of Bulb Energy, said: ‘The focus right now must be to protect consumers from high wholesale gas prices over the winter.

Eon’s UK chief executive Michael Lewis called the Government’s plan to shift electricity taxes to gas bills ‘too simplistic and potentially regressive’. He said: ‘What about the immediate impact on those least able to switch away from gas in their homes, and least able to afford a sudden and significant increase in their heating bills?

‘The quickest and most significant thing we can do to help reduce fuel bills over winter is remove these costs from electricity bills and instead fund them through government expenditure.’

Octopus Energy, which supplies 3.1 million UK households after taking on 580,000 customers from bust supplier Avro Energy, has supported the plan in principle. 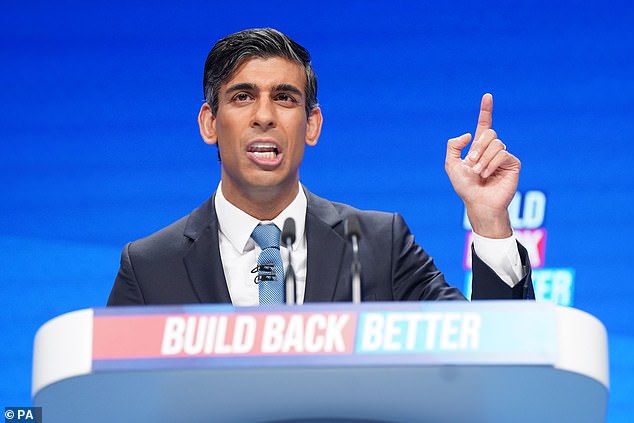 Cabinet tensions are starting to rise over the issue of green levies ahead of the COP26 climate summit in Glasgow next month, with No 10 noting that Chancellor Rishi Sunak failed to mention the Government’s target of decarbonising the economy by 2050 in last week’s party conference speech

However, it has in recent weeks presented Ministers with a range of options to achieve this in the face of rising gas prices – including the Government funding the levies instead of customers this winter as a short-term measure to give households some breathing space.

If the Government met the cost temporarily, it would have the same effect of kick-starting the move to lower-carbon heating for homes. The Octopus proposal would see the levies moved on to gas bills as prices stabilise.

The firm’s Clem Cowton said: ‘Whether the Government decides to help people with their bills by moving levies to taxation, or shifts them to gas, it’s crucial that energy bills do not increase overall.’

Ofgem chief executive Jonathan Brearley warned last week that families face ‘significant rises’ in their gas and electricity bills from April, when the next energy price cap comes into effect.

Analysts say the cap, which covers some 15 million households on default tariffs, could increase from £1,277 to more than £2,000 a year for the average home. Energy firms also face having to absorb the debts of bust companies, which are shared between the remaining suppliers. Ultimately, these extra costs will also be passed on to customers’ bills. Ten suppliers have gone bust since August.

Meanwhile, the British Ceramic Confederation, which represents manufacturers of products ranging from plates to bricks, warned businesses could be forced to shut because of the rising energy bills.

Chief executive Laura Cohen told the BBC: ‘As the high pricing extends, more members are likely to be forced to stop production due to uneconomical energy costs.

‘In the event of a national supply shortfall, our members are near the front of the queue to be forced off the gas network while households are last, and this can happen at very short notice.’

A spokesman for the Department for Business, Energy and Industrial Strategy said the energy price cap was ‘the best safety net available to protect consumers from instant, excessive price hikes’, adding: ‘The Government is committed to ensuring fairness for all energy users and to working with industry and consumers to keep bills down.’