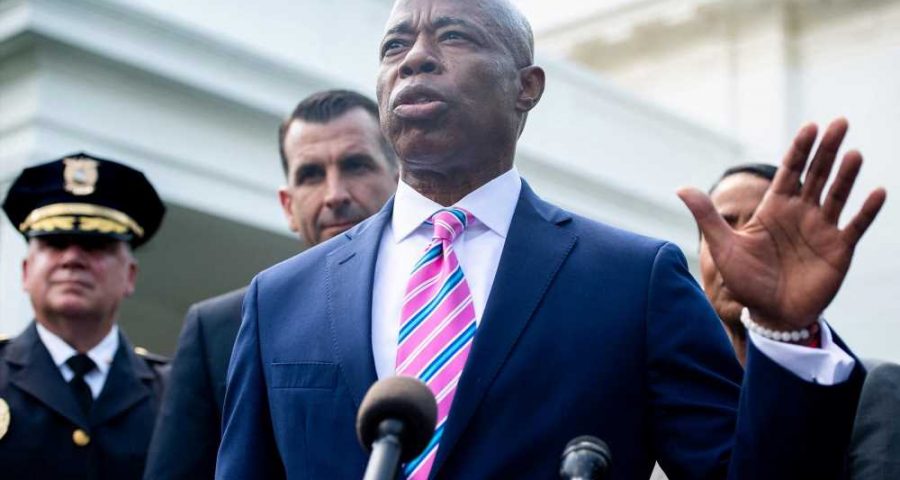 An erector and elector set of lies: Devine

Democratic mayoral nominee Eric Adams said Thursday he would use federal stimulus money to hire more NYPD officers, in a shift from earlier remarks when he said he’d focus on moving civilian cops off desk duty.

“We should utilize the money to stabilize crime in the city,” Adams said at a Manhattan press conference following a rally with the Hotel Trades Council to celebrate his mayoral primary win.

“We could use the money for additional resources on the transit system to ensure our tourists are really safe as well as the passengers.

“There are also hotspots in the city that many people are not aware of where there are upticks in crime. We could have officers cover those hotspots and really stabilize the fear,” Adams said.

President Biden has urged cities like New York that are experiencing crime waves to use leftover COVID-19 relief funds to beef up police departments.

After a White House meeting Monday, Adams rejected Biden’s offer, saying Monday, “The first thing we need to do is to do an assessment of how we are using our police officers now. Far too many police officers are doing clerical duty.”

But on Thursday he said, “If that’s the way the federal government is attaching the dollar amount, I would accept it because we could put officers in those areas that are really dealing with this gun crisis we have in the city.”

Asked by The Post how many more cops he’d hire, Adams demurred. “We haven’t gotten that dollar amount to make that equation but the goal is to make sure we’re safe,” he said.

The NYPD has just shy of 35,000 officers. GOP mayoral nominee Curtis Sliwa says the force should be closer to 38,000.

Last year, Mayor Bill de Blasio shaved about $1 billion from the NYPD in the wake of the movement to “Defund the police” after George Floyd’s death. This year the mayor only restored $200 million to the department.