The European Union is set to propose a fresh alliance with the United States to rebuild its relationship with the country after Trump leaves office and to take on the growing global influence of China.

Through the new alliance, The EU hopes to rebuild ties on common fronts such as tech, Covid-19 and democratic principles.

A draft plan to revitalise the relationship that deteriorated during the Trump era will see the EU call on the US to take a ‘once in a generation’ opportunity to form a new global alliance to meet the ‘strategic challenge’ posed by Beijing.

According to the Financial Times that has seen the draft, the paper has been prepared by the European Commission that says if the EU-US partnership is to assert its interests against growing authoritarian powers, it is in need of ‘maintenance and renewal’. 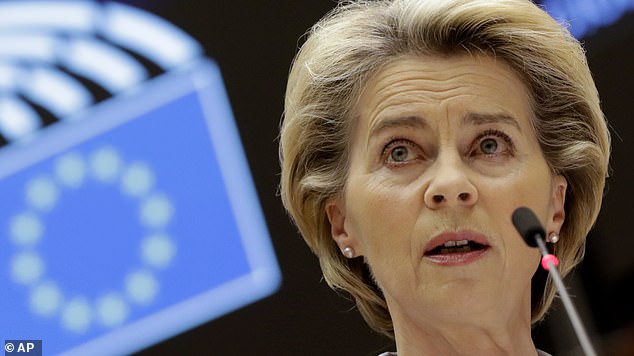 The European Union is set to propose a fresh alliance with the U.S. to solidify the transatlantic relationship that deteriorated during the Trump era, in an effort to counter Beijing’s rapidly growing global influence and bury the hatchet on a number of points of contention. Pictured: European Commission President Ursula von der Leyen last week 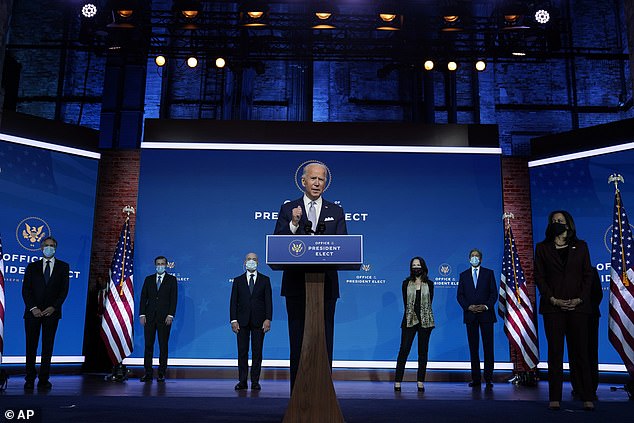 ‘As open democratic societies and market economies, the EU and the US agree on the strategic challenge presented by China’s growing international assertiveness, even if we do not always agree on the best way to address this,’ the draft says, according to the British newspaper.

The 11-page set of policy proposals entitled ‘a new EU-US agenda for global change’, currently in draft form, includes an appeal for the EU and US to settle its differences on persistent sources of transatlantic tensions.

One such issue that the EU and US have clashed over is Europe’s push for greater taxation on US tech giants – such as Amazon and Google – when operating in the EU.

The draft paper also proposes a joint EU-US effort to shape the digital regulatory environment, including the adoption of common approaches to anti-trust enforcement, data protection, a joint approach to tackling cyber-threats and cooperating on screening of sensitive foreign investments.

Other parts of the paper propose cooperation when it comes to distributing Covid-19 vaccines and working together to reform the World Health Organisation, which has come under much scrutiny during the pandemic.

The proposal reflects the EU’s relief over President Elect Joe Biden’s election victory over current incumbent Donald Trump, and its optimism over working with the new administration going forward. 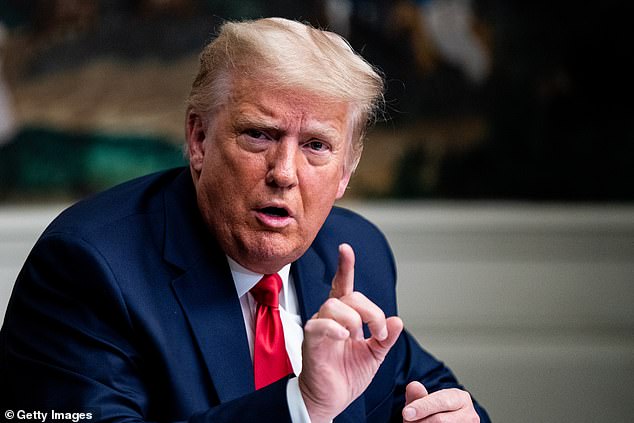 On Monday, the European Union will begin discussions on how best to ‘renew and reinvigorate’ transatlantic relations after current President Trump (pictured on Thursday) leaves the white house at the start of next year

‘The arrival of a new administration and congress … is an opportunity for the EU to renew and reinvigorate its strategic partnership with the U.S. based on mutual interests,’ said the document prepared for envoys.

‘The EU should agree a set of concrete priorities on which to engage the new US leadership,’ it said.

It also demonstrated the EU’s concern over Beijing’s growing global influence and at how the testing transatlantic relationship in the last four years has given China the geopolitical initiative.

The commission’s draft document also backs Biden’s proposal to hold a summit of democracies, and says that the new transatlantic agenda should form the ‘linchpin of a new global alliance of like-minded partners’.

The paper is expected to be submitted for endorsement by national leaders at a meeting on December 10-11, and suggests that a EU-US summit is held in the first half of 2021 to launch the new transatlantic agenda. 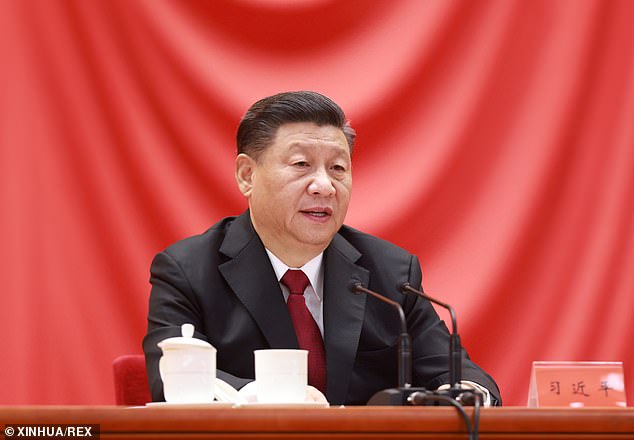 The draft demonstrates the EU’s concern over Beijing’s growing global influence and at how the testing transatlantic relationship in the last four years has given China the geopolitical initiative. Pictured: Chinese President Xi Jinping

On Monday, the European Union will begin discussions on how best to ‘renew and reinvigorate’ transatlantic relations after Trump, according to another internal document seen by Reuters.

Ambassadors from the 27 EU countries will consider five broad policy areas on which they see greater opportunities for cooperation when Joe Biden takes over as president after four years of Trump’s ‘America First’ policy.

Many European leaders watched with shock as Trump pulled the United States out of the Paris climate change agreement and the deal between world powers and Iran limiting Tehran’s nuclear activities, imposed tariffs on EU goods and spurned multilateral bodies that Washington has backed for decades. 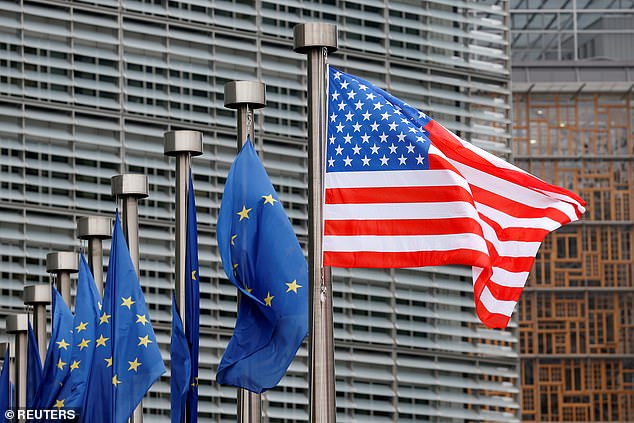 European Commission President Ursula von der Leyen has said the U is looking forward to the United States rejoining the Paris agreement, which Biden has said he will do

However, one EU diplomat cautioned against any assumption that the EU and the United States would agree on all issues.

‘There will be a change of tone from Biden, but the tough U.S. stance on China, the insistence that Europeans spend more on defence – they will remain,’ the diplomat said.

Charles Michel, the former Belgian prime minister who heads the grouping of EU nations called the European Council, has invited Biden to an in-person summit in the first half of 2021, with a virtual summit perhaps soon after he takes office.

European Commission President Ursula von der Leyen has said the EU is looking forward to the United States rejoining the Paris agreement, which Biden has said he will do.