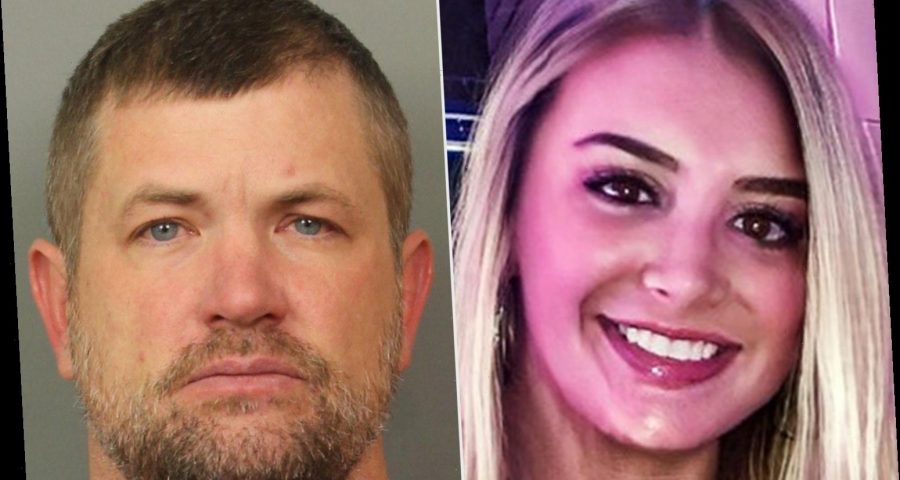 After deciding to end her marriage to an abusive police officer, Megan Montgomery determined she wanted to help others in her situation.

"I want to show them the warning signs, why it is so hard to get out, to help them with the legal system, to help them leave sooner," the 31-year-old wrote, according to her family. "I started writing my book in the hospital and I used it as therapy. I never envisioned it coming to fruition until now. I'm finishing my book and I'm embarking on my new calling to help other girls and other victims."

Three months after leaving Jason McIntosh, she was found dead in the parking lot of an athletic complex in Mountain Brook, Ala., shot at least once in the head and once in the back.

"Megan began dying on July 23, 2017, on their first date," her mother, Susann Montgomery-Clark, said in court, reports AL.com. "Like a frog in a pot of boiling water, you gradually turn up the heat to boiling and the frog doesn't know they're dying. That's what happened to Megan. That's what domestic violence does. Anyone who met her after their first date didn't know the real Megan that he destroyed long before he killed her." "Megan had written in a gratitude journal after she was shot the first time …'I hope I find a man in the future who won't make me do things I don't want to do,'" her mother said. "Over and over she wrote, 'I am strong,' so may times so she could convince her traumatized self that she would be strong enough to leave him."

Tommy Spina, the killer's defense attorney, acknowledged that "the emotional damage to others left in the wake of this exceptionally flawed relationship will last forever," reports WBRC.

In a statement after the guilty plea, he said: "Jason has admitted his guilt publicly and has acknowledged his actions resulting in the death of Megan, as he has since day one privately . He deeply regrets what he did and the pain he has inflicted onto so many people. He has accepted his punishment for those actions."

The attorney added: "I would concur with the comments made by Megan's family in court. Domestic violence is real and it takes place in all segments of society daily. If you are aware of a friend, acquaintance, relative or co-worker or even a complete stranger who is in an abusive relationship, whether physical or emotional, you need to get proactive and try and do what you can to break the cycle of abuse before it ends like it did in this instance."

"Do not just sit back and watch, judge and later wish you had acted," he said. "It does not have to end this way, there are ways out. Be aware."

McIntosh, who served until nine months before Montgomery's death as an officer with the Hoover Police Department, resigned from that job after a domestic incident that left Montgomery with a gunshot wound to her arm, according to AL.com. He'd earlier been an officer with Birmingham police and then Mountain Brook police.

After Montgomery's murder, her mother and stepfather established the charitable Megan Montgomery Domestic Violence Prevention Fund, "with the goal of educating students in high school and college about toxic and potentially violent relationships, stopping the violence before it ever happens," according to its mission.

"Nearly three-quarters of all Americans know someone who is, or has been a victim of domestic violence," the fund's website states. "If the victim does escape and survive, they face many years of therapy to heal from the trauma. That is, if they are able to escape."