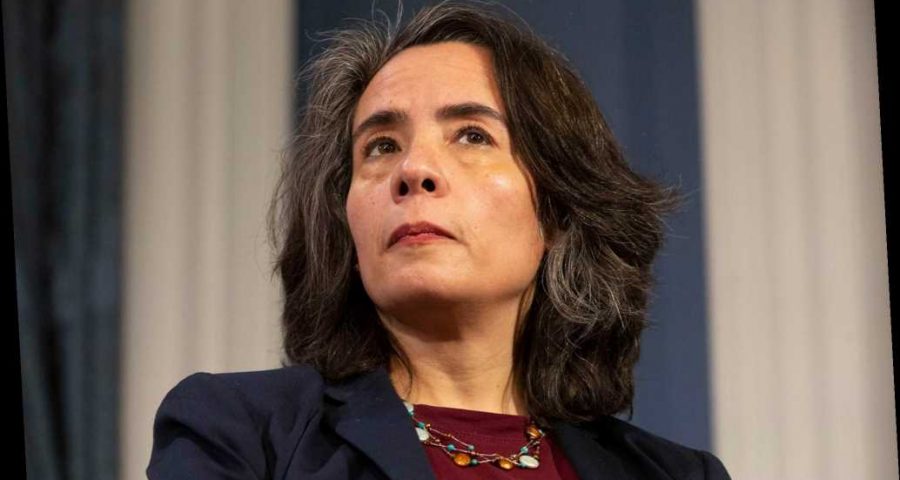 Some NYC high schoolers to resume in-person learning this month

Mayor Bill de Blasio and his top aides “panicked” at the prospect of speaking frankly to New Yorkers about the coronavirus’ deadly potential during the pandemic’s early days, former city Health Commissioner Dr. Oxiris Barbot says in a new documentary.

Barbot, who resigned in August while voicing “deep disappointment” in de Blasio’s handling of the health crisis, spoke out in a new feature for the BBC’s streaming service, a three-minute clip of which was posted to YouTube on Monday.

“Behind the scenes, we had talked to the mayor and his team, [saying] that we could see tens of thousands of people die if we don’t act quickly,” recalled Barbot, who does not specify in the clip exactly when the conversation occurred.

The direct talk was greeted with “sort of this panic in the room of like, ‘Oh my God, you can’t say that to the public because we’re gonna lose their trust.’”

Conversely, Barbot felt “really strongly that we needed to prepare New Yorkers emotionally for what was coming,” she recalled. “We need New Yorkers to be ready for loved ones dying.”

The early weeks of the city’s pandemic response were marked by an error-prone, micromanaging approach on the part of de Blasio, leaving members of his staff at a loss, insiders have said.

Publicly, de Blasio encouraged New Yorkers to “go about [their] lives” — leading by example by continuing his jaunts to work out at the Park Slope YMCA into March 2020.

This clashed with Barbot’s advocacy for a more forthright approach.

“I was trying to, in that early period, be deliberate about…” she said in the clip, trailing off into several seconds of silence as tears welled in her eyes.

“As the city’s doctor, taking my city through what I knew was coming.”

Through Monday afternoon, some 755,261 New Yorkers have been diagnosed with a confirmed or probable case of the coronavirus since the pandemic’s start, and 29,866 have died, according to city data.

“It was hard to do,” said Barbot. “Somehow I managed to do it without crying, the way that I am now.

In her resignation letter to de Blasio, Barbot wrote that she felt experts at the city’s DOH had not been given the latitude to work at their highest potential amid the pandemic.

Barbot came under fire mid-pandemic for telling the NYPD’s highest-ranking uniformed cop, Chief of Department Terence Monahan, “I don’t give two rats’ asses about your cops” while blowing off a department request for 500,000 face masks.

She later publicly apologized for the remark.

City Hall on Monday strongly disputed Barbot’s characterization of the pandemic response in a statement.

“The idea that Dr. Barbot was pounding on the table, warning City Hall behind closed doors that tens of thousands of people would die without more aggressive action is simply false,” a spokeswoman said.

“All we wanted was a clear prognosis on when to shut down the city, and how far we had to go. She was unable to produce either.”