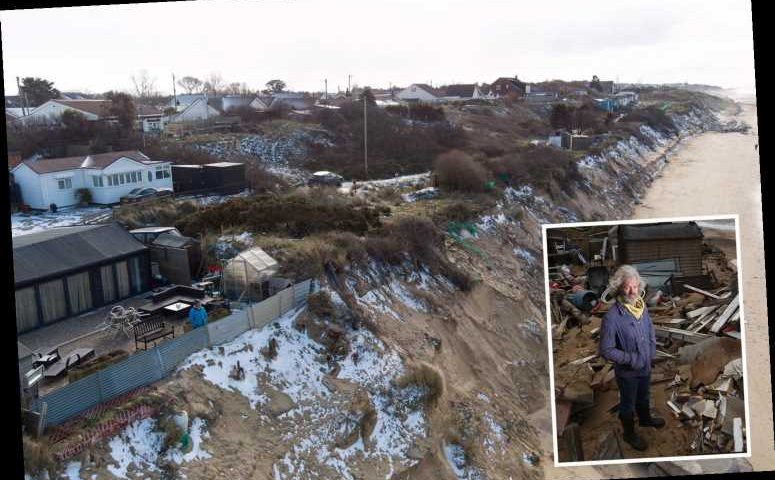 AN EX-SOLDIER who built DIY defences to protect his clifftop home from falling into the sea has said it’s “not looking good” – with his property now just 50ft from the edge.

Lance Martin, 63, lives in Hemsby, Norfolk, and lost another 15ft of land after Storm Darcy wreaked havoc along the coastline this week. 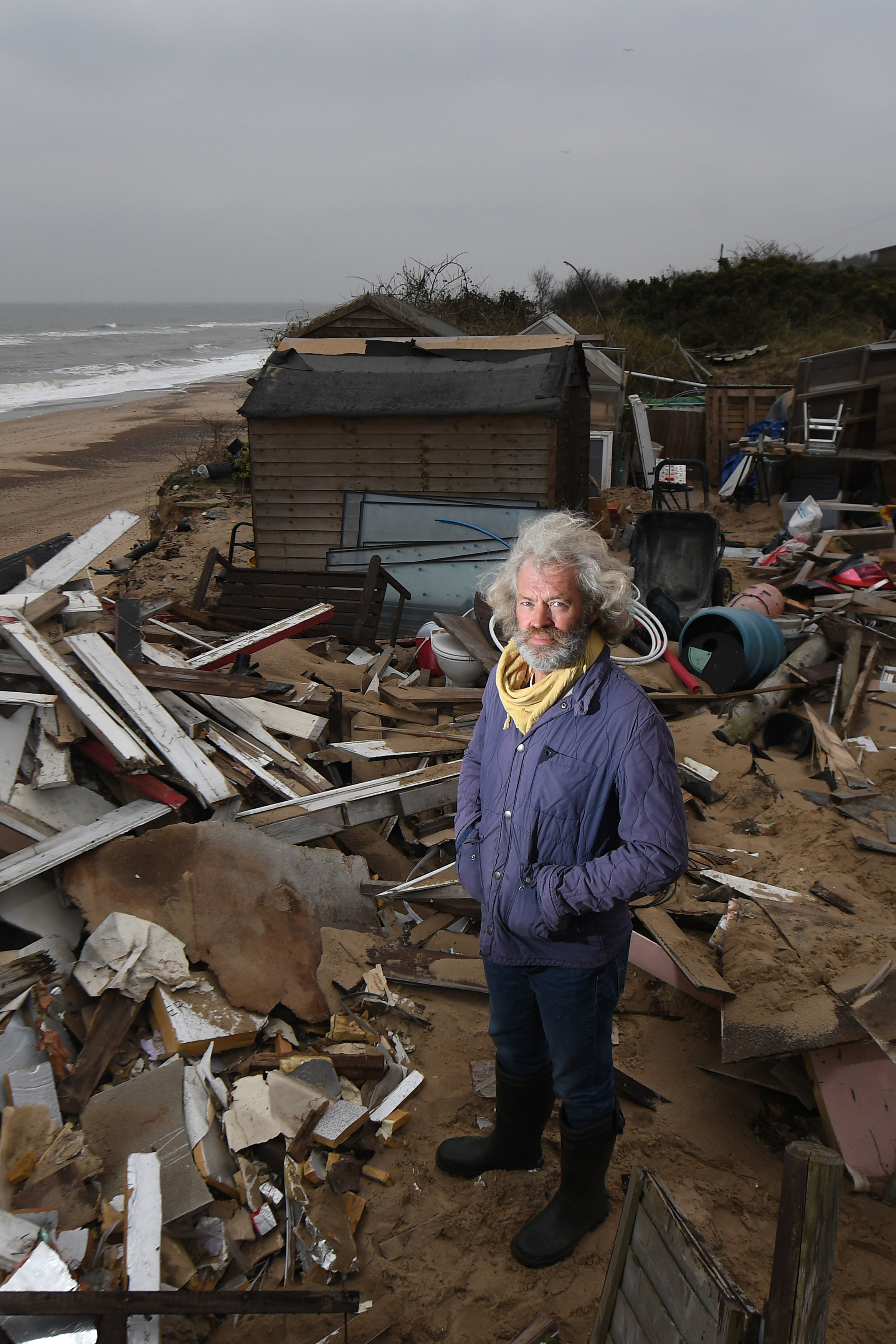 Mr Martin, who served in the Grenadier Guards from 1978 to 2000, had previously lost almost 100ft of sand dune to the tides during the Beast from the East in 2018.

There were 13 homes in his row, and his is the last one left.

Mr Martin said he hopes to get through the rest of the week's weather chaos and plans to rearrange 75 two-tonne concrete blocks on the beach below to break the force of the waves.

He said: “The tide with the high winds behind it has really done a lot of damage to the dunes.

"The blocks that I put down there are just about holding up.

"I've lost about 15ft of dune.I had a green fence down there with warning signs up and that's disappeared, that's gone.

"It's not looking good at the moment."

He added that, with strong winds forecast on Friday and Saturday, he hopes to better his defences as soon as he can and will use a digger to rearrange them.

Friends have helped with labour in the past, but Mr Martin said: "That's a problem at the moment with lockdown and movement restrictions, it's hard to get that help."

The ex-soldier had bought the house for £95,000 in 2017, and spent another £70,000 on improvements after he retired from his security job in London and sold his flat in Dagenham, East London.

He went on: "I'm hoping to realign the blocks and put them in a better configuration to try and – not stop the sea because I know I'll never do that – but break the force of the waves so when they hit the bottom of the dune it's more of a trickle than a tap running if that makes sense.

"My immediate thoughts are get a digger down here, rearrange the blocks, see the worst of the storm through then reassess after that.

"But I've still got the option of what I call Plan Z, which is levelling the plot directly behind my property and trying to slide it (the property) across to there.

"I don't own (the plot behind) but the landowners have said I could have it but I think there'll be a cost involved so, as I said, that's Plan Z."

But he said that the Army had equipped him with fighting spirit – and he was determined to face down the Storm.

Mr Martin said when he bought the house, he could stand on the roof and still not see the sea, but he was told by a survey to expect one metre of dune loss per year to erosion.