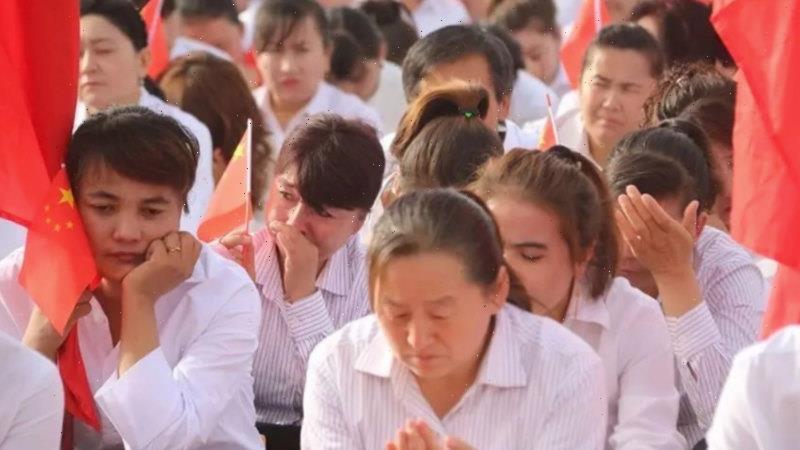 In the autumn of 2018, 19-year-old Anayat Ablitz was seated behind a long table at a neighbourhood watch meeting in north-west China.

The Uighur teenager had already been detained by Chinese authorities for eight months after he used a banned file-sharing app, Zapya, but was now set to learn his fate from neighbourhood committee staff members and the local prosecutor. 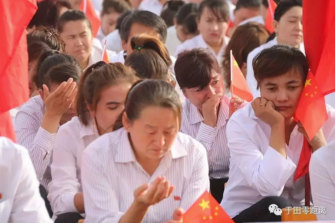 The app allows residents in Xinjiang to share movies, music and other material that is censored by China’s great firewall over a Bluetooth-style connection. Ablitz disputed a separate claim that he had used a virtual private network (VPN) – as another way around China’s draconian internet restrictions – but after being persuaded by his father and brother he signed the statement of guilt in front of his neighbours.

He was sentenced to three years in jail.

Ablitz’s account, taken from Chinese police reports in Xinjiang, is one of a dozen in the Australian Strategic Policy Institute’s [ASPI] new report on the region where up to 1 million Uighurs have been detained in re-education camps. The research, funded by the British Foreign Office, shows how Chinese authorities have mobilised a campaign of grassroots governance as it moves from using police crackdowns to suppress the threat of terrorism to transforming entire neighbourhoods into Chinese Communist Party-abiding citizens.

Officials have implemented a “trinity mechanism” in the new Xinjiang, involving managers responsible for 10 households, fake families from the Han Chinese majority and the Political and Legal Affairs Commission (PLAC). The household managers are trained in intelligence, propaganda and re-education, while the fake families are appointed to “show warmth” to their appointed Uighur relatives while watching their homes for any signs of religious or political subversion. All of it is overseen by the PLAC, which is notified of “enemy movements” including having an unexpected visitor at home, driving a car that does not belong to them, receiving an overseas phone call, or as in Ablitz’s case, using file-sharing apps such as Zapya. The commission has established 9000 police substations to monitor each community.

The research, released on Tuesday, by Vicky Xiuzhong Xu, James Leibold and Daria Impiombato, reflects other recent experiences of Xinjiang, where there have been fewer reports of mass detention campaigns that sparked allegations of genocide while a more insidious Maoist form of coercion, mass propaganda rallies and surveillance spreads throughout the region.

Ablitz’s case files show his family was visited at least six times by the neighbourhood watch before his sentencing to make sure the family’s “ideological status is stable”. They were given lectures on the outcomes of the meetings of the National People’s Congress in Beijing at the same time as their homes were scanned – were they watching TV or VCDs? Was there any religious iconography on the walls? “Thoughts are stable and everything is normal,” the cadres reported.

Xu, Leibold and Impiombato said authorities have sought to “permanently remould Xinjiang society and reach a perfect state of ‘comprehensive stability’ by the end of 2021″.

The Chinese Foreign Ministry has accused ASPI of “concocting lies” and “spreading slanderous rumours” as part of a campaign by foreign forces including the United States and Australia against China. On Monday, Foreign Ministry spokesman Zhao Lijian said Xinjiang now enjoys “social stability, economic development, solidarity among ethnic groups and harmony among religions”.

“People of all ethnic groups live a happy and fulfilling life, with all rights and interests prescribed by law are fully guaranteed,” he said. “The so-called human rights issues in Xinjiang are an outright political conspiracy.” 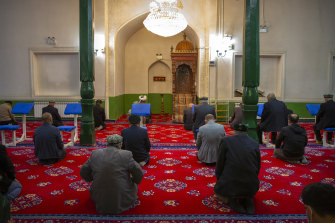 Uighurs and other members of the faithful pray during services at the Id Kah Mosque in Kashgar in western China’s Xinjiang Uyghur Autonomous Region. Credit:AP

But that stability appears to have come at a price for residents like Ablitz, according to the police reports from Xinjiang’s capital Urumqi first leaked to journalist Yael Grauer and shared with ASPI.

In this environment, a depressed teenager posting on WeChat about “life being hopeless” has been turned into evidence of radicalism, families have been told that they would be detained if they did not move from areas that were due to be given a more Chinese facade, while Uighur divorcee Ekper Tursun was sent to a re-education camp because he “doesn’t have a fixed address” to fill a local government detention quota.

One Xinjiang official told Human Rights Watch in 2019 that quotas had been implemented for arrests across the region.

“So we began to arrest people randomly: people who argue in the neighbourhood, people who street fight, drunkards, people who are lazy; we would arrest them and accuse them of being extremists,” he said. “There was not enough room for them all in the centres, so they built new ones.”

Satellite imagery shows some lower-security detention centres have been decommissioned in Xinjiang in favour of community policing, while other higher security facilities have continued to be built until this year.

At the same time, the community policing structure for those outside detention has created a fear of constant surveillance, with both local Han Chinese families and some Uighurs becoming part of the intelligence apparatus in exchange for economic and political gain through the Party.

“People eventually felt as though they were part of the police, with a taste for watching and reporting on one another,” said Uighur poet Tahir Hamut Izgil. “They remained constantly ready to confront enemies, and at the same time often felt that they themselves were the enemy.”

The records also show the key figures in charge of implementing the new regime. Among them are rising stars of the Party including Yao Ning, a 36-year-old Harvard educated Party secretary of Maralbeshi county, and Yang Fasen, who at 50 is the youngest ministerial-level official in Xinjiang and so passionate about the Party that he burst into a song about how short life is while giving a propaganda lecture.

Yao said as a student: “[I’d like to] go to the place where the motherland needs [me] the most. Get up on the big stage and have a big career.” 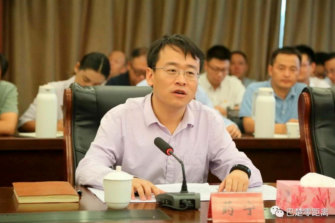 Yao Ning, the 36-year-old Harvard-educated Party secretary leading some of the programs in Xinjiang.Credit:

Yao was one of 103 officials to meet Xi on the eve of the Chinese Communist Party’s 100th birthday in July.

Yang is the secretary responsible for Hotan prefecture where 52 detention facilities have been built and thousands of bus drivers have been mobilised to preach to passengers and monitor for any sign of dissent. He was recently promoted to vice-governor of the region.

The methods used in Xinjiang are proving lucrative not only for local officials but for others across the country on the make. Xinjiang has become a testing ground for the rest of China.

In 2018, Ningxia’s committee secretary, Zhang Yunsheng, said he would “learn and borrow” from Xinjiang’s experiences.

The Hong Kong government’s counterterrorism task force also visited that year. Little more than two years later, more than 100 students, teachers, artists and activists were arrested for subversion in the former liberal enclave, as critical media companies were shut down and facial recognition software was deployed in the name of stability.