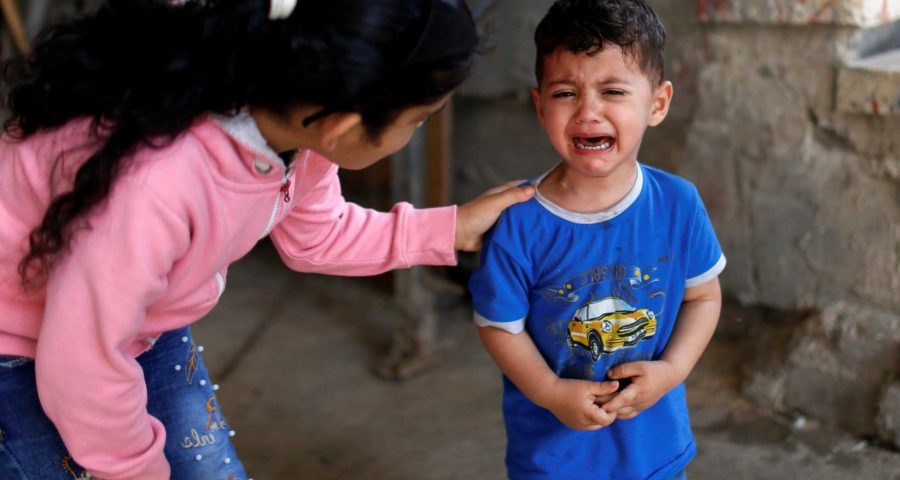 FIFTEEN children have been massacred by rocket attacks and airstrikes as the deadly conflict between Israel and the Palestinians continues to escalate.

Israeli Prime Minister Benjamin Netanyahu has vowed "this is just the beginning" of Israel's bombings, adding: "We will inflict blows on them that they couldn’t even dream of."

🔵 Read our Israel-Gaza live blog for the very latest updates… 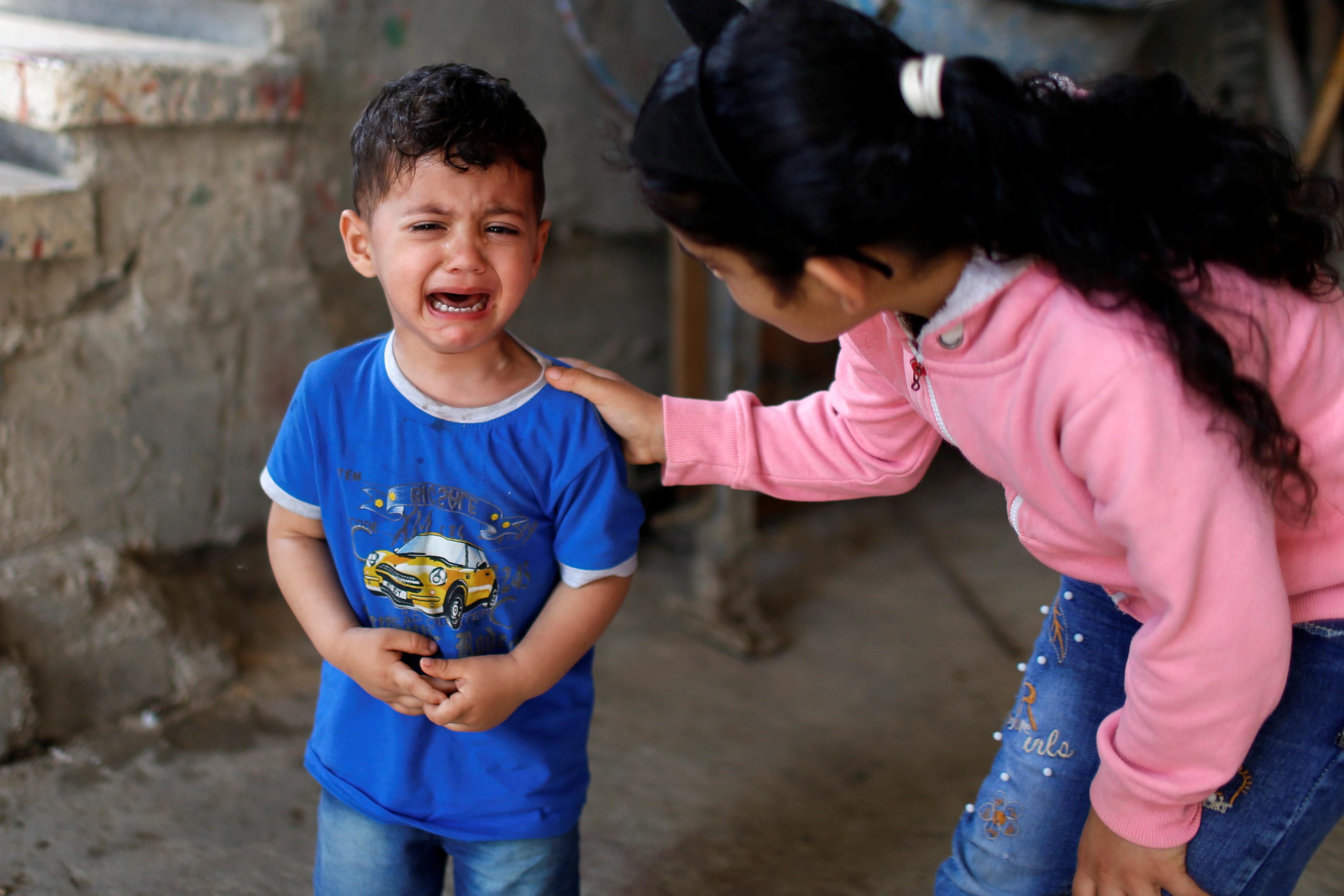 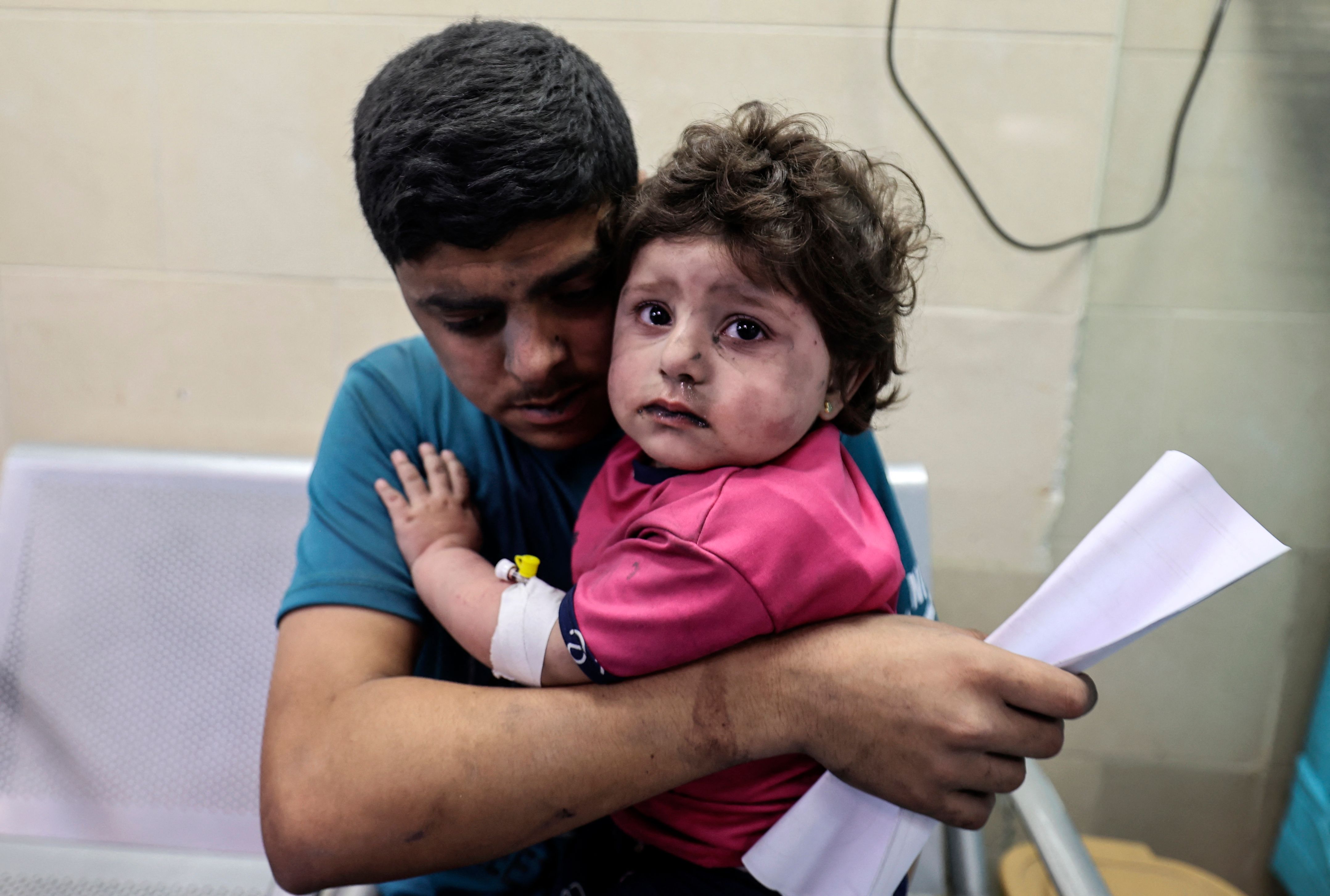 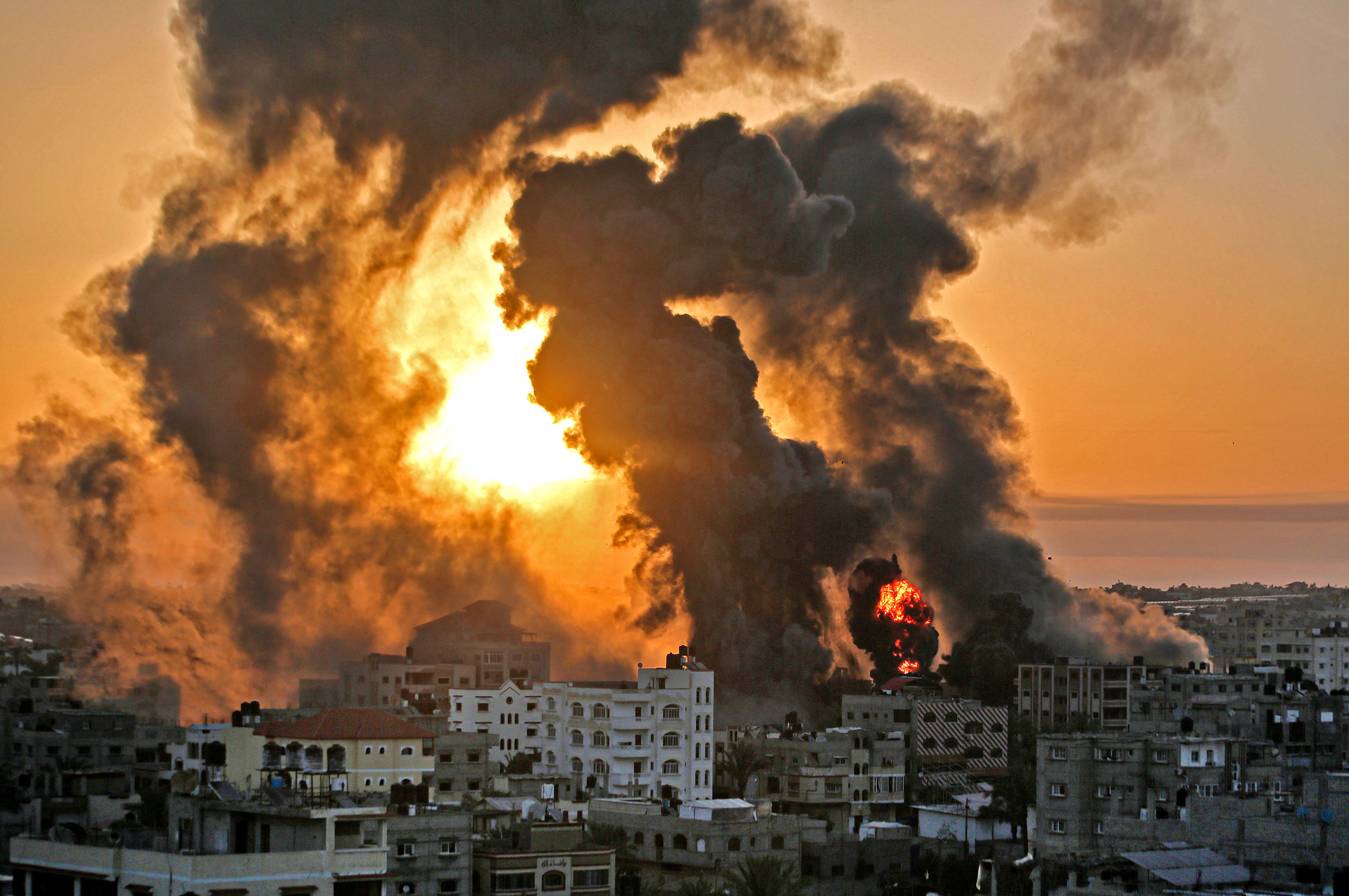 More than 1,050 rockets have been fired towards Israel by Palestinian militants since Monday evening, the Israeli army said.

The Israel Defense Forces said it struck 130 targets in Gaza overnight after 200 rockets were fired at Israel.

The fiercest attack was a set of airstrikes which brought down an entire 12-story building – the building housed important Hamas offices.

The death toll in Gaza rose to 48 on Wednesday, including 14 children, the Health Ministry said, and more than 300 Palestinians have been injured, including 86 children.

And six Israelis, including a child, have been killed by rocket fire, and dozens of people were wounded.

It brings the number of children killed in the violence to 15.

'THIS IS JUST THE BEGINNING'

Bassem Issa was the highest-ranking military figure in Hamas to be killed Israel since 2014.

The armed wing of Hamas said Issa was killed along with a few of his fellow brothers of leaders and holy fighters during the fighting.

Israel said a series of airstrikes had killed Issa and several other senior Hamas militants.

"We eliminated senior Hamas commanders and this is just the beginning," Netanyahu said.

"We will inflict blows on them that they couldn’t even dream of." 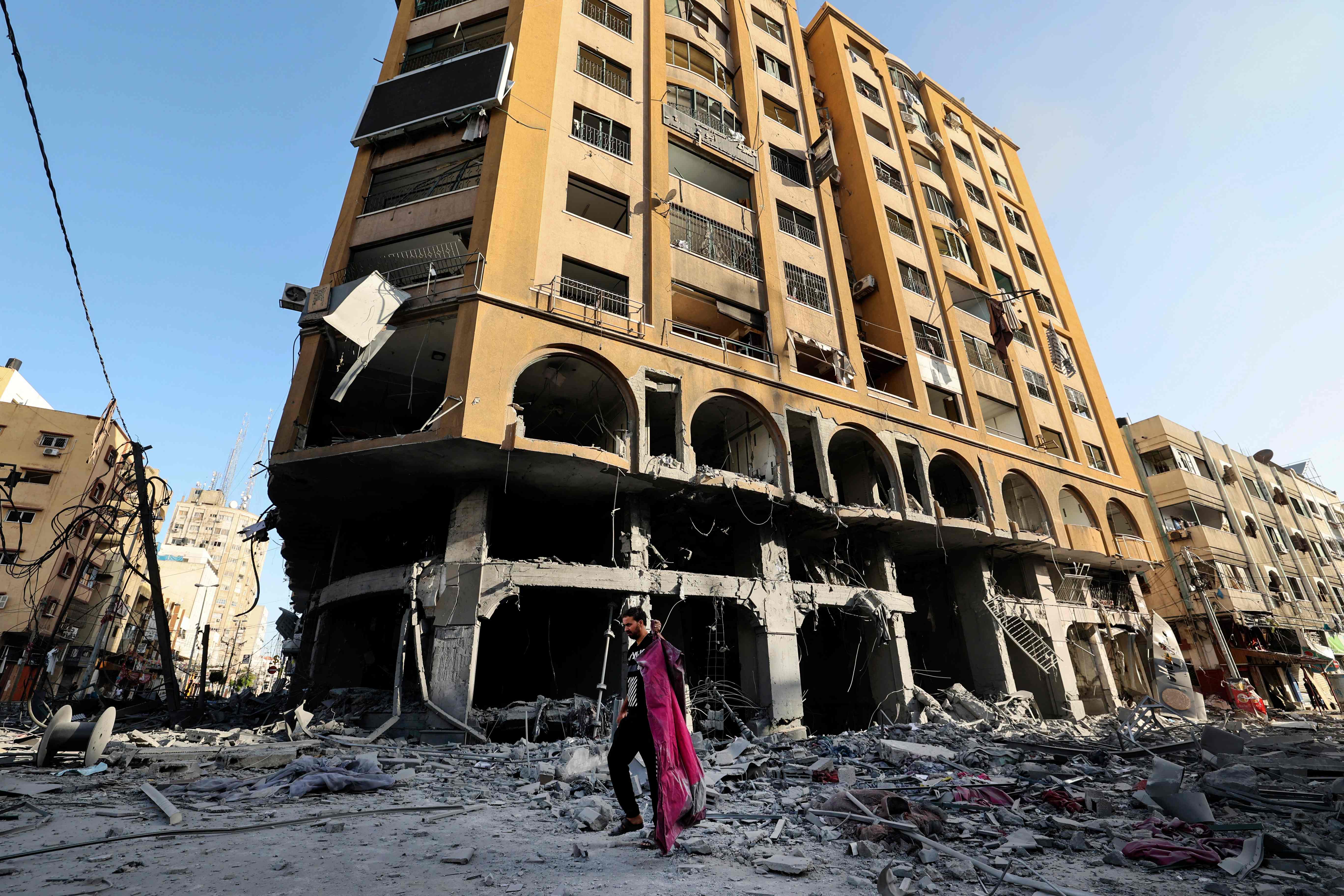 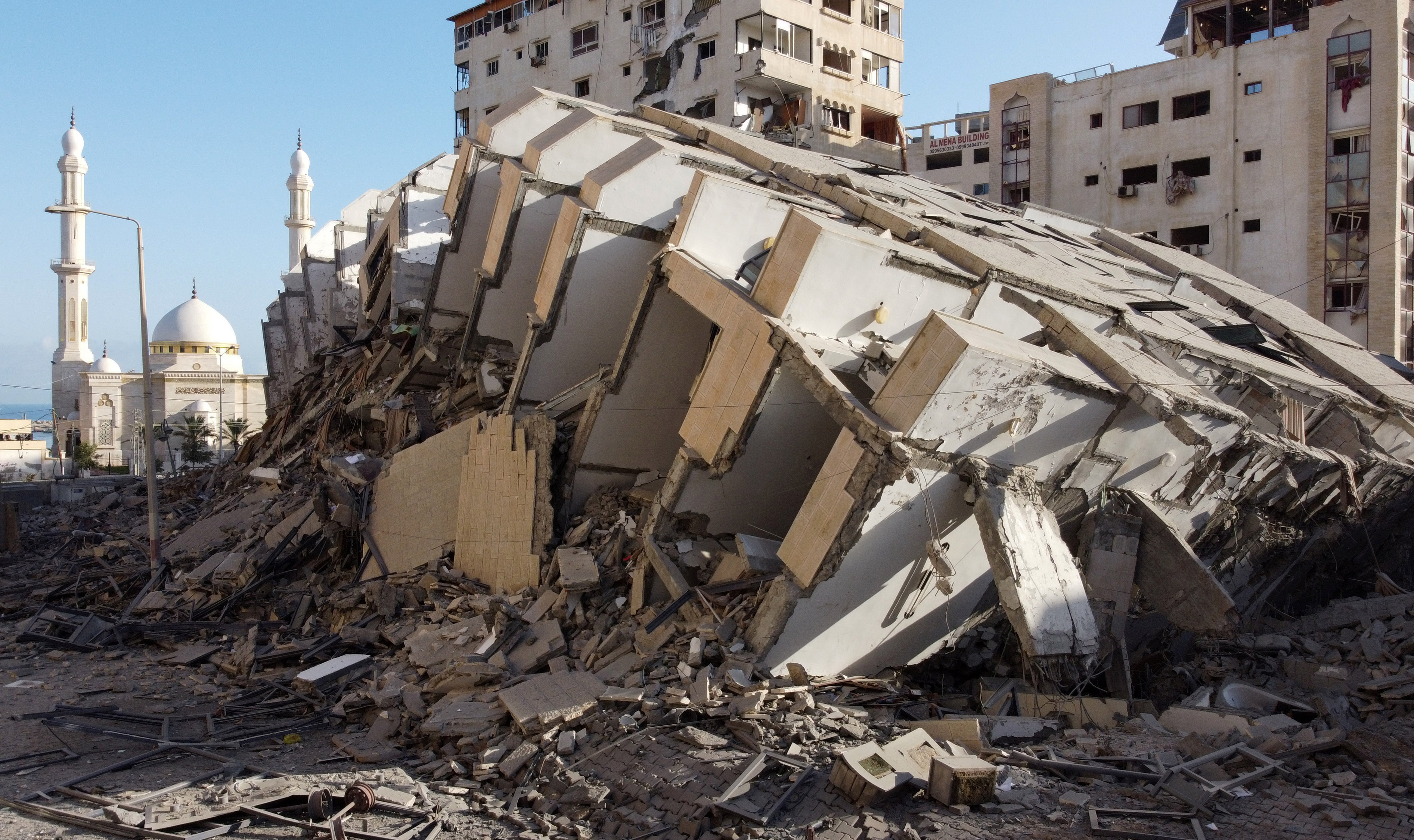 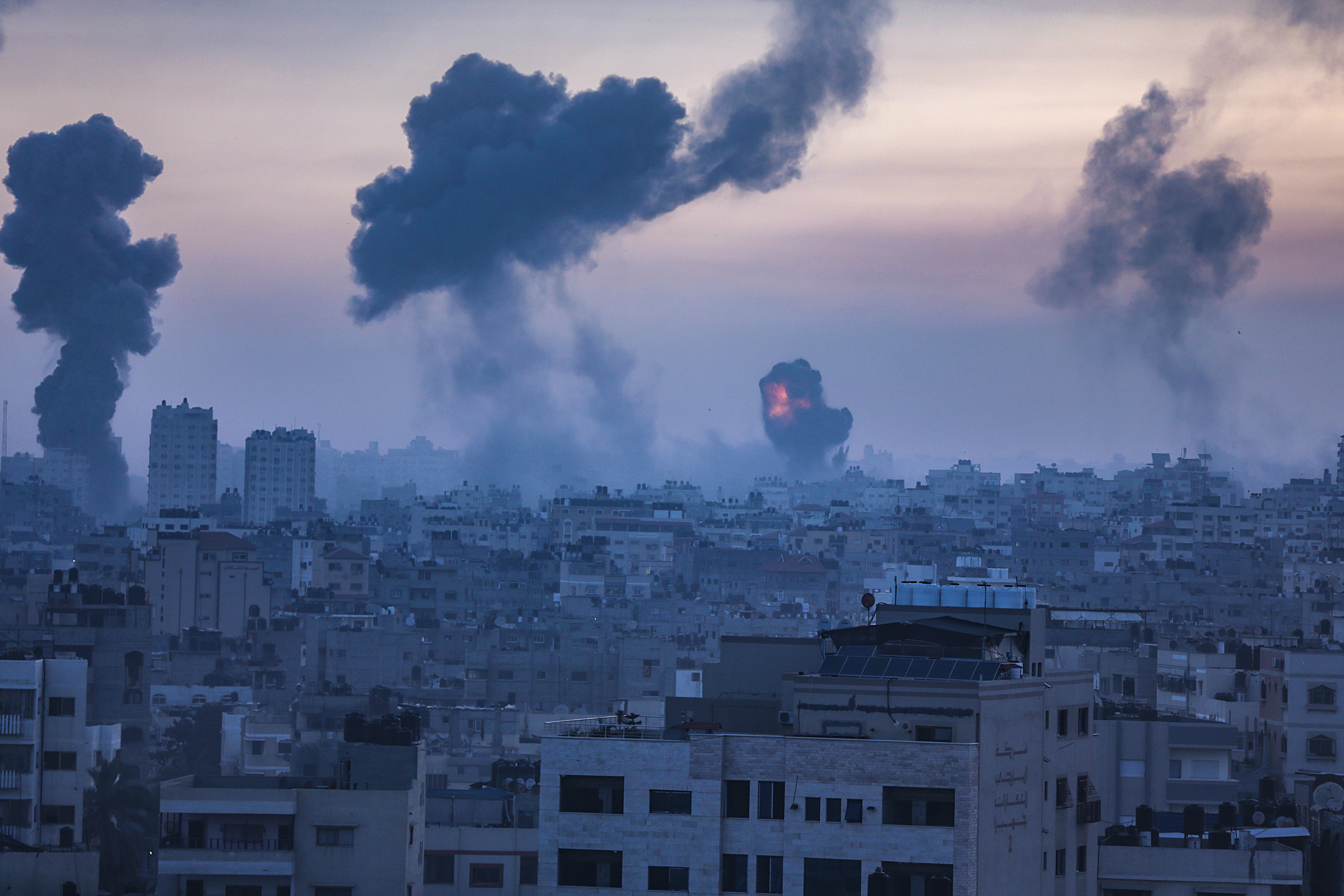 Netanyahu has vowed to expand the offensive, saying "this will take time".

But, in a televised address last night, Hamas leader Ismail Haniyeh said: "If Israel wants to escalate, we are ready for it."

Netanyahu declared a state of emergency in the Jewish-Arab Israeli city of Lod on Tuesday night.

A 52-year-old man and his 16-year-old daughter, reportedly Arab citizens of Israel, were killed when a rocket from Gaza hit the courtyard of their home.

"All of Israel should know, this is a complete loss of control," the mayor said, Times of Israel reports.

"This is unthinkable. Synagogues are being burned. Hundreds of cars set alight. Hundreds of Arab thugs are roaming the streets. Civil war has erupted in Lod." 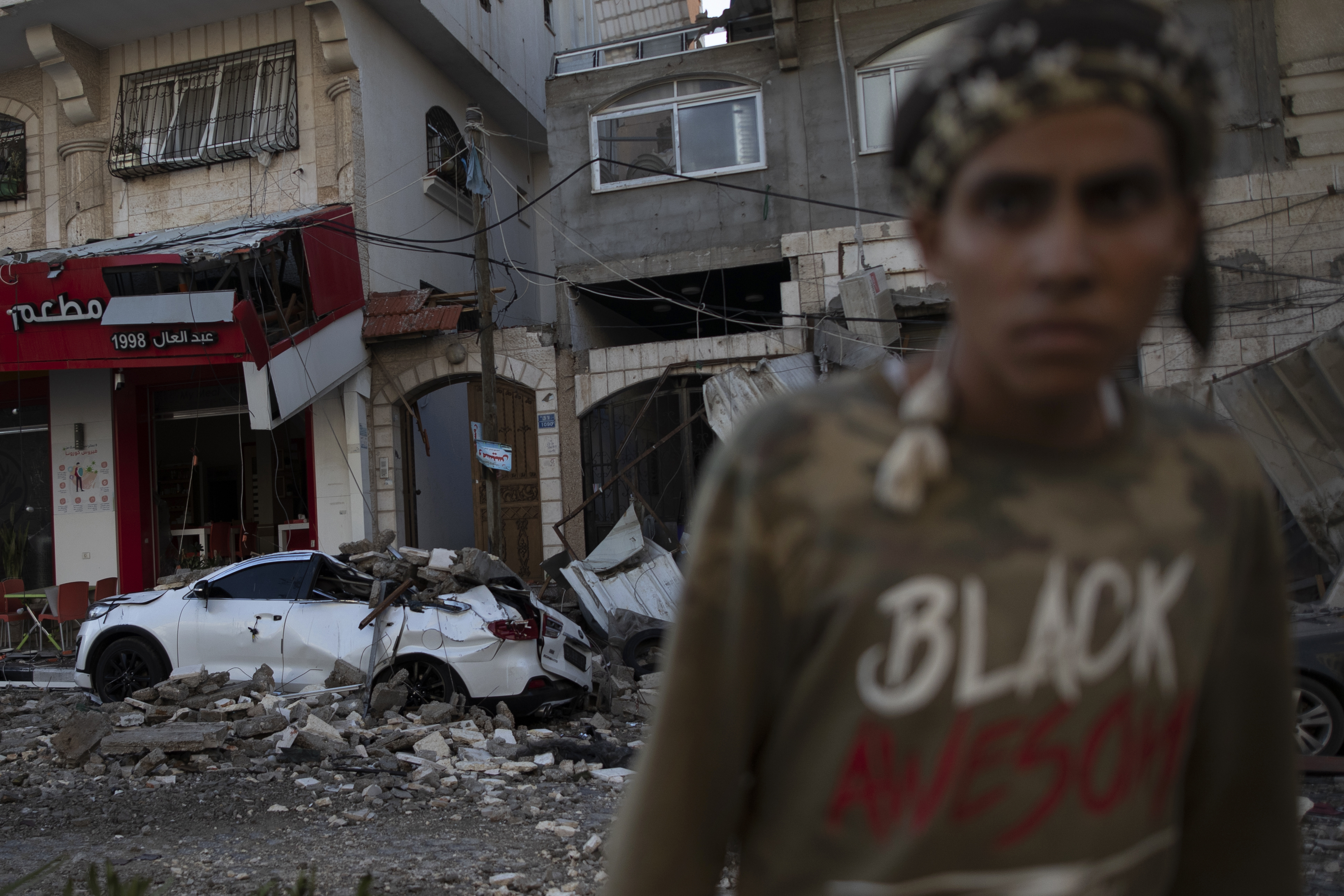 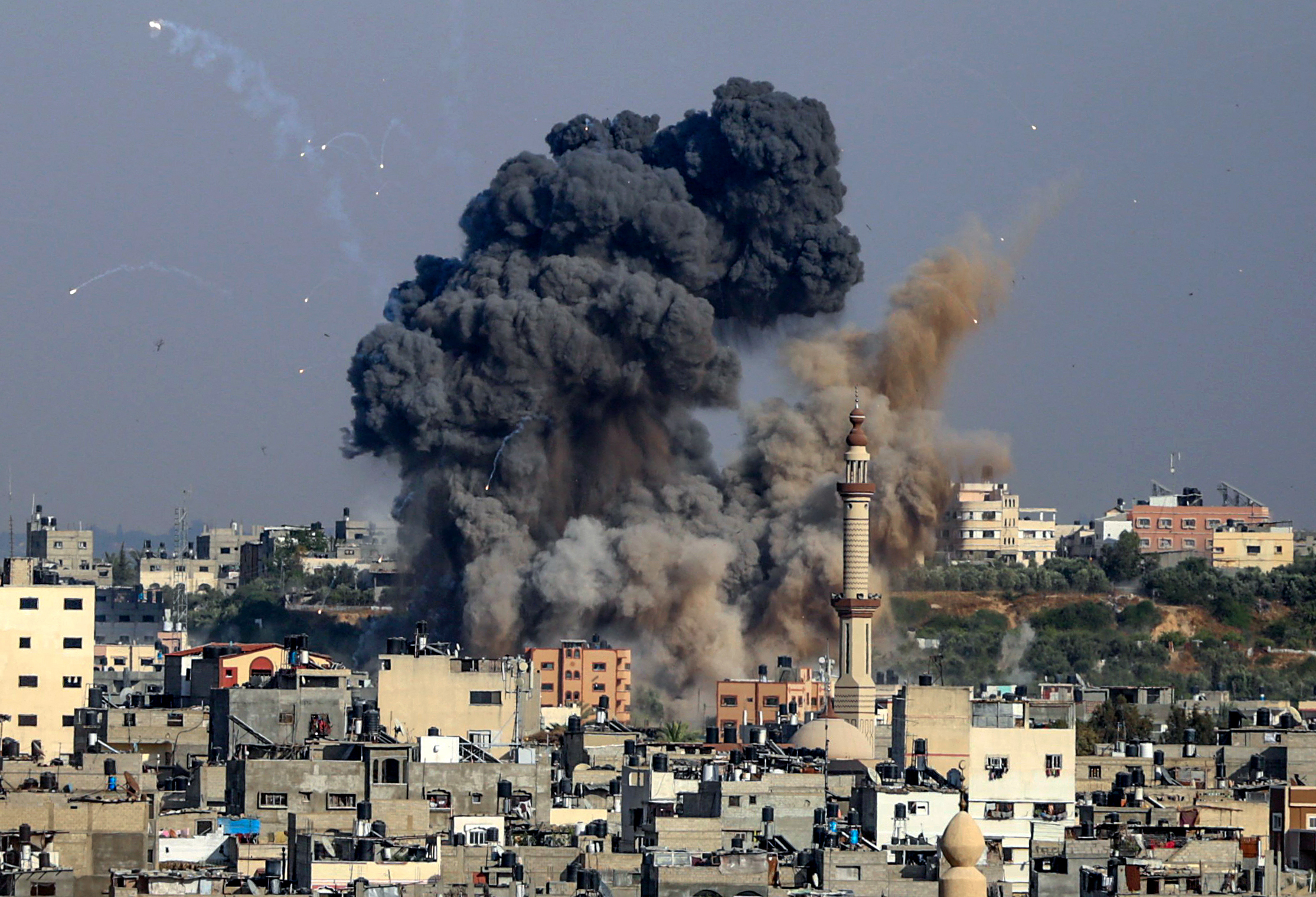 While the violence has been widely condemned, there is no sign that either side is willing to back down.

"Leaders on all sides have to take the responsibility of de-escalation," he said.

'STEP BACK FROM THE BRINK'

The UN Security Council held another emergency meeting today on the worsening hostilities between Israel and Palestinians.

But, again, they did not agree on a joint statement due to opposition from the United States, Israel's key ally, diplomats told AFP.

Prime Minister Boris Johnson said he wants to see an "urgent de-escalation of tensions" between Israel and Hamas amid the most severe outbreak of violence since the 2014 Gaza war.

Johnson said the UK is "deeply concerned and urged leaders to step back from the brink".

Israel and Hamas have fought three wars since the Islamic militant group seized power in Gaza from rival Palestinian forces.

The conflicts ended after regional and international powers convinced both sides to accept an informal truce.

Once again, diplomats are seeking to intervene, with Qatar, Egypt and the United Nations working to deliver a ceasefire.