(Reuters) – Heavy fighting has been raging into Thursday in areas near the Russian-occupied Zaporizhzhia nuclear power station in Ukraine after Kyiv warned that it might have to shut down the plant to avoid disaster.

The General Staff of Ukraine’s Armed Forces said in its daily morning update that some villages and communities near the plant were heavily shelled in the 24 hours to Thursday morning from “tanks, mortars, barrel and jet artillery”.

Overnight, Russian forces fired rockets and heavy artillery into the nearby town of Nikopol four times, the area’s regional governor, Valentyn Reznichenko, wrote on Telegram, damaging at least 11 houses and other buildings.

On Wednesday, Ukraine said it might have to shut the nuclear plant and called on residents in areas near the embattled facility to evacuate for their own safety..

Russia and Ukraine have blamed each other for shelling that has occurred close to the plant and within its perimeter, risking nuclear catastrophe. Russian forces took over the plant soon after their Feb. 24 invasion of Ukraine but Ukrainian technicians still operate the power station. 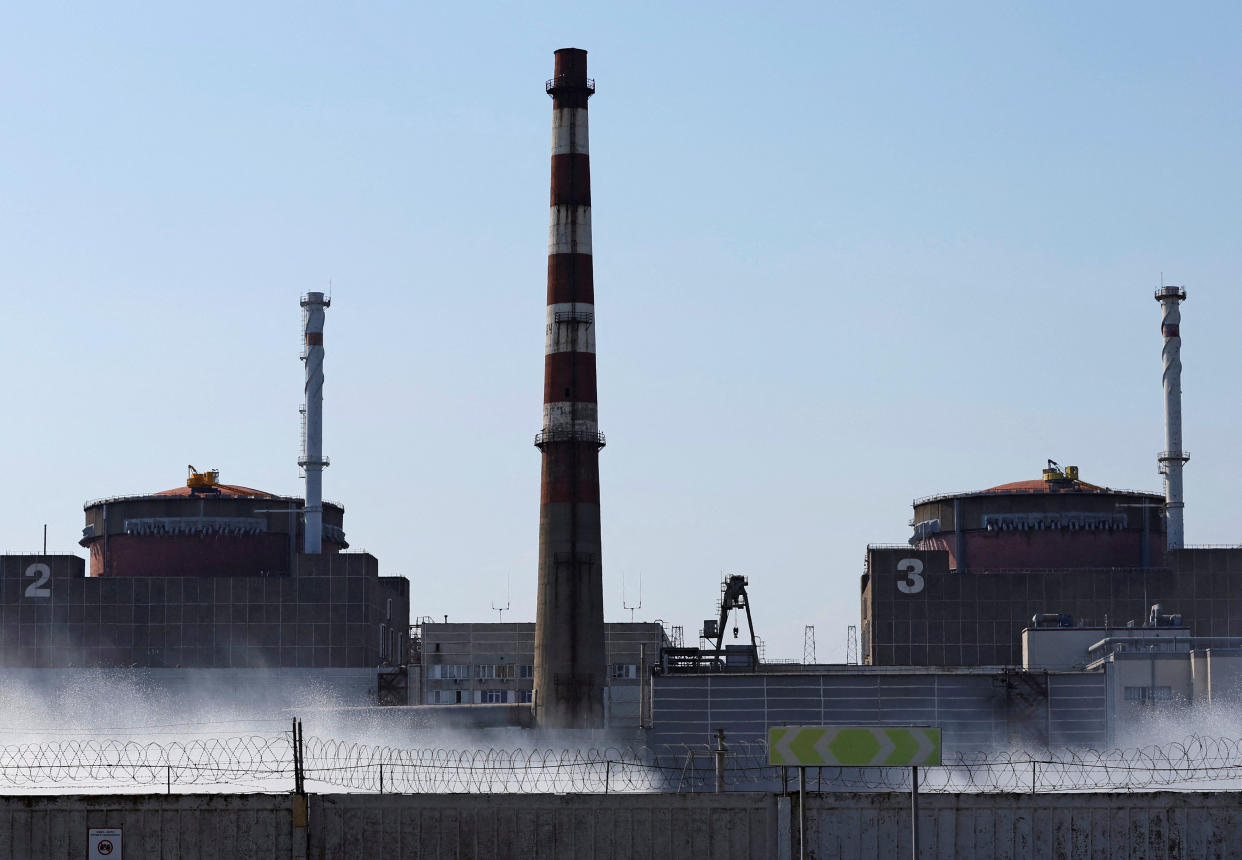 Mykola Lukashuk, the head of the Dnipro region council, said on the Telegram channel that Russians were shelling Nikopol from the direction of Enerhodar – the main town serving the Zaporizhzhia plant.

“The occupiers are deliberately shelling civilian objects in order to terrorize the population,” Lukashuk said.

Russia denies deliberately attacking civilians in its “special military operation” to disarm and “denazify” Ukraine. Kyiv and its allies say the invasion is an unprovoked war of aggression.

On Thursday, the Russian state TASS news agency reported, citing a Moscow-installed head of the Enerhodar administration, Alexander Volga, that Ukraine forces have not been striking the plant with artillery.

“No cannon artillery strikes were observed at the (plant), but drones periodically fly in,” TASS quoted Volga, as saying.

“Projectiles have been dropped from UAVs on the territory of the plant itself for the past two days.”