This is the dramatic moment fire and thick smoke engulf a popular Costa del Sol beach spot after flames jump across a dual-carriageway from countryside opposite.

The blaze, which started at 1.45pm today affected a beach club which is a favourite with Brit holidaymakers called Purobeach at upmarket commercial centre Laguna Village near Estepona.

Plumes of black smoke rising high into the air from the scene could be seen as far away as Marbella nearly 20 miles east along the coast. 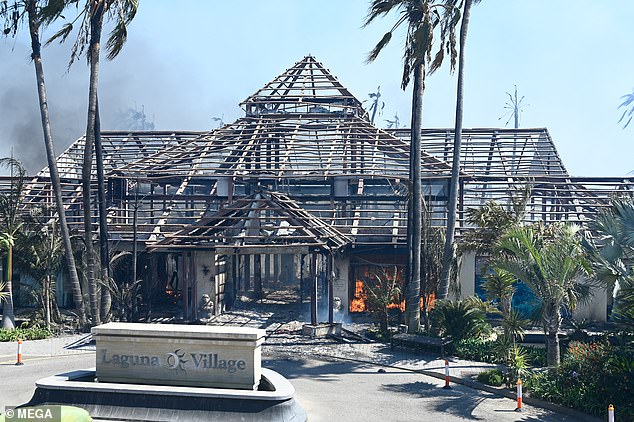 Laguna Beach near Estepona, Spain, has been gutted by a fire which started at 1.45pm today 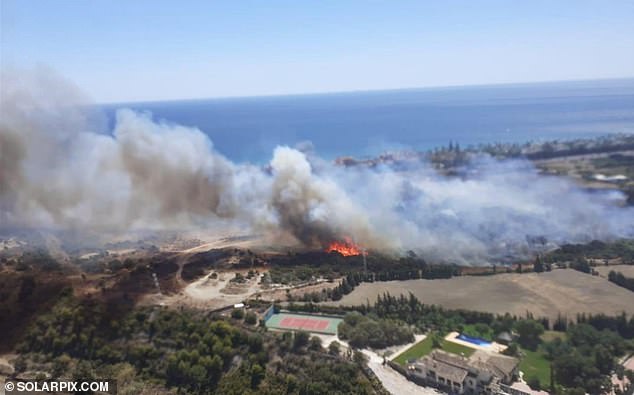 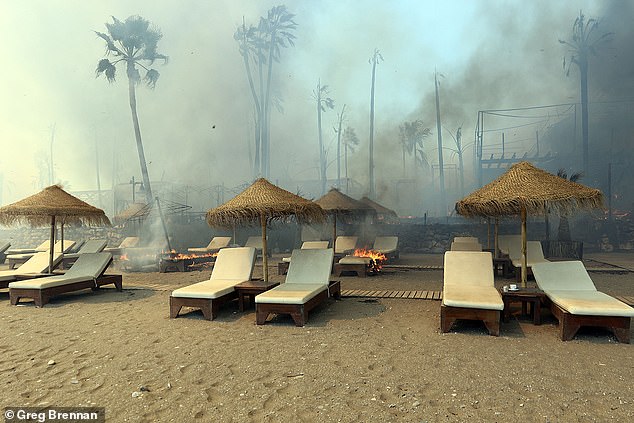 A spokesman for a regional government-run emergency services coordinator confirmed: ‘Level One of the Emergency Forest Fire plan has been activated because of a fire in Estepona.’

One Spanish tourist could be heard shouting: ‘My God, how awful’ as she started crying with emotion at the sight of the blue sky over the sand turning black as the flames neared the commercial centre and others ran for safety.

A British local who filmed the blaze taking hold said: ‘That’s the end of Purobeach everybody.’

At one point fire could be seen taking hold of a tiki bar with a thatched roof as holidaymakers and staff fled in panic near the swimming pool. 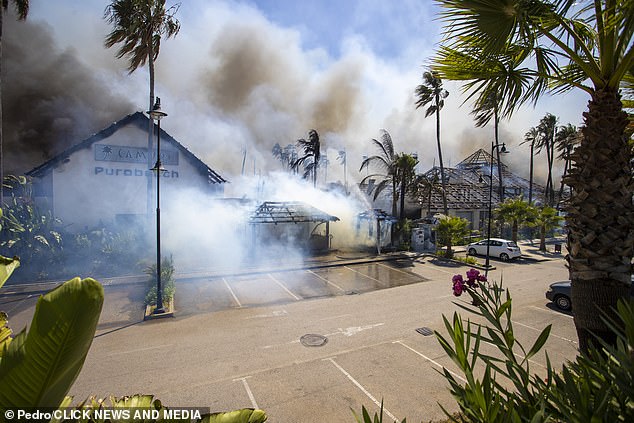 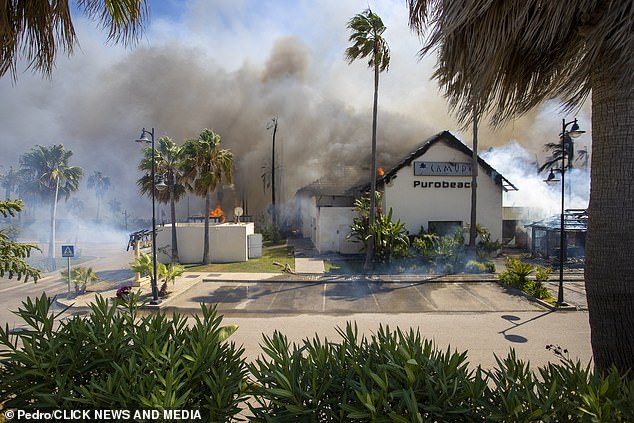 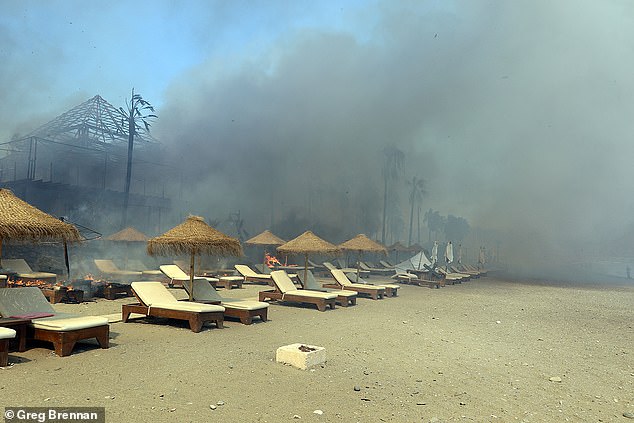 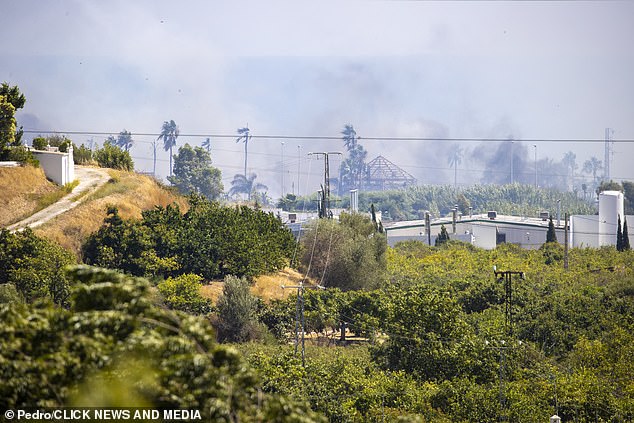 Employees shouted out: ‘Fuera, fuera’ – Spanish for ‘Get out, get out’ as others rushed to get a hose and douse the flames.

There were no immediate reports of any human casualties.

Three helicopters and around 30 firefighters on the ground were involved in the operation to tackle the blaze.

The dual-carriageway running between the sea on one side and the mountains on the other was closed in both directions.

Subsequent photos circulating on social media appeared to show the whole of Laguna Village, home to Purobeach Marbella and beach clubs Camuri and Claro as well as real estate offices and a VIP car washing service, had been gutted.

Local reports said the flames had reached the five-star Kempinski Hotel next to Laguna Village.

No-one could immediately be reached by phone at the luxury Kempinski Hotel this afternoon.

The blaze occurred just over a week after a trendy Costa del Sol hotel popular with British revellers including celebs and sports stars went up in flames.

A French holidaymaker died and ten people suffered smoke inhalation in the fire early on August 21st the Sisu Boutique Hotel near the upmarket resort of Puerto Banus.

Around 100 guests were staying at the Brit-popular hotel, a favourite of Coronation Street actress Michelle Keegan and husband Mark Wright.

An investigation into that fire is still ongoing.