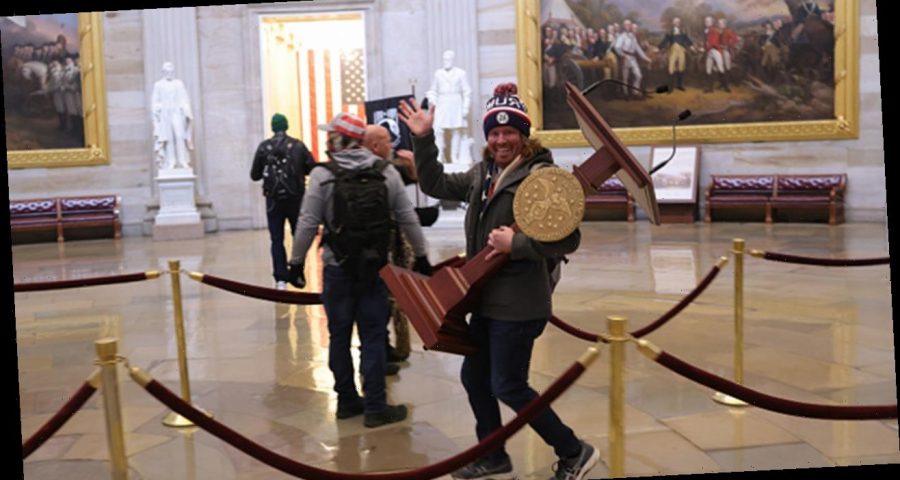 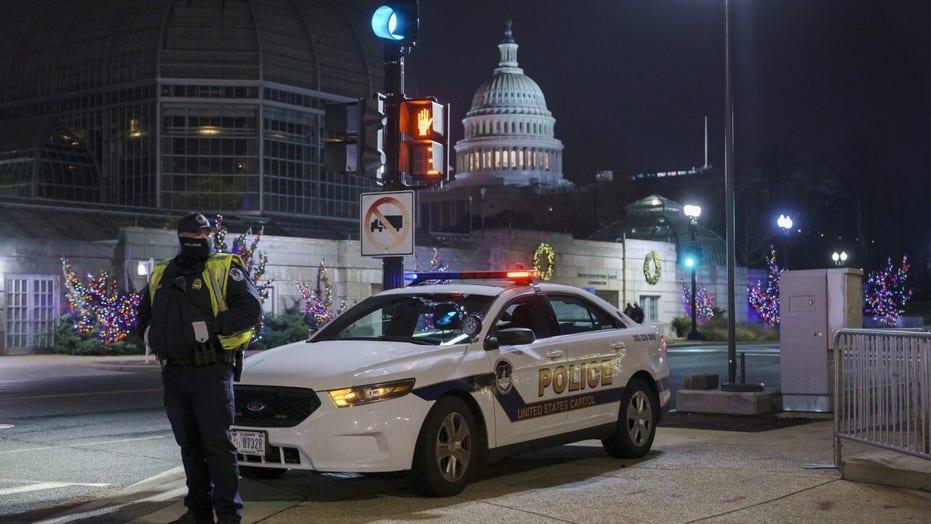 The FBI has asked anyone who believes they have information or photos and videos of the Capitol Hill rioting to share it by visiting this website or by calling 1-800-CALL-FBI (1-‪800-225-5324).

As the FBI seeks the public’s help in identifying the rioters who stormed Capitol Hill on Wednesday, the man captured in a viral photo smiling and waving as he makes off with the U.S. House lectern has reportedly been identified by residents of his Florida community.

The photo, taken by Getty Images' Win McNamee, quickly spread on social media following reports of the chaos erupting at the nation’s capital.

Residents of Parrish, Fla., about 40 miles south of Tampa, recognized the man and identified him as 26-year-old Adam Christian Johnson, the Bradenton Herald reported. 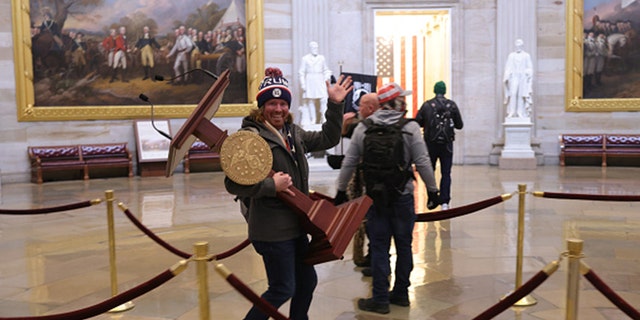 Other users on social media posted screenshots from what appeared to be the man’s social media accounts that showed him at protests in Washington, D.C.

The paper said an acquaintance of Johnson’s confirmed his identity to their reporters.

Authorities have not officially identified the man in the photo or named Johnson as a person of interest.

Fox News was unable to immediately confirm the man’s identity.

The FBI did not immediately respond when asked if Johnson was a person of interest. The D.C. Metropolitan Police Department told Fox News they do not confirm information from outside sources.

The FBI and D.C. Metropolitan Police Department are searching for people of interest after violence erupted in Washington, D.C., as Congress tried to affirm President-elect Joe Biden’s Electoral College victory.

A mob breached the U.S. Capitol, resulting in four deaths and at least 70 arrests throughout the evening. At least 56 police officers were injured during the chaos, officials said at a press briefing.

"The violence and destruction of property at the U.S. Capitol building yesterday showed a blatant and appalling disregard for our institutions of government and the orderly administration of the democratic process," FBI Director Chris Wray said in a statement.

"Make no mistake: With our partners, we will hold accountable those who participated in yesterday’s siege of the Capitol," Wray said.