Florida Gov. Ron DeSantis broadcast his national ambitions this week by taking credit for a flight that sent undocumented immigrants from Texas to Martha’s Vineyard, making him the latest conservative lawmaker to protest the rise in illegal immigration by shipping border crossers to a liberal state.

The governor’s stunt may have broken the law, and spurred locals to assist the migrants. It’s nonetheless likely to strengthen his position as former president Donald Trump’s most formidable rival in 2024 among Republican primary voters. DeSantis has attracted national attention for championing his state’s so-called don’t say gay law and for downplaying the risks of COVID-19.

But it’s his fundraising prowess that perhaps cements his standing as the primary Trump alternative. After years of diligently gathering checks, the Florida governor is now on the cusp of a major milestone. He is set to soon take the mantle of having raised the most money of any candidate for governor — ever.

That’s according to data from OpenSecrets.org that goes back decades. 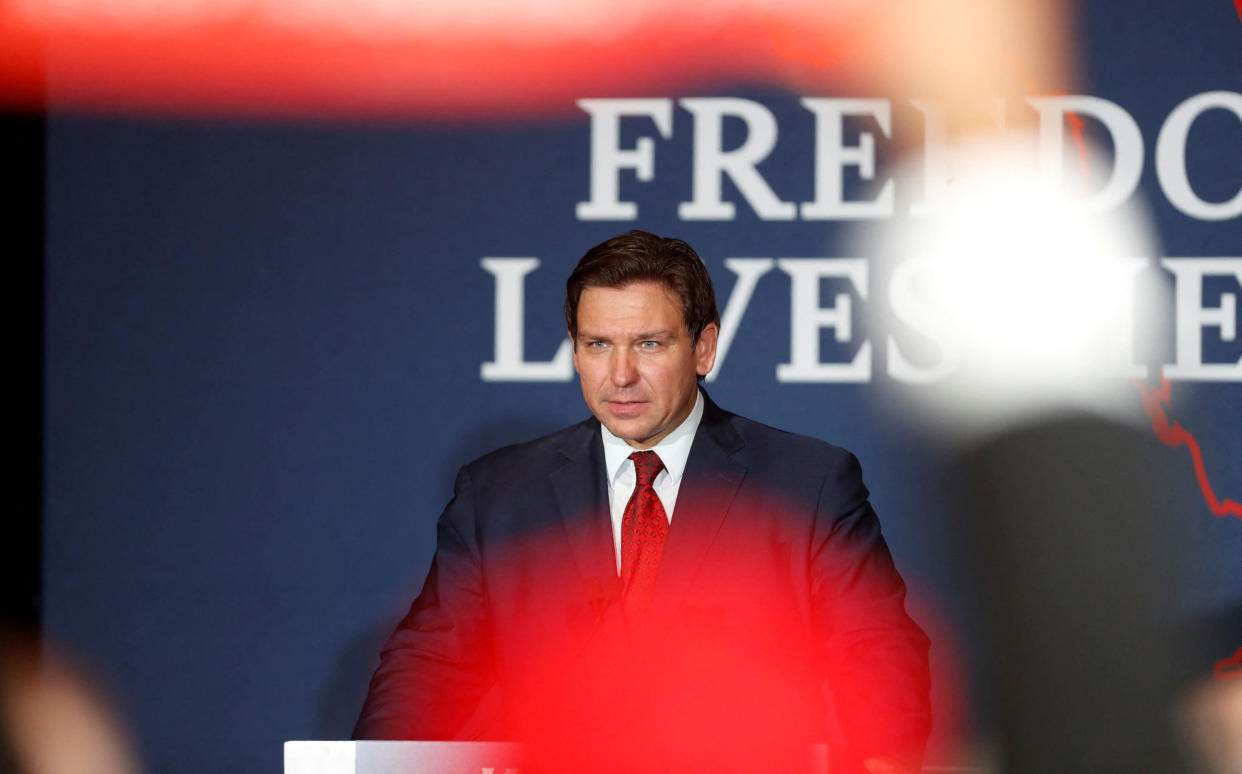 “The DeSantis story is more about a politician who’s using his state campaign to be a test site for a potential presidential run,” Sarah Bryner, the director of research and strategy at OpenSecrets, told Yahoo Finance on Friday.

DeSantis has structured his fundraising in a new way, directing donors both to his campaign committee and his political action committee. The PAC has been successful, Bryner notes, because it has no contribution limits.

The biggest checkbooks on Team DeSantis

Plenty of wealthy donors have taken full advantage of that quirk in campaign finance laws.

A key donor is Citadel CEO Ken Griffin. The hedge funder has backed DeSantis for years, giving $5 million for his current campaign on top of contributing $5.75 million in 2018.

Griffin declined to list DeSantis as his favorite candidate during a May appearance at the Milken Institute Global Conference. However, he conceded that DeSantis “has done a lot of things right” when it comes to preparing for 2024.

Griffin also said at that appearance that he didn’t appreciate the governor’s recent campaign against the The Walt Disney Company (DIS) over his opposition to the state’s anti-gay law. “It can be portrayed or feel or look like retaliation,” Griffin said. 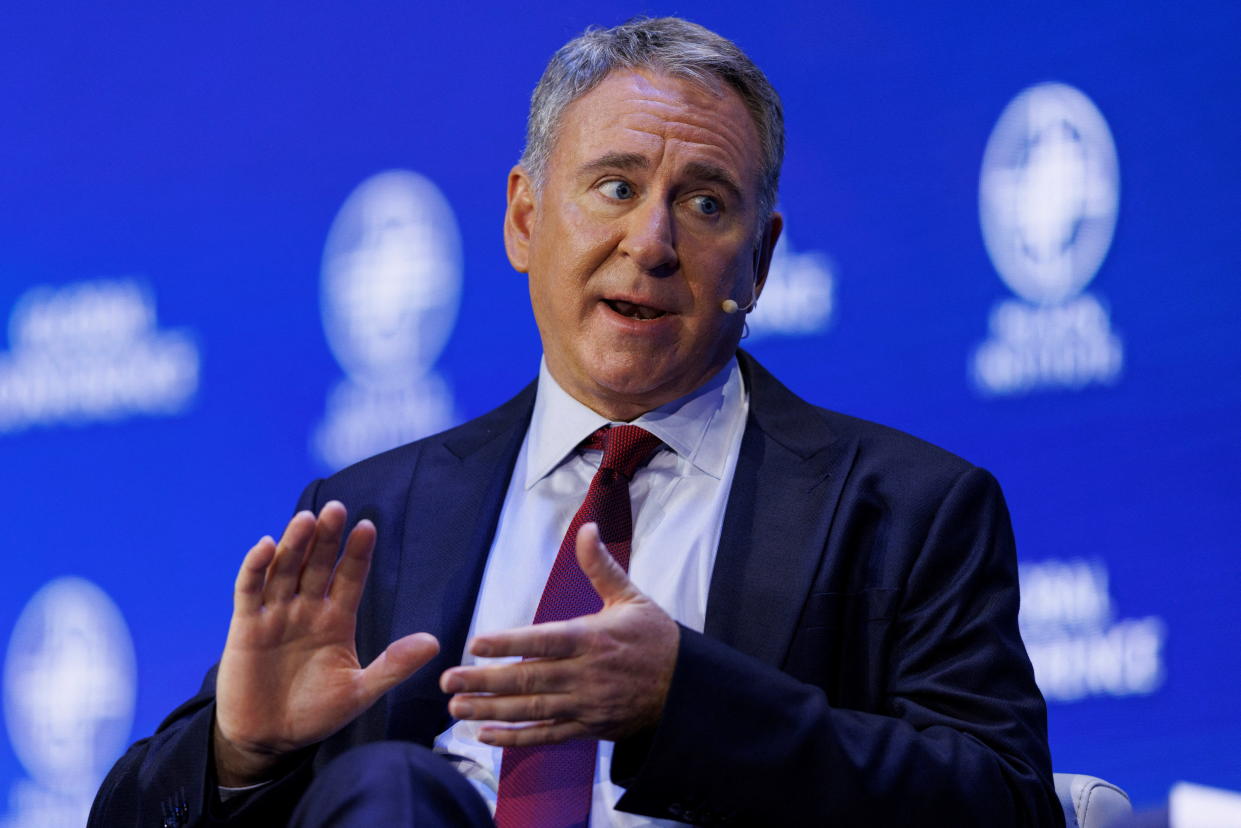 According to the latest data, DeSantis has raised over $174 million since he took office. That’s much more than he is likely to need to hold his seat, where he enjoys a polling edge against Democratic rival, Charlie Crist. While this money is ostensibly being raised for the upcoming governor’s race, it’s clearly aimed at 2024 — and whatever DeSantis doesn’t spend can be saved for the future.

The biggest contributor on record is Robert Bigelow. The owner of the Budget Suites hotel chain has written exactly one check so far this election cycle: $10 million to the DeSantis PAC. Bigelow has bestowed his fortune on a range of unlikely causes, from UFO-hunting to “consciousness studies” to inflatable space habitats, according to Forbes.

Another mega-donor is Richard Uihlein and his wife, who have chipped in $1.2 million. Uihlein, worth an estimated $3.9 billion, gave Trump money during the 2020 contest, according to Federal Election Commission data, but hasn’t given to the former president since then. Still, he’s backed an array of Trump-aligned candidates such as Herschel Walker in Georgia and Blake Masters in Arizona this year. 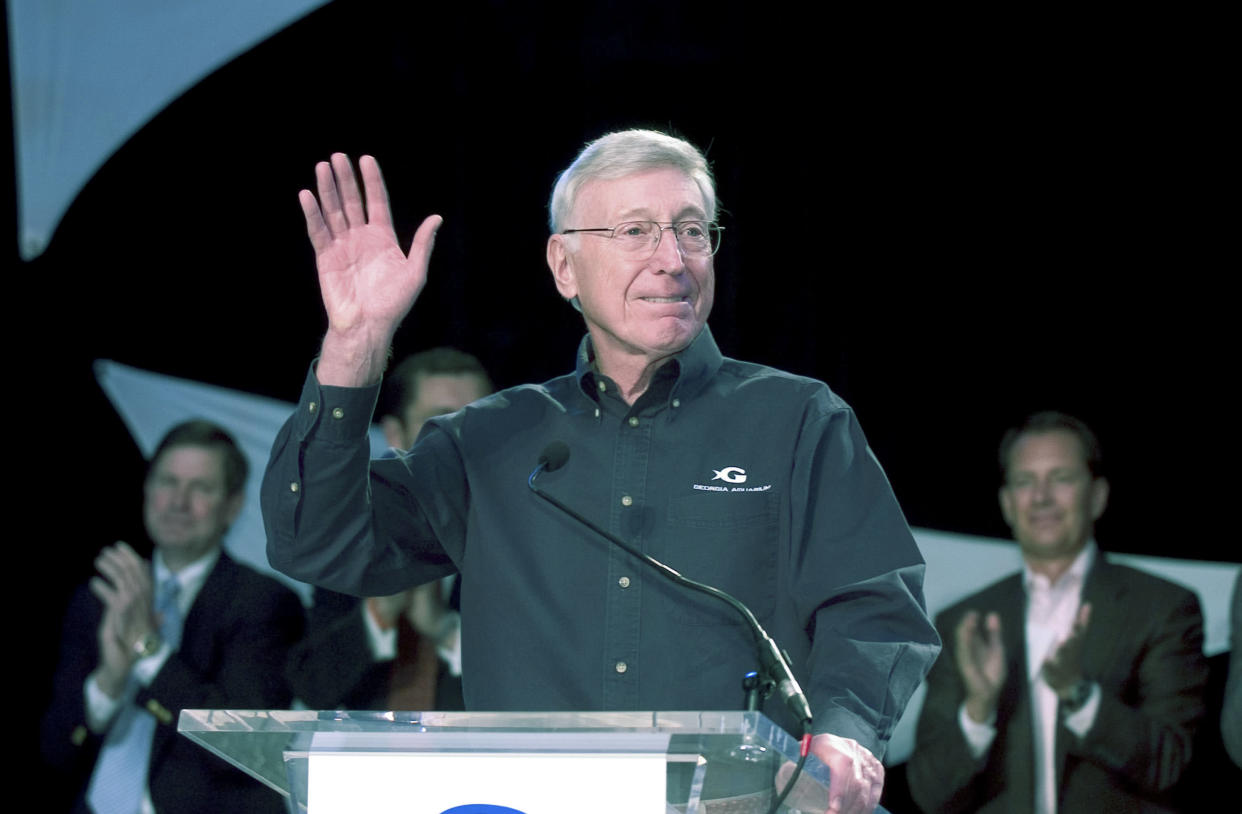 DeSantis has already set the fundraising record among non-self-financing governors and willI likely soon surpass the totals achieved by Meg Whitman in California and Jay Pritzker in Illinois in recent years. Those two billionaires spent millions of their own money on their respective campaigns

The Florida governor has also gotten notice, but not yet any money, from another key GOP bankroller. Billionaire Peter Thiel, the key Trump donor in 2016 who sat out the 2020 presidential race, said at a recent conservatism conference that DeSantis is “probably the best of the governors in terms of offering a real alternative to California,” Insider reports.

Neither Trump nor DeSantis has yet declared plans to run for president in 2024, though Bryner notes they’re both building their campaign war chests and may end up competing for donors in 2023. 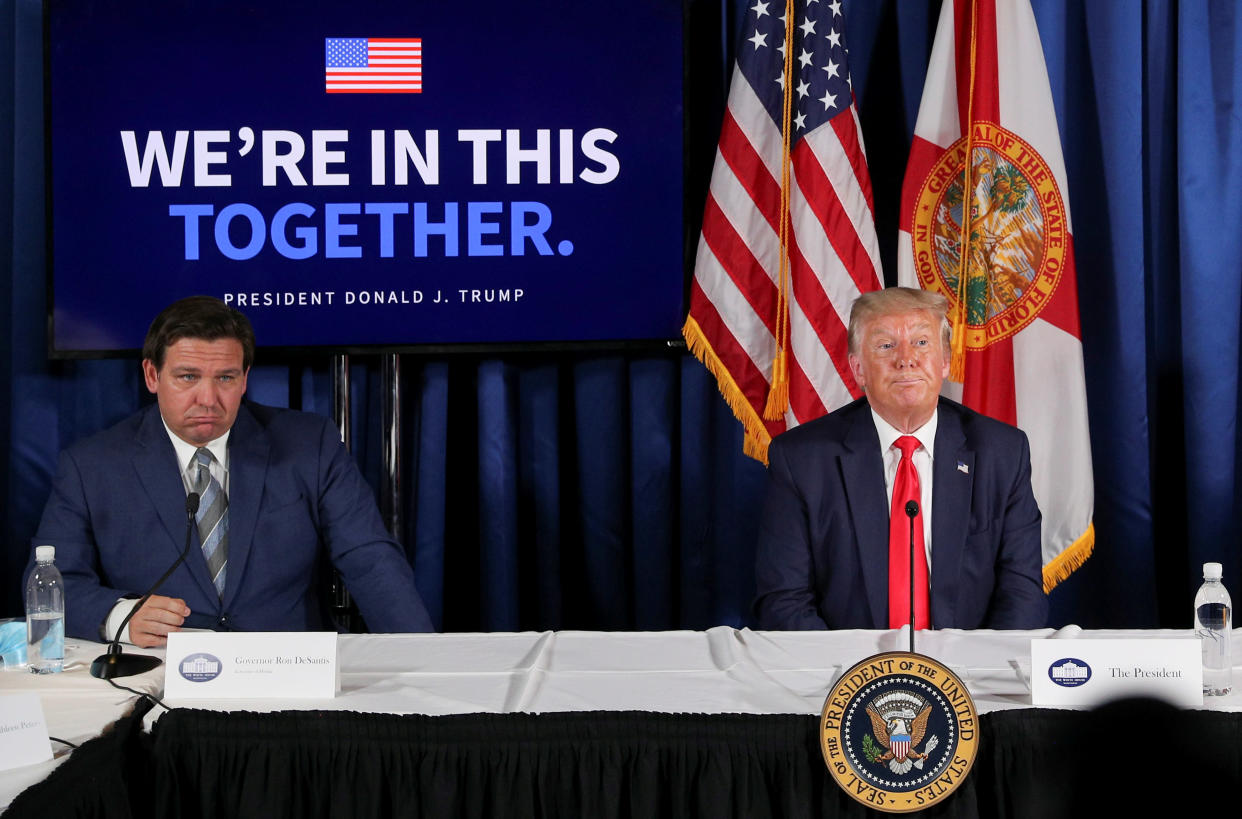 Trump is handily beating DeSantis in nearly every poll, which can be far from a reliable indicator this far ahead of an election. The former president has maintained his usual bravado in the face of the possible challenge.

Asked about potential competition from DeSantis, Trump told Yahoo Finance in an interview last year: “I’d beat him like I would beat everyone else.”

Ben Werschkul is a Washington correspondent for Yahoo Finance.