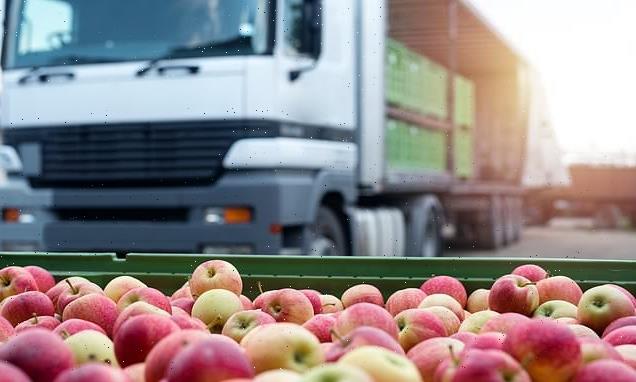 Food prices could rise due to shortage of lorry drivers as haulage firms are forced to hike wages to secure enough staff, experts say

Food prices are predicted to rise as haulage firms increase the pay of its lorry drivers due to a severe shortage of staff, experts have warned.

The shortfall of 70,000 HGV drivers in the UK has already seen wages shoot up by 20 per cent and consumers are now being warned that grocery prices could rocket to pay for the drivers’ increased pay.

The shortage of lorry drivers has been fuelled by EU workers going back to the continent during the pandemic.

The introduction of the IR35 rules in April, which ensures agency drivers pay broadly the same Income Tax and National Insurance contributions as individuals who are directly employed, has also pushed wages up by £2 an hour per driver. 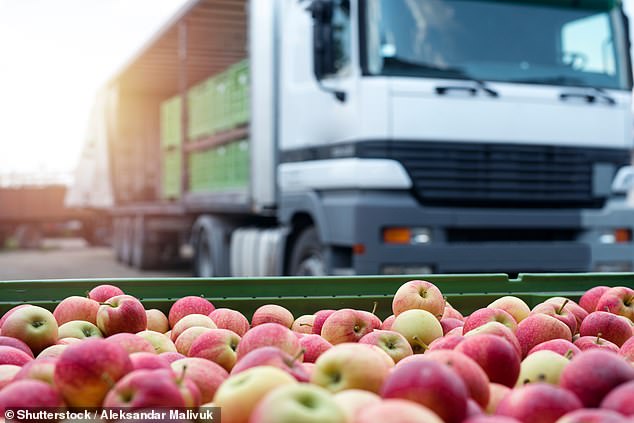 Food prices are predicted to rise due to a severe shortage of lorry drivers in the UK, experts have warned. (Stock image)

Retail industry magazine The Grocer has said suppliers are already pressing supermarkets for cost increases, with prices expected to rise before this September.

‘The inflation in driver wages is possibly the straw that has broken the camel’s back. There is an awful pressure, it absolutely has to go to the price of goods going up.’

Food wholesalers claim they are already being hit by cost hikes, with one claiming they had been forced to increase driver wages from £35k to £40k per year.

The wholesaler said: ‘The cost of food will rise, it’s inevitable. The cost of moving goods between networks is surging.

‘Inevitably this is going to drive food price inflation. We must drive further efficiencies. It’s a knife edge.’

Richard Burnett, head of the Road Hauliers Association, said: ‘Undoubtedly this will hit the consumer. The larger retailers may decide to hold prices but they must accept that costs to goods will have gone up.’ 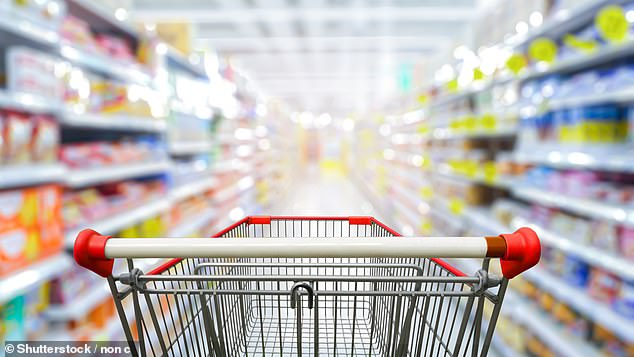 It is understood that suppliers are already pressing supermarkets for cost increases. (Stock image)

Andrew Opie, of the British Retail Consortium, said: ‘While rising driver wages will push up costs in the supply chain, it is unlikely that these are significant enough on their own to impact consumer prices.

‘However, rising global food prices and new imports checks and costs from October 2021, will all put pressure on supermarket prices in the future.’

Last month, Sainsbury’s profits dropped by 39 per cent despite the supermarket giant seeing a strong boost in sales during the pandemic.

The company made an underlying pre-tax profit of £356 million in the year to March 6 – down from the £586 million a year earlier.

Bosses blamed the drop in profits on the costs of Covid safety measures, which have now hit £485 million.

In the same month, Tesco revealed that its profits fell by 20 per cent over the past year after coronavirus costs of almost £900 million offset surging sales.

The supermarket giant announced that pre-tax profits slid to £825 million for the 12 months to February, compared with £1.03 billion the previous year.

It said profits were weighed down by £892 million in Covid-related costs and the company’s decision to hand £585 million in business rates relief back to the Government.