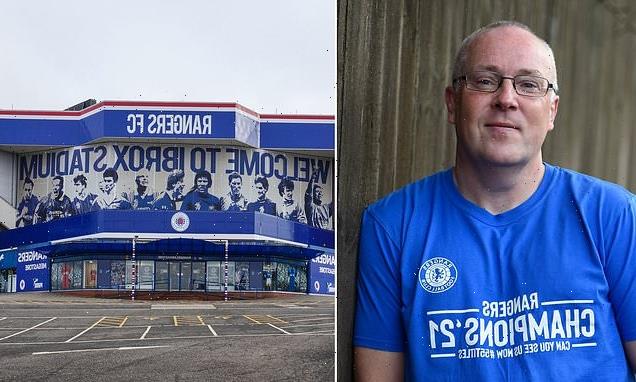 Subcontractor who sued firms in £80,000 discrimination battle claiming he was denied work because he is a Rangers FC fan LOSES case as judge rules supporting a football team is not equivalent to having a religion

A subcontractor who claimed he was denied work because he supports Rangers FC has lost his discrimination claim after a judge ruled that following a football tea, cannot be deemed as a protected characteristic like religion.

Edward McClung, 51, sued construction firm Doosan Babcock and recruitment agency NRL for £80,000 – insisting he was discriminated against when he lost work, as he is a diehard fan of Rangers Football Club.

Mr McClung, of Bonnybridge, near Falkirk, previously lost a claim for unfair dismissal after a tribunal ruled he was not technically employed at either company.

Mr McClung later said his avid allegiance to the Glasgow club should be viewed as ‘a way of life’, but Employment Judge Lucy Wiseman has now ruled that being a football fan is merely ‘a lifestyle choice’ and ‘does not represent a belief as to a weighty or substantial aspect of human life’.

In addition, football fandom does not have ‘larger consequences for humanity as a whole’, the Glasgow tribunal heard. 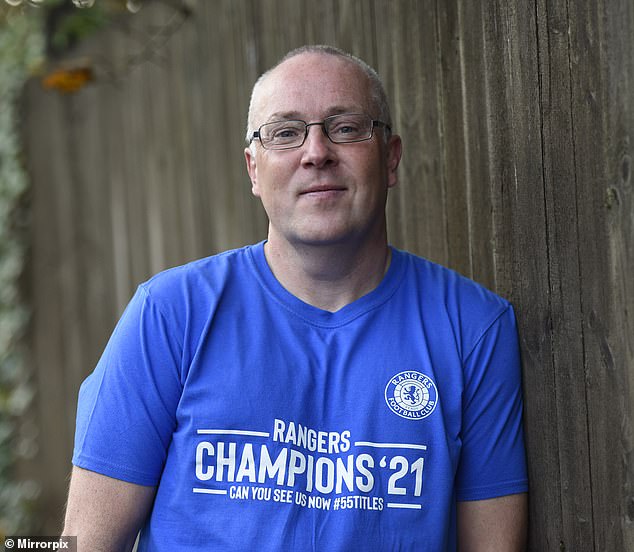 Mr McClung carried out work for energy construction firm Doosan Babcock via recruiters NRL from January to June in 2019.

He alleged Doosan Babcock manager Donald Ross didn’t offer him later work due to his support of Rangers.

He also claimed he was discriminated when an unnamed worker said to Mr McClung that Doosan Babcock worker Ian Chisholm was ‘unusually OK for a Rangers fan’.

In the past, some of football’s greatest players such as Pele and Diego Maradona famously claimed their dedication to the game was on a level with religion.

Mr McClung’s case centred on his claim that being a fan of Rangers was such a vital part of his existence that it constituted a philosophical belief and should be protected under employment law.

He told the tribunal, held in Glasgow: ‘I live my life in accordance with being a Rangers fan.

‘If people say their religion is protected, how many times do they go to church? I would argue it’s as important to me as someone who has a religion.’ 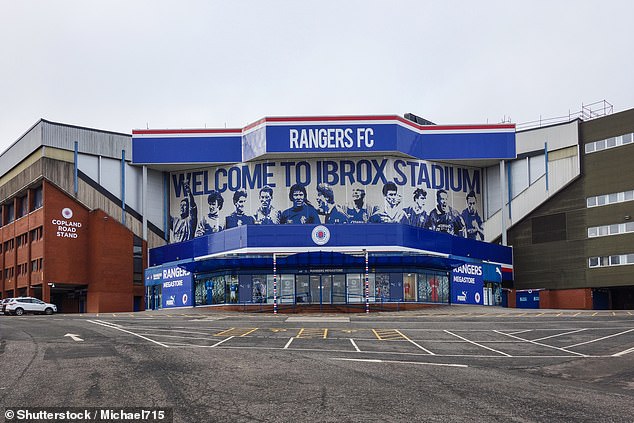 Mc McClung insisted his support for Rangers FC had led to a loss in work; but this was rejected by an employment judge (Pictured: Ibrox Stadium in Glasgow)

The tribunal heard: ‘He was taken to a Celtic v Rangers game by his father when he was around 8 years old, and has been ‘hooked’ since then.

‘He is a member of Rangers. He receives a birthday card from them each year and was recently invited to visit Ibrox to see the Scottish Cup.

‘[Mr McClung] spends most of his income (after paying basic house and car bills) on games. [He] normally attends at least one or two home games every month, with the odd away game and cup game.’

Lawyers representing Doosan Babcock told the hearing they acknowledged Mr McClung was ‘clearly a devoted fan’ and wished it noted that nothing they said ‘was intended to belittle that or the enjoyment he got from it’.

However, along with lawyers for Mr Ross and NRL they argued that it did not amount to a philosophical belief and was more akin to support for a political party.

They submitted it was ‘nonsensical to claim the support of a football team had a similar status or cogency to religious beliefs’ and that ‘[Mr McClung’s] support of Rangers FC did not require any degree of dedication, practice or commitment akin to those who belong to a religion’.

After deliberating, Employment Judge Lucy Wiseman ruled that Mr McClung’s football fandom did not satisfy four of the five tests to qualify as a true philosophical belief protected under the law.

The judge said: ‘The only common factor linking fans would be the fact they wanted their team to do well or win.’

Judge Wiseman added that Mr McClung’s support for Rangers was therefore ‘akin to support for a political party’ and that previous cases had made clear a particular political affiliation ‘does not constitute a philosophical belief’.

She went on: ‘They are things from which he, and no doubt millions of other sports fans, derive enjoyment, but they do not represent a belief as to a weighty or substantial aspect of human life and have no larger consequences for humanity as a whole.

‘I considered support for a football club to be akin to a lifestyle choice, rather than relating to a substantial aspect of human life and behaviour.

‘I did not doubt [his] evidence regarding the build-up to match days and his habits on the day of a match, or the fact it is a way of life for him.

‘But these are all personal matters detailing what he does and how he likes to enjoy the pre-match, match and post-match.

‘There was nothing to suggest fans had to behave, or did behave, in a similar way. The only common factor linking fans would be the fact they wanted their team to do well or win.’