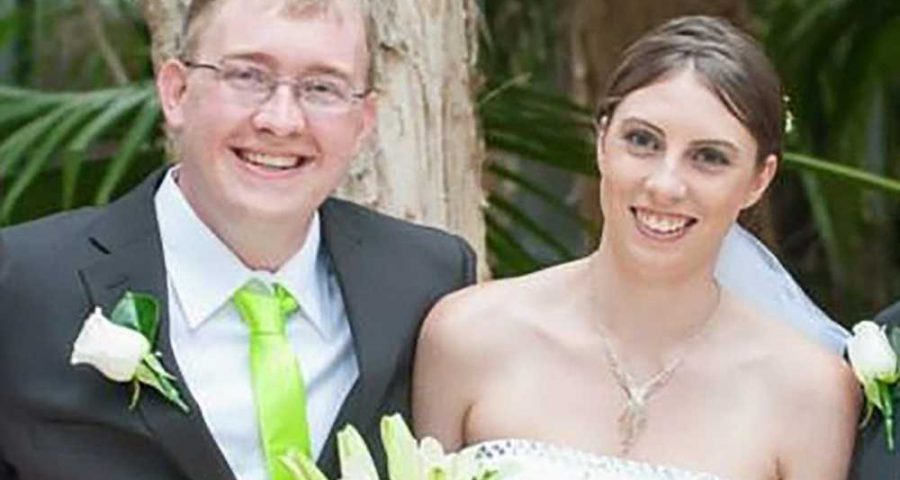 A former US Marine facing a murder rap for burning his wife to death in Australia will stay behind bars rather than face the potential wrath of the community horrified by his alleged crime.

Brian Earl Johnston, 34, is charged with murder and breaking a restraining order after authorities say he allegedly poured gasoline on Kelly Wilkinson, his wife of 10 years, and set her on fire in the backyard of her Gold Coast home on April 20 in front of their three children, ages 2 to 9.

He refused an opportunity to apply for bail Friday “because of concerns for his safety,” said his attorney, Chris Hannay, according to reports, adding that his client will stay behind bars indefinitely.

Johnston also lit himself on fire during the deadly attack and jumped into a pool to douse the flames, according to police.

Witnesses who rushed to the home after seeing the flames said they are haunted by images of the mother burning to death against a fence.

Police say Johnston was found in a semi-conscious state with burns after the attack and that they found a plastic gasoline can, three knives and a duffel bag with rope and duct tape at the scene.

The three children have been taken in by an aunt, Danielle Carroll, who has five children of her own, while the Gold Coast community and major Australian retailers have rallied to provide supplies and support for the kids.