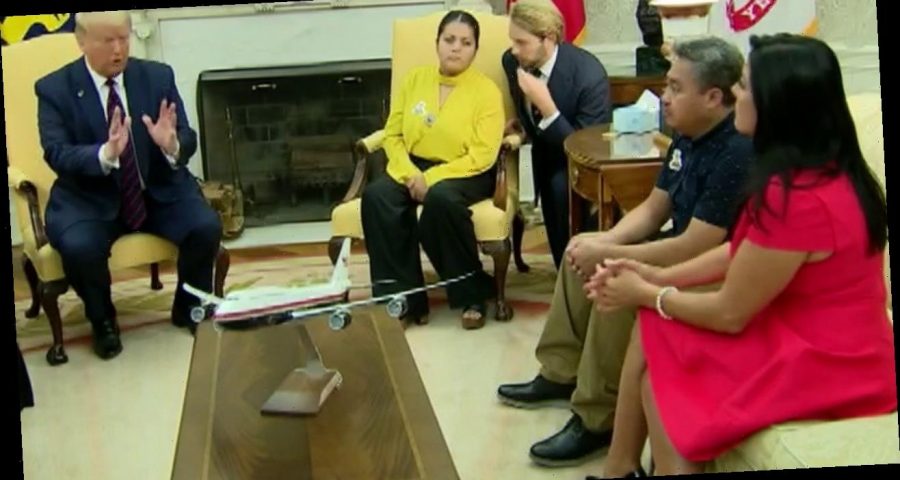 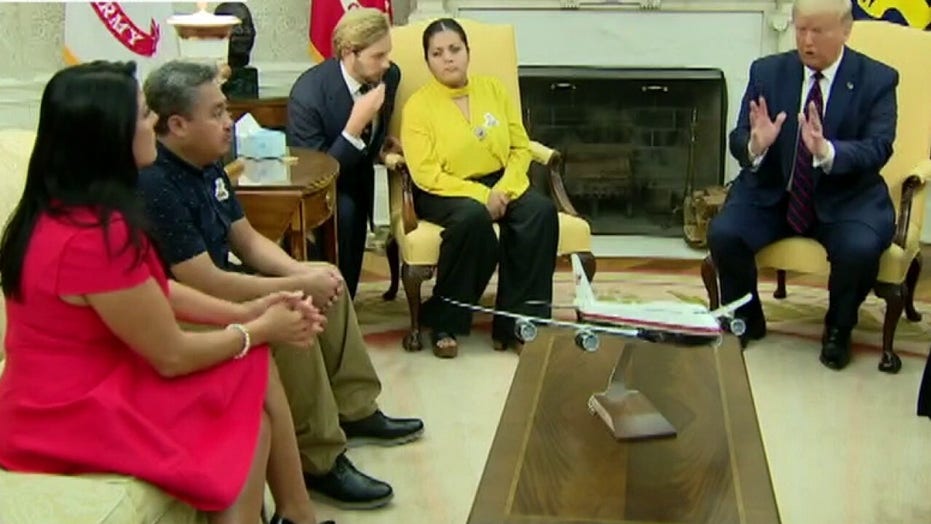 Family of Vanessa Guillen meet with Trump, march to support bill in her memory

The disappearance of Vanessa Guillén, a 20-year-old soldier at the sprawling Texas Army base of Fort Hood last April, captured headlines across the world.

After 10 torturous weeks and growing fears that another soldier who had sexually harassed her was involved, Guillén's dismembered, burned body parts were unearthed from a box by a river. That fellow soldier, her suspected killer, died by suicide as police inched closer to him.

But critics of the military installation vow there is much more to it. Last year, more than 30 soldiers associated with Fort Hood died – 11 were deemed suicides and five homicides.

The public outrage at Guillén's murder forced an independent review of the base, led by a five-member civilian team. The findings found a "deficient climate" at Fort Hood, as well as an "ineffective implementation of the Sexual Harassment/Assault Response and Prevention (SHARP) program that resulted in a pervasive lack of confidence, fear of retaliation, and significant underreporting of cases, particularly within the enlisted ranks."

But the review unveiled Tuesday also details deep concerns about the culture at the base, which has a population of over 60,000, including nearly 37,000 service members.

Beyond sexual harassment, the committee's findings also cast a disturbing light on the "ad hoc approach" to soldiers who do not show up for duty. They are automatically labeled "Absent Without Official Leave" (AWOL), with few resources dedicated to finding them or learning why they're missing. Guillén was listed AWOL even though her car keys and military identification were still inside the garrison, her car was in the parking lot, and there was no activity on her bank accounts. 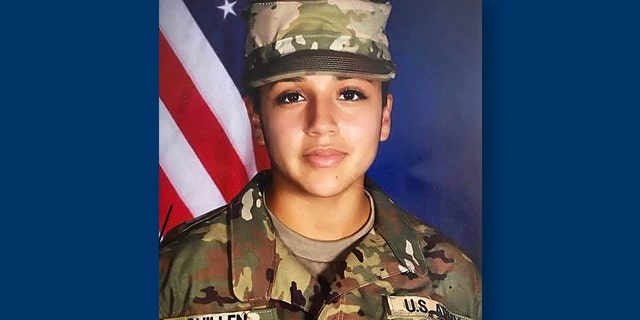 "In the civilian world, people are treated not as AWOL, but as missing persons. Our military is not second-class citizens," Natalie Khawam, the Guillens' attorney, told Fox News. "This needs to be the year of the military. Who wants to join if cases are mishandled, and there is a real abuse of power and discretion?"

The report also pointed to a lack of experience and high turnover within the ranks of the Criminal Investigation Department, leading to problems with launching sufficient investigations.

As it stands, there are more than 1,000 deserters wanted by the U.S. Army and it remains unclear explicitly what is being done to determine their fates. Ten months before Guillen disappeared, Pvt. Gregory Morales also vanished from Fort Hood. His body was unintentionally recovered a few miles from the base in June, during the search for Guillen. He had been listed as AWOL in August 2019 and later as a deserter.

However, for his mother, Kim Wedel, her life in Oklahoma halted as she pleaded for assistance and answers from Fort Hood's Army Criminal Investigation Department (CID).

"If any other business had this many glaring problems, leadership would be gone. Why did it take an investigation to see that the CID was understaffed and overwhelmed? There was a lack of response from CID, and they certainly didn't know what to do with me as a mom calling all the time," Wedel told Fox News.

“If any other business had this many glaring problems, leadership would be gone.”

The Killeen Police Department is heading the investigation into Morales' death, in which foul play is suspected, according to local reports.

"The Army didn't care enough to see there was a problem," Wedel asserted. "I still haven't really heard from anyone down there. My son will never be at the forefront, and it is shocking how many parents like us are out there. People don't just disappear because they choose to." 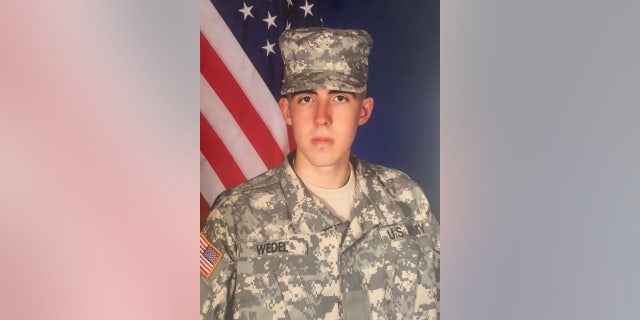 Ten months before Vanessa Guillen disappeared, Private Gregory Morales also vanished from Fort Hood. His body was unintentionally recovered a few miles from the base in June, amid the search for Guillen, having been listed as AWOL in August 2019 and later as a deserter.
(Courtesy Kim Wedel)

Scott Weinhold, 24, a veteran of Fort Hood, went fishing with friends from the base in February 2019. He disappeared and his body was eventually found at Temple Lake Park along with that of his friend and fellow soldier. His death was ruled a drowning with hypothermia.

There was one survivor, but according to his New Hampshire-based mother, Jennifer Florin, she has never been given proper access to him and she is left to piece together her son's final hours.

Florin also claimed that there were threats of arrest from Fort Hood leaders during their initial search for their son, pertaining to being in waters belonging to the base.

But what was worse, Florin said, was having to buy her own flag, then learning that officials were not permitted to attend because of a back-up at the crematory. The family needed to return to the East Coast. 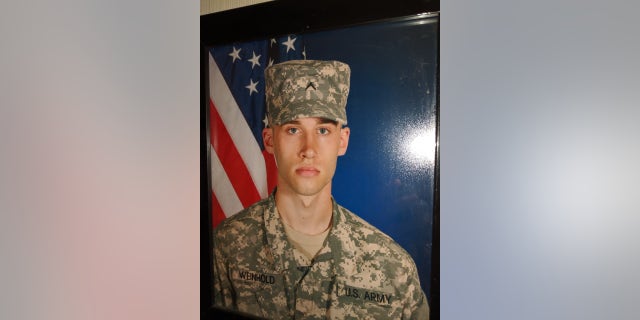 Scott Weinhold, 24, a veteran of Fort Hood, went fishing with two active-duty friends from the base in February 2019. Weinhold’s body – along with that of his friend and fellow soldier – was eventually found at Temple Lake Park.
(Courtesy Jennifer Florin)

"It was just one slap in the face after another; it was horrific," she said. "I would like to see a complete investigation that isn't only focused on sexual trauma because there are a lot more issues at that base. It needs drastic oversight. We thought we had to be worried about sending our children to foreign soil, but it turns out we have to be more worried about them here."

Indeed, problems have plagued Fort Hood through multiple administrations, according to family members torn by grief and frustration.

The family of Fort Hood Army Cpl. Christopher Ferguson said his death in March 2007 is steeped in mystery and they are still in pain almost 14 years later.

"We got a call one night that he had been drunk, and got into an accident and had fallen several stories from a balcony and landed on the top of his head," his sister, Christina McDonald recalled.

On the flight from Ohio, she envisioned her brother wrapped like a mummy in bandages at the hospital. "Only he just looked as though he was sleeping, minimal scratches, no broken bones," she said.

Ferguson, who McDonald described as "very straight-edged and never drank or smoked or got into trouble," was on life support and never regained consciousness. But nothing, she said, that she was being told about the off-base gathering at a fellow Fort Hood soldier's apartment that night ever made sense.

She noted that she later found her brother's camera, complete with photographs at the apartment that night of people who had vowed that they were never there. When she pushed for an independent medical examination, she was told it seemed more like her brother had been hit, "and his brain was jarred."

The official cause of death was "undetermined" but ruled an accident years later, McDonald said. She said there is neither closure nor clarity.

But victims and skeptics of the installation's leadership have long bemoaned that for years, answers and transparency were challenging to come by.

Both Block and Norris were members of the 401st Military Police Company and believed to have been in a secret relationship; it was prohibited under the Uniform Code of Military Justice. But it turned tragic in a war zone more than 7,000 miles away.

At the time, the distraught Block family – at their home in Vidor, Texas – were informed that Block died from a friendly fire gunshot through the heart. Yet after viewing the body at a local funeral home, Shonta questioned the official cause of death.

"When I saw her, I said, 'Mom, that's not her hair' – there was a fake bun glued to her head. Her head had been blown out at the back," Shonta told Fox News, stressing that the body showed multiple bullet wounds rather than only one, as they had been informed. "My family never got answers." 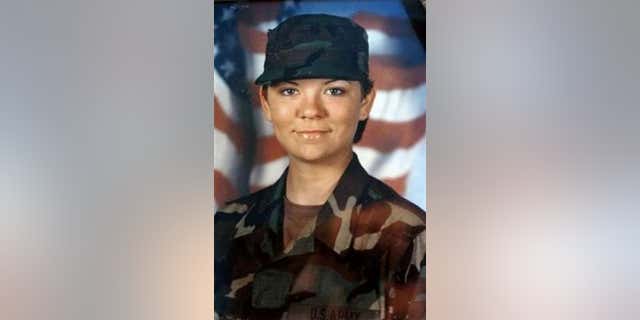 In 2007, 20-year-old Specialist Kamisha Block deployed to Iraq with a military police unit from Fort Hood but was shot and killed just weeks later by Staff Sgt. Paul Brandon Norris, who – in the words of Block’s younger sister Shonta – went on to "murder himself."

With her advocacy, the Army re-opened the case in 2018 to investigate an allegation that someone was ordered to destroy medical records related to the case. It was closed again in 2020, on the grounds that "no credible information was found to substantiate the allegations."

"The Army opened it and handed it right back to CID," Shonta lamented.

However, change could be coming.

Since the review, McCarthy has ordered the firing, suspension, or re-assignment of 14 of Fort Hood's senior leadership – a number of whom were part of CID. It marks one of the most significant punitive actions ever executed by the service.

"In response to the findings of the independent review, the Secretary of the Army signed a directive clarifying expectations and responsibilities of unit commanders and Army law enforcement authorities focused on the first 48 hours after a Soldier fails to report for duty," an Army spokesperson told Fox News. "When one of our teammates does not report for duty, we now change their duty status to 'absent-unknown' and take immediate action to find them."

“When one of our teammates does not report for duty, we now change their duty status to ‘absent-unknown’ and take immediate action to find them.”

The spokesperson also emphasized that "the challenges at Fort Hood forced us to take a critical look at our systems, our policies, and ourselves."

"While the independent review focused on the command climate and culture at Fort Hood, the findings contained in the committee's report impact the entire Army and more than 1.2 million Soldiers," the representative continued. "In response, we created the People First Task Force to analyze the findings and recommendations in the report, develop a plan of action to address issues identified by the committee, and reevaluate current policy and programs."

The Task Force will present its recommendations to Army leadership as quickly as possible for Army senior leaders' review and implementation.

Under McCarthy's direction, the military also is running its own investigation into Fort Hood, and further disciplinary measures could be taken.

However, many soldiers and families connected to Fort Hood told Fox News that the personnel changes were merely cosmetic, and they feared "business as usual" when the spotlight faded.

Jennifer Norris, an Air Force veteran and military crime analyst who has focused on Fort Hood issues since 2016, said in order to look forward, one also must look back.

"The deaths ruled a suicide – they need to be investigated. Why did they take their lives? Were those deaths properly investigated? Was it really a suicide, or was it a murder? Everything needs to be questioned," she added. "We can't just pretend the last 20 years didn't happen."

If you or someone you know is at risk of suicide please call the U.S. National Suicide Prevention Lifeline at 800-273-8255, text HOME to 741741 or go to SpeakingOfSuicide.com/resources for additional resources.