The cabinet member's threat will raise fears of a ruined Christmas for millions of British families. 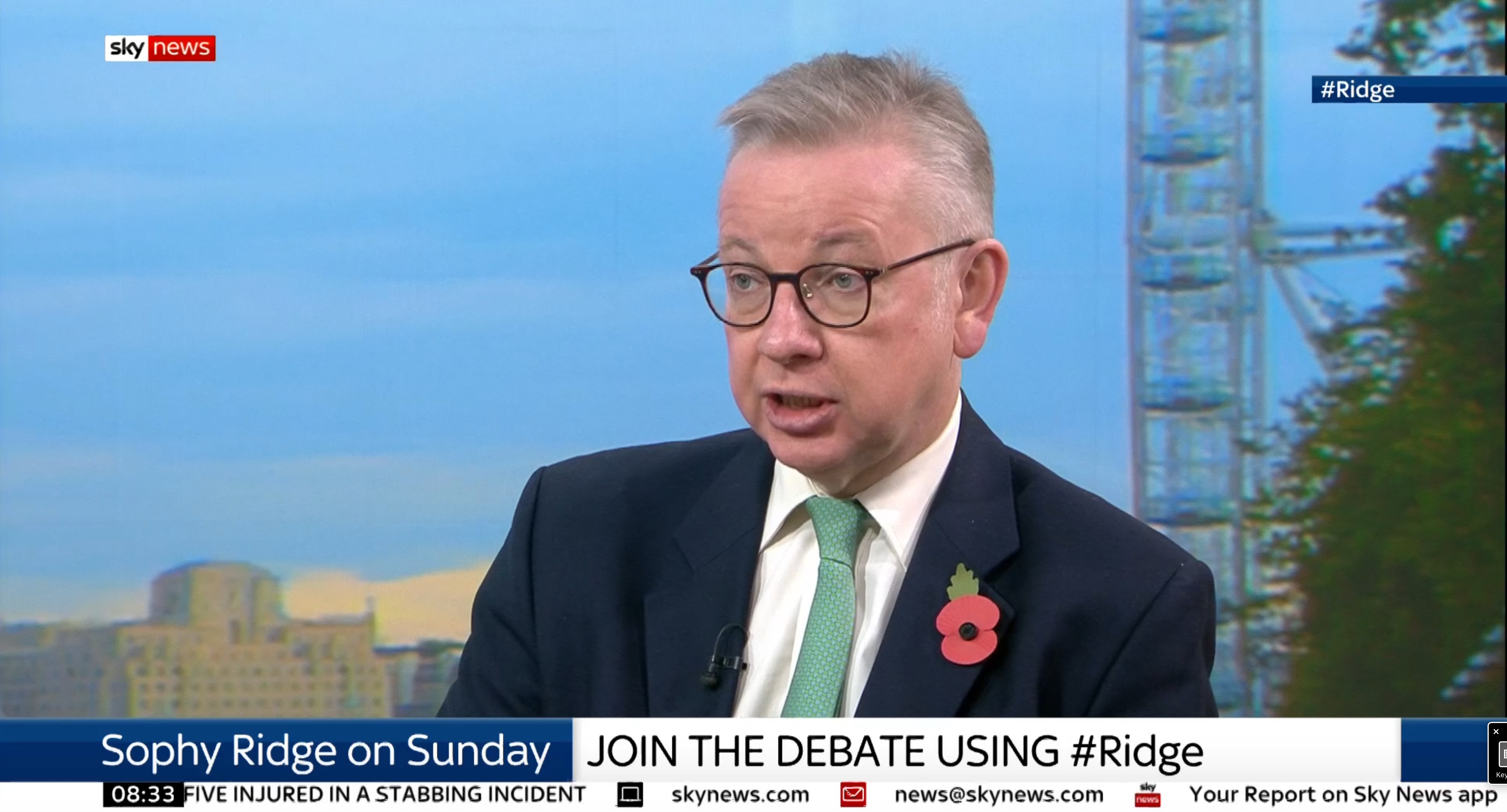 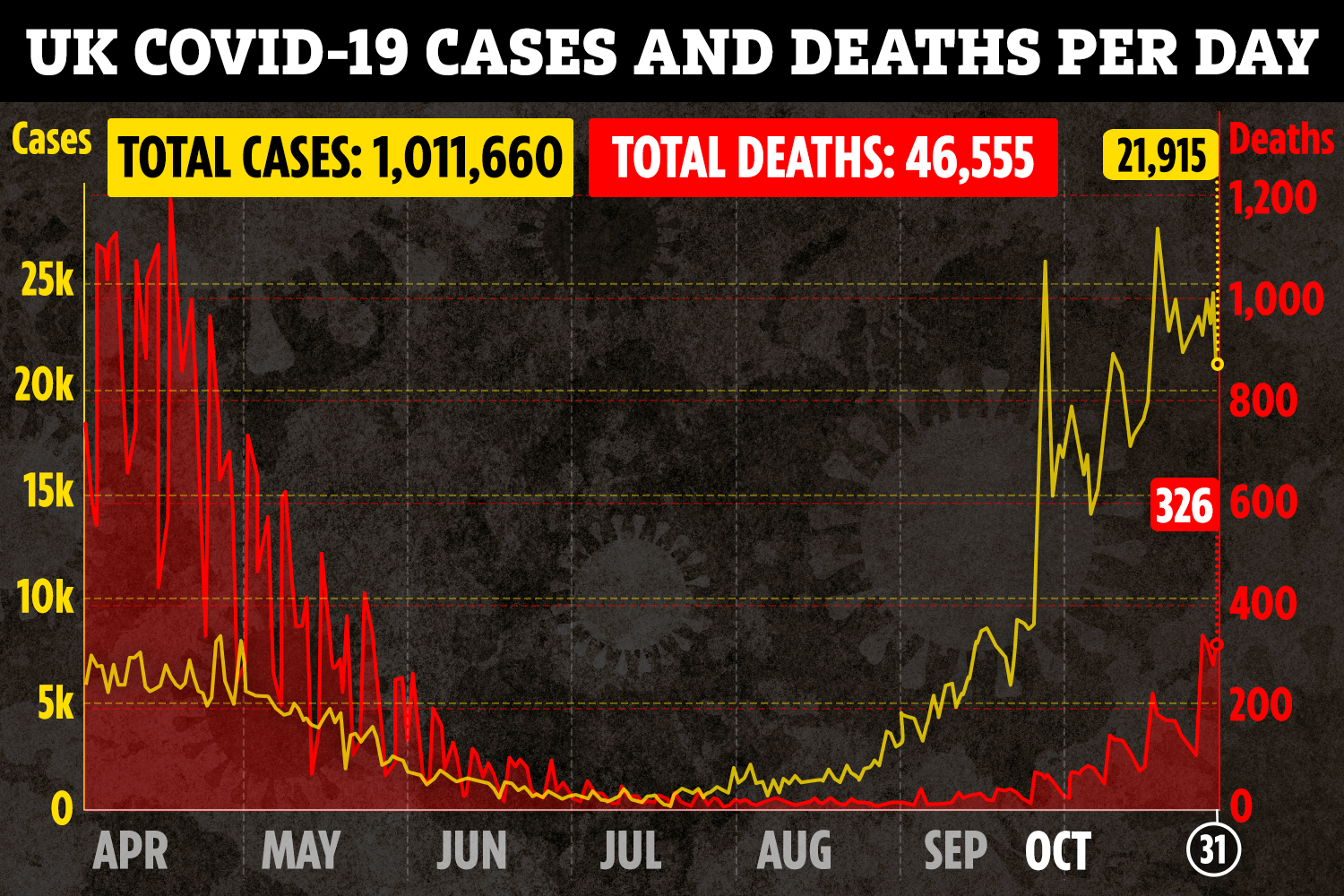 He appeared on the Sophy Ridge on Sunday show this morning, confirming the strict measures could carry on beyond December 2.

It would come as a blow for Brits making festive plans and banking on the restrictions being removed in a month.

The Chancellor of the Duchy of Lancaster said: "We are going to review it on December 2 but we are driven by the data.

"On the basis of what we have been told it should drive the R rate below 1.

"It’s our hope that we have significantly reduced the reinfection (R) rate."

When asked if the new lockdown could be longer than the one in the spring, Sir Mark said: "It's obviously a possibility, yes and the only way to know is going to be to really count cases as accurately as possible."

On whether people should expect to be able to gather at Christmas, he said: "I think the virus is sublimely indifferent as to what day of the week it is and indeed whether it's Christmas or any other festivals, so it does seem a bit unlikely that it's going to be a completely normal Christmas, that's for sure."

Last night Boris Johnson ordered England into a second lockdown, after being told thousands of deaths could be occurring a day from the virus by Christmas if left unchecked.

The PM was presented with horrifying plans in the event of hospitals becoming overwhelmed – including storing dead bodies in skating centres, amid warnings of 4,000 deaths a day.

Sir Simon Stevens, head of the NHS, pulled together the plans amid fears thousands would died each die at the peak of the second wave – expected to come by Christmas if nothing is done.

It was said to be this which convinced the PM to make the U-turn and order a national lockdown.

One official present at the Covid Quad committee meeting told the Mail on Sunday: “I could have wept – it was so awful.

“The PM was given hard facts about real people in hospital beds, and the debate was effectively over. He was told how many hospitalisations were already baked-in to the projections due to the steep rise in infections.”

At yesterday's Downing Street press conference, Boris Johnson confirmed a four-week lockdown in England from Thursday to curb the spread of Covid-19, with the shutdown to last until December 2.

The Prime Minister warned without action to tackle the virus "we could see deaths running at several thousand a day".

Hospitals would run out of capacity within weeks and doctors forced to choose between "who would live and who would die", the PM said.

And this morning Mr Gove added: "The situation has been worse than any of expected and that's why action is required.

"The projections that we've seen… all say that without acting we would see the number of people exceed that that we saw in the first wave during this month, around the 20th or so of November."

The PM said it was now clear that hospitals in the South West will run out of capacity in just a few weeks "unless we act" and the nation would face a "medical and moral disaster".

Doctors would be forced to choose whose lives to save, and deprive millions of people across the nation the care they need.

However, he will face a huge Tory rebellion from his backbenchers – who are determined to fight another national shutdown.

It came as Britain officially passed one million cases of the virus.

The lockdown is set to last until December 2 in an attempt to save the nation's Christmas.

But it will apply to England only – Scotland and Wales have said they will assess the situation and apply their own rules. 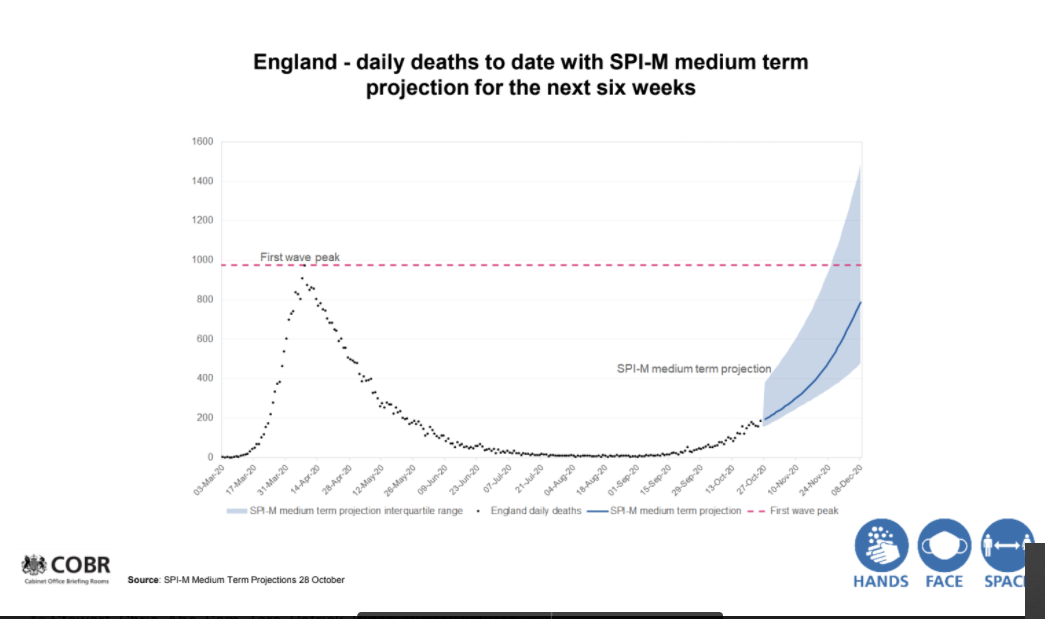 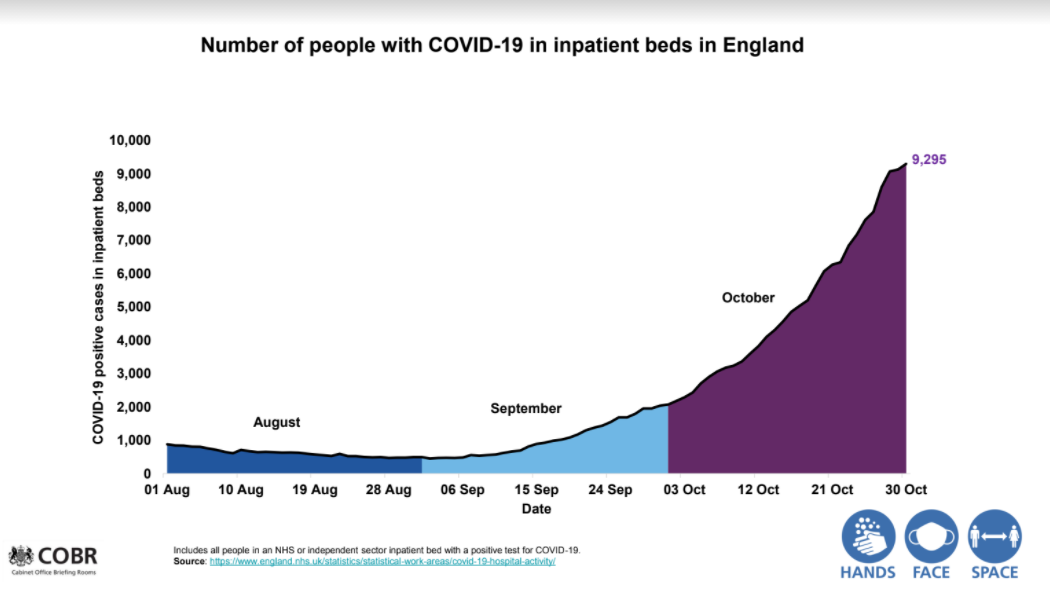