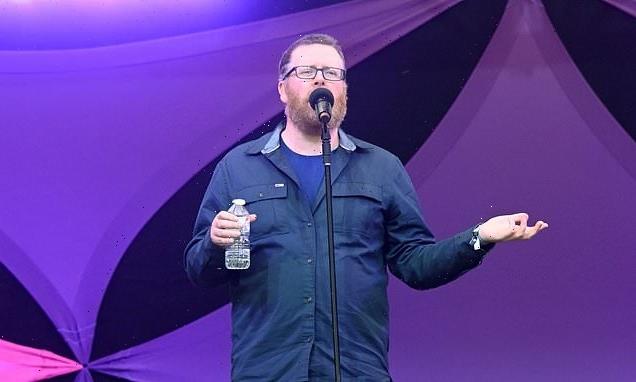 Comedian Frankie Boyle has been slammed over a rape joke made about ITV presenter Holly Willoughby, Mail+ has revealed.

The Scottish comic, 49, described a game about ‘killing and sh*****g’ people including the TV star during a performance at the Latitude Festival in Suffolk last weekend.

Boyle allegedly told those in attendance: ‘I’d obviously kill her and rape her afterwards. I’m joking, I’d rape her first.’

The comedian defended the joke yesterday after he was asked about the incident at a Waterstones launch event for his new book.

Boyle said: ‘Can I just say, my routine about raping and f*****g Holly Willoughby was part of a very long routine about whether or not it’s okay to do a joke about that, and I look at it from both sides, there are pluses and minuses.’

He also described how comedy is in ‘the eye of the beholder’ and he believes himself to be a ‘mainstream’ comic. 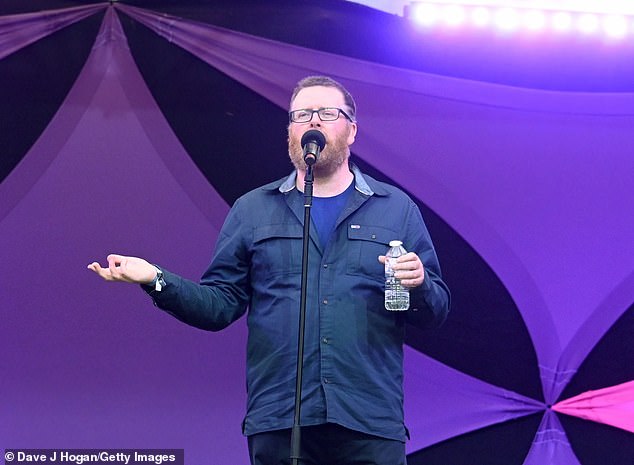 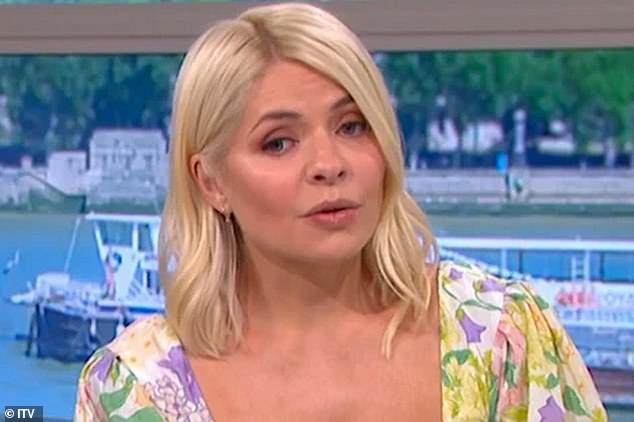 Willoughby, 41, has previously spoken out for victims of sexual abuse as part of the #metoo campaign, while she has also revealed her own experience of ‘upskirting’ when photographers crouched on the floor in order to take pictures of her underwear.

Caroline Nokes, Tory chair of the Commons’ Women and Equalities Committee, said she was ‘disappointed’ with the joke.

She told the Mail on Sunday: ‘The Frankie Boyle I was at university with wouldn’t have found rape funny.

‘It never is, and I’m disappointed that anyone would try to make a joke out of male sexual violence.’

A spokesperson for volunteer campaign group FiLiA, which campaigns on feminism as part of the Women’s Liberation Movement, added: ‘We are horrified that some men in the entertainment industry continue to consider the abuse of women to be comedy material.

‘There is nothing funny about male violence and seeking cheap applause at the expense of traumatising women speaks of low-quality material.’

A statement continued: ‘We are grappling with a national crisis in which the police and the courts fail rape victims who are brave enough to come forward seeking justice.

‘At the moment, one in four women report having been sexually assaulted, and we know from research that fewer than two per cent of reported rapes in England and Wales end in prosecution.

‘Women and girls around the country are not laughing. Instead, women are angry and scared for their safety.’

The MoS contacted both Boyle and Willoughby for comment but they were unavailable.