Rookie drivers will be able to do the online tests for their L and P-plate licences for free, and safe motorists will get a discount on their licence renewal under changes to coincide with the controversial, partial privatisation of VicRoads.

The state government will raise $7.9 billion from the partial privatisation of VicRoads, with a consortium of investors to take control of its licensing and registration business for the next 40 years.

Treasurer Tim Pallas assured motorists on Friday that the government would still control registration and other fee increases under the deal, but could offer no guarantees that prices would not rise.

In announcing the deal, the government also spruiked sweeteners for drivers. Some licensing and registration fees will be slashed from October, with online tests for learner and probationary licences to be free. That will save learners $51.40 and P-platers up to $133.30.

Meanwhile, safe drivers who have not lost any demerit points or been caught breaking road rules for the previous three years will get a 25 per cent discount on their licence renewal, saving $85.50 on a three-year licence. 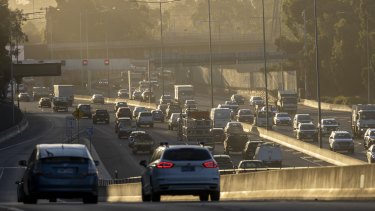 The government says service will improve through the sell-off. Credit:Wayne Taylor

The consortium’s upfront payment of $7.9 billion, which Pallas said far exceeded his expectations, will go into the new Victorian Future Fund to manage state debt. Meanwhile, the consortium will spend “hundreds and hundreds of millions of dollars” to rebuild the agency’s struggling IT system to improve customer service.

The Andrews government flagged the controversial sale in March last year, sparking warnings that a private sector operator would slash jobs and gouge motorists. But Pallas said the government would retain control of the fees charged for licences and registration.

The consortium will recoup its multibillion-dollar investment by charging the state an undisclosed percentage of transactions it processes, while increasing revenue by marketing new products and services, such as customised number plates.

“We’re going to encourage them to be innovative and to try to find out what it is the market wants in terms of an offering of the service,” Pallas said.

Victorian Greens transport spokesman Sam Hibbins said the sell-off was a “neo-liberal shocker” that put private profits over the public good, from a government that had “the biggest privatisation agenda since [former Liberal premier Jeff] Kennett”.

“The lease … will mean higher fees, lower quality customer service, and less jobs, lower wages, and conditions for workers for decades to come. It will put control over another public asset in private hands,” Hibbins said.

Pallas said that while it was reasonable for the public to be concerned about service and price gouging when state assets were sold, the VicRoads deal was “not a privatisation” and the public would benefit from better service.

“What we are doing is putting in place essentially a joint venture, a concession arrangement that … comes to an end after 40 years. At the end of that 40 years, the state expects to get back … a better asset,” he said.