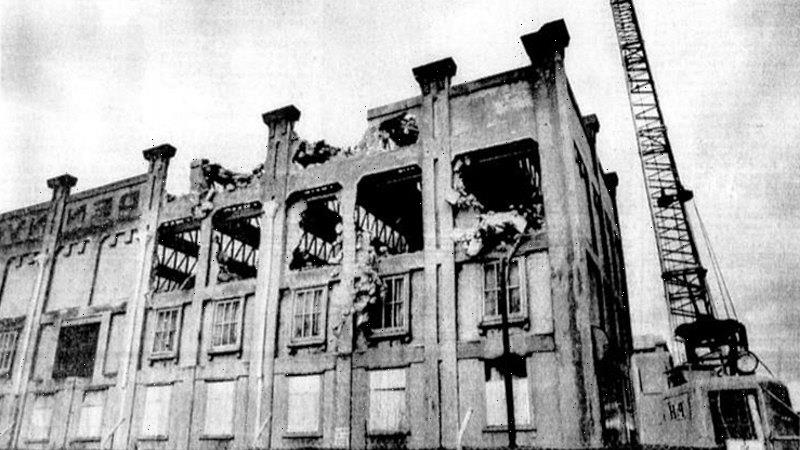 Wreckers began demolishing a section of the historic Bow Truss Woolstore in Geelong yesterday, sparking a serious rift between the State Government and its main heritage policy advisory groups. 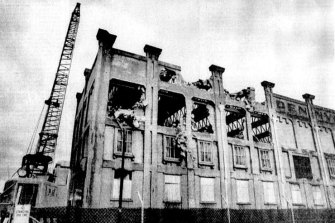 The chairwoman of the Historic Buildings Council, Ms Roz Hansen, said she was incensed that the Premier, Mr Cain, had overturned the council’s advice to save the woolstore. Requests for meetings yesterday were ignored.

The chairman of the National Trust, Mr Simon Molesworth, said that if work continued at the weekend, he would ask the trust council to refuse to cooperate with the State Government at any level.

“If this is not stopped, we will review our entire relationship with the Government of Victoria. What this means in the end I am not sure, but I will be asking my council on Monday to take the strongest measures possible … to adopt a policy of total non-cooperation.”

Mr Cain said yesterday that the Government had been faced with an impasse over the Bow Truss building, which is on the Historic Buildings Register and the register of the National Estate.

The present owner, Lifhay Pty Ltd, bought it in a state of disrepair for $380,000, knowing it had statutory protection by being on the register. The Government approved a demolition order against the advice of the Historic Buildings Council, its main heritage policy advisory body.

Mr Cain said yesterday: “The matter had dragged on for months, the building was in a state of disrepair and an eyesore, a decision had to be made.”

Wreckers began work on the annexe yesterday and are expected to start demolishing the main structure today.

As well as Australian heritage bodies, a World Heritage assessment committee has twice urged the Victorian and federal governments to delay the demolition and look for alternatives.

On Thursday, the acting director of the Paris-based International Council on Monuments and Sites, Mr Colin Kaiser, wrote to the Prime Minister, Mr Hawke, saying the Bow Truss building was well known internationally and “quite clearly of outstanding importance for Australia”.

“It is manifestly absurd to go ahead with destruction of what many Australian and foreign experts regard as a building of international significance,” the letter said. “The national Government must intervene.”

Mr Cain and the Cabinet have accepted engineering advice to the Department of Labor that the woolstore, built in 1912, is unsound and could endanger restoration workers.

The Premier rejected another engineering consultant’s report that supporting trusses could prop up the building indefinitely, keeping it stable.

Geelong residents are divided on the future of the store, with some developers and business people believing it is not historically significant and is ugly, and that the site should be used for new projects.