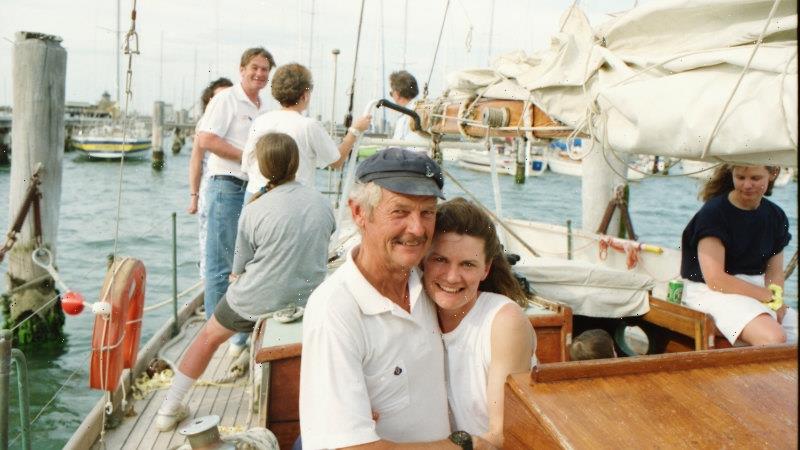 Ringwood to St Kilda, via the rest of the world

During its circumnavigation of the world, the 54-foot yacht Roama saw three marriages, including that of the captain’s daughter, earning it the nickname “the love boat”. 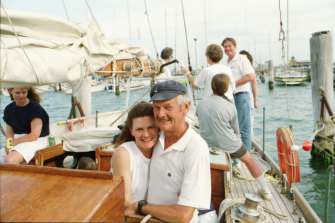 Doug Jenkins is welcomed back to Melbourne by his daughter Katherine.Credit:The Age Archives

Mr Doug Jenkin, who left Ringwood four-and-a-half years ago, sailed up to St Kilda Pier yesterday. In those years, 40 countries and the seven seas passed by his yacht’s bow. Mr Jenkin lost count of the islands he visited on the 45,000-nautical-mile journey.

Two of Mr Jenkin’s four daughters crewed with him. Pamela, 22, sailed the last 12 months, homeward-bound. Katherine, 28, married a crew member and returned to settle down in Melbourne after 15 months away.

“This boat is called the love boat,” said Katherine yesterday. A family friend, introduced to a crew member in London, also tied the knot during the boat’s travels.

The Roama showed the strain of the journey: its forward lower shroud was encrusted with rust, the halyards were stitched and mended with string, and the sails were as wrinkled as the captain’s face, smiling in the northerly wind.

But Mr Jenkin, 57, said the wooden-masted Roama was perfectly seaworthy. “It only wants a face-lift and she could sail around the world again.”

Tragically, the circumnavigation had to be done in two parts.

Mr Jenkin’s wife fell ill with cancer, diagnosed in Istanbul, 15 months into the journey. They sailed to Spain, then flew her back to Melbourne, where she died. The Roama was berthed for six months before Mr Jenkin resumed his travels.

It was already halfway around the world, so it was as quick to bring it back through the Panama Canal and across the Pacific, after a detour to Scandinavia.

Mr Jenkin saw sharks and weathered many gales but no storm did more than waterlog the crew and tear a few sails.

He said the worst obstacles were the officials, Customs checks, police and bureaucracy at every new port.

Mr Jenkin sold his business and put aside five years to make the trip. “My daughters will probably feed me and water me for a while. But now,” he said, looking to the horizon, “I have got to find something to do.”