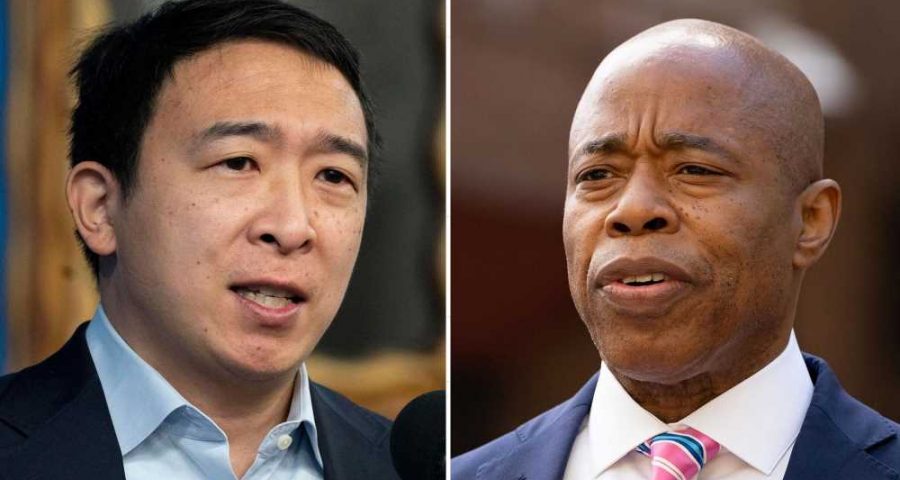 The best of the barbs traded at first NYC mayoral debate

But the other six failed to break out from the crowded field during a virtual face-off marked by plenty of cut-off answers and few fireworks — one that likely didn’t sway many of the 20-plus percent New Yorkers who still haven’t picked their favorite.

A Change Research poll released just hours ahead of the debate put Adams in first place, with 19 percent, followed closely by Yang at 16 percent and no one else topping 10 percent.

Twenty two percent of voters were still undecided with just six weeks to go before the June 22 Democratic primary.

Adams, who some rivals hammered over his law-enforcement background and more conservative politics, instead promised a new plainclothes unit with carefully selected members, saying the disbanded anti-crime unit had the “wrong officers” assigned to it, many of whom “were turning off their cameras” at critical moments.

Former Citigroup executive Ray McGuire said he would appoint a deputy mayor for public safety, even though the police commissioner runs the department, and former US Housing Secretary Shaun Donovan proposed $3 billion in social spending.

Donovan said the money would come from what he called the “broader” criminal justice budget, not just the NYPD, and compared it to the high cost of jailing the city’s inmates.

Entrepreneur and former presidential candidate Yang, who was targeted over his lack of government experience, said, “The first thing I do is I go to our police force and say, ‘Your city needs you.’”

“Let me be clear: defund the police is the wrong approach for New York City,” he added.

Yang and Maya Wiley — a former federal prosecutor, MSNBC host and counsel to de Blasio — both said they favored a moratorium on business fines and fees.

All eight candidates opposed forcing teachers to be vaccinated against the coronavirus before the next school year, possibly to avoid crossing the powerful United Federation of Teachers and other school-worker unions.

But five — Yang, Garcia, Stringer, Donovan and Morales — said they wanted students to get the shots.

Only two — Adams and Garcia — said they would keep the Specialized High School Admissions Test for entrance to the city’s top high schools, and only Adams and Stringer said favored offering kids full-time remote instruction in the fall.

Stringer’s support came despite his admission that, “I’m a failed remote-learning teacher” for his two young sons.

De Blasio has yet to say if the Department of Education will provide virtual classes in September.