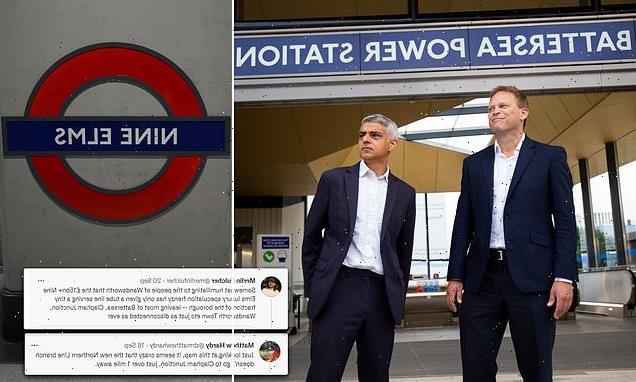 The slick £1.1bn Tube line (for the rich): Fury over new Northern Line Extension to swanky Nine Elms and Battersea Power Station which stops short of Clapham Junction where it would benefit THOUSANDS of Londoners

The new £1.1billion Northern Line Tube extension has come under fire just two days after it opened – from Londoners disappointed it does not go as far as Clapham Junction.

New stops at Nine Elms and Battersea Power Station are the first major expansion of the underground this century.

But despite being hailed by Mayor of London Sadiq Khan and Transport Secretary Grant Shapps not everyone is happy.

Some commuters are confused by why the line does not extend to Clapham Junction to benefit even more people. It is understood planners were concerned going that far would overwhelm the line.

Tour director Merlin Fulcher aired his views online, declaring: ‘Somewhat humiliating to the people of Wandsworth that the £15bn+ Nine Elms luxury speculation frenzy has only given a tube line serving a tiny fraction of the borough — leaving most of Battersea, Clapham Junction, Wandsworth Town etc just as disconnected as ever.’

Chris Howe, an engineering writer, added: ‘Not extending the Northern Line to Clapham Junction seems like a big lost opportunity to me.’

Another Twitter user opined ‘There’s nothing in nine Elms but the embassy and the residential apts of those that live there.

‘Can someone explain why we needed so spend that much money to extent the northern line there! What about Streatham and Clapham junction- they need tubes.’ 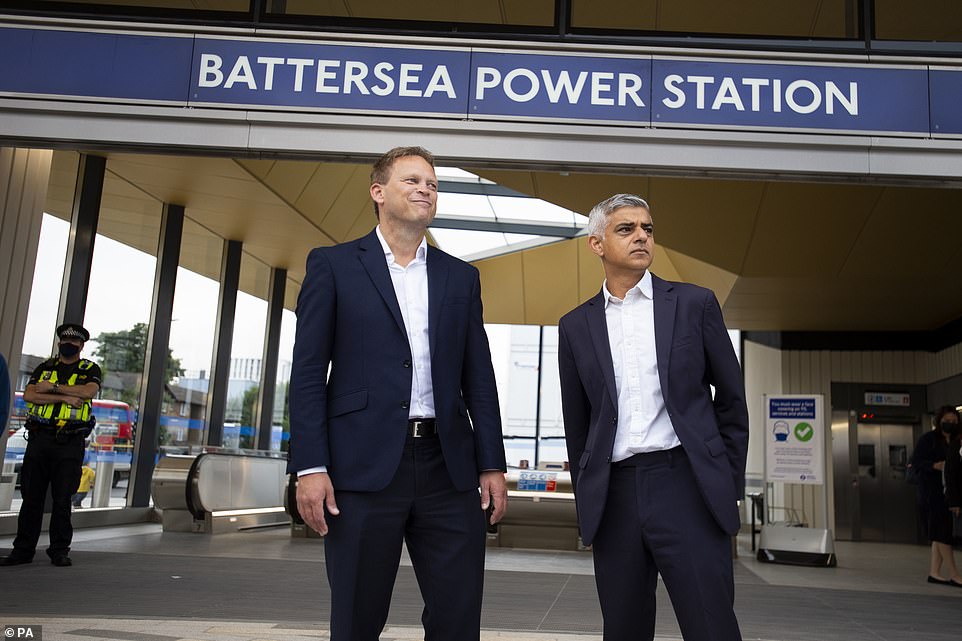 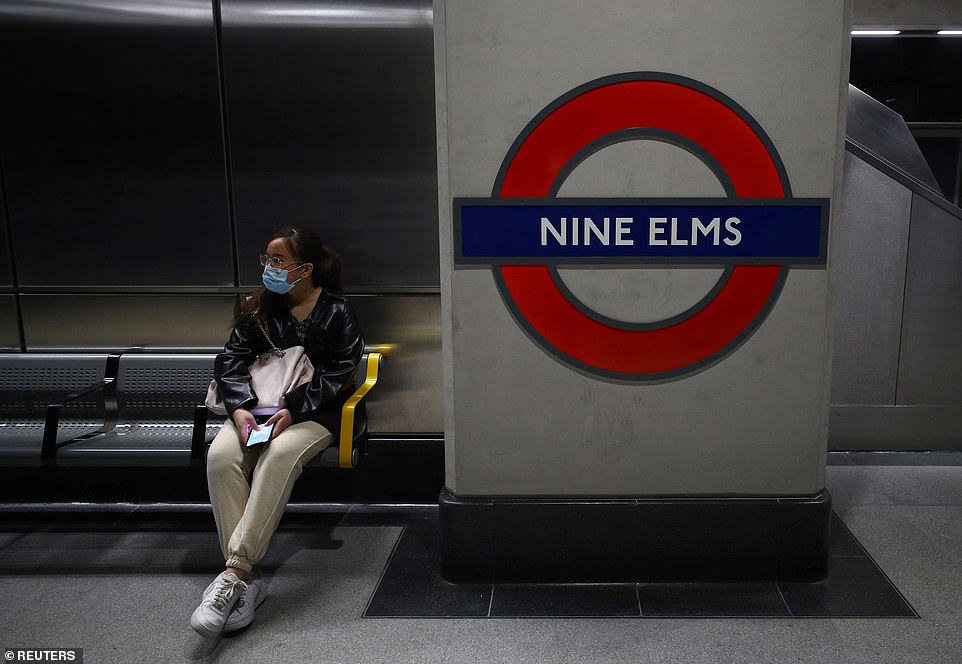 Nine Elms is one of the two new stops, which has baffled some commuters because it has just ‘the embassy and appartments’

And cyclist Matthew Hardy added: ‘It seems crazy that the new Northern Line branch doesn’t go to Clapham Junction, just over 1 mile away.’

TfL said the extension is supporting around 25,000 new jobs and more than 20,000 new homes as part of significant regeneration in the area around Nine Elms. The 40 major development sites creating the new jobs and homes are taking place between now and 2030.

In addition, TfL says, construction of the extension boosted the UK economy and supported around 1,000 jobs, including 79 apprenticeships.

Labour councillor Aydin Dikerdem has also questioned how the expansion had been funded.

He said: The Tube has been financed through a deal between Wandsworth Conservatives & developers. Section 106, the tax on developers we use to build social housing was instead spent on the Tube. £266.4million of it. A large reason why Nine Elms will produce only 15% ‘affordable’ housing

‘It’s not really a tax if the money used helps the property prices & interests of the developers. The Council could have used Community Infrastructure Levy funds, money explicitly designed to support infrastructure around a development, but instead used the social housing pot 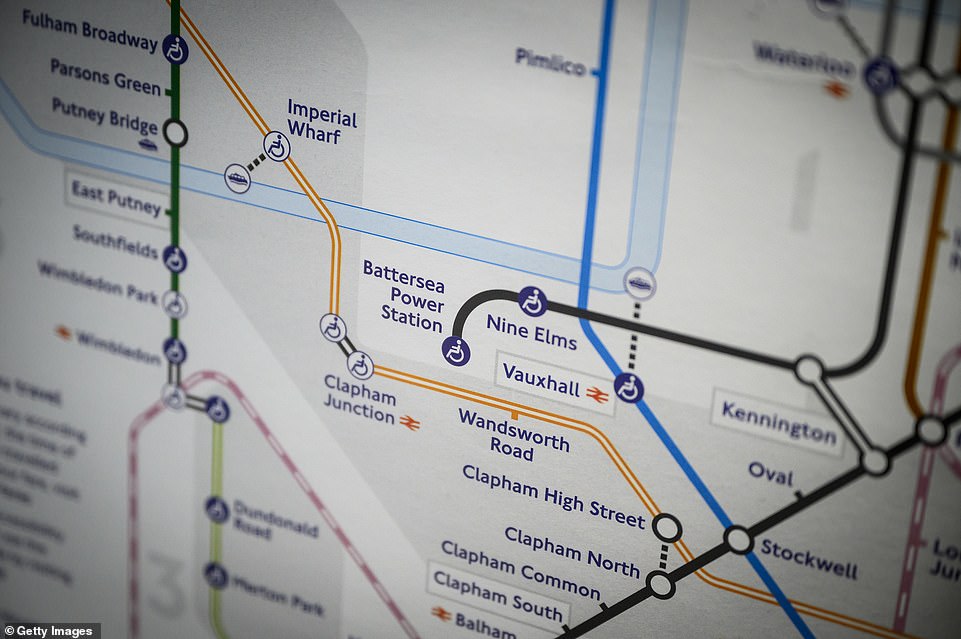 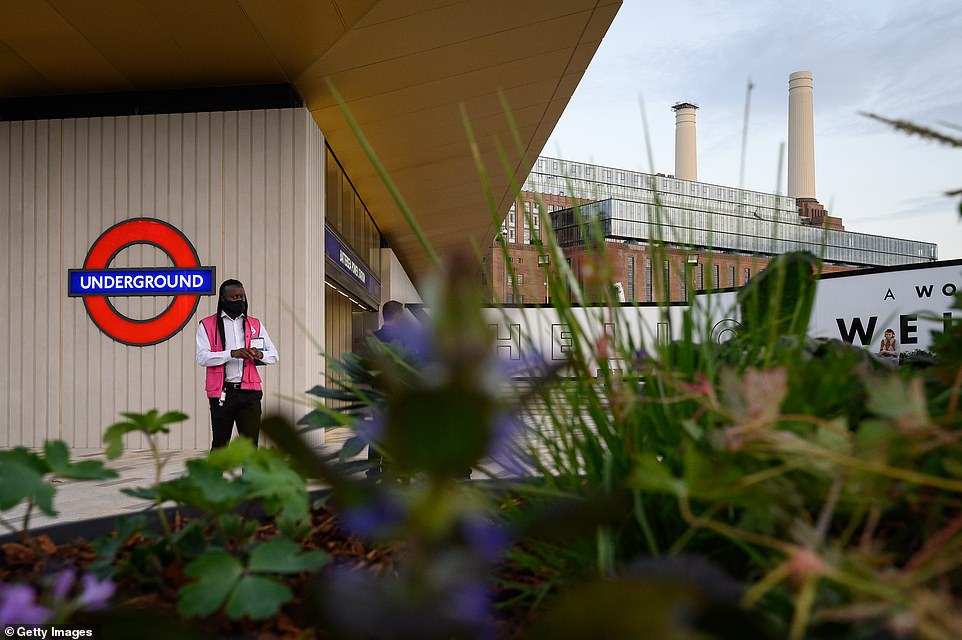 Transport for London said the extension will support around 25,000 new jobs and more than 20,000 new homes 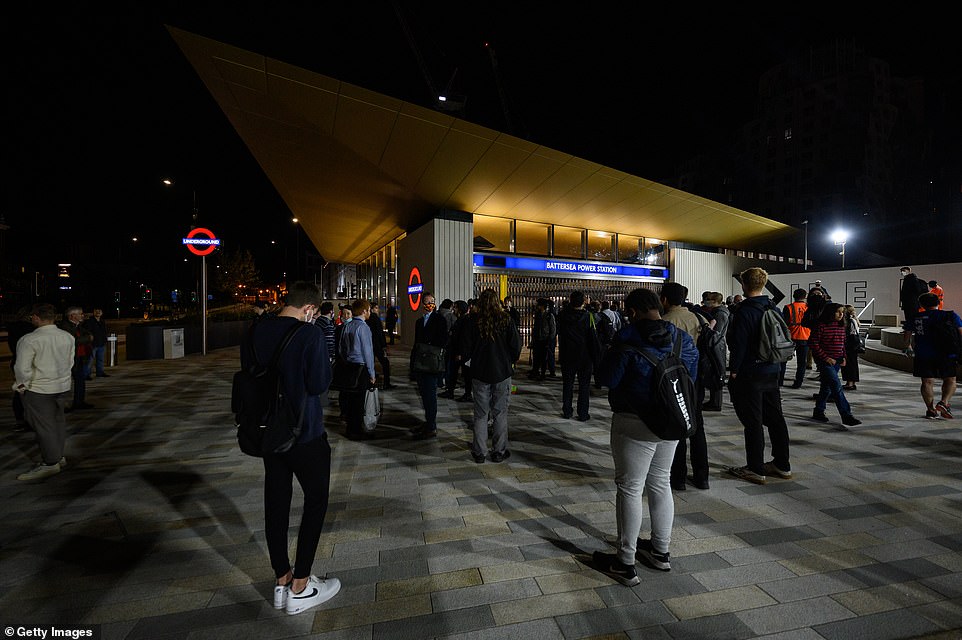 ‘The project was also signed off during the post-crash recession. It would have been an ideal public works investment to stimulate jobs & growth when interests rates were at almost zero & the economy needed stimulus. Instead private finance was used with a huge public good cost.

‘The funding of the Northern Line extension is a story on what happens when developers interests are put first. £266.4million of Wandsworth tax payers money is now sitting in an asset they have no direct democratic ownership over.’

Billions of pounds of investment have been pumped into the area in recent years, including through the redevelopment of Battersea Power Station and the building of a new US Embassy in Nine Elms.

The power station will open next summer after being transformed into a huge shopping, entertainment and office block – complete with more than 200 in-built apartments for the super-rich.

The Greater London Authority borrowed £1billion for the expansion, which will be funded through business rates from the local area and around £270 million of contributions paid by developers.

Wandsworth Council put £300million towards the construction costs and today councillor Ravi Govindia, Leader of Wandsworth Council and co-chair of the Nine Elms Vauxhall Partnership, who has spent the past decade pushing hard for a new tube link to Nine Elms and Battersea, told the MailOnline: ‘Travelling on the Northern Line Extension as it opened its doors today, and seeing excited passengers use these stations for the first time, is a once-in-a-lifetime moment that I will never forget.

‘Wandsworth Council has always had huge ambitions for this area and we are delighted that our vision and planning to improve the connectivity of Battersea and Nine Elms has come to fruition.

‘In less than 10 years we have achieved a fantastic new Tube connection for Wandsworth, transforming what was once a transport backwater south of the river.

‘These stations will help our residents get to work and other parts of London more quickly, as well as opening up new opportunities for jobs and businesses in the capital.’

The scheme takes the total number of Tube stations to 272.