The dragnet for a  Georgia man accused of killing his wife has ended as he has been captured after he evaded police across the state for eight days, authorities said Monday.

Jimmy Blackmon, 50, was taken into custody by U.S. Marshals in Carroll County, the Polk County Police Department said. He was charged with shooting and killing his wife, Leanne Blackmon, at their home on Oct. 18. 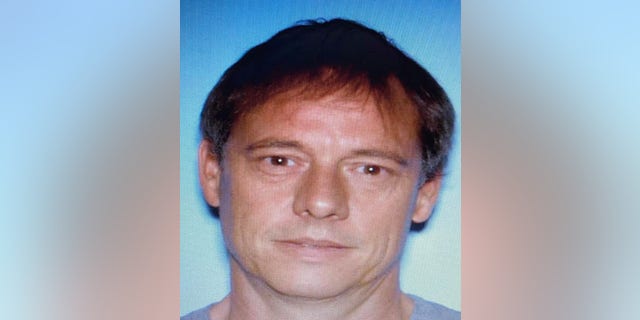 Blackmon led law enforcement across three counties during the eight-day manhunt. He was located at his father’s house in Carroll County on Monday morning after authorities “pinged” his cellphone, the station reported.

Blackmon escaped through the back door when authorities arrived and he was later found hiding in the woods, the Polk Standard Journal reported. Officials said Carroll County deputies deployed a drone that could track heat signatures and discovered Blackmon behind a log. 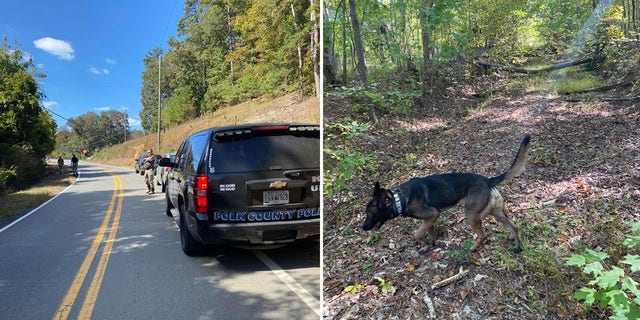 Police investigators and a K-9 unit searched the woods near a highway for Blackmon on Oct. 20, two days after his wife was found shot dead in their home.
(Polk County Police Department)

Blackmon surrendered and was taken into custody without a struggle, officials said.

Dodd told local media outlets that the investigation is ongoing as authorities look into whether anyone helped Blackmon while he was on the run.

Investigators have already determined Blackmon’s 21-year-old son from a previous marriage initially lied to police about his father’s whereabouts and was charged with obstruction on Oct. 19.

Blackmon was booked into the Polk County Jail on multiple charges, including murder.