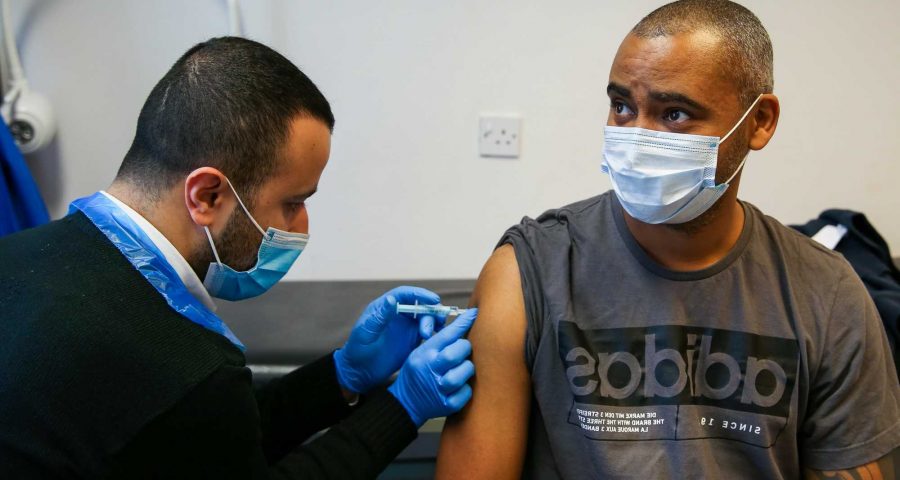 GETTING your second Covid jab is the best way to protect yourself against the Indian variant, experts have said.

One dose may not be enough, the public have been warned. 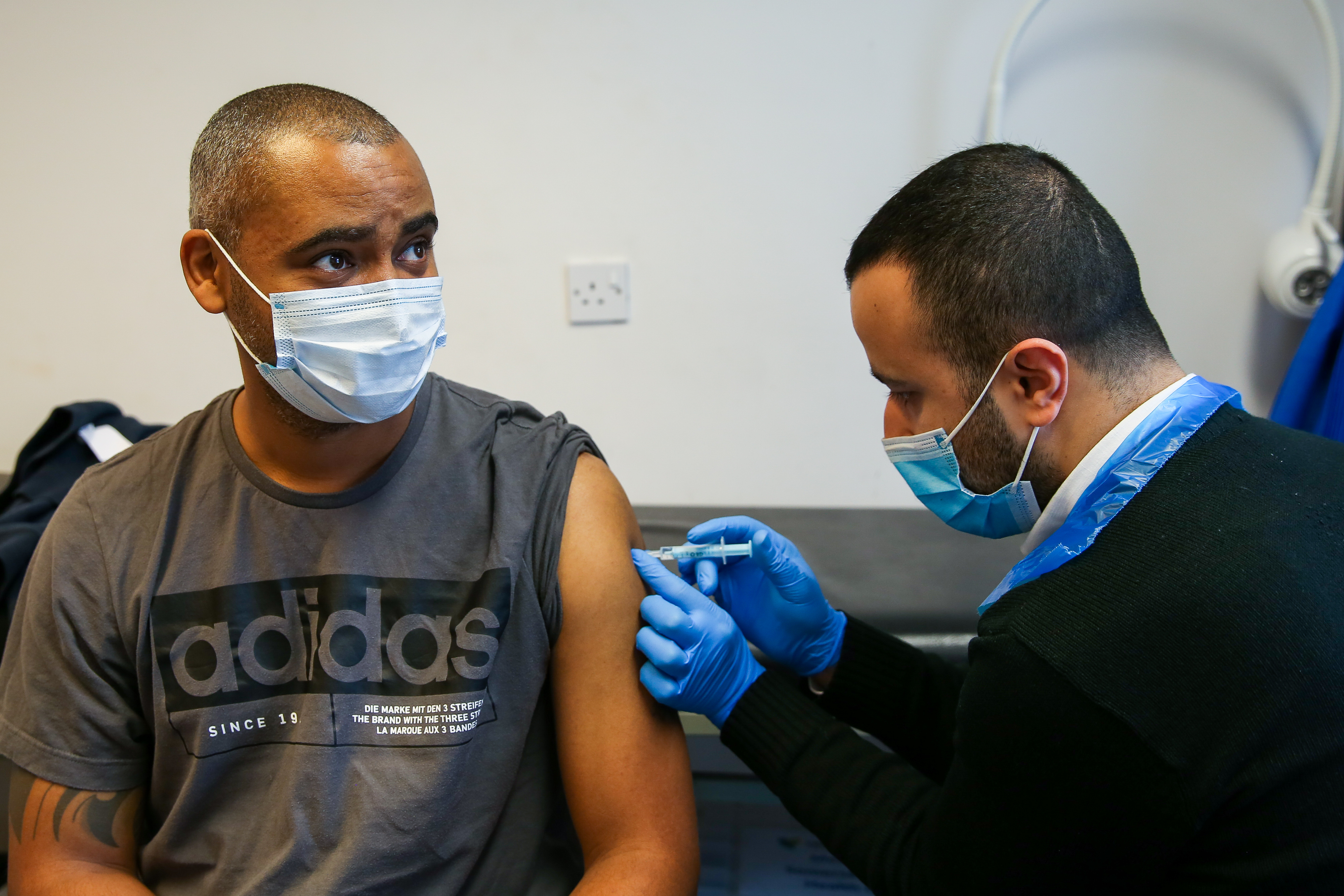 Professor Ravi Gupta, a member of the group Nervtag advising the Government, said "a single dose is not particularly protective” against the Indian variant.

The University of Cambridge professor told BBC Breakfast this is “the situation that many adults find themselves in during a period of easing of restrictions".

It comes after data this weekend revealed how protective jabs were against the Indian variant.

One dose of either the Pfizer or AstraZeneca jab was 33 per cent effective against Covid disease from the Indian variant.

This compared to 50 per cent against the Kent strain, which had been dominant in the UK for several months.

But against the Kent strain, two doses of the jabs are 93 per cent and 66 per cent effective, respectively.

The Health Secretary Matt Hancock described the findings as “groundbreaking”.

He said “we can now be confident” that more than one in three fully jabbed brits have “significant protection” against the Indian variant.

But he did not mention that PHE’s risk assessment of the Indian variant’s ability to weaken vaccine efficacy had escalated to "high" on the back of the data. 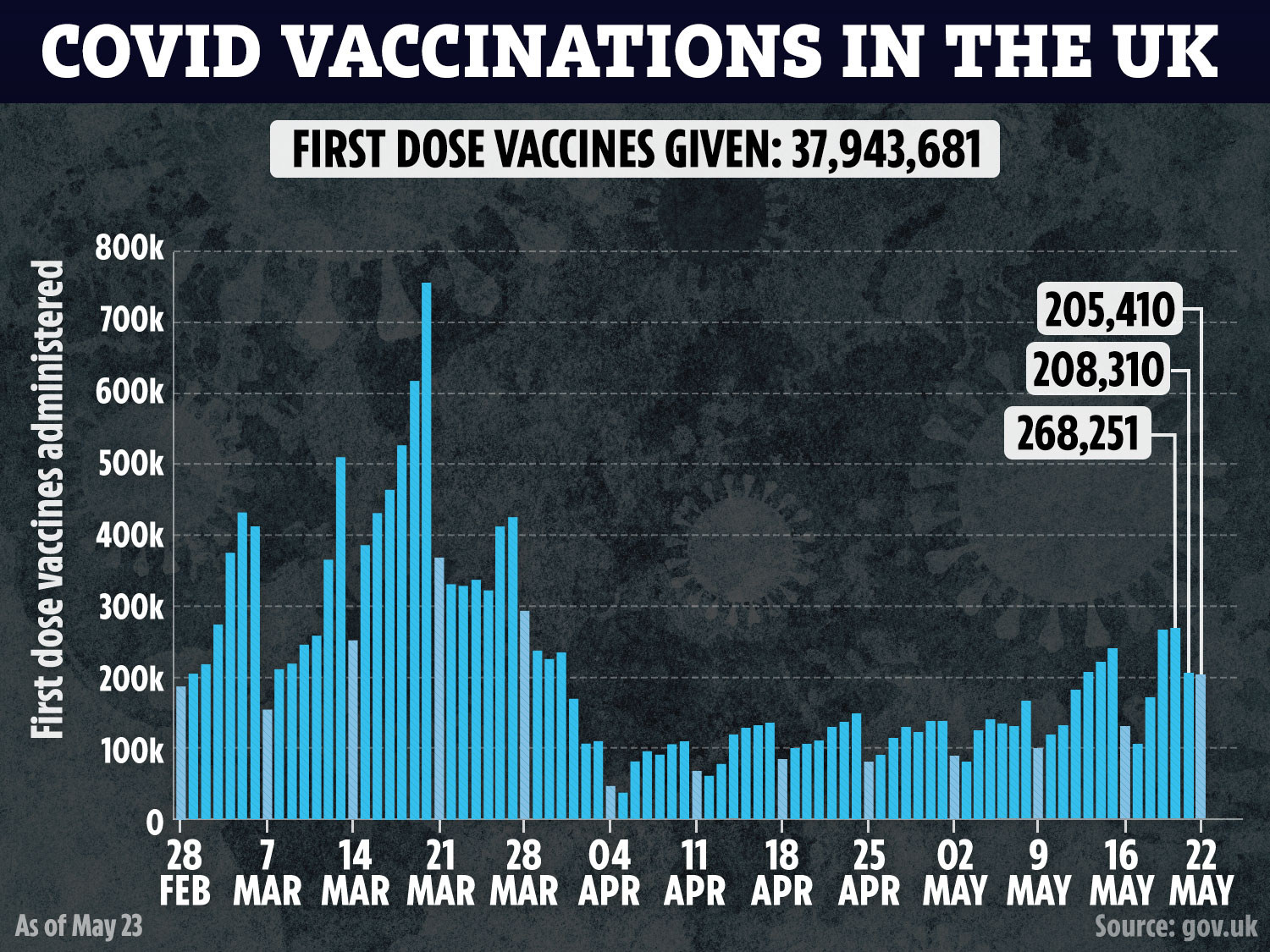 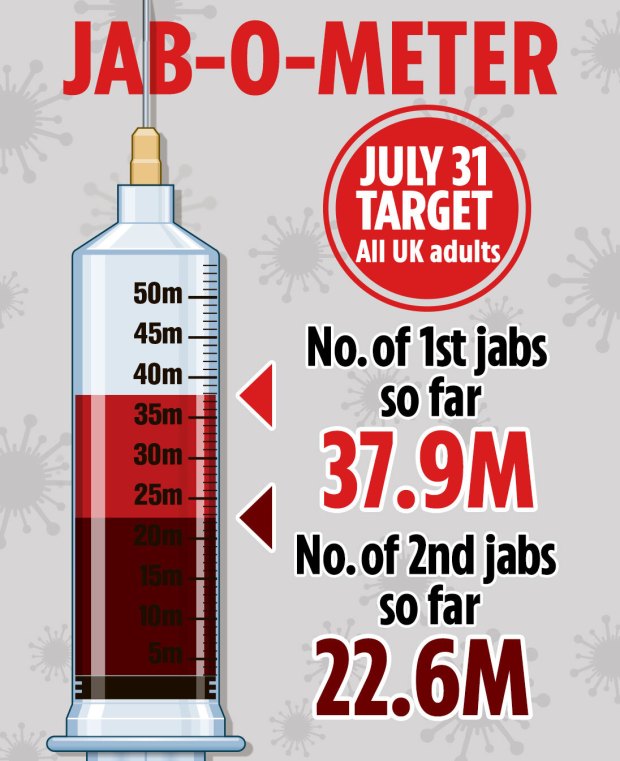 Prof Paul Hunter of the University of East Anglia said the PHE data further clarified the importance of a second dose.

He said: “What is clear from this research is that the main thing we can do to reduce the spread of this variant is to ensure that we get our second dose of vaccine – whatever vaccine we had for our first injection.”

“Therefore, it is still really important to take up the offer of immunization even if you know you have had a prior infection.

“Although it is still a little early to be certain I think this evidence increases the likelihood that booster doses will need to be offered in the autumn.”

Writing on Twitter, she said: "The remarkable thing is that even PHE don't think it's good news – they updated their risk assessment yesterday for vaccine escape from AMBER to RED.

"PHE think this study on vax effectiveness has made B.1.617.2 a greater risk."

She added: "The way out is to vaccinate – FULLY vaccinate – as many people as possible as quickly as possible. And to do this BEFORE we move to step 4 of the roadmap."

Prof Gupta warned there were swathes of Brits who are unvaccinated as the Indian variant spreads, "particularly young individuals who are going to be mixing".

People under 32 years old have still not been invited for their vaccine as the relaxation of restrictions have allowed for indoor mixing.

A leading expert warned the virus will find those unvaccinated.

Prof Andrew Pollard, of the Oxford Vaccine Group who led trials of the AstraZeneca vaccine, said that was the key message to the public.

He told BBC Radio 4's Today Programme: "If you’re unvaccinated, then the virus will eventually find those individuals in the population who are unvaccinated, and of course if you’re over 50 and unvaccinated, you’re at much greater risk of severe disease.” 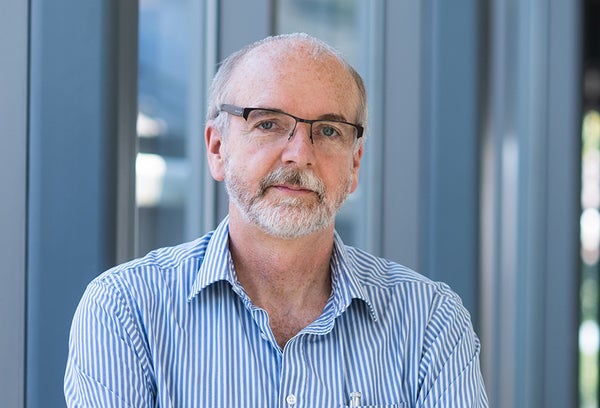 Prof Pollard said the Indian variant was able to spread “slightly better” whether people have been vaccinated or not.

“Of course this is the variant that’s around at the moment but future variants are going to get even better at doing that,” he warned.

“That’s the evolution of this virus, that it’s going to find ways around immune responses to be able to spread a bit better."

The Indian variant B.1.617.2 has already become the dominant strain circulating in many areas of England.

But vaccines were created against the original coronavirus strain from Wuhan, China.

New strains of the coronavirus that evolve over time potentially have the ability to dodge immunity produced by the vaccines.

But data so far has given ministers confidence that vaccines will give a decent level of protection against the Indian variant.

With more than 3,500 cases detected so far, the Indian variant has threatened to derail the lockdown easing roadmap.

Sage – the scientists that advise Government – believe the Indian variant could be up to 50 per cent more easily spread than the strain from Kent.

However, after the publication of PHE’s vaccine data, experts suggested the lockdown easing looks to be on track.

Prof Susan Hopkins, PHE’s Covid-19 strategic response director, said the data trend was “quite clear” and was heading in the “right direction”.

Asked about how the data could affect the easing of restrictions from June 21, Prof Hopkins said it was “too early to say”.