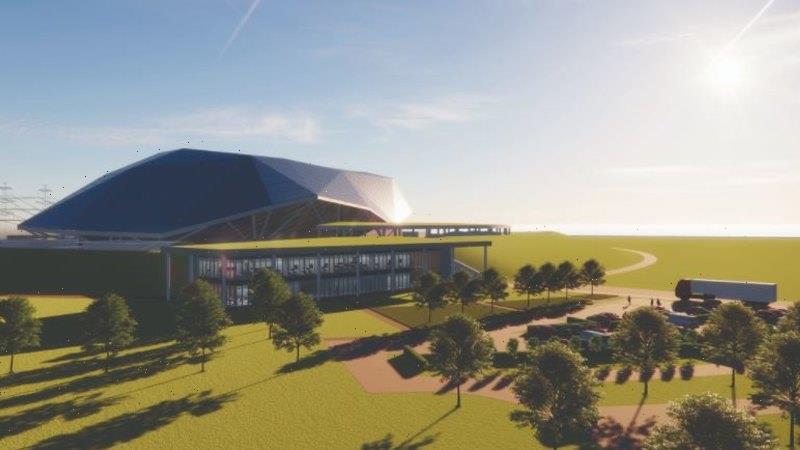 London: Rolls-Royce says the AUKUS security agreement between Australia, the United Kingdom and the US paves the way for Australia to embrace small modular nuclear reactors.

This week Rolls-Royce announced it had raised nearly £500 million ($915 million) in government and private equity funding to build its small modular reactor design.

Currently, no such reactors exist anywhere in the world, although China began construction of its first plant in July. 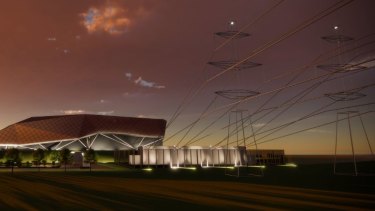 The future of nuclear power plants, according to Rolls-Royce.Credit:Rolls-Royce

Rolls-Royce believes it could begin building its first reactor in 2030 if it is given regulatory approval. It submitted the paperwork to regulators on Wednesday.

A small modular reactor is roughly the size of two soccer pitches and about one-tenth the size of Britain’s existing nuclear plants. Rolls-Royce claims it would produce the same amount of power generated by 150 onshore wind turbines, enough to supply 1 million homes.

Speaking exclusively to The Sydney Morning Herald and The Age, the CEO of the company’s small modular reactor division, Todd Samson, said the technology was the same as that used to power Britain’s nuclear submarine fleet – technology Australia could acquire under the AUKUS agreement.

“With AUKUS, Australia has now got a new opportunity in front of it. If you are going to embrace nuclear as part of your defence program, then you would be the only country that had done so and did not then fully exploit a commercial, civil nuclear program,” Samson said.

“So you have the option now. Whether the public and the perceptions in Australia would open up to nuclear as their part of their net-zero ambitions, I don’t know.”

His calls echo those of the Minerals Council of Australia, which in September said the development of a nuclear submarine fleet would give the nation an opportunity to develop nuclear power capacity.

“Not only will we develop the skills and infrastructure to support this naval technology, but it connects us to the growing global nuclear power industry and its supply chains,” said Minerals Council chief executive Tania Constable.

“While Australia has one third of the world’s uranium supplies, it has limited its nuclear capacity to a single world-class medical research reactor at Lucas Heights in Sydney.”

But Prime Minister Scott Morrison has said Australia would not build new nuclear plants, and will continue to meet all nuclear non-proliferation obligations.

The role of nuclear energy has become a key debating point at the COP26 summit. As well as helping fund Rolls-Royce’s project, Britain has commissioned the first of three conventional new nuclear plants and France this week announced it would upgrade its nuclear network for the first time in decades.

British Prime Minister Boris Johnson has said the UK will be powered entirely by clean electricity by 2035 with funding for a second large-scale nuclear plant finalised by the end of the parliamentary term and keeping open the option of mini plants.

In contrast, nuclear energy has been fiercely rejected in Australia where a moratorium exists.

In 2019, a majority-government parliamentary committee recommended the consideration of small modular reactors for Australia in the future, but only with bipartisan and public support.

But in a dissenting report, Labor MPs rejected nuclear power in any form, describing it as a “dangerous distraction”.

Energy economist Bruce Mountain said in September he expected the submarine announcement would reignite the decades-old debate over nuclear power in some quarters, but that wind and solar were now the cheapest sources of energy and nuclear remained by far the most expensive.

Samson said the solution to cutting carbon emissions was not one or the other, or renewables versus nuclear but “all of the above”.

He said the estimated amount of radioactive waste produced by a small modular reactor over the course of 60 years would fill an Olympic sized pool.