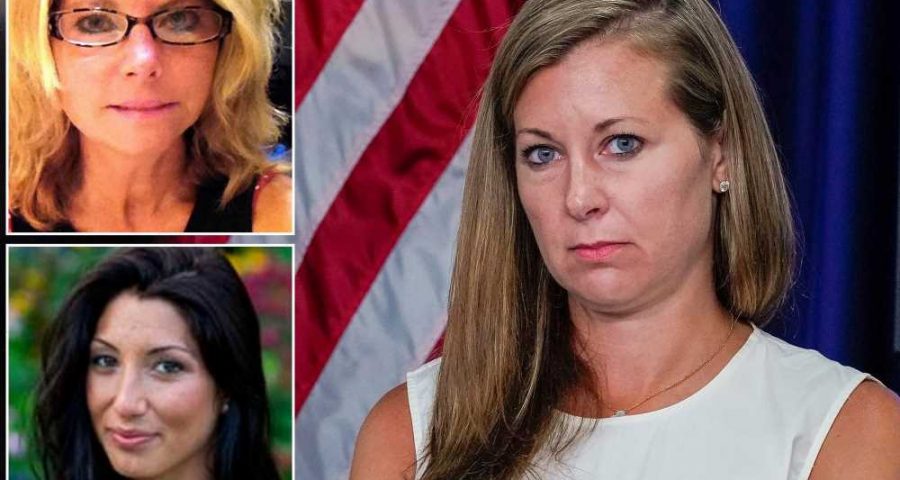 Women allegedly victimized by Gov. Andrew Cuomo called the resignation of his “enabler-in-chief” Melissa DeRosa a cowardly move Monday after the top aide announced her sudden departure amid criticism over her attempts to discredit the governor’s accusers.

“Ms. DeRosa was Cuomo’s enabler-in-chief and is jumping ship only when she sees no other way to save herself,” Alyssa McGrath and Virginia Limmiatis, two of the 11 women who Attorney General Letitia James found were sexually harassed by the governor, said through their attorney Mariann Wang.

“Her resignation isn’t enough: she still refuses to take responsibility for her role in Cuomo’s unlawful conduct,” Wang said.

DeRosa, 38, released a short statement Sunday night announcing she’d be stepping down from her post as secretary to the governor, the state’s highest-ranking appointed position, after James’ investigation revealed DeRosa played an active role in dismissing and discrediting the governor’s accusers. Cuomo has repeatedly denied any wrongdoing.

The statement didn’t mention the scandal or offer an apology and only noted the last two years had “been emotionally and mentally trying” and it was “the greatest honor” of her “life” to work for New Yorkers — an “opportunity” she’s “forever grateful” to have had.

Nowhere in James’ report does it state that DeRosa made any attempts to discredit McGrath or Limmiatis, but she did admit to leaking the personnel file of Cuomo’s first accuser, Lindsey Boylan, as a means to discredit her accusations.

DeRosa also played a part in circulating a proposed op-ed, originally drafted by Cuomo, that contained “personal and professional attacks” on Boylan, and worked to shield the governor from complaints made by former staffer Charlotte Bennett.

Bennett and Boylan didn’t return requests for comment, nor did the other accusers listed in James’ report.

Karen Hinton, who was not a primary accuser in James’ report but previously revealed Cuomo gave her an inappropriate hug in 2000, said DeRosa should’ve “apologized” in the statement and acknowledged the pain the governor’s accusers have gone through.

“She should have apologized, at the very least, for her own sanity as well as on behalf of the 11 women who’ve spoken out against the governor,” Hinton told The Post by phone.

“I think when you’re an enabler, to recover from that experience, you have to apologize and reckon with what you’ve done to move on.”

Hinton, a former press aide to Cuomo when he served as federal housing secretary under President Bill Clinton, said DeRosa’s statement “appeared to be hastily written without much thought.”

“She’s a communications expert, so I think it was written out from stress, from anxiety, from nerves, and she wanted to push away quickly, but she needs to come back and apologize and acknowledge what she went through,” Hinton said.

“I believe her resignation was in response to a series of critical news articles being written about her … the stress on her has become so heavy that she has to remove herself from the defense that’s underway now,” she said.

Hinton said DeRosa and her attorney are likely being very careful about commenting because she “could be brought up on [civil] charges” and any public acknowledgment of guilt or remorse could be used against her down the line.