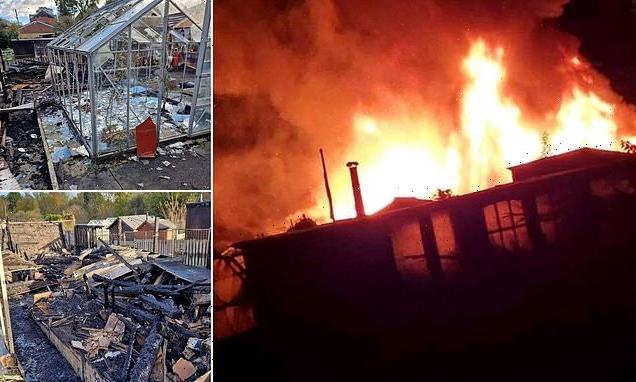 A grandfather has been left heartbroken after his beloved allotment was destroyed in a suspected arson attack – killing 30 of his chickens and ripping through a log cabin – days before his 70th birthday.

The plot in South Hylton, Sunderland, was Alan Walker’s ‘pride and joy’ before a fire razed it to the ground at around 5am on Friday.

Northumbria Police are now investigating the huge blaze, which engulfed the site and caused extensive damage before it was put out by the fire service, as suspected arson.

Mr Walker’s grandson Anth Bate, 21, said his grandad had visited the allotment every day since the death of his wife Valerie in 2011. 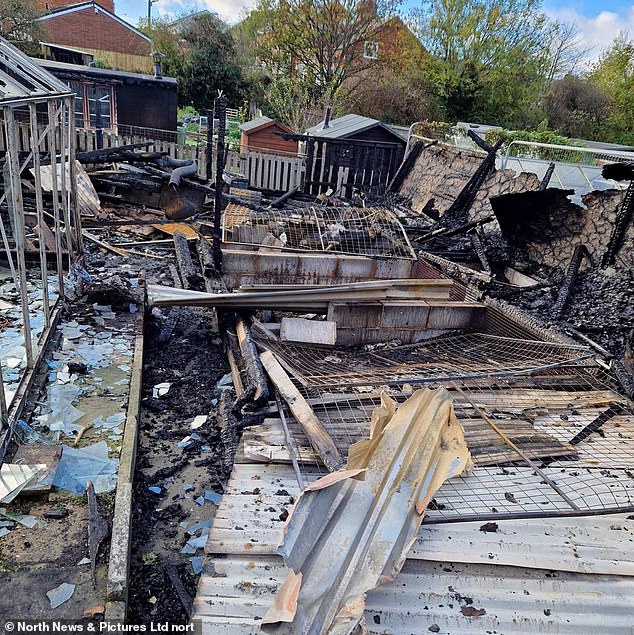 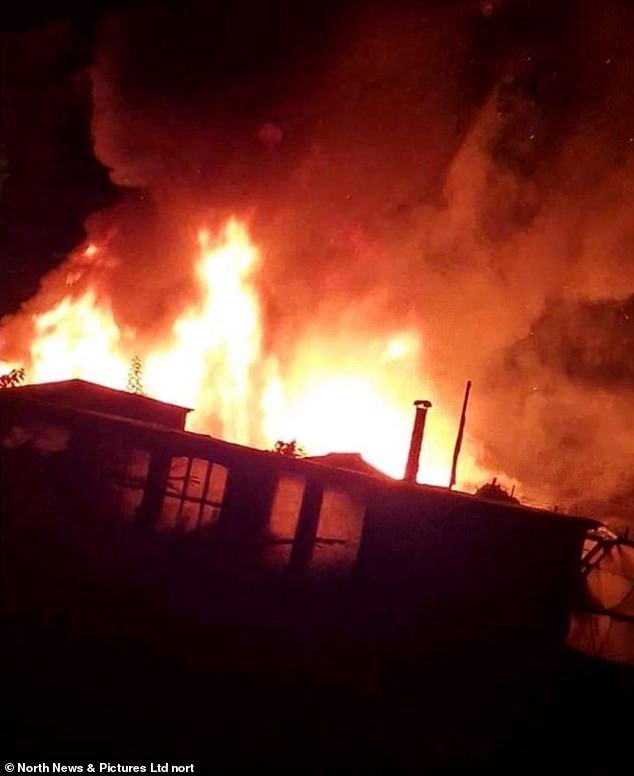 The huge blaze engulfed the site and caused extensive damage before it was put out by the fire service, as suspected arson

‘It’s been heart-breaking for us all,’ said the young man, who has set up a GoFundMe page to help rebuild.

‘It’s taken him more than five years to get it the exact way he wanted with his log cabin and he had said just days before the fire that he had finished it and now it’s all just gone like that.

‘He wanted to spend his birthday in his happy place and it’s been keeping him busy since Nana passed away. 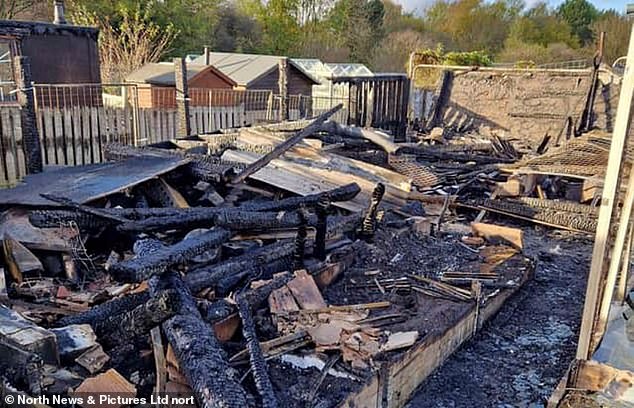 The plot in South Hylton, Sunderland, was Alan Walker’s ‘pride and joy’ before a fire ripped through it in the early hours of Friday 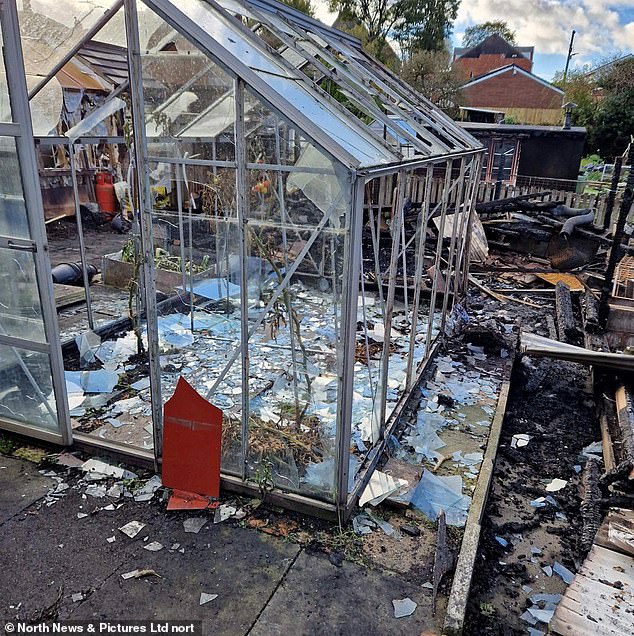 Mr Bate said that his grandad’s tools, a generator and a chopsaw had also been stolen from the site

‘It was his pride and joy. It’s awful, he’s more upset about the chickens than the place because he says it can be rebuilt, so that’s why I’ve launched the fundraiser to help out.’

Mr Bate said that his grandad’s tools, a generator and a chopsaw had also been stolen from the site.

The page has risen over £1,000 in just 24 hours, with the local community coming together to help the family rebuild.

Mr Bate, who works at Hays Travel, added: ‘Everyone has been so supportive.

‘We’ve had people asking if they can help tidy up and rebuild the allotment and even some offering things like a new generator. 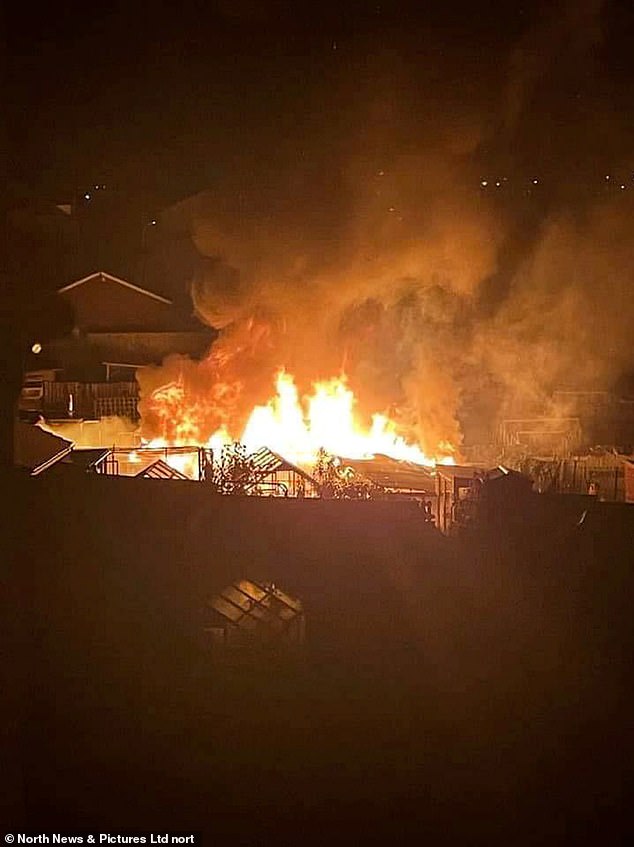 ‘We’re so overwhelmed by the generosity and kindness of people, we really appreciate everybody’s support.’

A Northumbria Police spokesperson said: ‘Shortly after 5am on Friday (November 4) we received a report from Tyne and Wear Fire and Rescue Service of a fire at allotments at Pottery Lane, South Hylton, Sunderland.

‘The fire was extinguished and an investigation is now underway to establish the cause.

‘At this stage, we are currently treating the cause of the fire as suspected arson.

‘Anyone with information regarding the fire is asked to contact police via the ‘Tell Us Something’ page of our website using reference number NP-20221104-0142.’