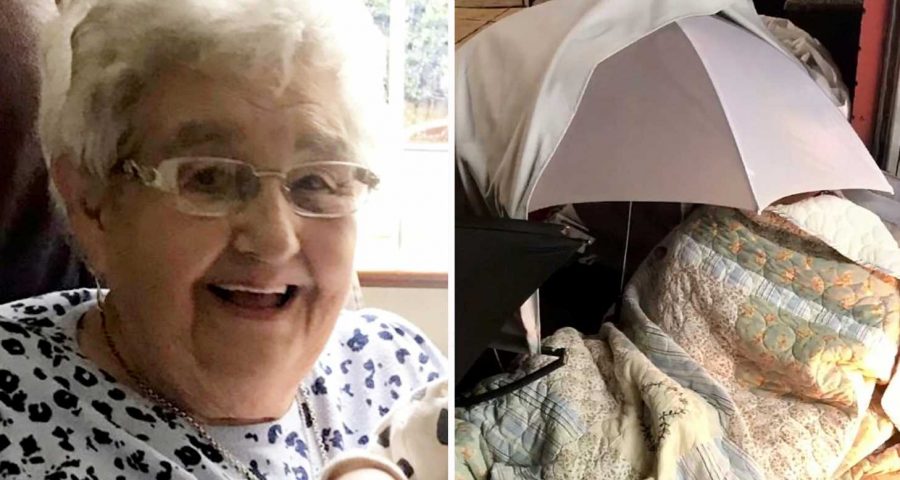 A GREAT-gran was left lying on the ground in agony in the pouring rain for nine hours until 10pm waiting for an ambulance.

Rita Tonks, 87, was left in excruciating pain when she collapsed on her driveway while trying to get to her garage at around 12.50pm last Monday. 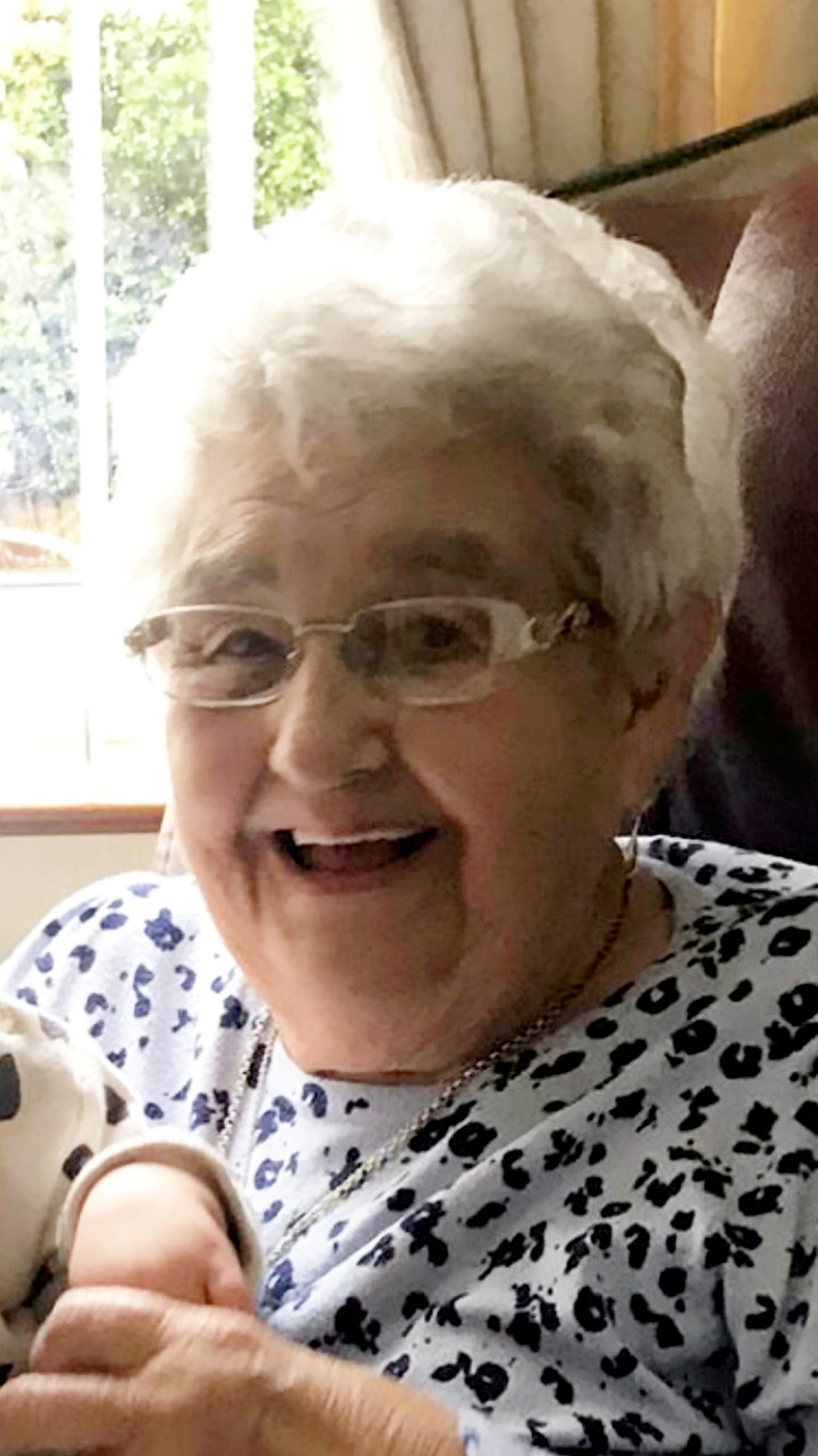 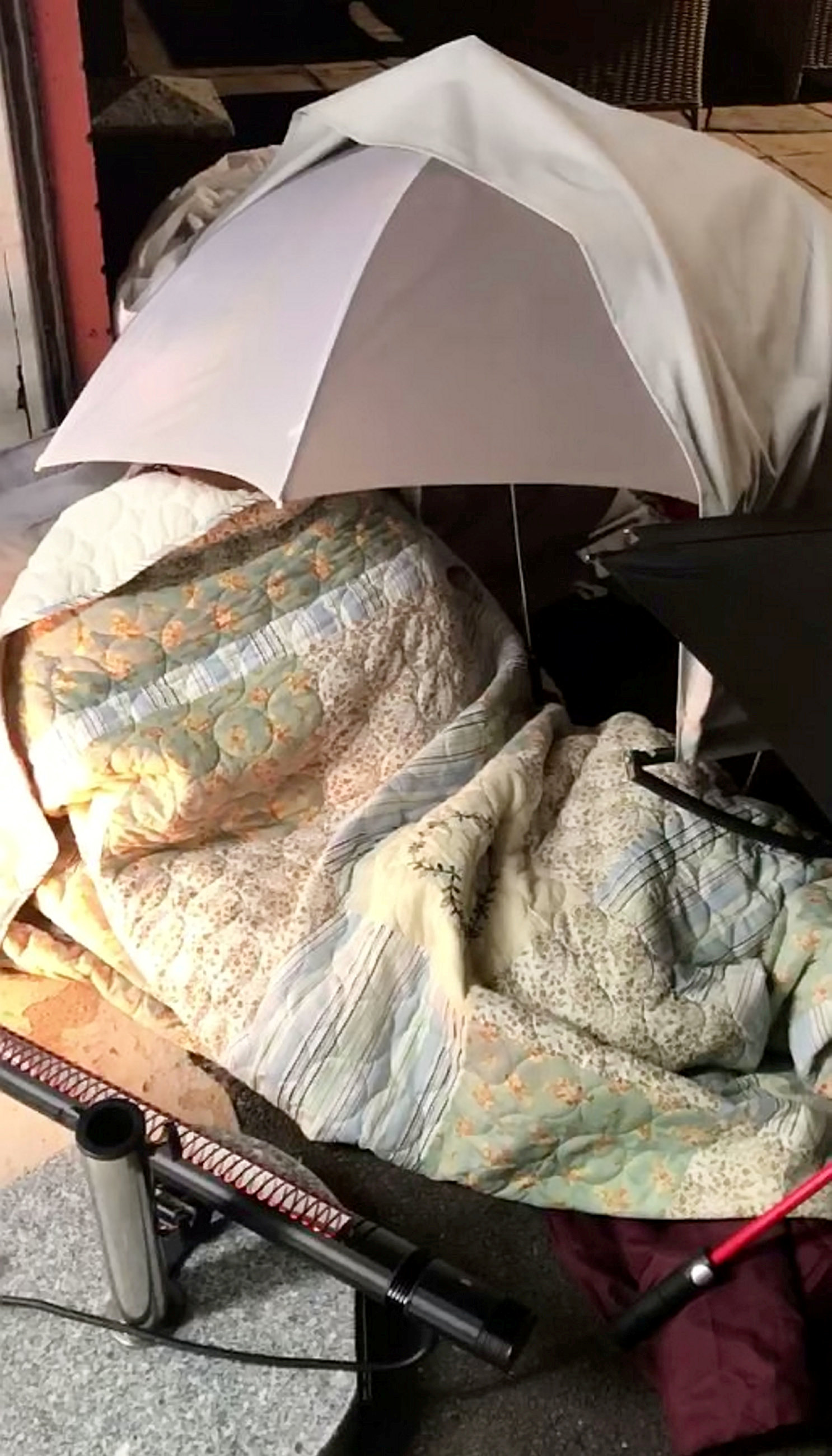 Neighbours heard Rita screaming for help and rushed over with a patio heater, umbrellas and duvets to keep the retired council worker warm as her son dialled 999 at 1.15pm.

Paramedics finally arrived at the property at 10pm and Rita was taken to Telford's Princess Royal Hospital where she underwent a partial hip replacement.

Shocking footage has emerged showing Rita lying stricken on the cold and wet driveway in the torrential rain as she waited for an ambulance to arrive.

Her son Steve Tonks, 63, has now blasted the unacceptable delay.

He said: "She waited on the cold and wet driveway – it was pouring with rain. The ambulance service had advised not to move her.

"We called back once and were told they were busy and they were aware of my mother, the second time we phoned they even told us not to call them again.

"When it started getting darker we phoned for a third time and were told the next ambulance would be on its way.

"But it was still another hour after that before they arrived."

He added: "We are so disappointed and quite frankly angry at what happened. It's disgraceful.

"Nobody should be forced to wait outside in inclement weather for nine hours – especially a woman of her age."

Steve said his mother had been waiting more than a year to have an operation to replace her knee.

Rita had one replaced in September 2019 and was due to have an operation on her right knee six months later.

He added: "The pandemic delayed the surgery and it was her right knee that gave way and caused the fall, so the delays have exacerbated the problem.

"She will probably have to wait another year before she has that surgery and I don't think it's right my elderly mother should live in pain for the remainder of her life.

"Routine operations have been delayed by the pandemic and we're looking at a broken healthcare system as they still seem to be in suspended animation.

"It's heartbreaking to know that she may go to her grave in pain without having that operation."

Great-grandmother-of-two and gran-of-two Rita is now recovering in hospital after being given a partial hip replacement.

West Midlands Ambulance Service has since apologised for the delay and said they remain under "severe pressure".

"Paramedics in our control room spoke to the caller with the patient on several occasions to check whether her condition had changed.

"Less than half of our patients are taken to hospital, but we continue to work with all local NHS partners to reduce delays so crews can respond to the next incident as quickly as possible."

Nigel Lee, chief operating officer at Shrewsbury and Telford Hospital NHS Trust said: "Our hospitals continue to be under extreme pressure, with very high levels of demand for urgent care and the ongoing impacts of Covid-19.

"This is unfortunately effecting patients requiring other treatment, including some planned or elective surgery, for which we apologise.

"We are continuing to work with our health partners at the Robert Jones and Agnes Hunt Orthopaedic Hospital to treat as many orthopaedic patients as possible, including those facing the longest waits.

"We are also taking steps to increase bed capacity at RSH to support the restoration of more elective surgery as quickly as possible." 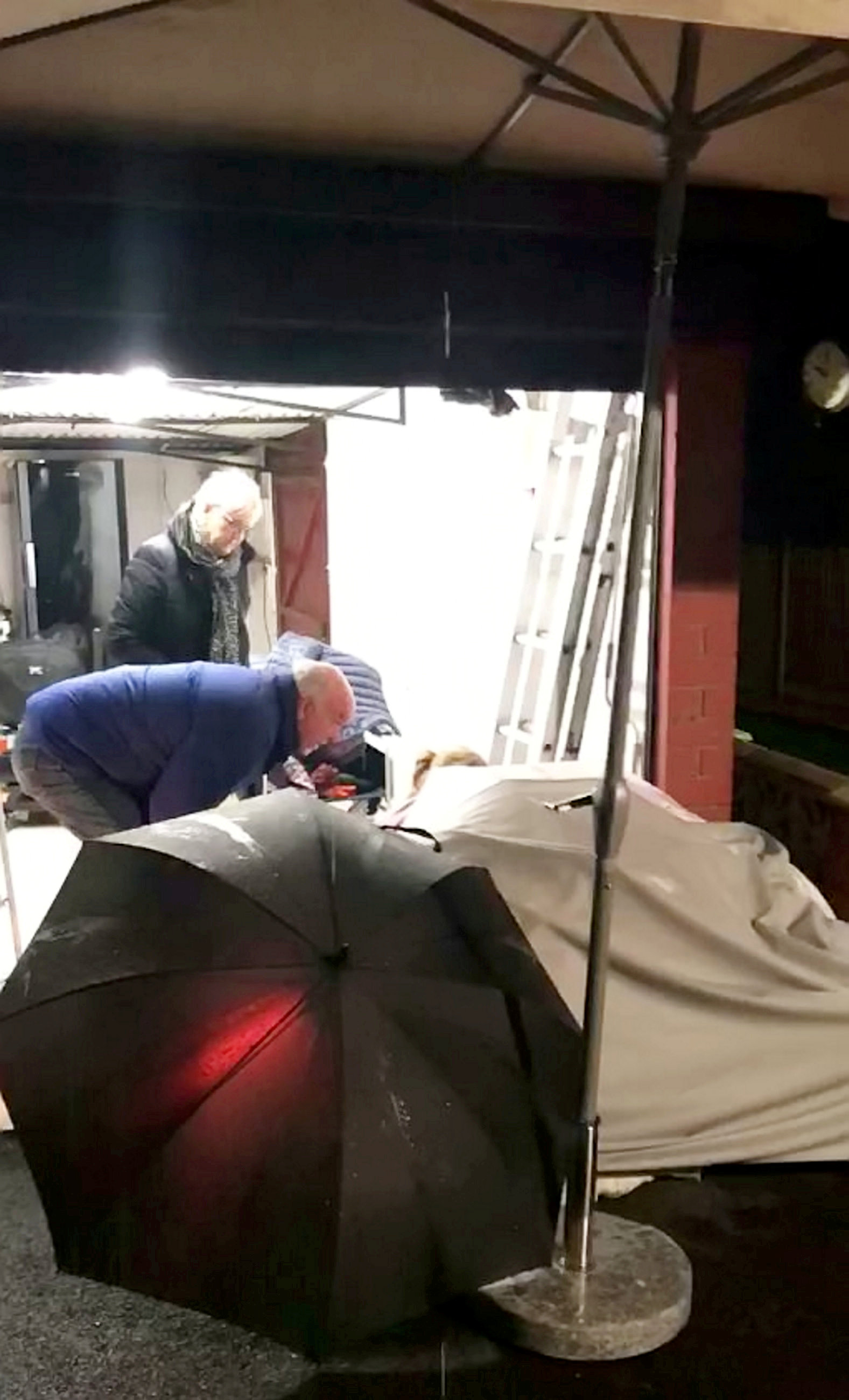 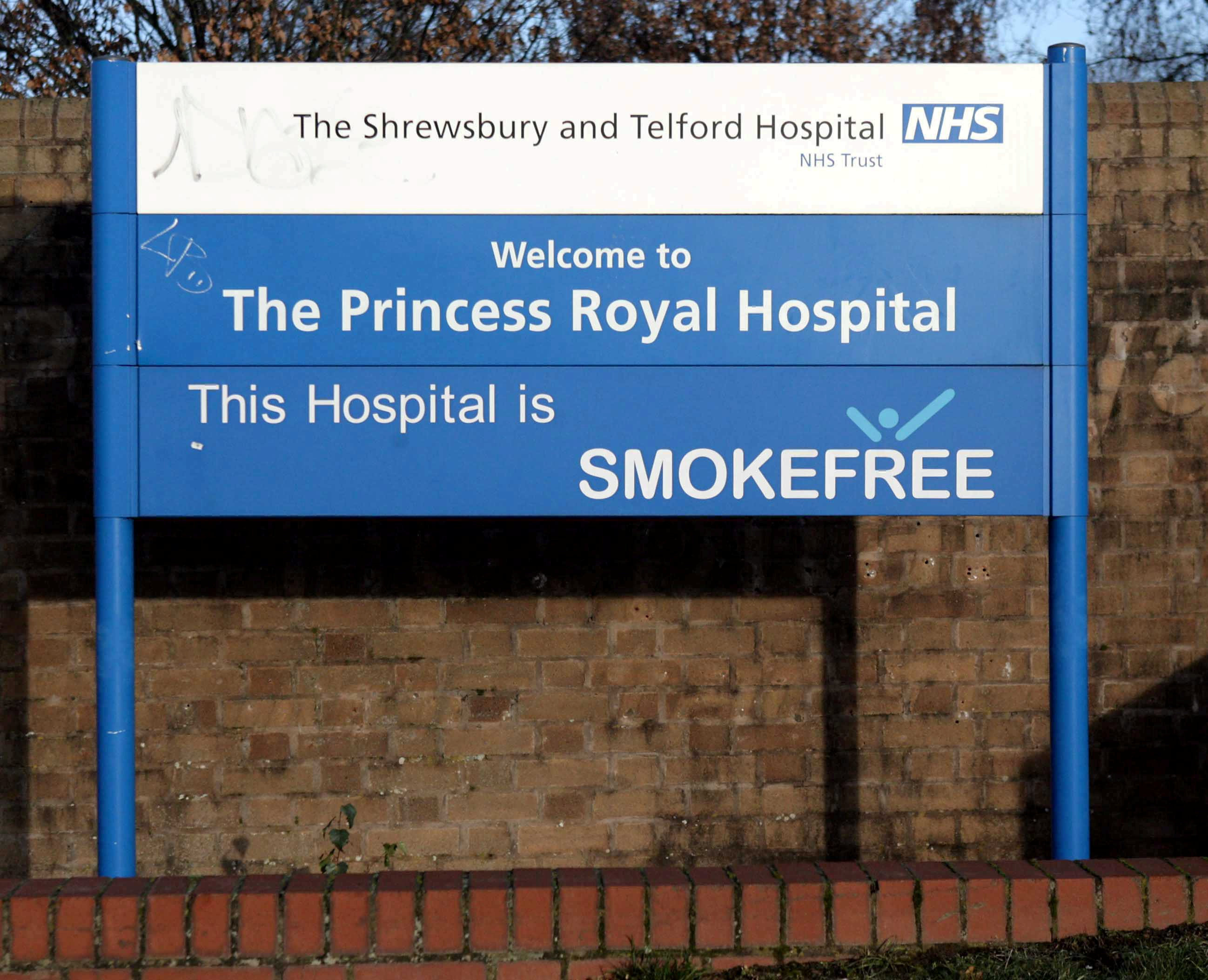