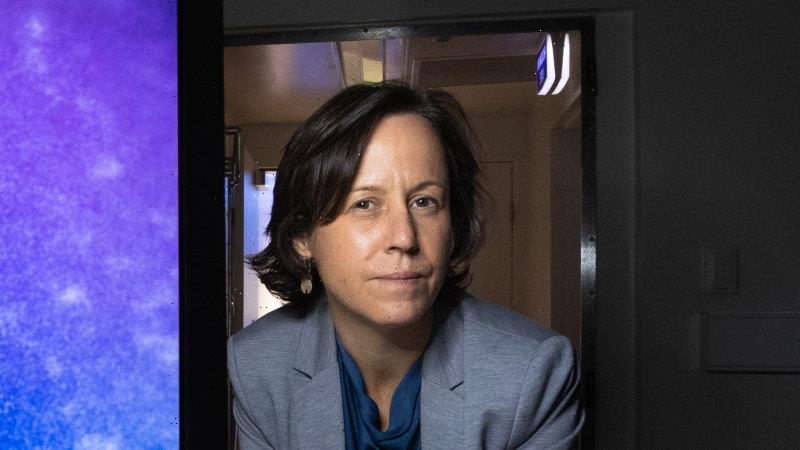 A fireball spewing lava-like flames burns in a sea of turquoise.

Is it a planet? An underwater creature? No. The glowing orb in this image is one cell of the COVID-19 variant, Omicron. 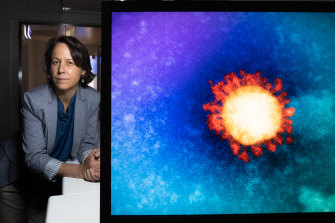 Scientist Deborah Williamson at the Doherty Institute with an electron microscope image of the SARS-CoV-2 omicron variant of the coronavirus. Credit:Jason South

Looking through a microscope at the Peter Doherty Institute for Infection and Immunity in Melbourne a couple of weeks ago, Professor Deborah Williamson saw the gremlin for the first time.

“It doesn’t happen by magic,” said Professor Williamson, head of the Victorian Infectious Disease Reference Laboratory, which is growing the new COVID-19 variant. “It’s built on decades and decades of scientific expertise.”

Like scientists the world over, microbiologists at the Doherty are working to grow and study Omicron – the highly transmissible strain spreading its tentacles across the country and threatening to steal people’s Christmases, Grinch-like, after a nearly two-year pandemic.

The scientists are growing the Omicron virus so they can check it against their diagnostic tests, work out how well antibodies neutralise it and gauge how it responds to antiviral drugs.

The Doherty Institute is one of only a handful of laboratories across the region that can do viral culture, along with the Kirby Institute in Sydney that has also been growing Omicron. The Doherty was the first lab in the world, outside of China, to grow COVID-19 in early 2020.

These viruses can only be grown in very secure laboratories, by highly trained scientists who must wear specialised personal protective equipment.

Within hours of South African scientists raising the alarm in November about a new variant with 50 or so mutations, Doherty scientists started preparing to grow it.

“We know that this virus doesn’t respect borders, it doesn’t understand usual boundaries,” said Professor Williamson, who is a clinical and public health microbiologist. “We knew it was inevitable that it would seed across the globe.” 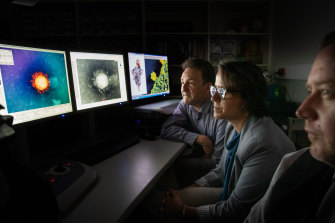 Professor Williamson’s team got the variant’s genomic sequence data from South African labs and once it was growing, checked that it was recognised by a series of diagnostic tests, including a range of PCR tests and antigen tests. Omicron was picked up. They breathed a sigh of relief.

Once Australians became infected with the variant, the Doherty team were able to grow Omicron on-site and study it further.

As if watching a seed sprout, Professor Williamson saw the virus grow. Inside a test tube, it ate away at infected human cells.

She observed a process called the cytopathic effect where cells shrivel up, becoming small and round. They separated from the tube’s plastic walls.

“They go from being highly regular to taking on irregular shapes,” Professor Williamson said.

This is the process of infection: the virus invades human cells as it seeks to replicate itself and survive. But there was something unusual at play.

“Normally, a virus might take anywhere between 24 and 72 hours or so to grow in cell culture, but this one is looking to be at the upper end of that,” Professor Williamson said. “It seems to be quite unusual.

“Compared to the Delta variant, it seems to be a little slower to grow.

“And we’re not quite sure why – it may be due to the constellation of mutations in the spike protein. This is actively being studied in our lab and many others.”

Down the corridor from Professor Williamson’s lab, the COVID-19 variant grown by her team is being tested in a different way.

Professor Kanta Subbarao, director of the WHO Collaborating Centre for Reference and Research on Influenza, wants to see how well the immune response shields people from Omicron.

Professor Subbarao is part of a global team that recommends changes in the composition of the flu vaccine every year, and has spearheaded leading work on immune responses to SARS, MERS and COVID-19. She is trying to study the antibody response needed to block infection from Omicron. 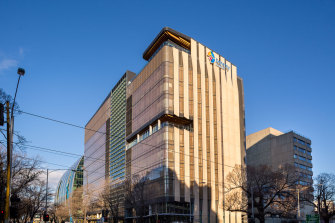 Her team mixes the virus with blood samples from vaccinated people, those without the jab, or people who have recovered from infection, to determine whether they contain the types of functional antibodies needed to shield them from the virus.

“If there isn’t enough antibody to neutralise the infectivity of the virus … people will be at risk of more severe COVID-19 illness,” Professor Subbarao said.

“But if you make a neutralising antibody response, it’s really good news. And very often that correlates with protection.”

Professor Subbarao only received the Omicron isolate several days ago, and can’t yet report major findings.

But early data from South Africa, Britain and the US suggests that antibodies made after infection or vaccination with the previously circulating strains are less effective against Omicron than they were against the original Wuhan strain, she said.

“I don’t expect the answer to be zero neutralising activity, but I expect it to be quite a bit lower than against the original strain.”

But Professor Subbarao is cautiously optimistic about some things and believes we are close to being able to check, via a blood test, whether we have enough antibodies to protect us against a new variant.

“We’re not there yet. But we have a lot of hints and there’s a lot of research into this area,” she said.

Soon, her lab will test Omicron in samples from people who have had boosters. She has high hopes.