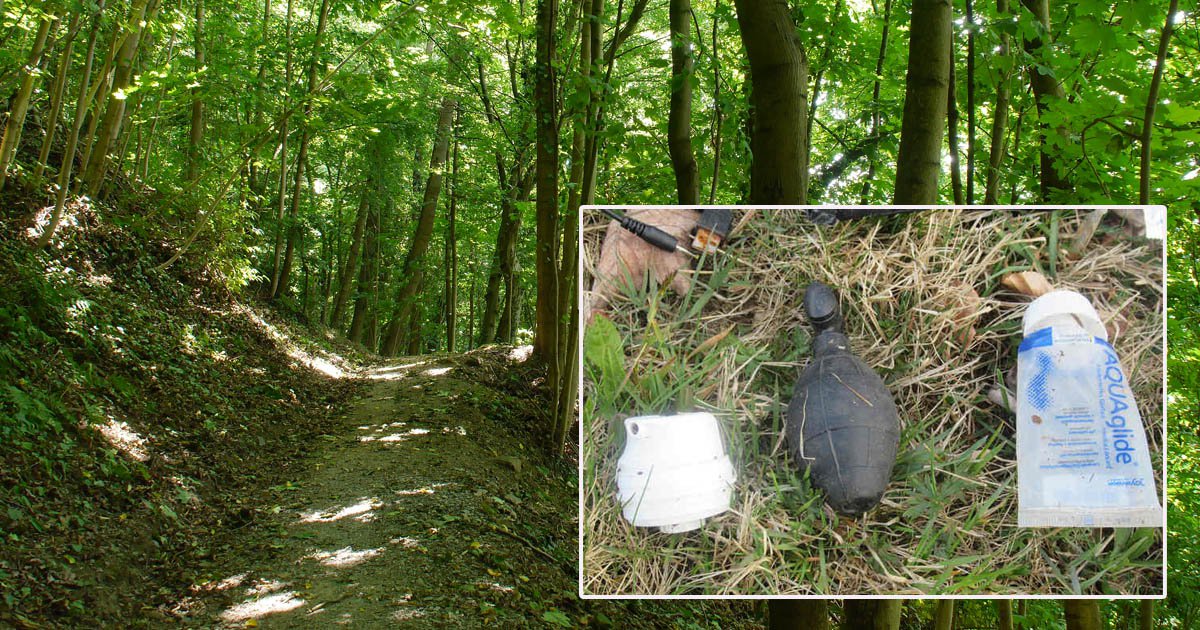 The bomb squad was called to reports that a hand grenade had been found in a German forest but discovered a very different kind of device.

The potential explosive turned out to be a rubber sex toy which had inexplicably been abandoned in the woods.

A jogger reported finding a bag containing the device on Monday in a forest outside the city of Passau, near Germany’s borders with Austria and the Czech Republic.

But when the police bomb squad arrived and inspected the contents of the bag, they determined it was a rubber grenade replica.

The condoms and lubricant in the bag provided a few more clues about the grenade’s intended use, police told German news agency dpa.

‘An internet search confirmed the suspicion. There are actually sex toys in the form of hand grenades,’ police said.

It’s thought the owner of the items had been trying to throw them away, without putting them in a bin.

The discovery of forgotten or hidden munitions is still a regular occurrence in Germany more than 75 years after the end of World War II.

Last week, builders in the city of Mannheim, southern Germany, uncovered a 1,100-pound World War II-era aerial bomb at the site of a former US military base.

Around 3,000 people had to be evacuated from the area as police defused the device.

Get in touch with our news team by emailing us at [email protected].