HAUNTING photos show the orange skies and the charred devastation caused by the wildfires that have plagued the West Coast.

The hellish flames have ravaged communities in California, Washington and Oregon – killing at least 24 people and razing some 4.4 million acres of land as an estimated 500,000 people have been forced to evacuate areas impacted by fires in Oregon alone. 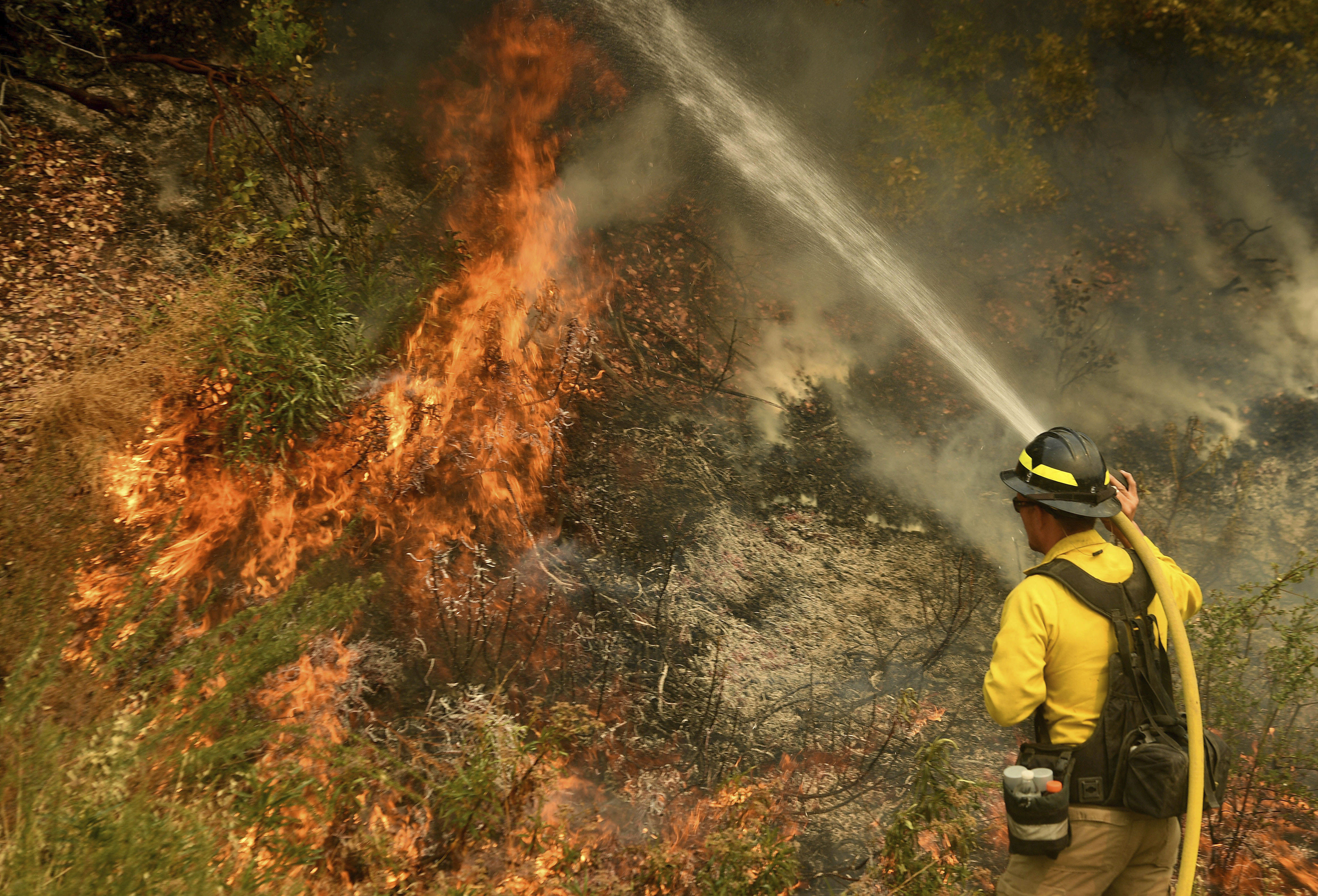 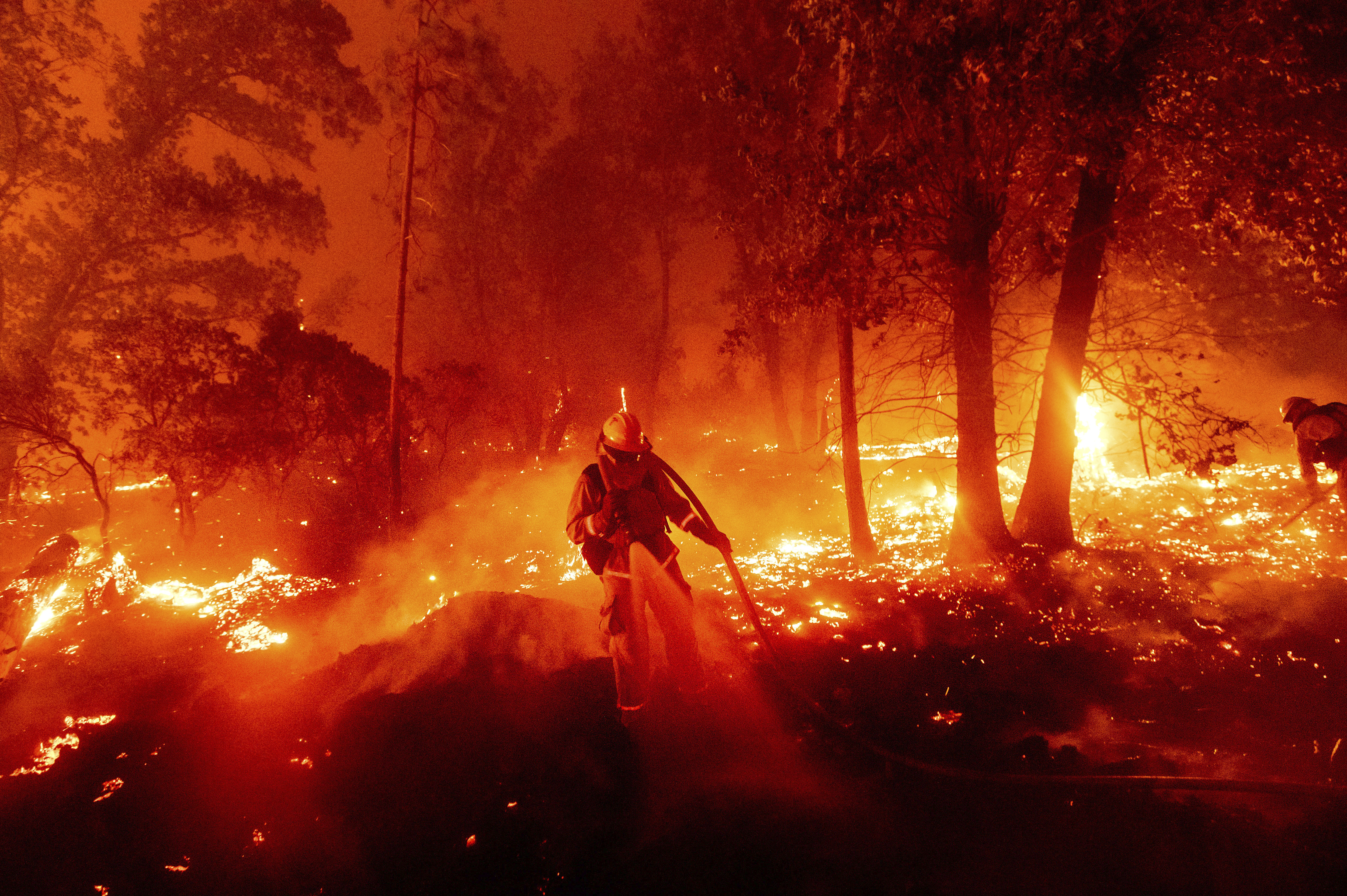 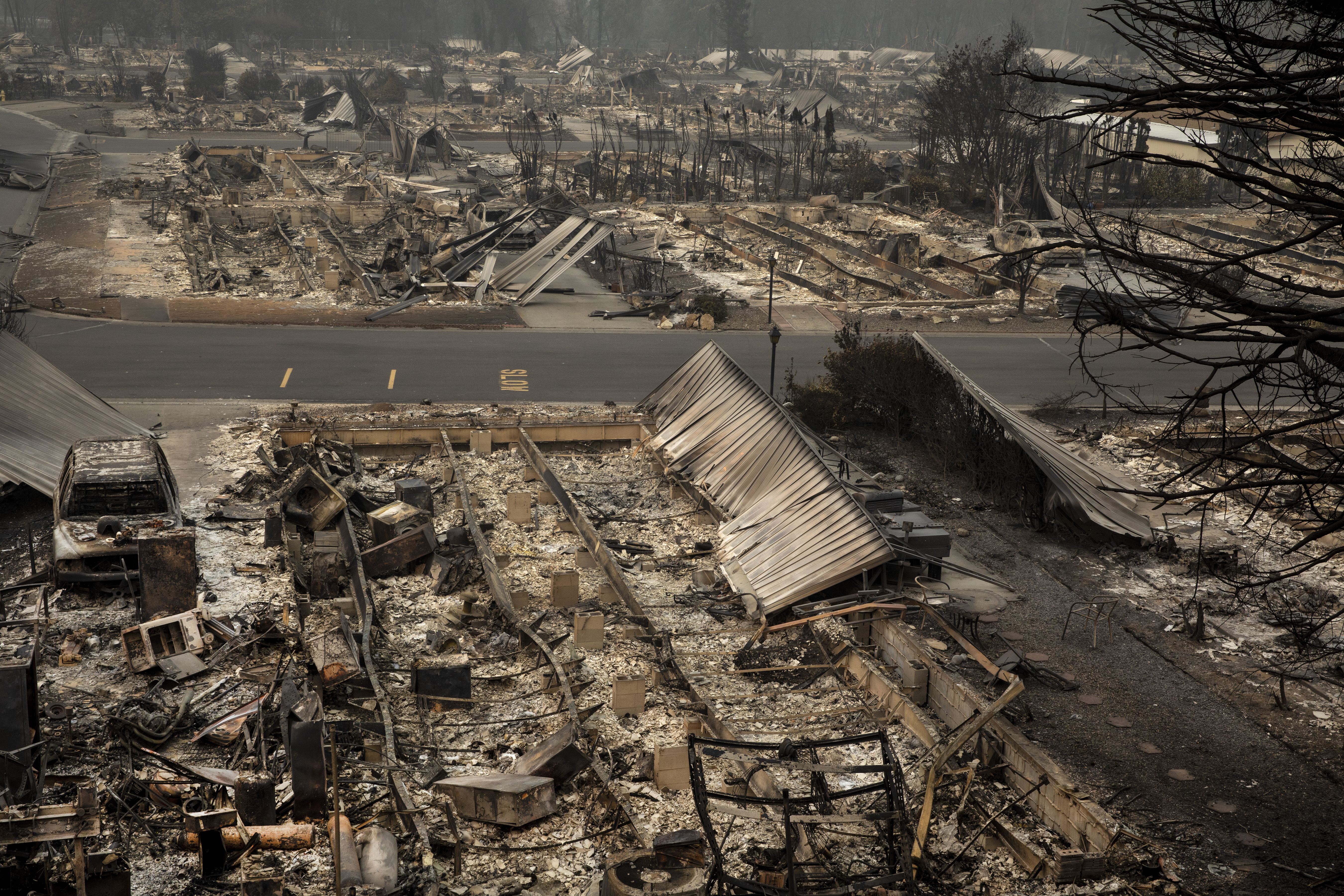 One emotional image shows Desiree Pierce covering her mouth in shock as she gazes at the ruins of her Talent, Oregon home which was destroyed by the Alamada Fire.

"I just needed to see it, to get some closure," Pierce told the Associated Press. 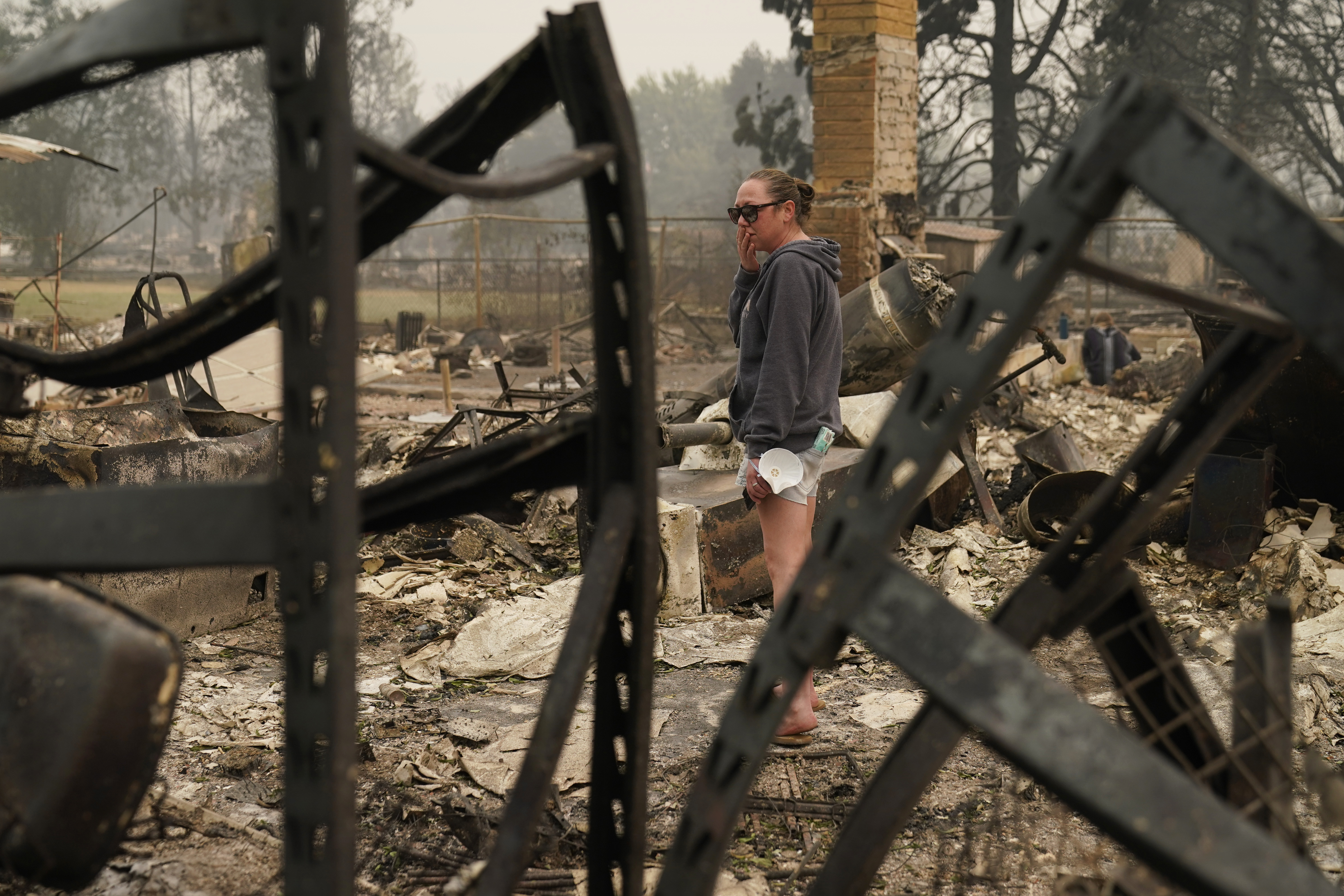 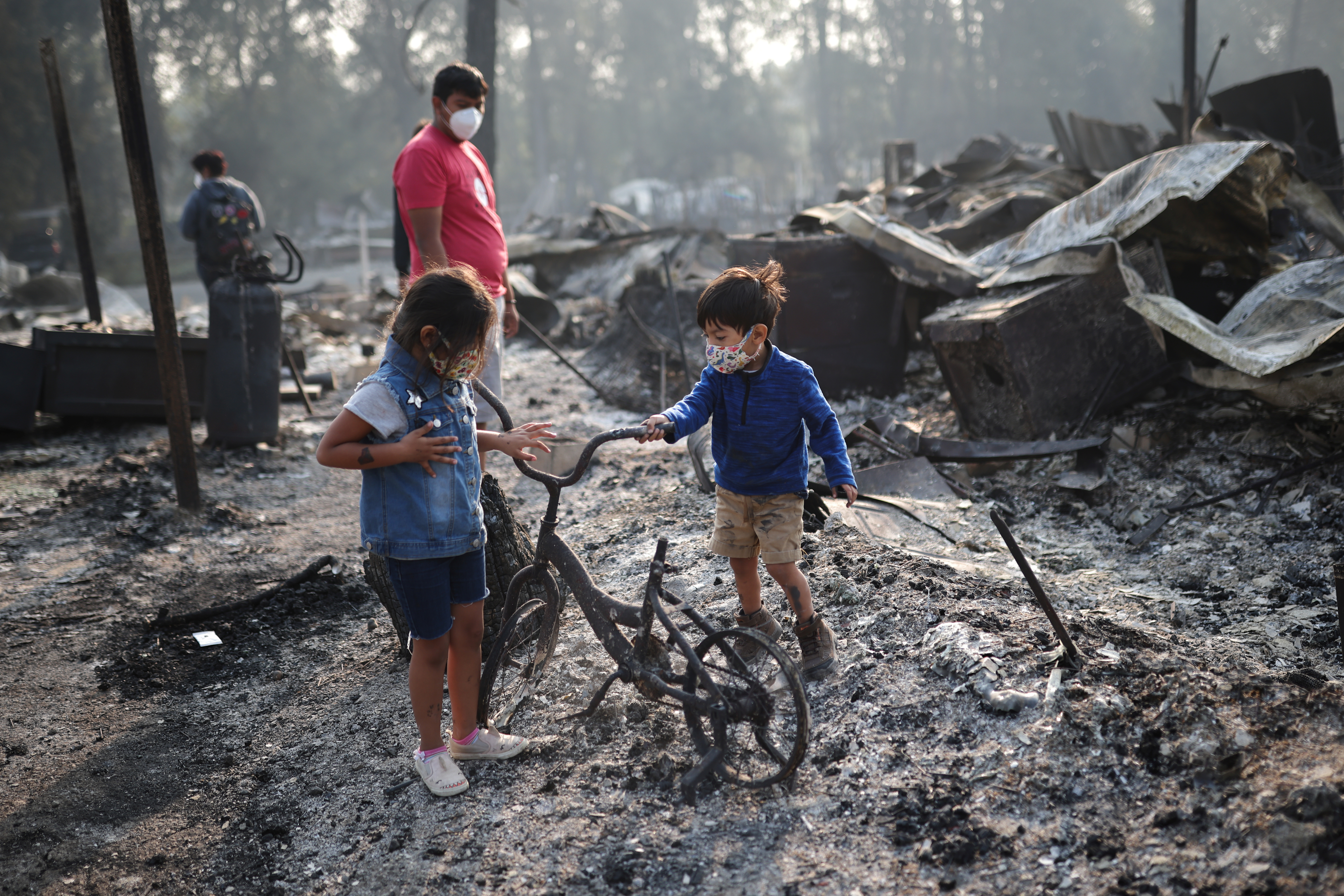 Beams of metal protrude from among the rubble in many of the apocalyptic photos, with not much else recognizable in the photos.

Eden McCarthy pets her dog Hina for comfort as she looks at the destruction of her Talent home, in one picture taken on Thursday. 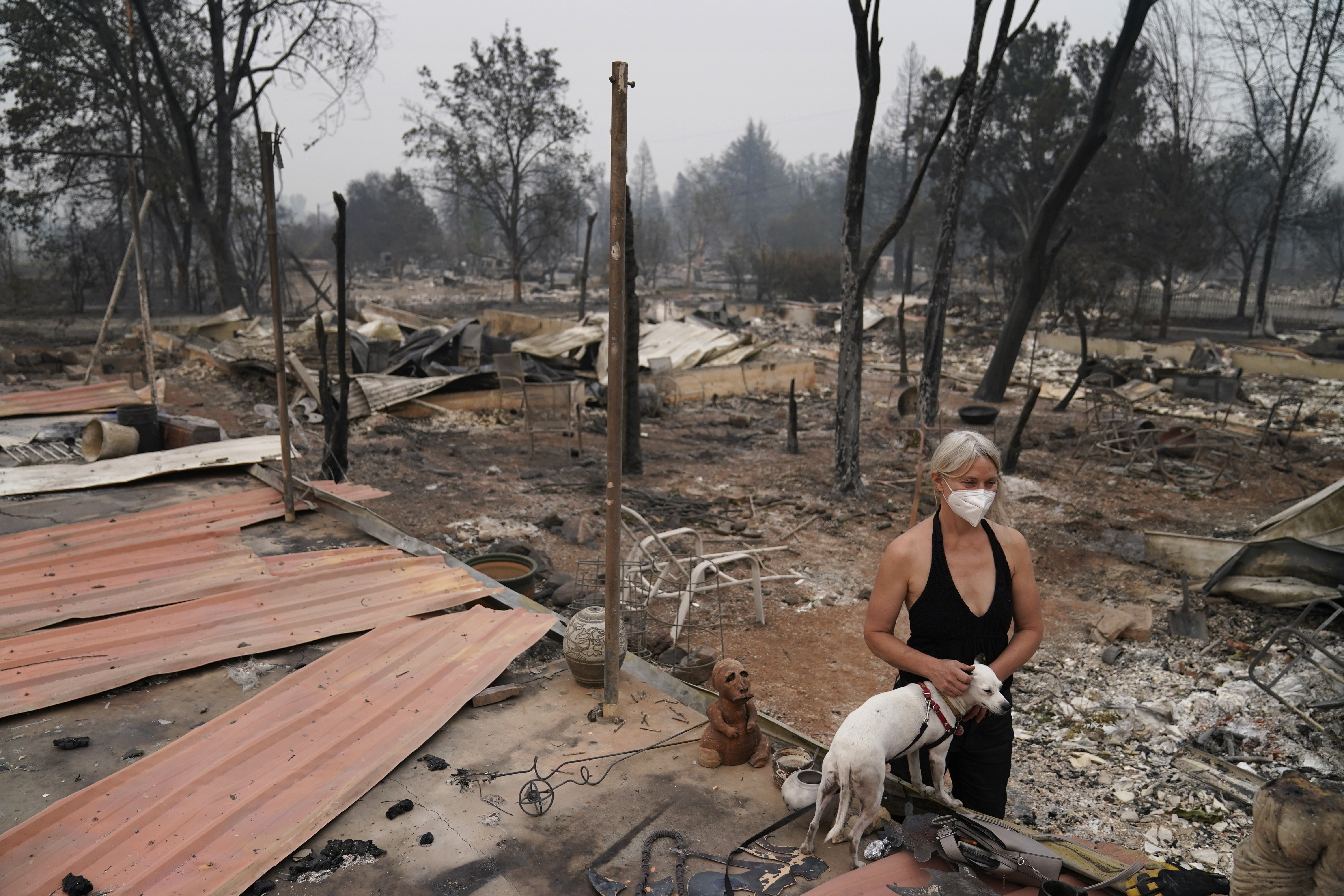 Another picture shows an American flag patriotically flying on Friday in front of a Phoenix, Oregon neighborhood destroyed by the fire with an ashen sky darkening the photo. 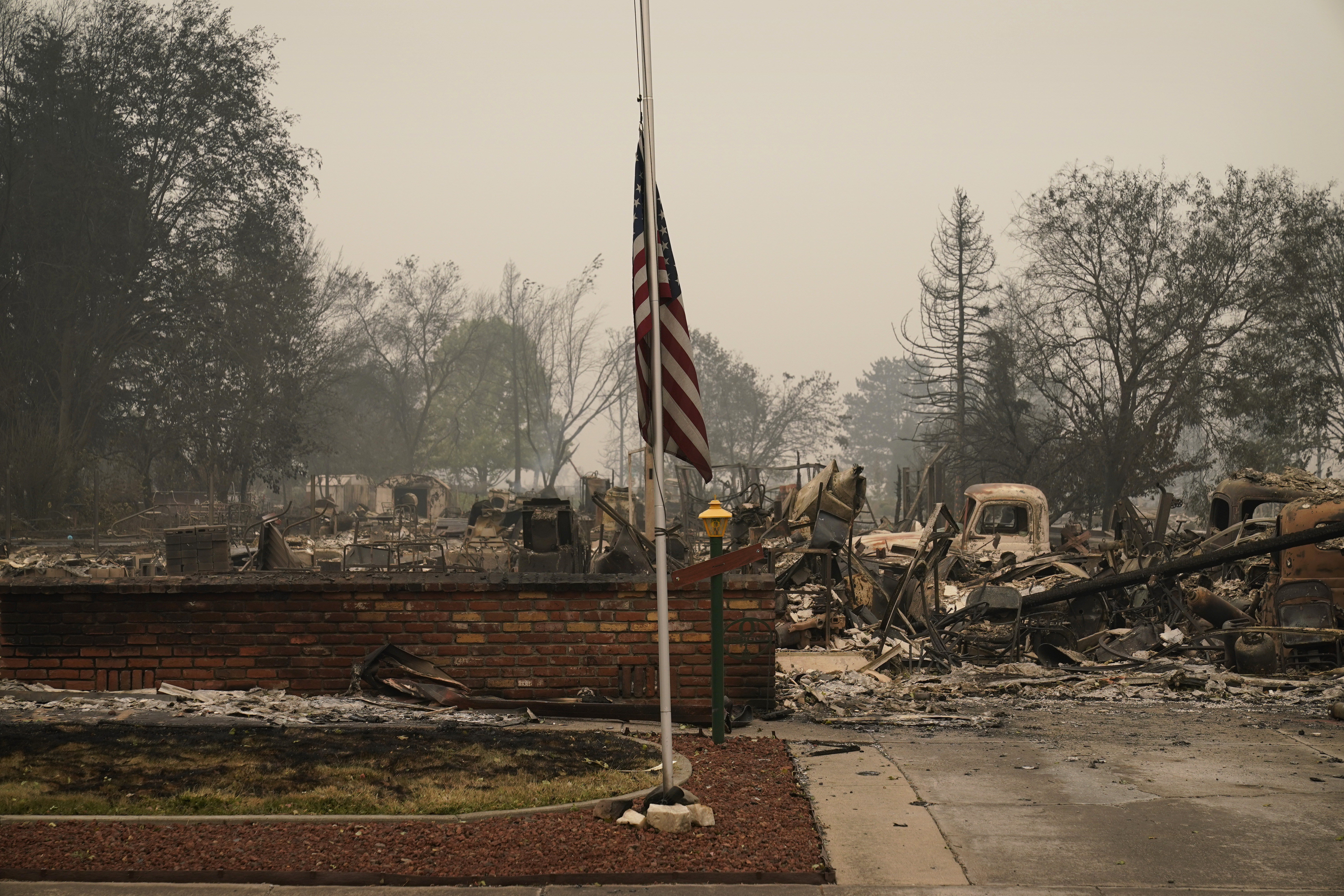 In multiple photos, lone cars that seem to have escaped the wrath of the blaze are seen sitting in parking lots with pink fire retardant adding an eerie hue to the images. 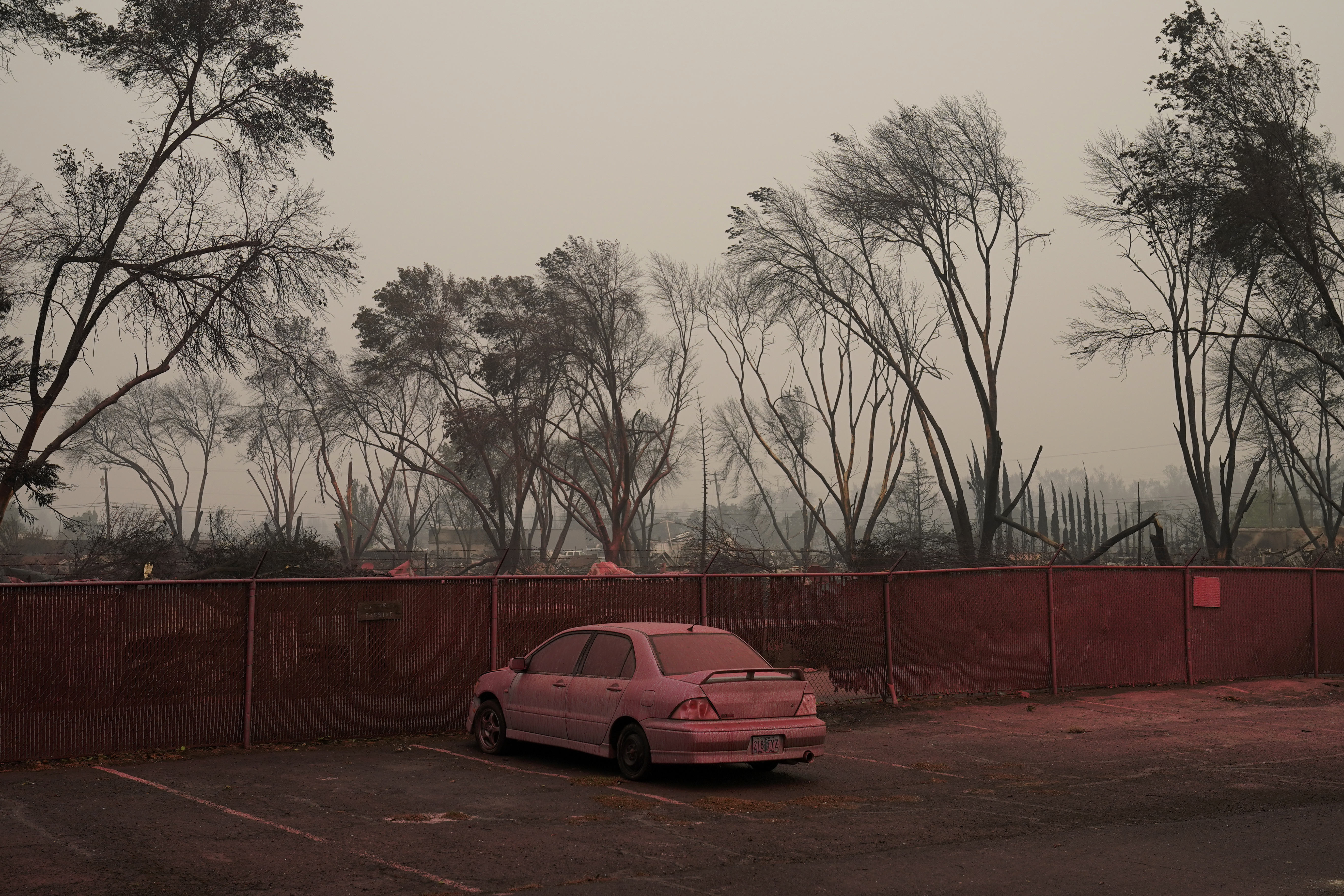 But another picture shows the skeleton of a vehicle sitting between the guts of two homes in the Pheonix, Oregon’s Bear Lakes Estates neighborhood. 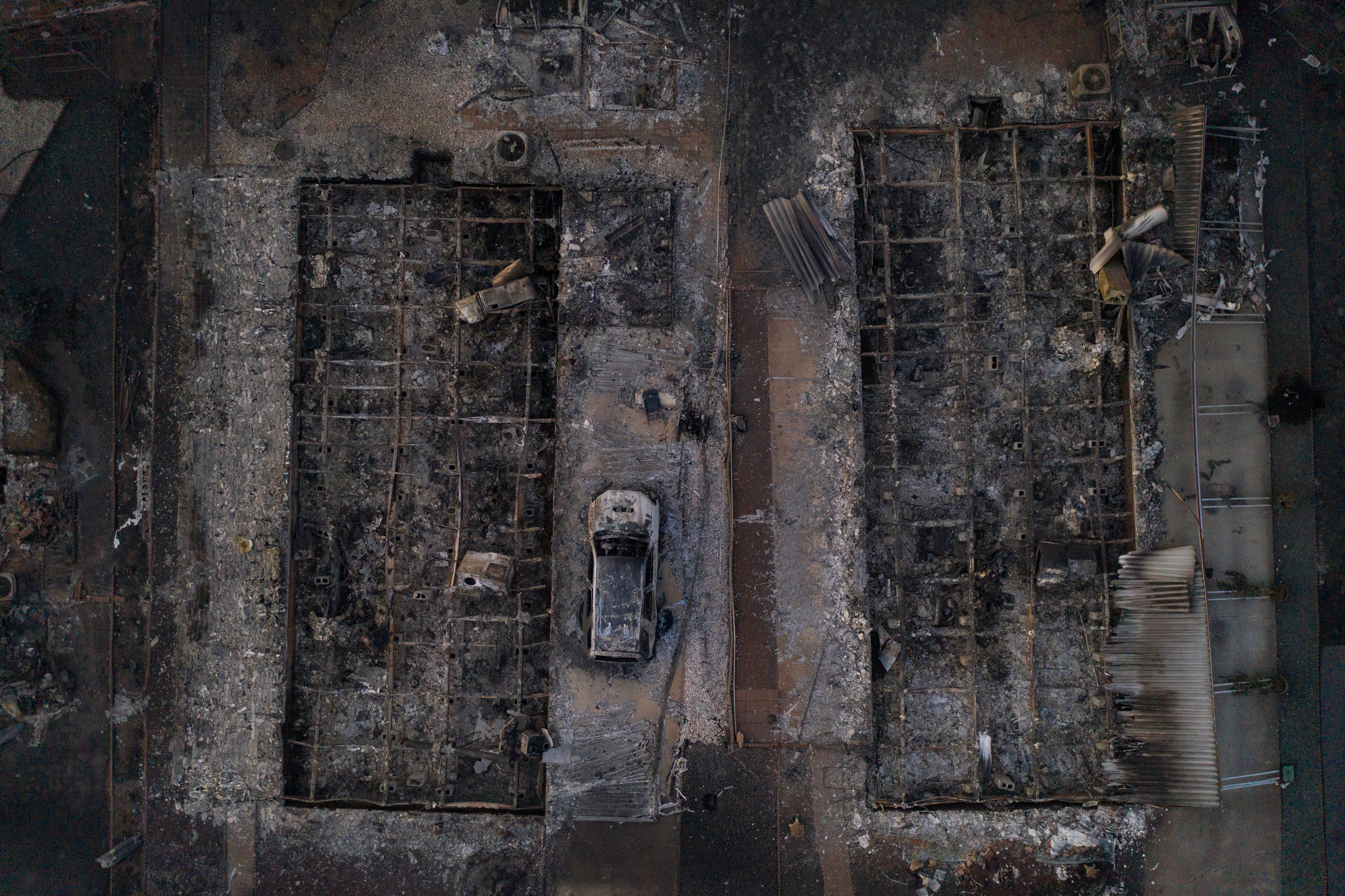 Aerial shots show just how devastating the fires have become, with one drone image showing an entire mobile home park that was destroyed by the fires.

Fanned by 50mph winds, flames have cast orange and red hazes over cities and show no sign of abating as firefighters continue a desperate battle to contain the fires.

Images show heroes dashing into the heat while another pictures a firefighter rubbing his head as he watches a fire spread through the Berryessa Estates neighborhood of unincorporated Napa County, California. 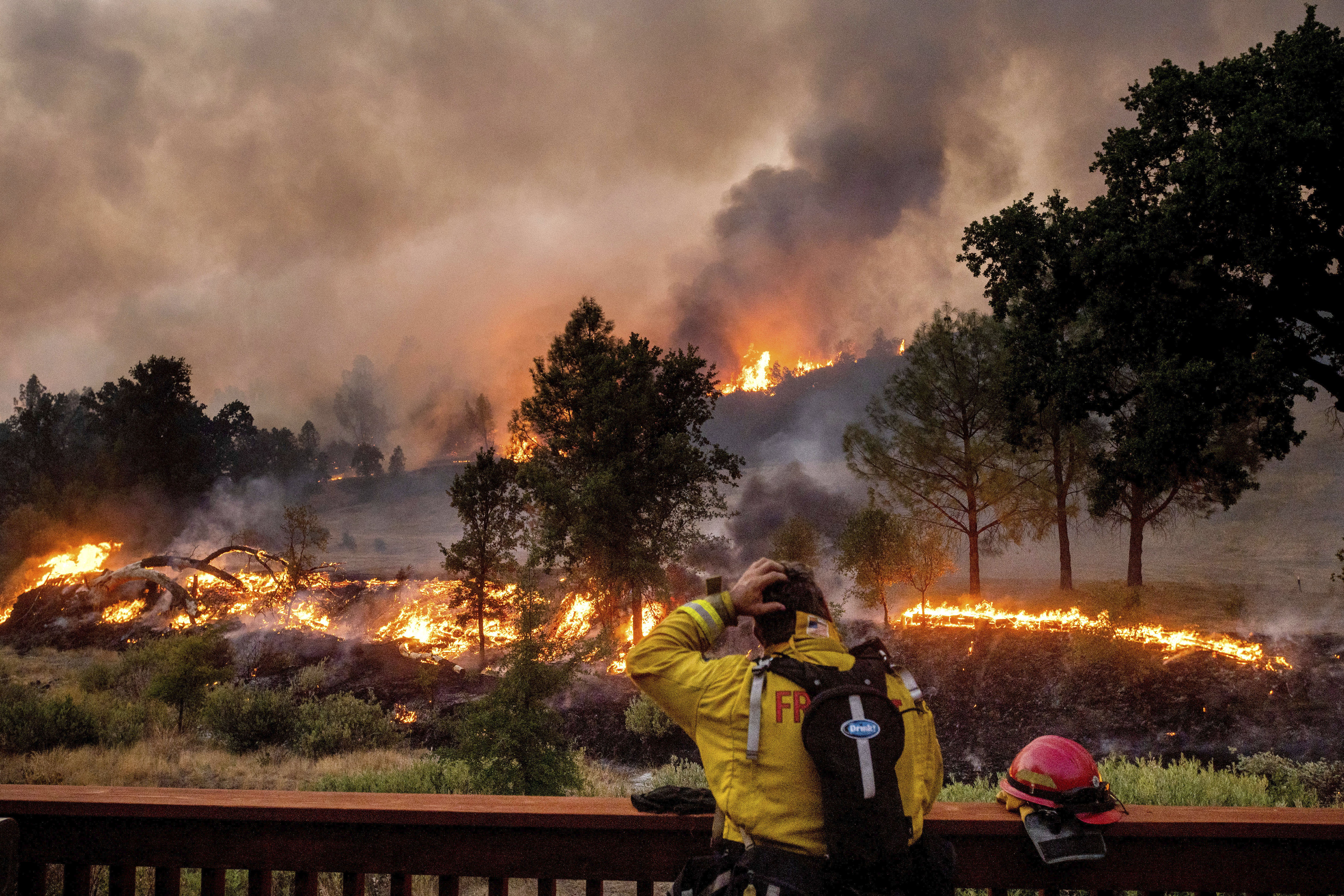 But officials have also had to battle misinformation in addition to the brutal blazes.

Rumors have been spreading through unsubstantiated social media posts that the fires have been caused by arsonists on both the far-right and far-left realms of the political spectrum, AP reported.

The FBI, however, said Friday that it has investigated several of the claims and found them to be untrue, the outlet reported.

“It is hot, dry, and fire spreads quickly in those conditions. There is nothing to show its Antifa or Proud Boys setting fires,” firefighter Matt Lowery wrote Thursday night on the Facebook page for the East Pierce Fire & Rescue union south of Seattle.