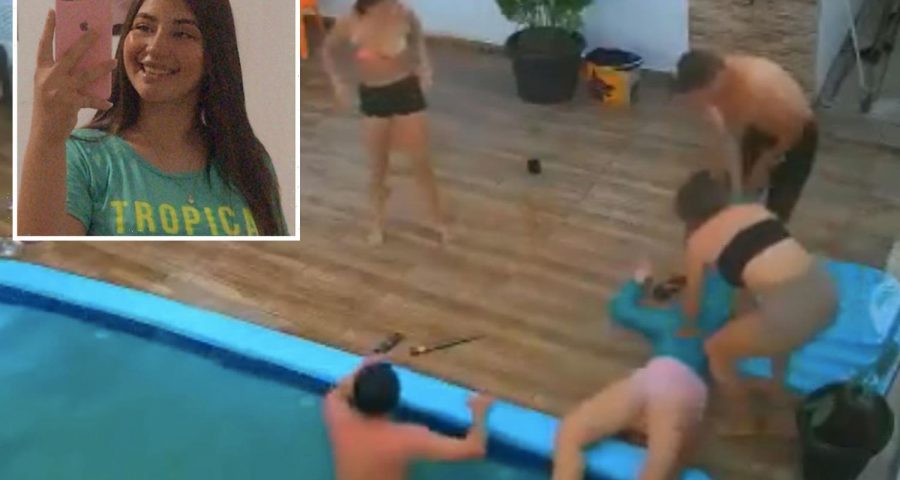 THIS is the heart-stopping moment a teenage girl was dragged underwater for TWO MINUTES after her long hair got caught in a swimming pool filter.

The traumatised 13-year-old narrowly escaped death as her quick-thinking family chopped at her hair using a knife to free her before hauling her out of the water. 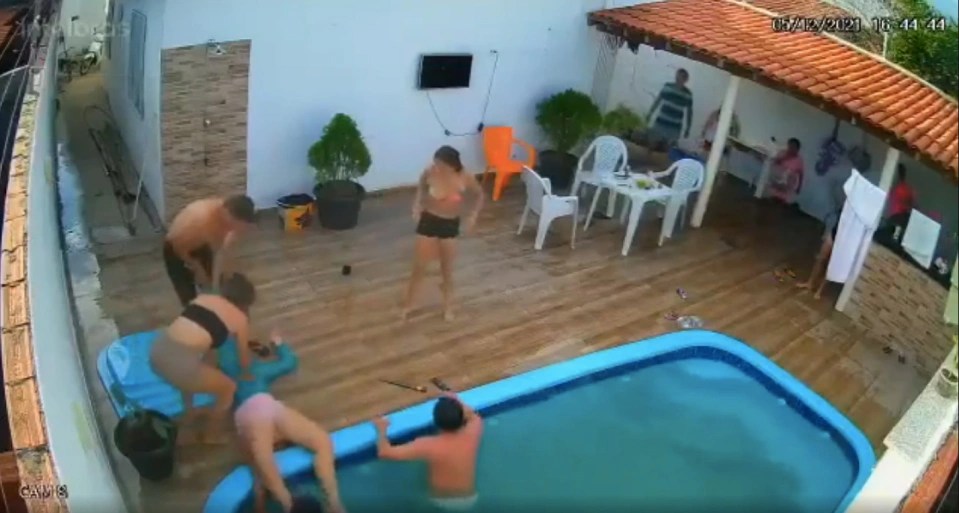 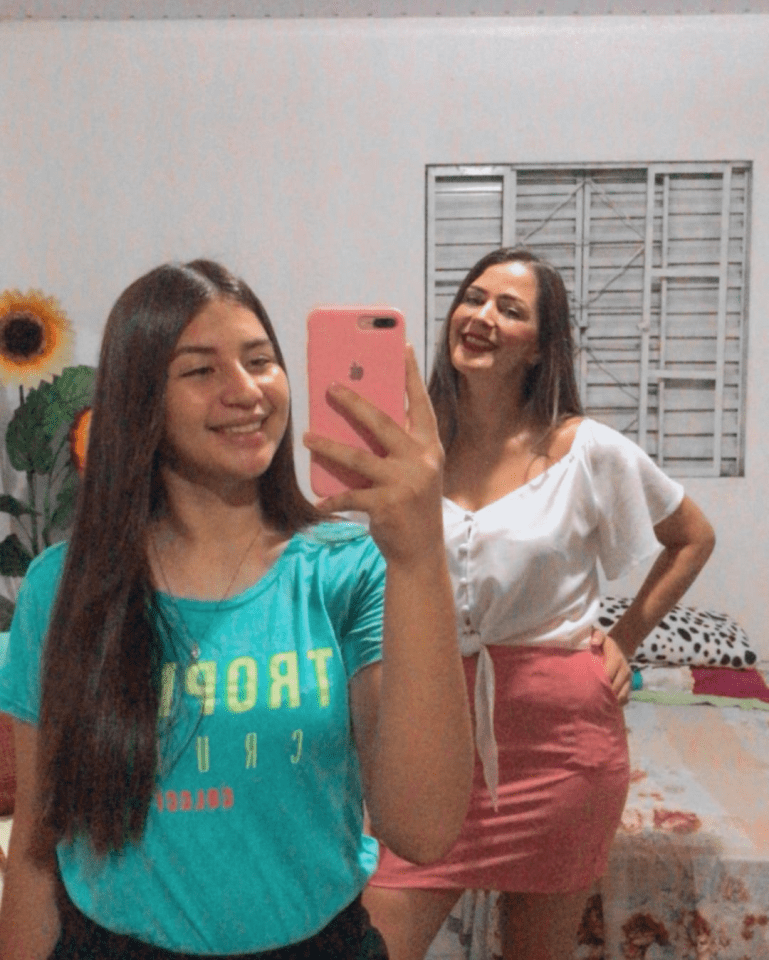 As the teen, identified locally as Maria Rita, played in a pool at her home in Agua Branca, Brazil, on Sunday, chaos erupted as her hair became trapped.

Dramatic footage shows other youngsters in the water alerting the adults relaxing nearby as Maria was forced to hold her breath under the water.

The grown-ups can then be seen desperately trying to save the stricken teen.

A CCTV camera overlooking the pool picked up the moment a few seconds earlier when Maria, wearing a turquoise blue swim top, dangled her legs over the side and put her head underwater as the other kids swam round her.

She then rolled backwards, splashing around in the water before suffering her freak – and nearly fatal – accident.

After she became stuck underwater, a man – thought to be Maria's dad – dived into the water to try to help her.

Thousands of families could get £140 in supermarket vouchers before Christmas

Panicked family members had rushed into the house to find a blade to cut her hair before she was pulled out of the water. Her relatives immediately started CPR.

Fortunately, she moved her legs seconds after being helped to safety as she regained consciousness.

Maria was taken to hospital for tests, but was released hours later after being given the all clear.

Mum Rozana Pimentel, who released footage of the incident, said in an Instagram message: “I wouldn't wish the fear and desperation of knowing we could have lost her on anyone.

“I decided to share these images so people are made aware of the dangers of this type of apparatus.

“Teach your children to know where these suction pumps are and what dangers they can pose so no-one goes near them.

“Adults accompanying children should always watch over them at all times.”

Recalling Sunday afternoon’s drama, she told local media: “She dived in and her hair got stuck.

“She thought someone had stepped on her hair and tried to surface but couldn't.

“That's when my daughter realized it was the filter pump.

“She kept calm, held her breath, and started kicking her leg so someone could see her.

“People jumped into the water and tried to free her hair, but couldn’t.

“Turning the electricity off in the house didn’t work either.”

She added: “For me as a mother, seeing her come out of the water unconscious, I see it as a miracle.

“We didn’t know anything about this pump, at least I didn’t.

“Now that I’ve started researching, I hope this information gets to more people, that everyone knows what a danger a pool can be. My daughter could have died.”

Rozana also shared a picture of her with her daughter as she hailed Maria's recovery.

“She is my miracle," she wrote.

"My daughter is fine now despite the scare we had on Sunday. I am a mother who is eternally grateful for this blessing in our lives.”

Last month a 10-year-old Brazilian girl died in Santa Catarina after getting her hair stuck in the draining system of her swimming pool.

Tragic Laise Pegorini Franzen was rushed to hospital but couldn’t be saved following the horrific accident.

And in August 2019 Russian Alisa Adamova, 12, reportedly died after her arm was sucked into a swimming pool’s pump at a hotel in Turkey. 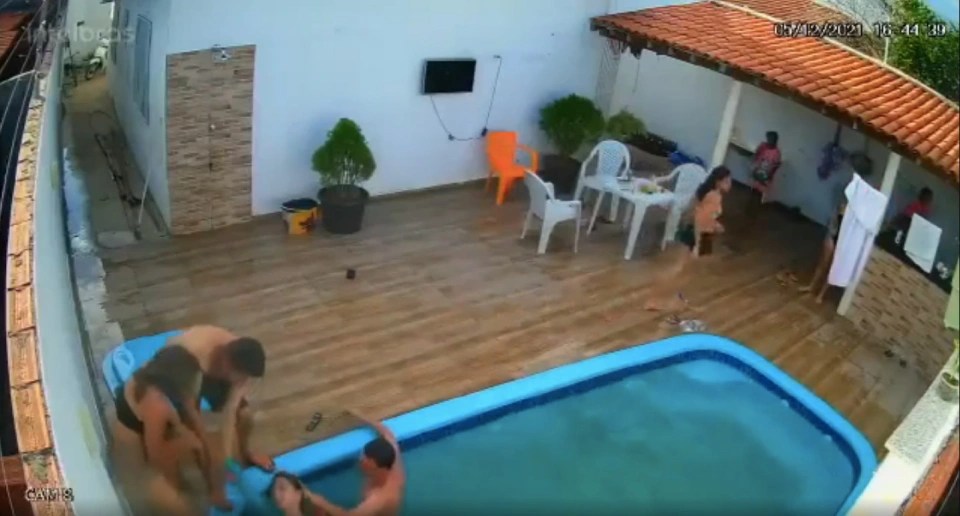