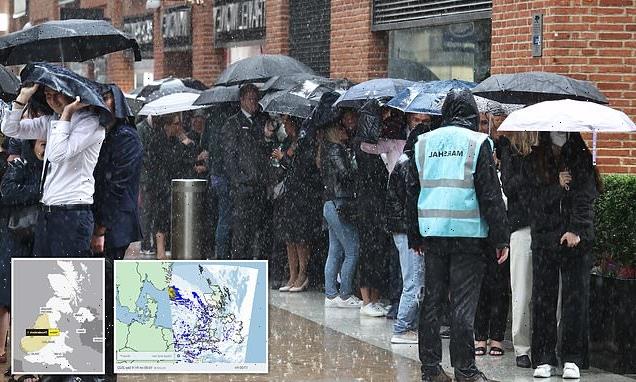 Brits battle through storms, thunder, lightning and heavy rain as they are warned there is more on the way

Britons have been warned they face poor meteorological conditions this weekend, with much of the east of England under a yellow thunder warning stretching from an area covering Newcastle upon Tyne down to north east London and as war west as Manchester and Birmingham.

The dramatic end to the summer-long drought has been partly caused by the formation of hurricanes in the Atlantic.

Earlier this week, much of the country was hit by an ‘extra-tropical cycle’ combined with a low pressure front which led to several downpours. 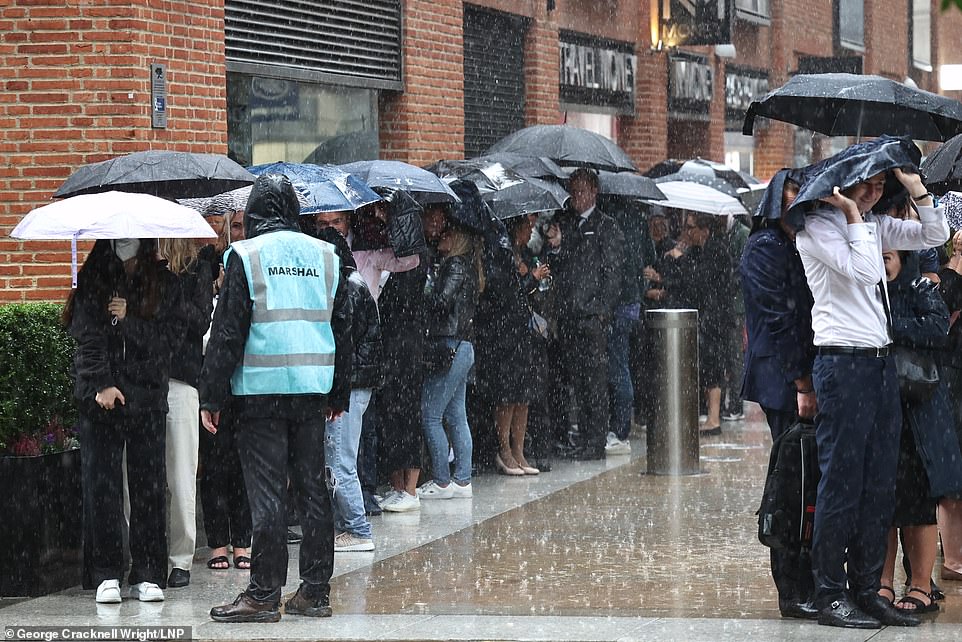 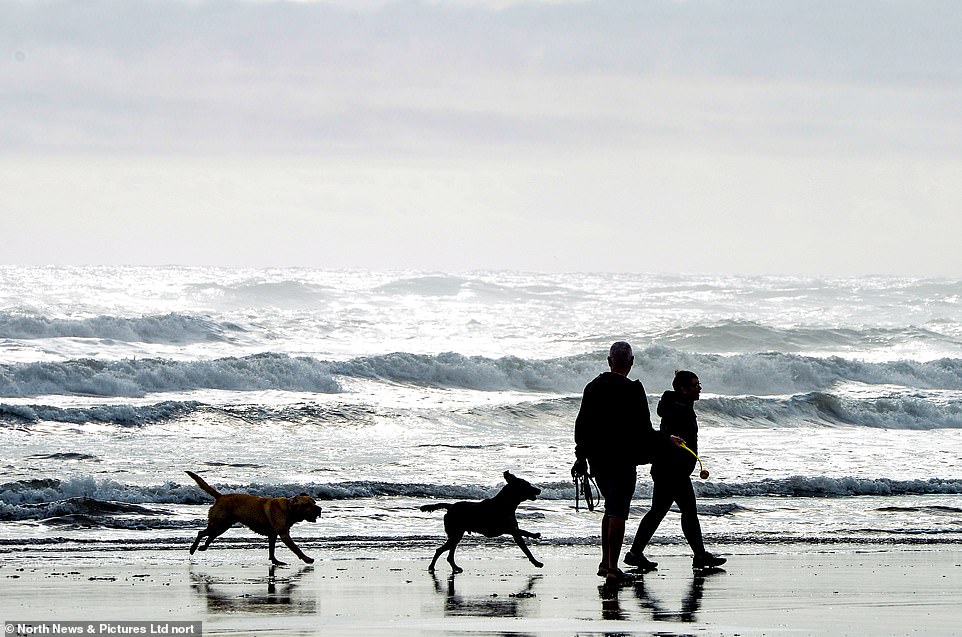 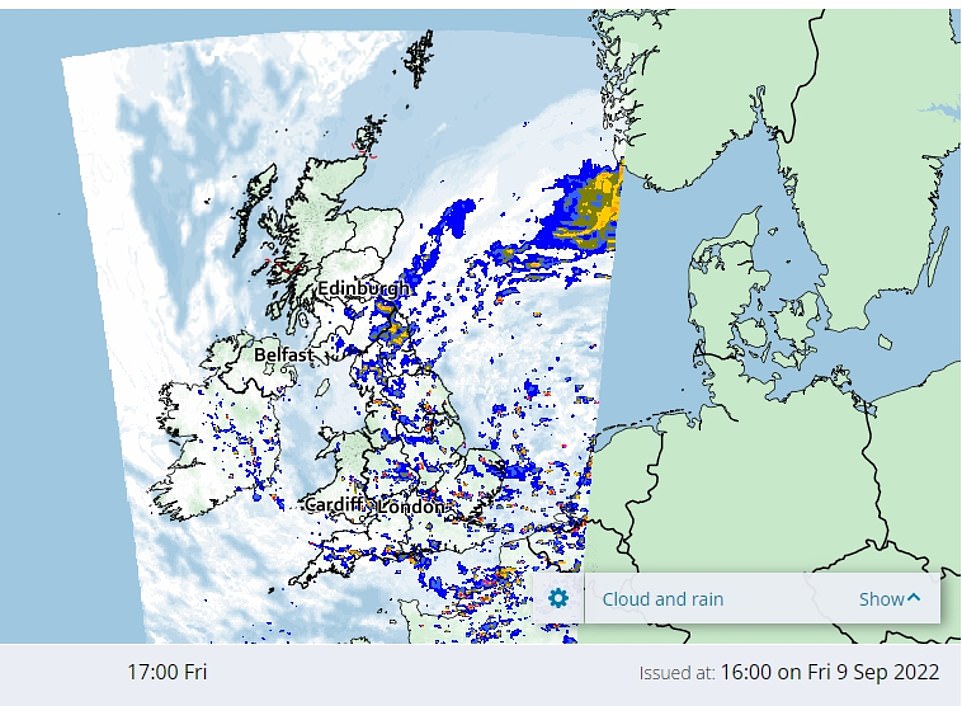 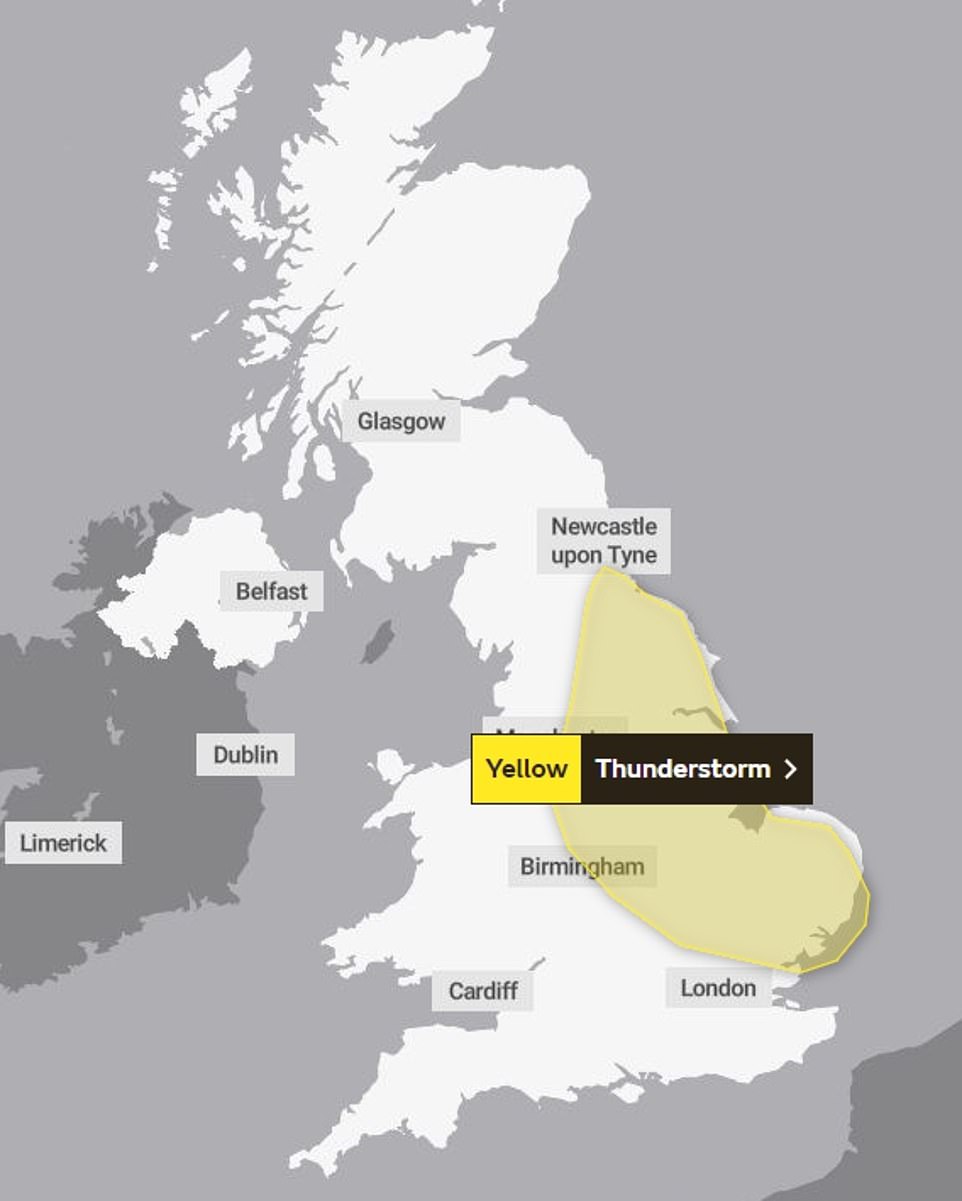 The Met Office’s Aidan McGivern said: ‘Things have changed since the start of the month, for starters rain has arrived in many parts of the UK but also we’ve seen hurricanes form in the Atlantic.

‘It has been a remarkably quiet start to the Atlantic hurricane season but now it has turned busier.

‘Hurricane Earl, Hurricane Danielle as well – don’t worry these aren’t going to hit the UK as fully formed hurricanes but they will have some influence on the UK’s weather over the next week or so.’

According to MeteoGroup, tomorrow will see showers developing across England and Wales. On Sunday, rain will affect northern and western areas, although cloud will blanket much of the country. 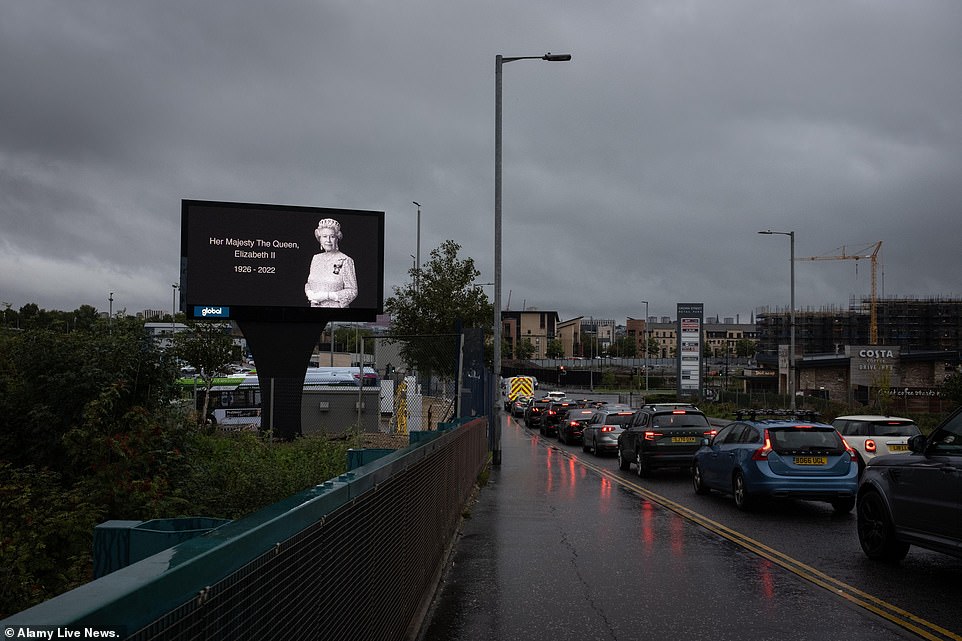 In Glasgow, commuters waiting in traffic under grey skies while a billboard paid tribute to the late Queen who died yesterday 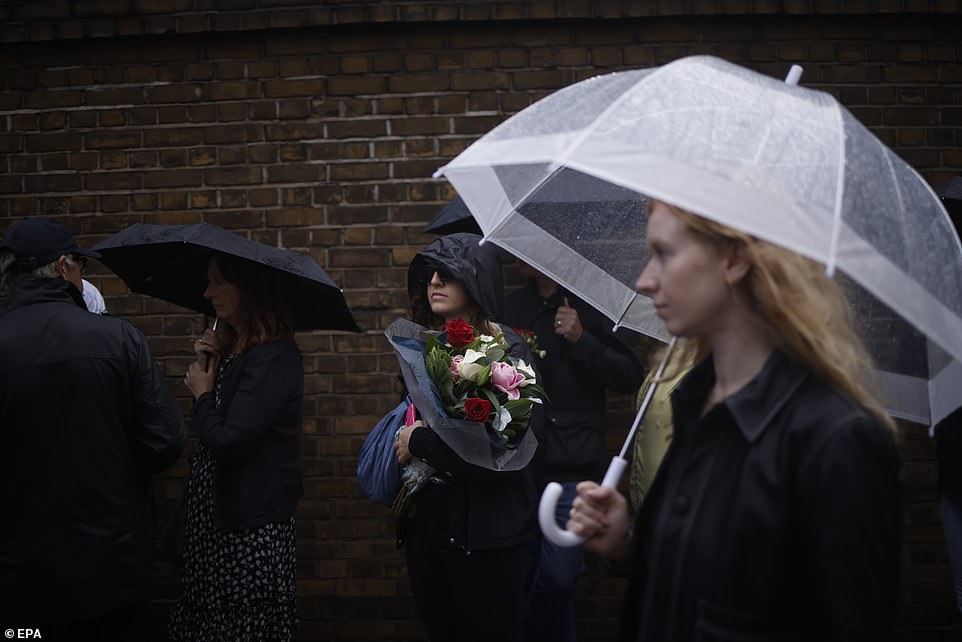 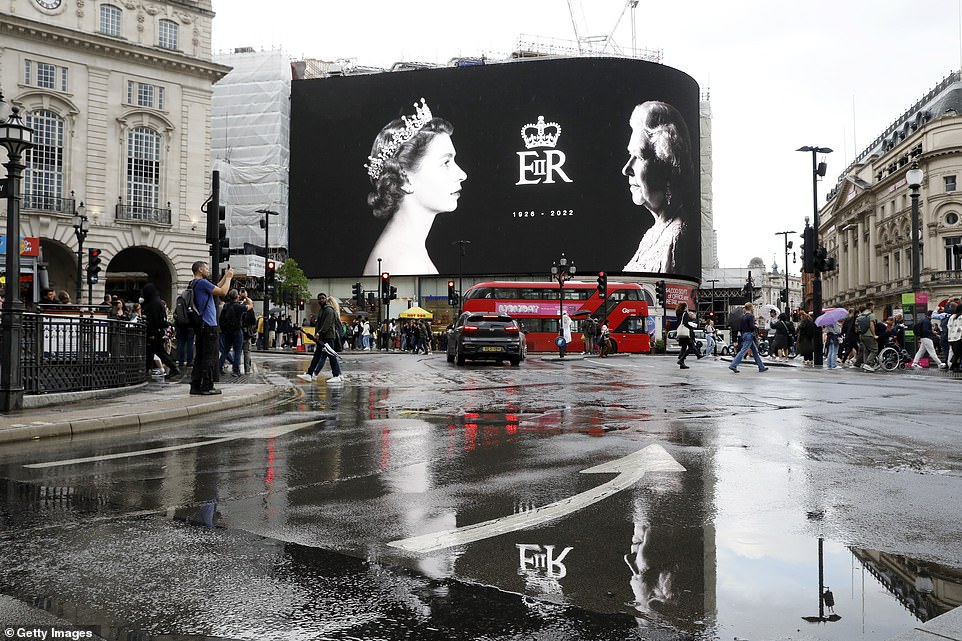 In Piccadilly Circus, the usual advertising was replaced by a tribute to the late Queen, while tourists took advantage in the break of the rain to photograph the historic scene on their camera phones 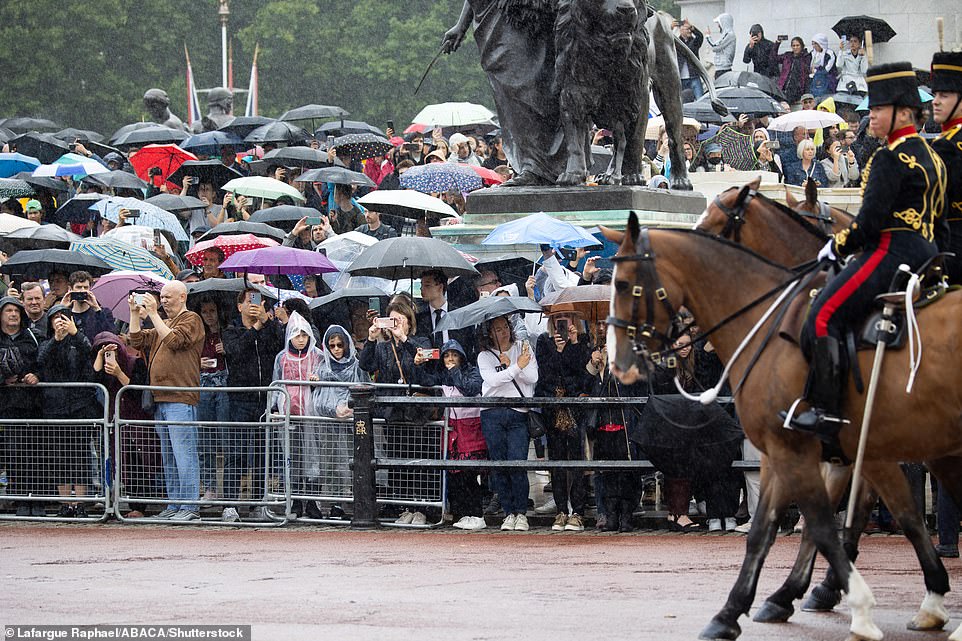 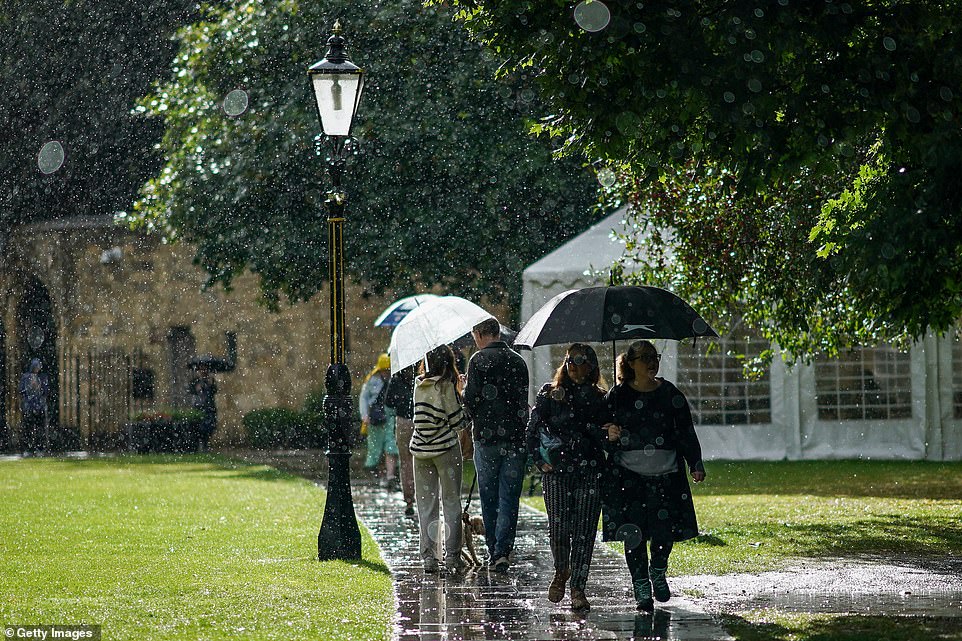 In York, people huddled under umbrellas in Dean’s Park, next to York Minster. Much of the country has faced heavy deluges of rain over the past couple of days following the end of the long summer drought 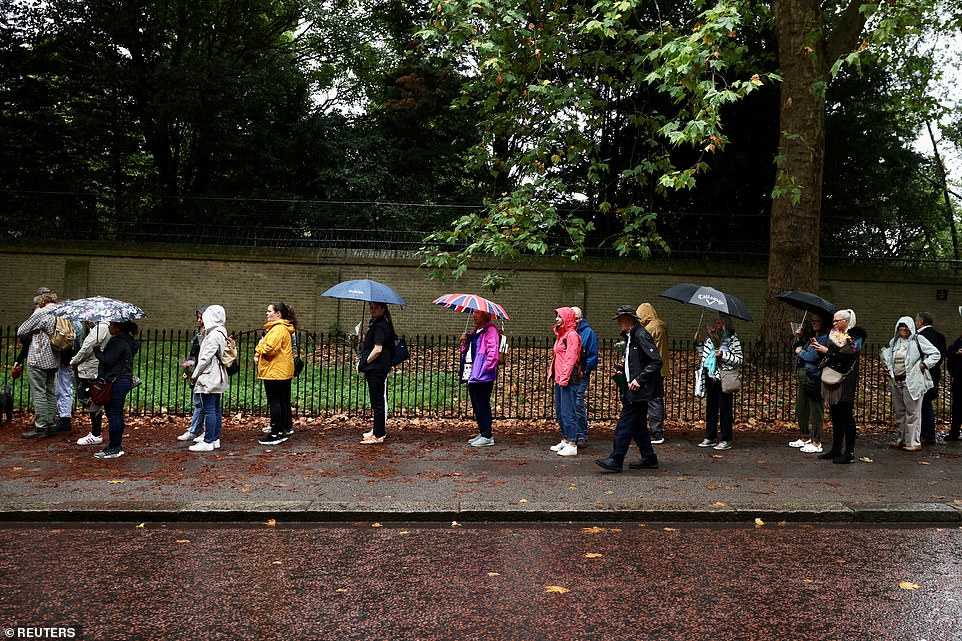 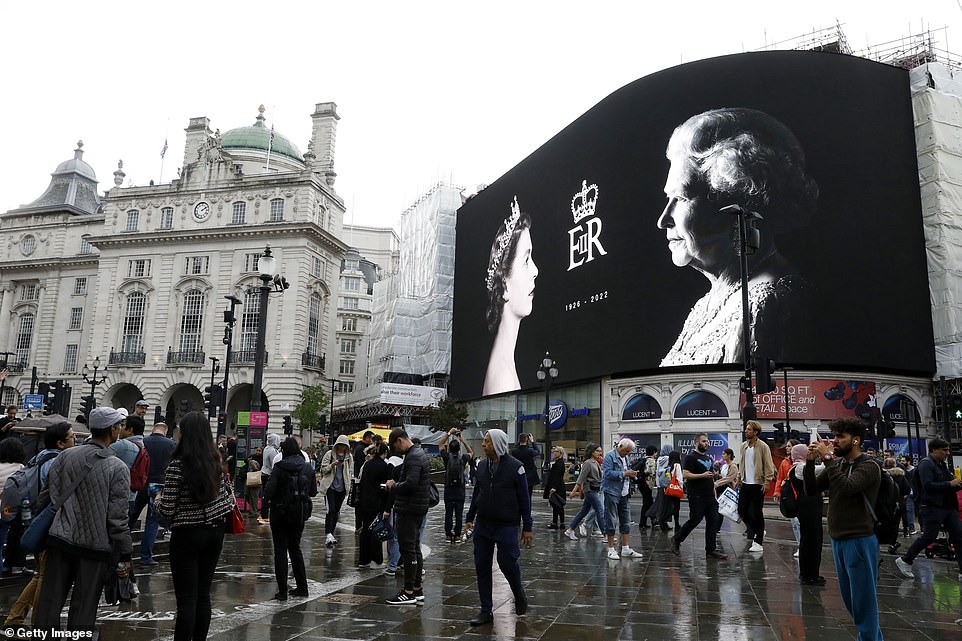