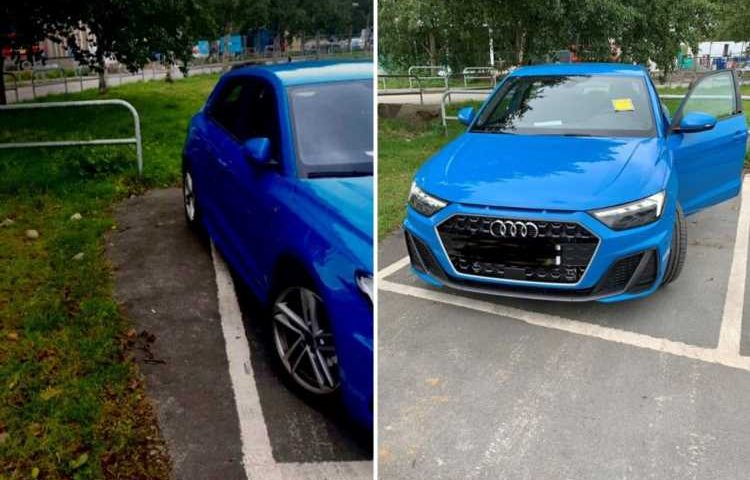 AN NHS worker has slammed a “jobsworth” parking warden for slapping her with a ticket as she was administering dozens of Covid and flu jabs.

Sandra Chapman, 54, was furious to find that she had been given a fine for parking outside of the lines of a marked bay when she returned to her Audi in Devon. 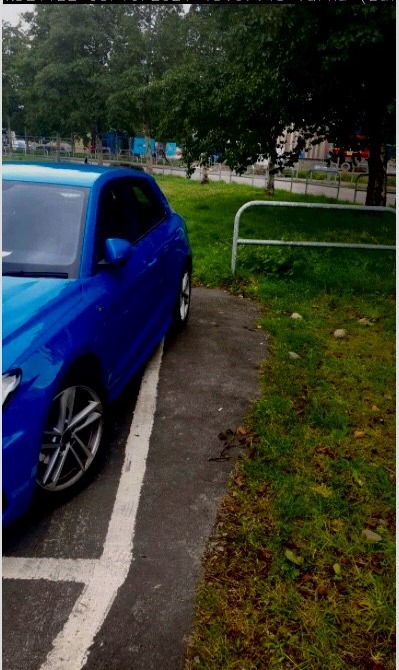 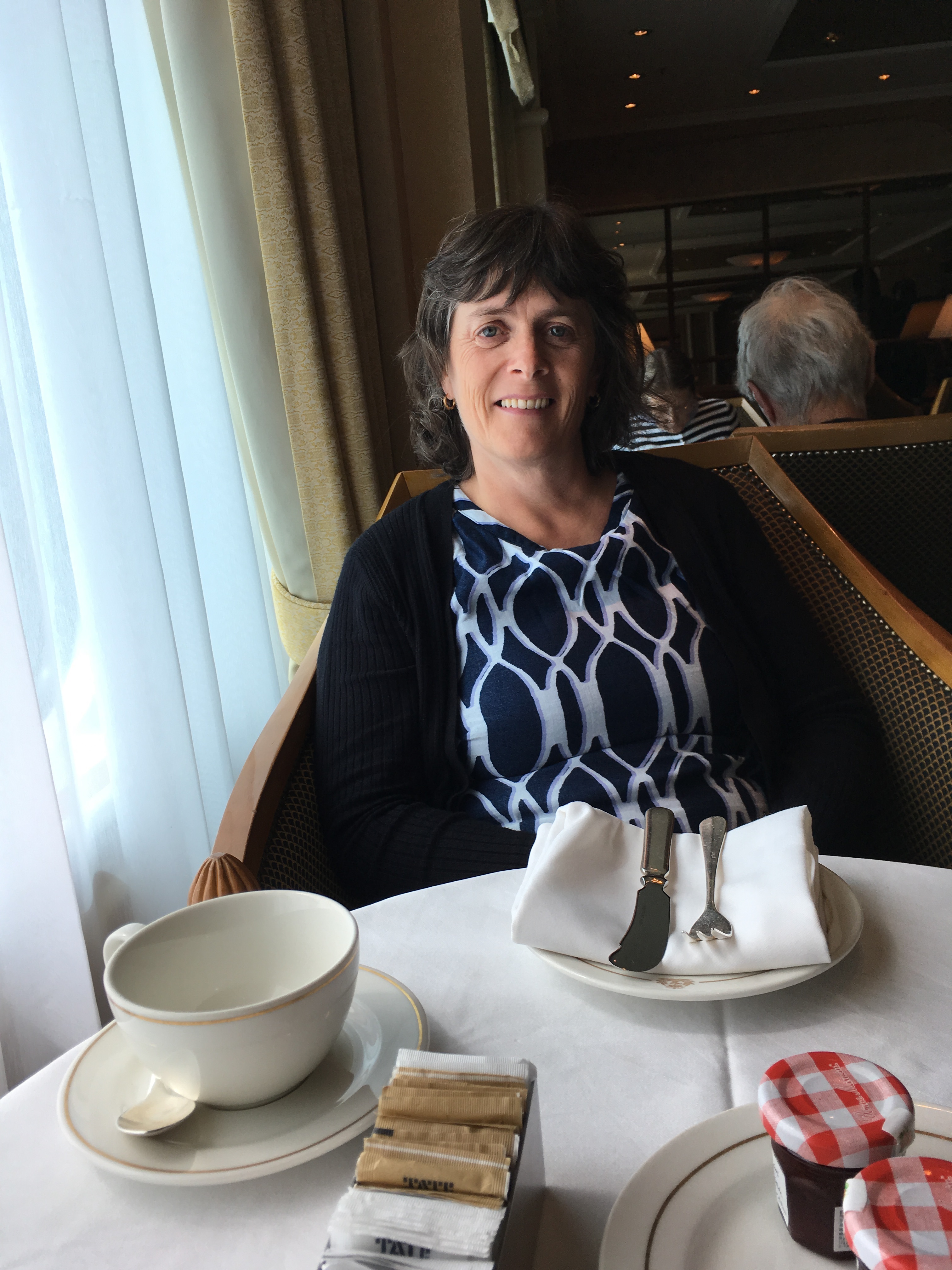 Pharmacy technician Sandra had parked at the end of a row of spaces, with the rear wheel of her car just over the line – which was next to a grass verge.

The mum-of-two had been working for six hours administering over 100 jabs to people when she was given the £25 fine on October 8.

The fine stated that she wasn’t parked correctly within her bay at Barnstable Leisure centre’s overspill car park in Devon.

Sandra said: “When I returned to my car I had a fixed penalty notice for not parking within the lines.

“The penalty notice says, ‘not parking correctly within the markings of a bay or space’.

“It was so frustrating, I was absolutely furious. I just could not believe it.

“It’s absolutely a jobsworth who has done this, absolutely. I just don’t understand it at all, I haven’t done anything wrong.

“I was just trying to give them enough space so they could open their door.”

Sandra, who has worked for the NHS for 26 years, of South Molton, Devon, has appealed the parking fine which she has branded as “ridiculous”.

She added: “It was really hard work. I was just absolutely gutted at first. It wasn’t until I read the thing, I was just flabbergasted.

“It had been agreed with North Devon Council that we could use the overflow car park providing if we showed a voucher.

“I parked in the overflow car park and put the voucher on the dashboard. I had parked in an end bay with the grass verge to the left of me and another parking bay to the right.

I was just flabbergasted

"There had been a car in this bay when I parked which was over the line, thus leaving me to have my back left hand side wheel over the line also.

“I thought this would not be a problem as it was the grass verge and I was not blocking another bay.

"Unfortunately when the ticket was issued, the car which had parked next to me had gone.

“I am extremely disappointed with North Devon Council to think that this would be acceptable when I was helping the North Devon population stay safe and healthy.”

The Sun has contacted North Devon Council for a comment. 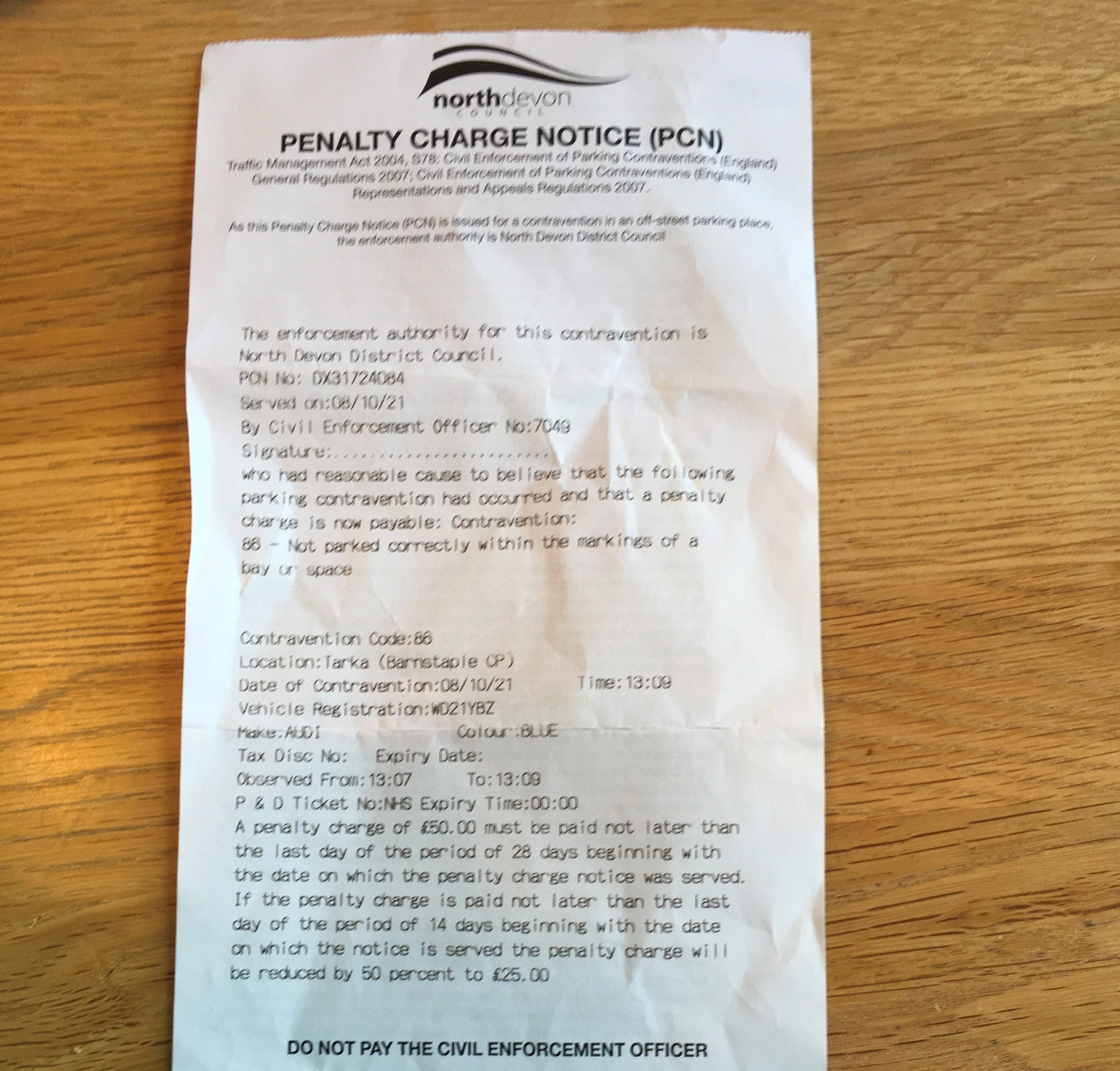 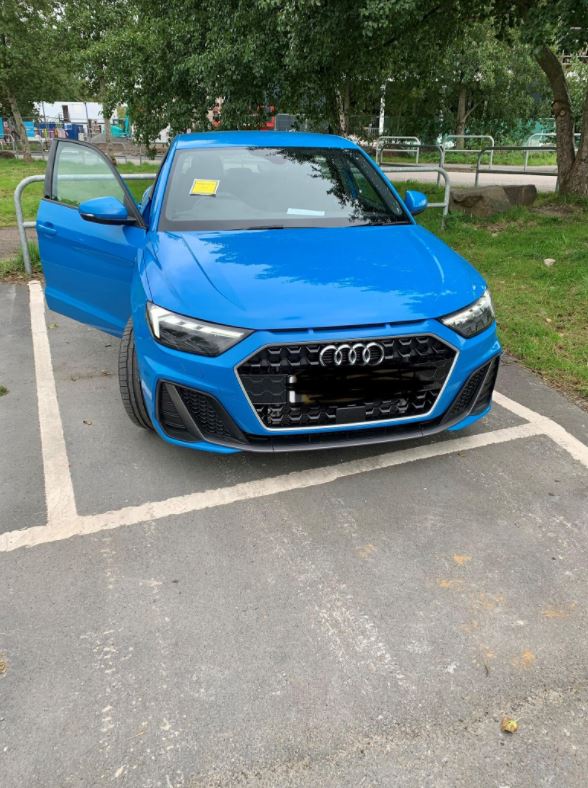