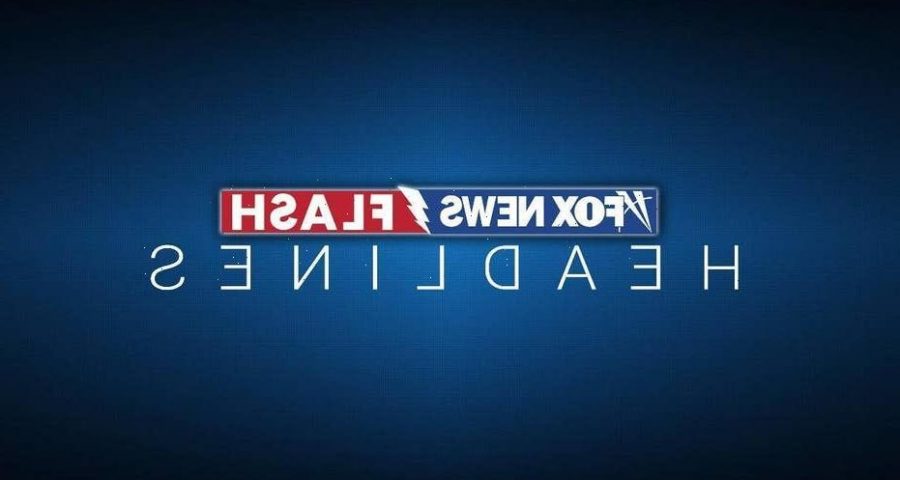 HONG KONG — Hong Kong police on Tuesday said they arrested nine people on suspicion of engaging in terrorist activity, after uncovering an attempt to make explosives and plant bombs across the city.

The arrests come amid a political divisive time in Hong Kong, two years after months of massive anti-government protests rocked the city. Last week, a Hong Kong man stabbed a police officer with a knife, before killing himself.

Of the nine arrested, six are secondary school students. The group were attempting to make the explosive triacetone triperoxide (TATP) in a homemade laboratory in a hostel, police said. 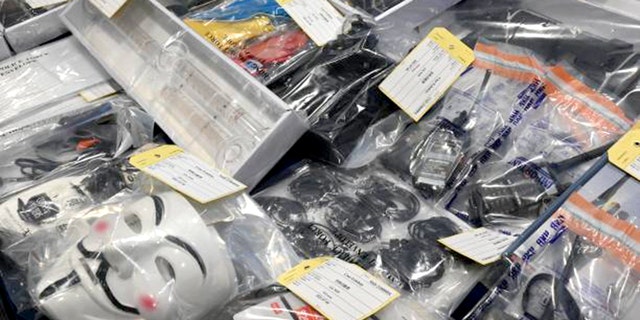 Seized items are seen on display at the Hong Kong police headquarters on July 6, 2021, after nine Hong Kongers – six of them secondary school children – were arrested on terror charges for allegedly trying to manufacture a powerful explosive, police announced. (Photo by Peter PARKS / AFP) (Photo by PETER PARKS/AFP via Getty Images)

They planned to use the TATP to bomb courts, cross-harbor tunnels, railways and even planned to put some of these explosives in trash bins on the street “to maximize damage caused to the society,” police said.

The nine arrested are five men and four women between 15 and 39 years old, according to Senior Superintendent Li Kwai-wah of the Hong Kong Police National Security Department.

Authorities said they seized apparatus and raw materials used to make the TATP, as well as a “trace amount” of the explosive. They also found operating manuals and about 80,000 Hong Kong dollars in cash.

Police said the group all planned to leave Hong Kong for good, and were planning to conduct the sabotage in Hong Kong before the left the city.

TATP has been used in terrorist attacks worldwide. Since 2019, Hong Kong police have arrested multiple people over alleged bomb plots and for making TATP.

In December 2019, authorities defused two bombs at a local Catholic school. A remote-controlled homemade bomb was also detonated near a police car in 2019, when the anti-government protests were ongoing.