The woman, whose identity has been kept anonymous, as well as her male lover, both received 100 lashes for having premarital sex in Lhokseumawe, a city in Indonesia’s westernmost province of Aceh. 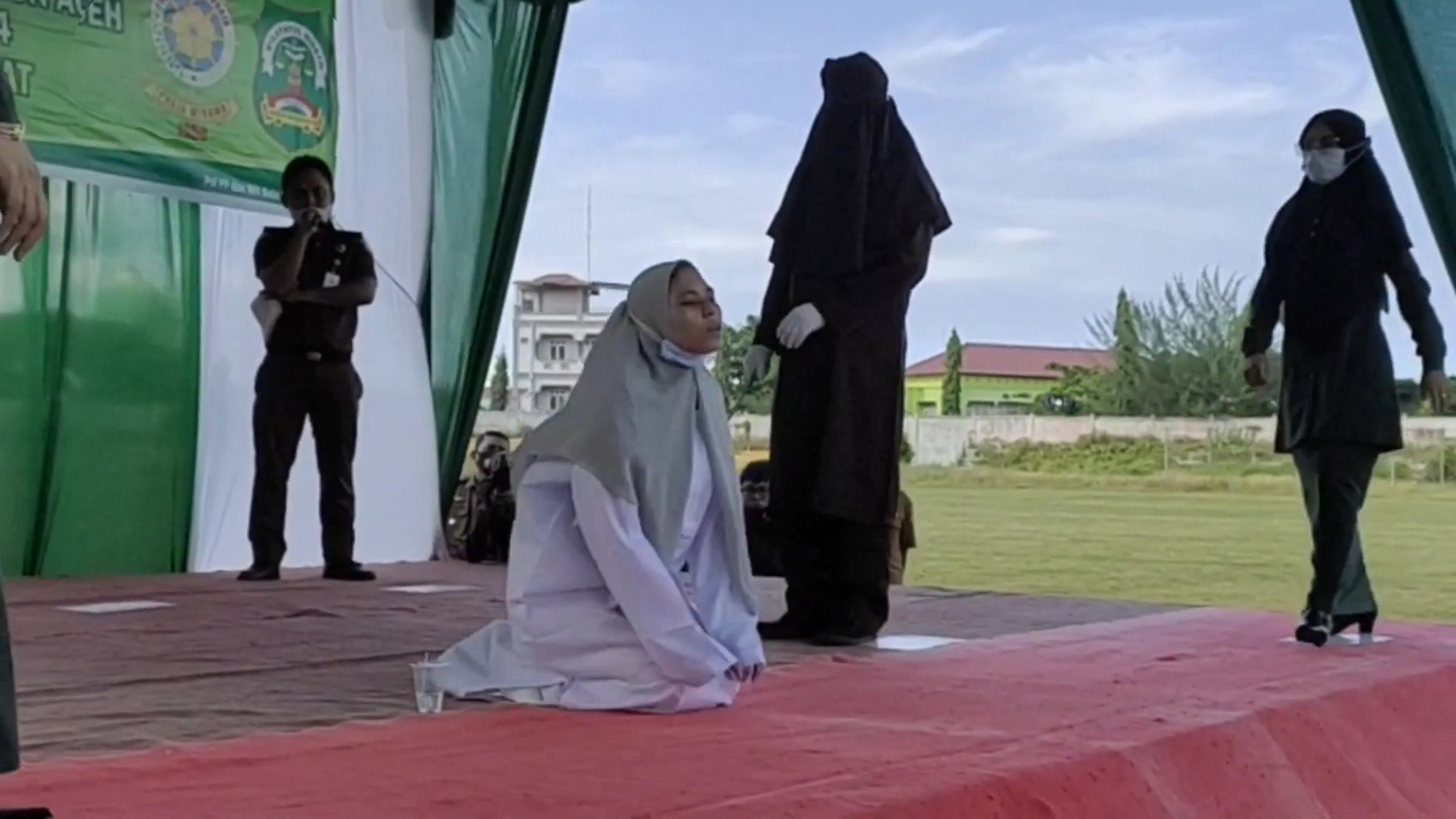 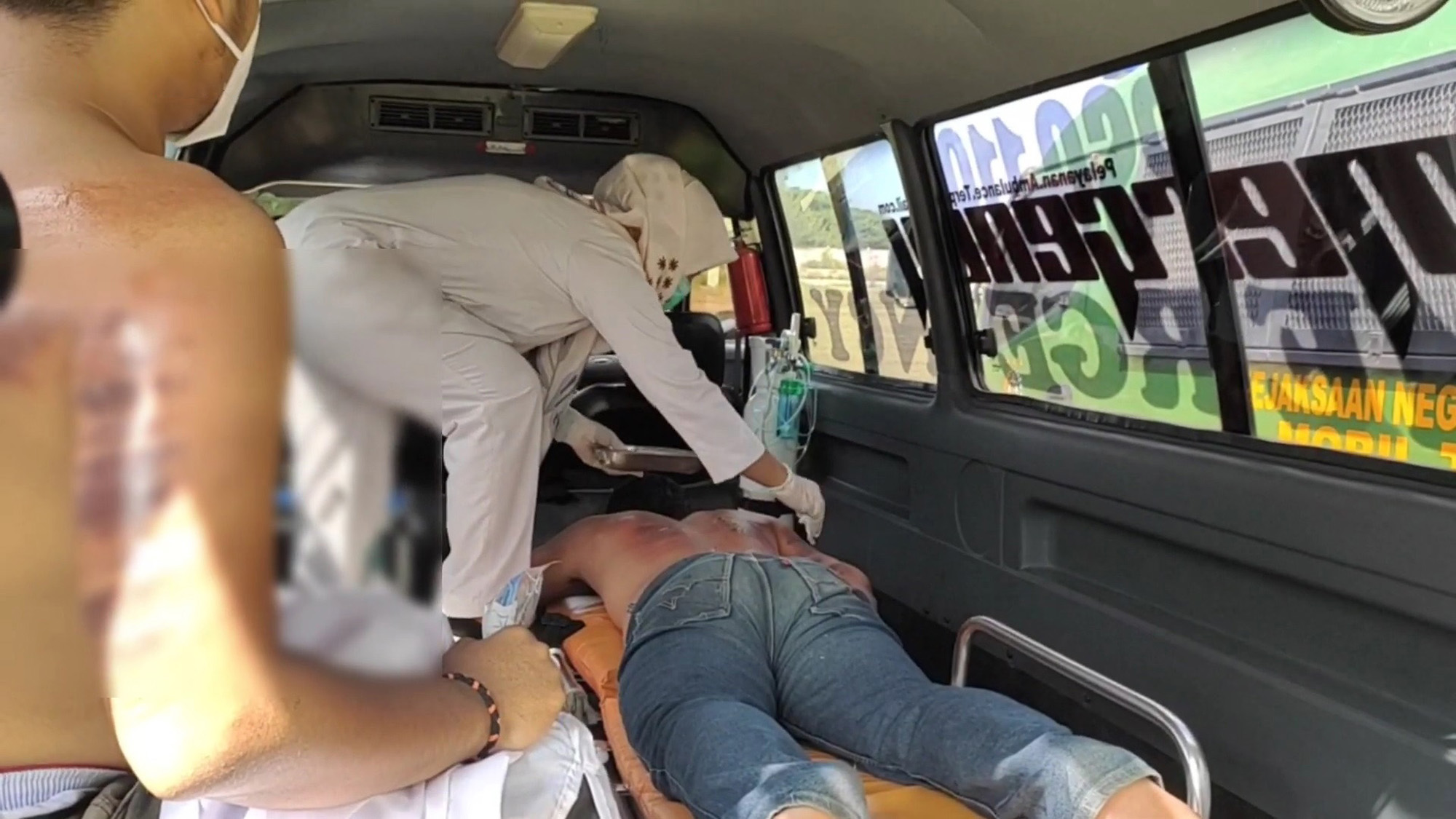 Lhokseumawe, a deeply conservative province, is the country’s only region with the autonomy to enforce sharia law.

Floggings are carried out by authorities for a range of offenses, including drinking booze, adultery, and engaging in premarital or homosexual sex.

The brutal punishment is widely seen as a warped interpretation of sharia law – an Islamic criminal code that seeks to prohibit “morality” offenses.

In 2018, Aceh officials vowed to end public floggings and carry them out behind prison walls.

In spite of the promises, the number of public floggings and canings has reportedly risen.

Members of the public reportedly witnessed the woman collapsing after receiving lashes from officials from the regional Wilayatul Hisbah – the Islamic religious police force – and Satpol PP (Public Order Agency).

Wilayatul Hisbah chief Zulkifli said: “[She] had to be carried away from the location because she fainted after receiving 100 lashes.”

Video of the brutal incident had also been shared on YouTube. 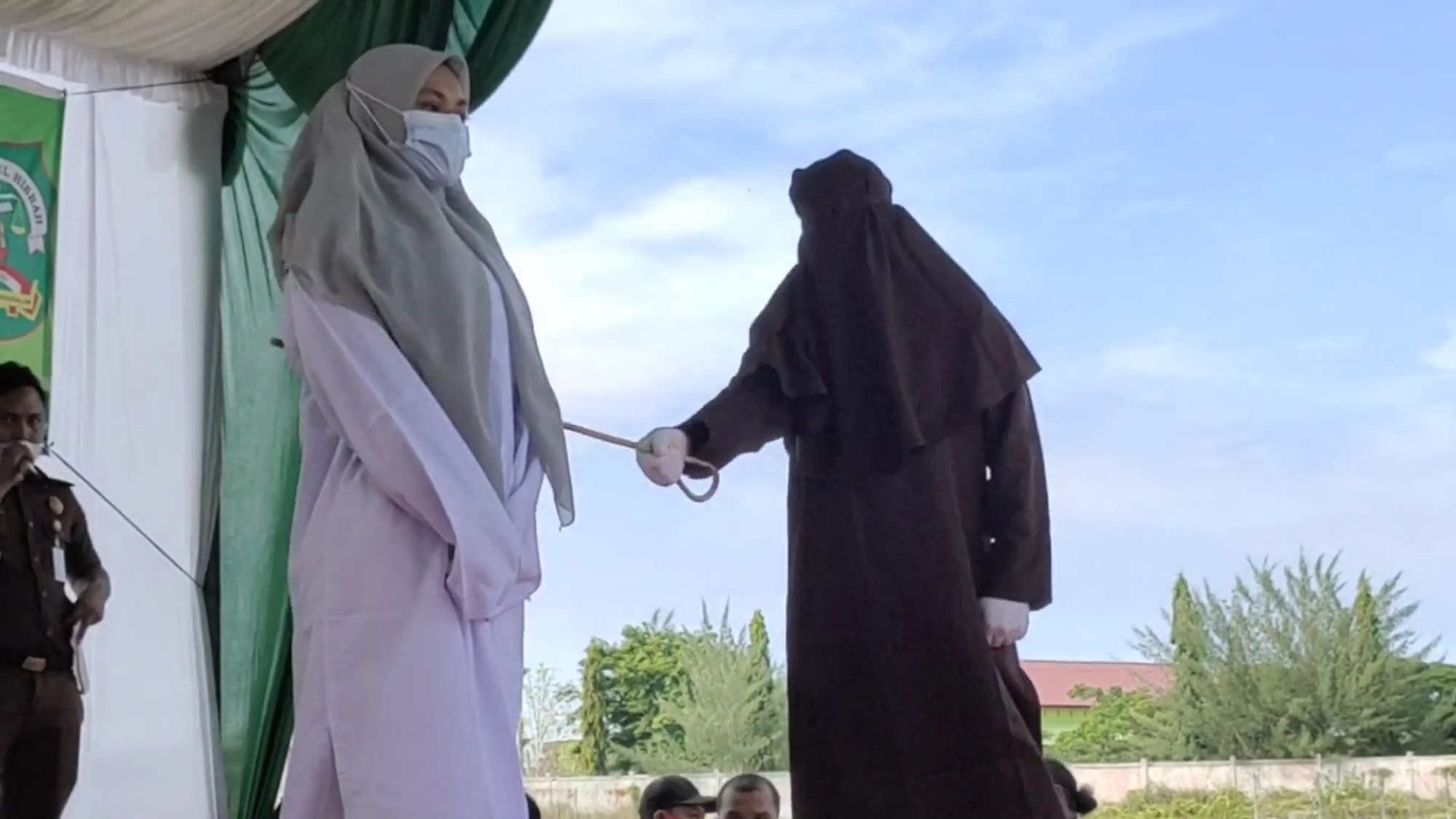 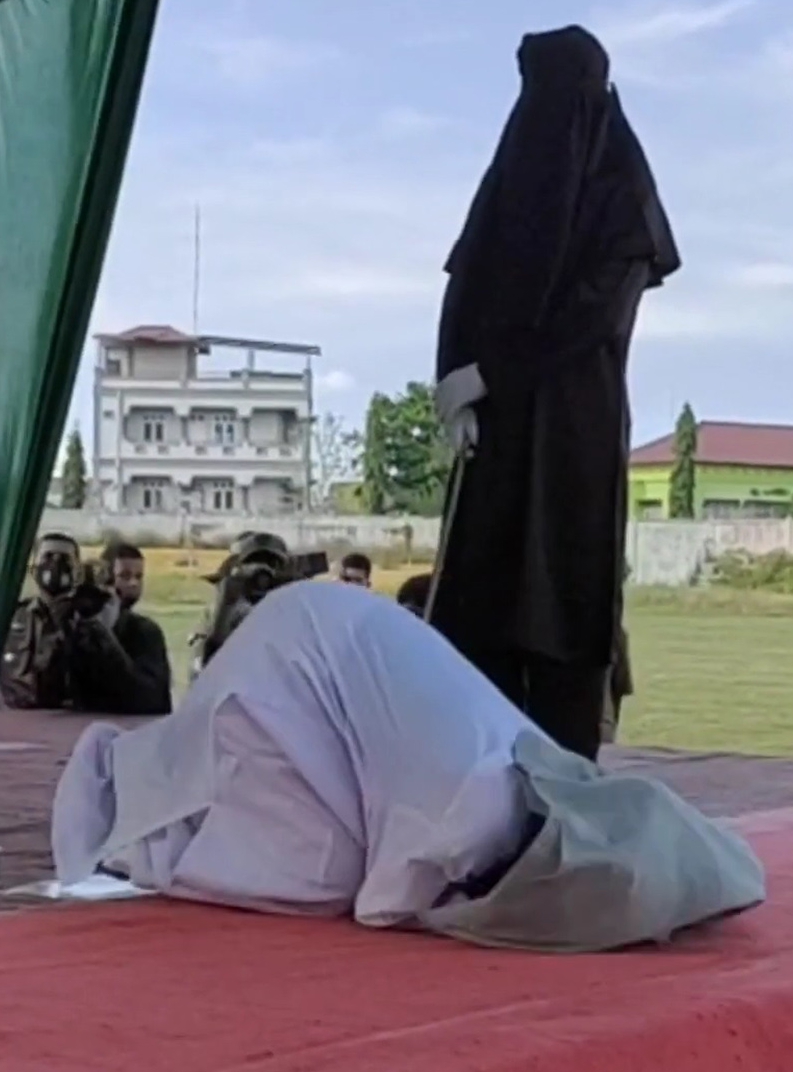 According to the Tribun News, two other defendants were punished with 40 lashes each, for drinking alcohol.

Another man was punished with 75 lashes for providing a venue for an illicit romp.

The flogging of rule-breakers has carried on throughout the pandemic, with enforcers of the punishment wearing the traditional hood and gloves while carrying out the beatings.

A local official has previously said: "To comply with current conditions, we're trying to cut unnecessary procedures like the usual opening speech.

"We just carried out the flogging directly to make it simpler.

"Whipping will still go on, but we're limiting the number of people involved."

Aceh is the only region in Indonesia that imposes Islamic law, with 98 per cent of its five million residents being Muslim.

It adopted sharia law after being granted a degree of autonomy from the national government in 2001.

The most vicious punishment is 100 lashes, which is administered for the most severe crimes along with prison time.

Human rights groups have condemned the brutal punishments as inhumane, but they have wide support in Aceh.

Indonesia's president Joko Widodo has expressed support for doing away with the practice to improve the province's image.

Speaking in 2017, vice governor Nova Iriansyah suggested the whippings may be moved into a private setting to avoid press attention.

He added, “I think the national government is right that we have to do something.”

Amnesty International has condemned the practice, saying in 2019 the canings are violations of international human rights law. 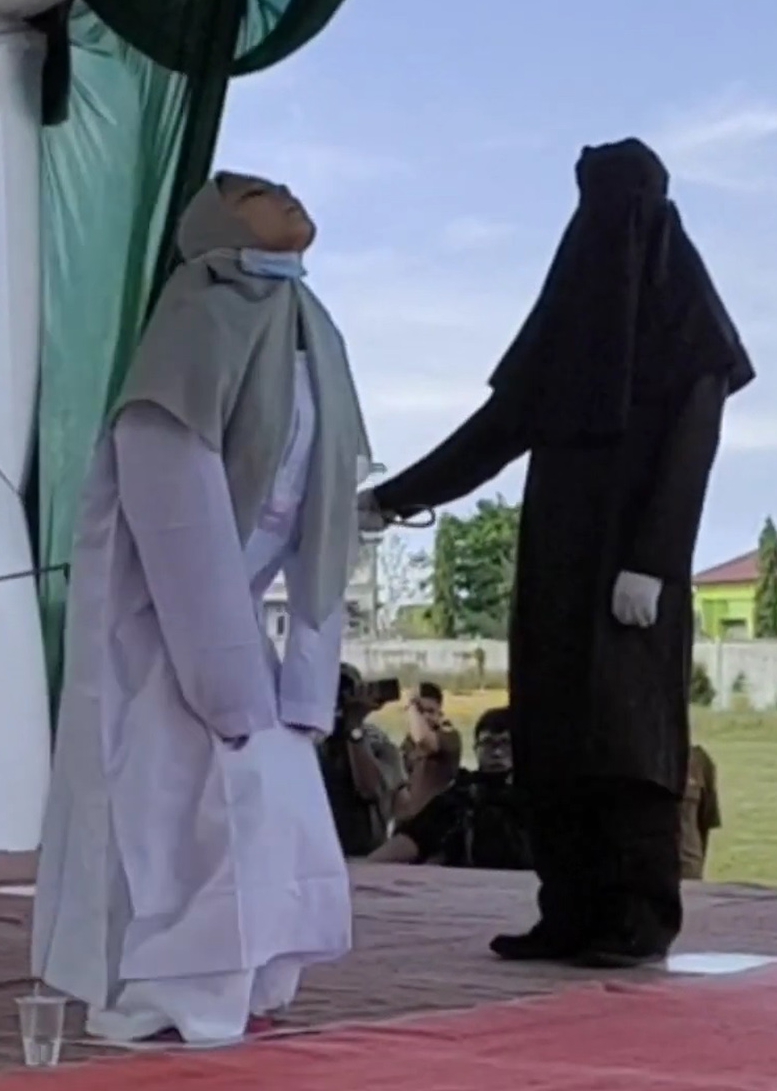 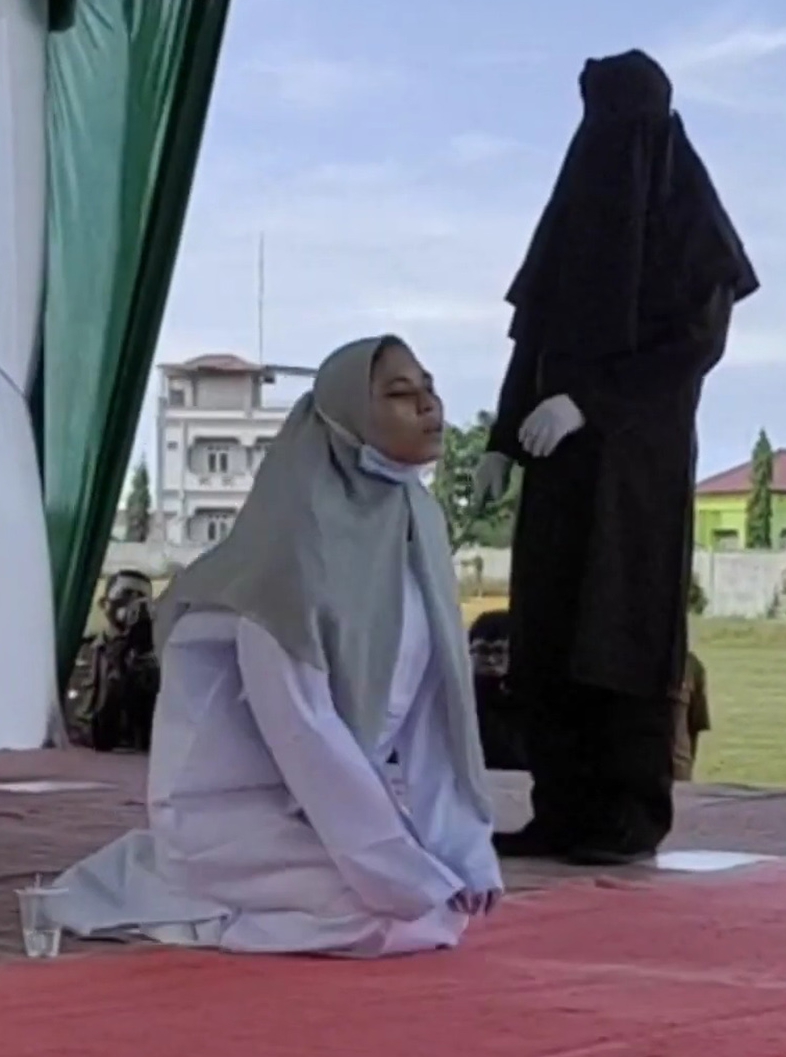