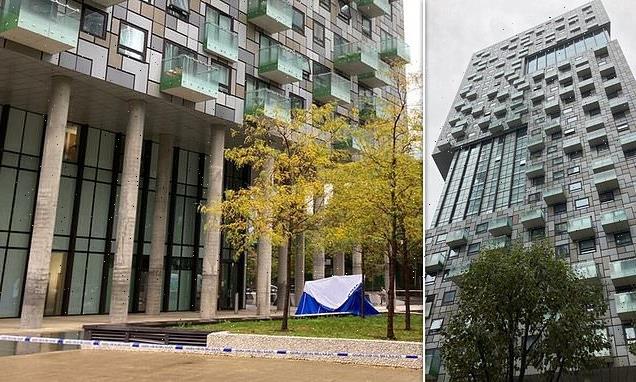 A man in his 20s has plunged to his death from a Canary Wharf tower block, while a woman has been rushed to hospital with facial and head injuries.

It is thought that the man fell from the 311-foot Talisman Tower in Lincoln Plaza on the Isle of Dogs, east London.

Police rushed to the tower block after reports of a disturbance in a flat at around 4.48am. They found a woman in her 20s with facial and head injuries inside and she was rushed to hospital.

They then discovered the man outside following a suspected fall from a height. Police administered first aid before paramedics arrived but the man was pronounced dead at the scene. 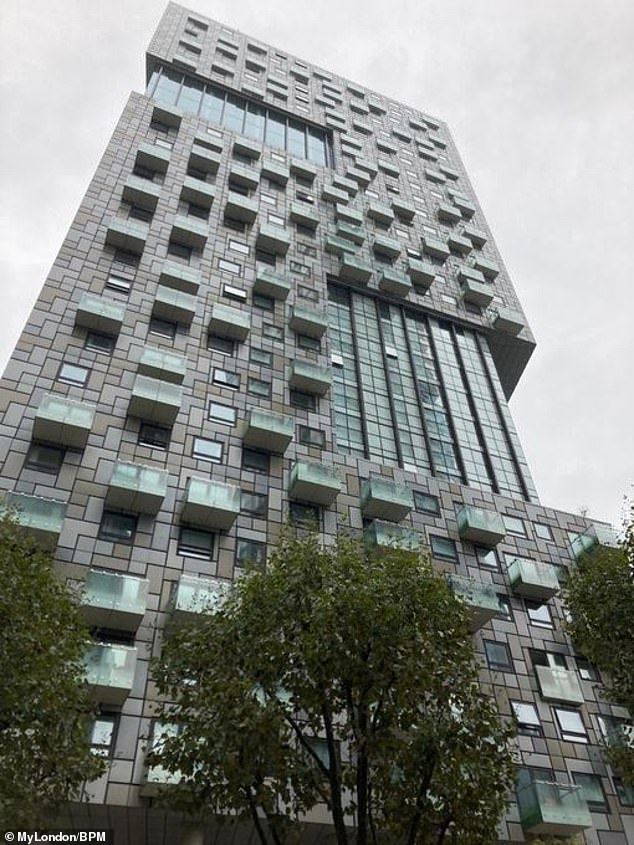 A man in his 20s has plunged to his death from the 311-foot, 31-storey Talisman Tower in Lincoln Plaza, Canary Wharf 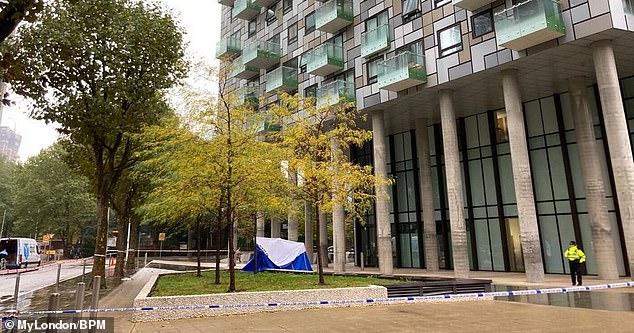 A police tent and cordon is visible at the bottom of the building, where officers discovered the man early this morning

No one has been arrested and inquiries are ongoing into the circumstances surrounding his death.

Forensics teams have been seen on one of the top floor balconies of the 31-storey building.

A local construction worker, Greijb koscwitz, told MyLondon: ‘There was a lot of blood and medical equipment everywhere, it was something like a horror movie.

‘I had never seen anything like it me and the boys were all taken aback, it’s not what you expect to see when you turn up to your shift.’ 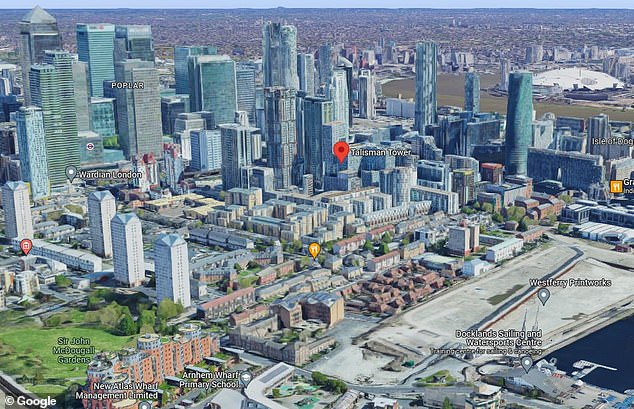 Met Police officers were called to the building, in Canary Wharf, at 4.48am and discovered a woman with facial and head injuries

A Metropolitan Police spokesperson said: ‘Police were called at 4.48am on Thursday, 20 October to reports of a disturbance involving two people at a residential block in Lincoln Plaza.

‘Officers responded and located a female in her 20s with head and facial injuries. She has been taken to hospital.

‘A short time later a male aged in his 20s was located outside following a suspected fall from height. Officers administered first aid prior to the arrival of LAS paramedics but he died at the scene.’