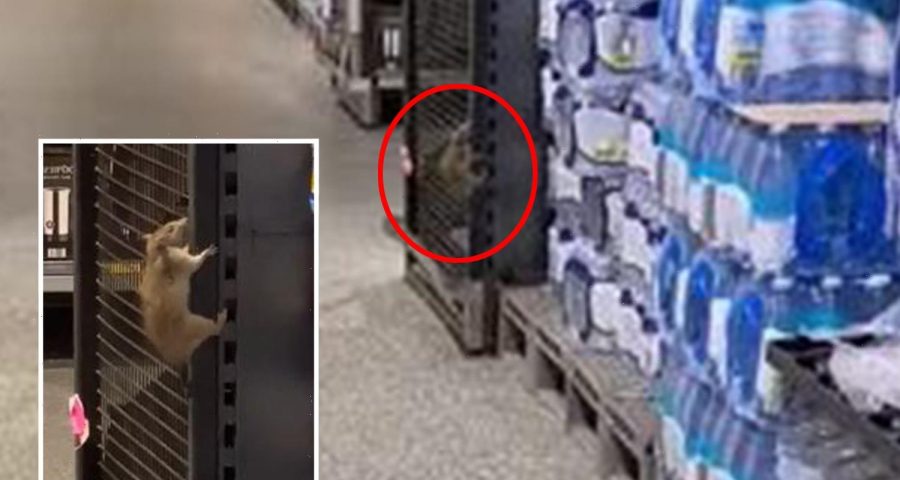 THIS is the horrific moment a shopper spots a giant rat climbing up the shelves in an Aldi supermarket.

The huge rodent was seen climbing up a metal railing next to packs of water and was heading towards boxes of soft drinks, completely undisturbed. 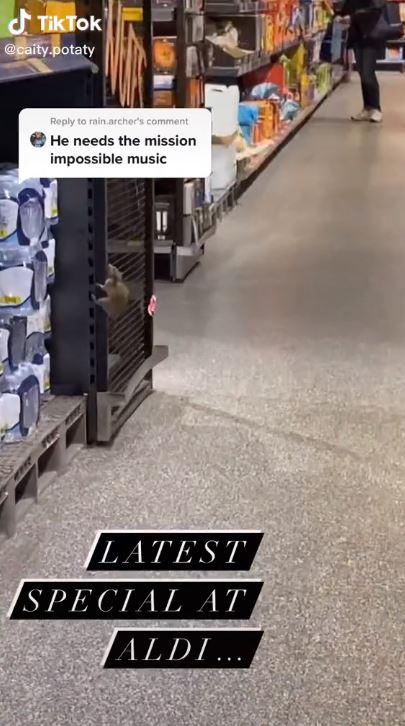 The disgusting incident took place in an Aldi store in Australia while oblivious customers continued shopping.

A video showing the rat has gone viral with more than 2 million views after a woman called Caity posted it on her TikTok account @caity.potaty .

The TikTok user captioned the post ''Oh hell no'' and added ''Latest special at Aldi'' in the video.

Caity told Daily Mail Australia that she informed an Aldi employee who then tried to catch the rodent.

She added that she left shortly afterwards so could not confirm whether the employee was successful.

Some TikTok users were horrified while others found the incident amusing. 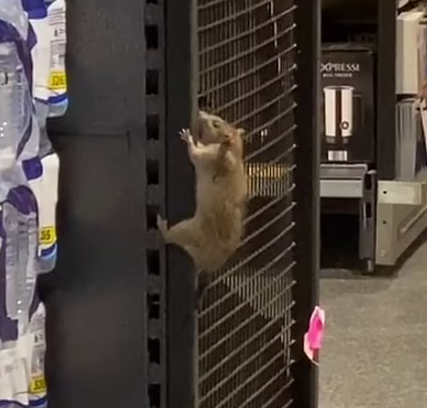 Another one said: ''He’s going for the toilet paper as well?''

Someone commented ''Remi just trying to get his saffron.''

''He's just trying to find pizza for his kids,'' another user said.