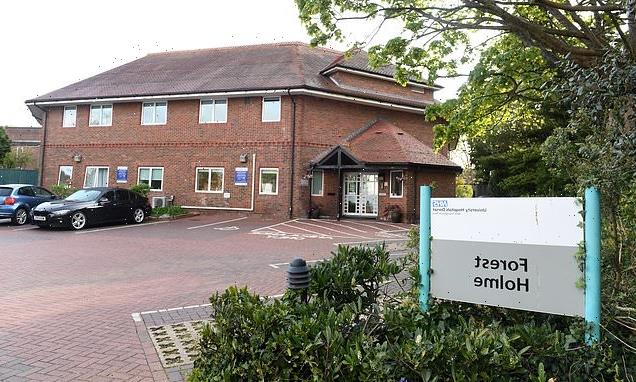 A carer who used a dying man’s bank card to fund more than 100 transactions on a lavish £17,000 shopping spree has been jailed for 14 months.

Lynn Hopkin, 54, stole tens of thousands of pounds from Robin Clark to fund family holidays to Disneyland Paris, online shopping and even a new hoover ‘to remember him by’.

Hopkin met terminally-ill Mr Clark when he was admitted to Forest Holme hospice and over the course of a month she made more than 100 fraudulent transactions.

She continued right up until a week after his death and managed to empty ‘every last penny’ from her victim’s bank account.

Judge Robert Pawson called it a ‘systematic and wicked crime against a vulnerable, dying patient’ as he jailed Hopkin for 14 months. 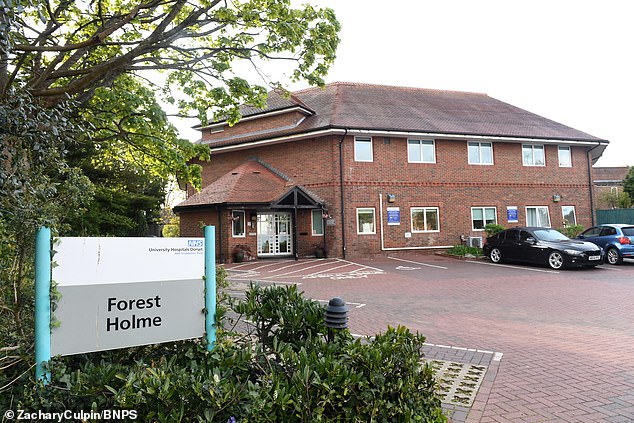 Lynn Hopkin, 54, of Poole, ’emptied every penny’ from her dying victim’s account while working at Forest Holme Hospice, Dorset (pictured)

A court heard that Mr Clark was moved to the Forest Holme Hospice in Poole, Dorset, on June 30, 2019 – where he would meet his new carer Lynn Hopkin.

The married mother-of-three was allowed to use his card to purchase basic items such as pyjamas and toiletries when he needed them.

When interviewed, Hopkin claimed he had told her she could buy some gifts for herself when she was caring for him.

She also claimed he agreed to pay for two holidays to Disneyland Paris and the West Country and paid for a hoover as a present ‘to remember him by’.

Over the course of a month she made 101 transactions, including eight in one day – but Hopkin was caught a week after Mr Clark’s death when relative, Valerie Hoyle, discovered his account had been emptied.

In a victim impact statement Mrs Hoyle said: ‘I was utterly devastated and sickened when I visited Santander and found his account had been emptied of every last penny, approximately £17,000 taken.

‘There was nothing left.

‘She used his money to pay for holidays, regular shopping, fuel and online shopping.

‘Her predatory behaviour, elaborate lies and continued attempts to deceive everyone just make me feel even more upset.

‘She was perfectly happy to prey upon a dying man and the amount of upset it has caused has been quite immense.’

Hopkin admitted a charge of theft at Bournemouth Crown Court, and repaid £8,727 a week before appearing in the dock.

Santander has repaid £7,000 of the stolen money to Mr Clark’s will beneficiaries.

But Judge Pawson said he had to consider the impact on others and sentenced Hopkin to 14 months in prison.

He said: ‘The long and short of it is you stole about £17,000 from a dying man who was in a hospice when you were a carer.

‘You breached a very high degree of trust and responsibility and deliberately targeted your victim on the basis of his vulnerability.

‘In the circumstances the public would rightly expect someone in your position would receive an immediate custodial sentence.’

Pete Papworth, University Hospitals Dorset’s chief finance officer, said: ‘The details of this case are shocking, and our thoughts and sympathies are with the patient’s family.

‘The staff member was dismissed from the trust in June 2020 after a thorough internal investigation, and we worked closely with the police and our own counter-fraud experts.

‘This was an extremely rare case that underlines our determination to work with our partners in supporting prosecutions of this kind.’