Boarding school pupils coming from abroad will no longer have to isolate in hotels following pressure from parents and head teachers.

Instead they will be allowed to quarantine at their school if they travel from the airport in pre-arranged private transport.

The children arriving from countries on the Government’s red list to return to school in England had faced quarantining in a hotel for ten days, according to Department for Education guidance.

But the department now says the pupils can quarantine in ‘physically self-contained’ accommodation at the school.

The change to the rules came after the Boarding Schools’ Association wrote to the Government. 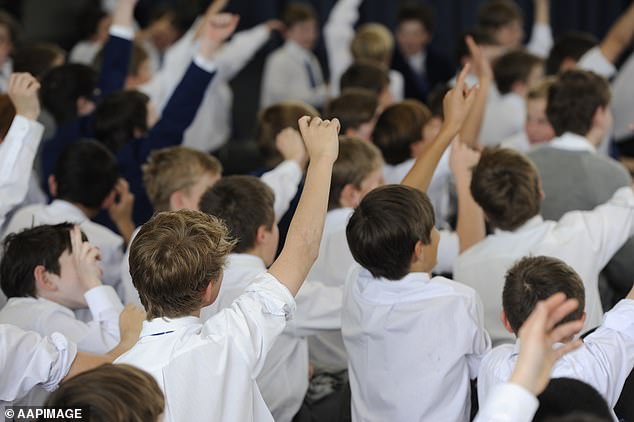 Boarding school pupils (pictured: Library iamge) coming from abroad will no longer have to isolate in hotels following pressure from parents and head teachers

They warned that hotel quarantine arrangements pose ‘a significant safeguarding risk’ with minors isolated and alone in hotel rooms.

The letter warned rules around self-isolation for travellers – which came into effect on February 15 – could lead to minors quarantining in hotel rooms alone, or with adults they do not know.

Last month, parents of children travelling back to school in the UK pleaded with the Government to rethink the rules.

Independent Schools Council chief executive Julie Robinson said: ‘We are delighted that this guidance enables all international boarders to return to school if they are able to.

‘And we appreciate the strict conditions imposed on boarding houses to make it possible.’

The new DfE guidance, published just days before schools reopen in England, says that students must travel to the schools in a motor vehicle, and not public transport, and that it must be pre-arranged by the school.

The guidance adds: ‘The Secretary of State has determined that in the case of boarding school students, the quarantine is to take place in accommodation that comprises of residential facilities organised by the school or college in England that the pupil or student (as the case may be) is due to attend as a pupil or student on their arrival in England. 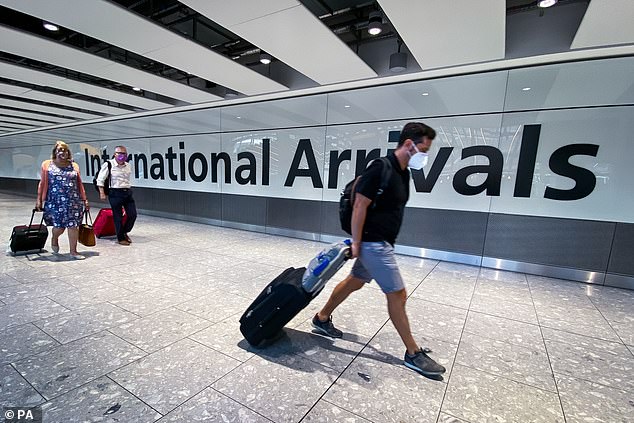 The letter warned rules around self-isolation for travellers (pictured: Arrivals at Heathrow: Library image) – which came into effect on February 15 – could lead to minors quarantining in hotel rooms alone, or with adults they do not know.

Robin Fletcher, chief executive of the BSA, which represents 500 schools across the UK, said: ‘This is excellent news for our member schools and we’re grateful to the Department for Education for its support.

‘Boarding schools are self-contained bubbles – our experience of the previous lockdown tells us that any Covid cases can be managed carefully, limiting the risk of cases spreading to an absolute minimum.

‘It also means students are being cared for and supported by schools’ pastoral staff, ensuring their safety and wellbeing.

‘We hope the same arrangements can be put in place for students in Wales, Scotland and Northern Ireland and we will be continuing our efforts for this to happen.’