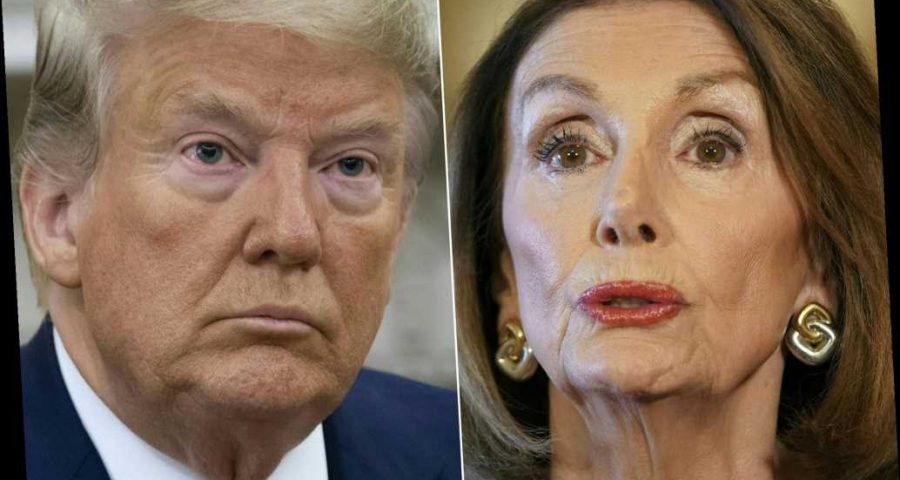 Here’s what could happen if Trump is impeached again

WASHINGTON — Articles of impeachment charging President Trump with “incitement of insurrection” were introduced by House Democrats on Monday after last week’s violent US Capitol siege — describing him as “a threat to national security” and seeking to bar him from running for president in the future.

The single impeachment article accuses Trump of making repeated false claims about widespread fraud in the US election, inciting his supporters to interrupt a vote on Biden’s Electoral College victory in Congress last week, and pressuring Georgia’s secretary of state to overturn Biden’s win in the Peach State.

“In all this, President Trump gravely endangered the security of the United States and its institutions of Government,” the document reads.

“He threatened the integrity of the democratic system, interfered with the peaceful transition of power, and imperiled a coequal branch of government. He therefore betrayed his trust as President, to the manifest injury of the people of the United States.”

“Donald John Trump, by such conduct, has demonstrated that he will remain a threat to national security, democracy, and the Constitution if allowed to remain in office, and has acted in a manner grossly incompatible with self-governance and the rule of law.”

“Donald John Trump thus warrants impeachment and trial, removal from office, and disqualification to hold and enjoy any office of honor, trust, or profit under the United States,” the document continues with a clause that would block Trump from running in 2024.

But that motion was immediately blocked by Republicans, and Democrats moved to bring impeachment proceedings to the floor in a bid to make Trump the only commander in chief to be impeached twice.

The 25th amendment resolution from Maryland Rep. Jamie Raskin accused Trump of being unable to perform “the most basic and fundamental powers and duties of his office” and called on Pence to “immediately” use his powers as vice president to convene the cabinet and replace Trump as acting president.

“[T]hese insurrectionary protests were widely advertised and broadly encouraged by President Donald J. Trump, who repeatedly urged his millions of followers on Twitter and other social media outlets to come to Washington on Jan. 6 to ‘‘Stop the Steal’’ of the 2020 Presidential election,” the resolution reads, referring to a rally the president held outside the White House in the hours before the riots.

But House Republicans blocked quick consideration of the bill with GOP Rep. Alex Mooney of West Virginia objecting Monday morning. So per the Democrats’ threat, they will go right to impeachment proceedings on Tuesday.

In a letter to her colleagues on Sunday evening, House Speaker Nancy Pelosi called on them to “act with urgency,” describing Trump as “an imminent threat” to the Constitution and US democracy.

“As the days go by, the horror of the ongoing assault on our democracy perpetrated by this President is intensified and so is the immediate need for action,” she said.

Pelosi admitted in a “60 Minutes” interview Sunday that an impetus for the second impeachment push was to try and bar Trump from being able to run again, potentially in 2024.

Senior Democratic leaders have repeatedly called on Pence to invoke the 25th Amendment and replace Trump in the wake of last week’s storming of the Capitol which left five people dead.

While several cabinet members have quit in protest of the president’s handling of the crisis, it’s unlikely that Pence will take such drastic and destabilizing action with just nine days left in Trump’s presidency.

The amendment says a president can be involuntarily stripped of his powers if he’s unable to fulfill his duties. Section 4 allows the vice president and cabinet to take power from the president without the chief executive’s consent.

On Friday, White House spokesman Judd Deere warned that impeaching Trump would only pour more gasoline on the fire.

“A politically motivated impeachment against a President, who has done a great job, with 12 days remaining in his term will only serve to further divide our great country,” Deere said in a statement.

While the impeachment articles have overwhelming support among House Democrats, it’s unclear whether they will pass the Republican-controlled Senate.

Several GOP lawmakers have broken with Trump and called on him to resign but have not said whether they would vote to impeach him. It is also not clear the Senate would even take it up in the waning days of his presidency and of this Senate session. The matter may be able to be taken up after Trump leaves office but that is not clear.