Contract closings retracted 1.5% from the month before to an annualized pace of 4.71 million, data from the National Association of Realtors showed Thursday. That was higher than the median estimate of 4.65 million from Bloomberg's survey. Sales fell by 23.8% from a year ago on an unadjusted basis.

The waning demand is showing up in prices, with the median price falling month over month for the third time in a row.

“The housing sector continues to undergo an adjustment due to the continuous rise in interest rates, which eclipsed 6% for 30-year fixed mortgages in September and are now approaching 7%,” NAR Chief Economist Lawrence Yun said in a statement. “Expensive regions of the country are especially feeling the pinch and seeing larger declines in sales.”

High financing costs and elevated home prices have weakened purchasing power for many homebuyers, especially first-timers. Additionally, some economists foresee more pullbacks from sellers as many homeowners have locked in lower interest rates.

“The higher mortgage rates rise, the more existing homeowners will go on strike from selling in the market and lock into lower rates. The tenure length for a homeowner is over 10 years,” wrote First American Chief Economist Mark Fleming.

The average rate on a 30-year fixed mortgage inched up to 6.94% this week, according to Freddie Mac, remaining at the highest level in 20 years.

Expensive borrowing costs come as Treasury yields soared to multiyear highs. The central bank is expected to raise interest rates by three-quarters of a point next month after inflation data came in hotter than expected.

“Despite weaker sales, multiple offers are still occurring with more than a quarter of homes selling above list price due to limited inventory,” Yun added. “The current lack of supply underscores the vast contrast with the previous major market downturn from 2008 to 2010, when inventory levels were four times higher than they are today.” 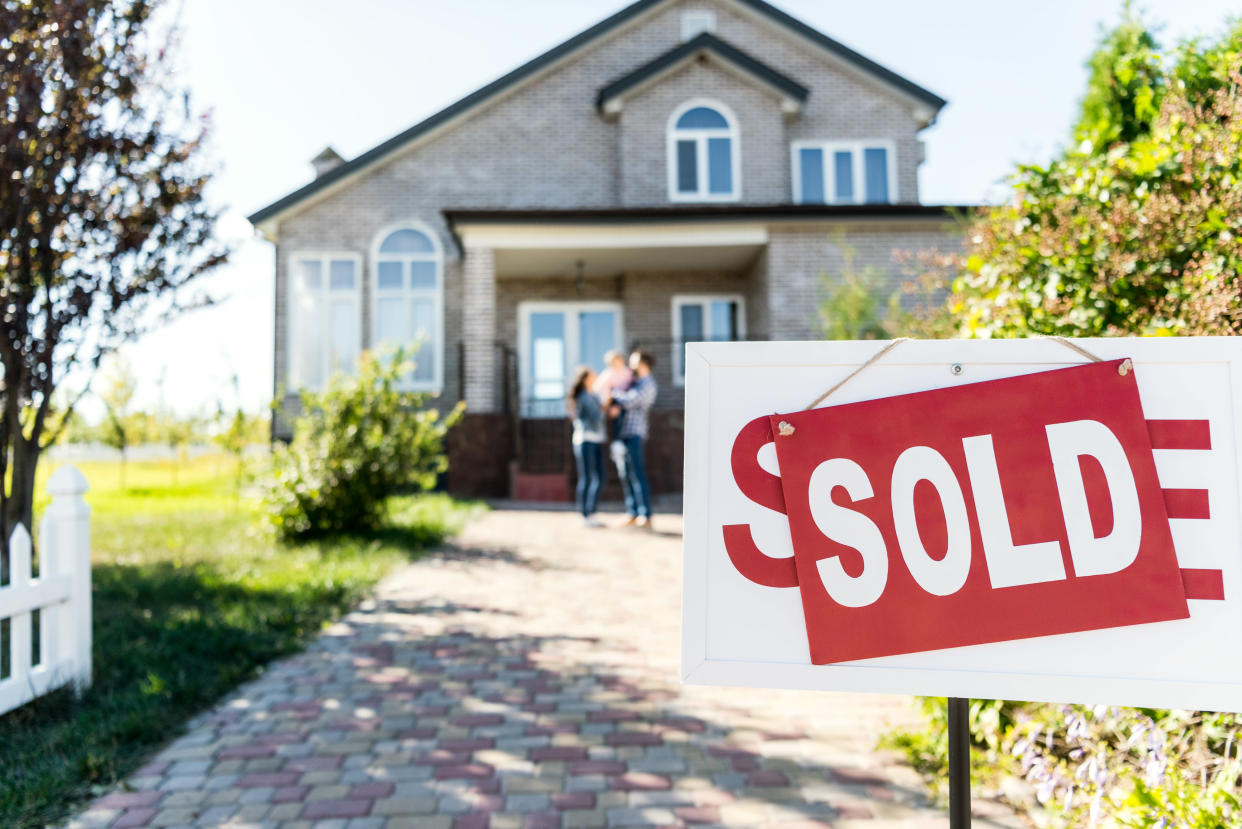 The number of homes for sale at the end of September was 1.25 million, down 2.3% from August and 0.8% from the prior year. New listings are down 17%, indicating that sellers are rethinking their plans.

At the current sales pace, it would take 3.2 months to sell all homes on the market. Realtors see anything below five months of supply as signal of a tight market.

Still, 70% of homes sold in September were on the market for less than a month.

The median selling price rose 8.4% from a year earlier to $384,800, marking 127 consecutive months of annual increases — the longest streak on record.

But prices are beginning to soften on a monthly basis. The September decline was the third consecutive month-over-month drop in median sales price, after peaking in June.

First-time buyers accounted for 29% all transactions in September, consistent from August 2022 and slightly higher than 28% in September 2021.

Cash sales represented 22% of total sales. Investors, who typically pay in cash for a home, made up 15% of the market, up 13% from a year ago. That's down 16% from a month earlier.

Download the Yahoo Finance app for Apple or Android